Hurricane Dorian has torn through the Atlantic Ocean through the last two weeks, gradually picking up speed towards a devastating category 5 storm over the Bahamas. The system wreaked havoc over the island nation last week, with an estimated 20 people dead and thousands of homes destroyed. Residents of Grand Bahama noted storm surges swelling above two stories and many people were left stranded. While the storm has now weakened to a category 2, it remains a considerable threat to the US east coast.

In their latest advisory, the NOAA said Dorian will become a “hurricane-force post-tropical cyclone” by this weekend.

The update reads: “Dorian is moving toward the northeast near 10 mph (17 km/h), and this general motion is expected to continue with an increase in forward speed through Saturday.

“On the forecast track, the centre of Dorian will continue to move close to the coast of eastern South Carolina for the next several hours, and then move near or over the coast of North Carolina tonight and Friday.

“The centre should move to the southeast of extreme southeastern New England Friday night and Saturday morning, and approach Nova Scotia later Saturday or Saturday night.” 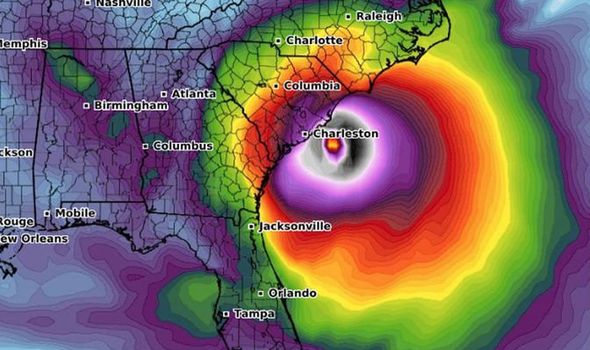 “Slow weakening is expected during the next few days.

“However, Dorian is expected to remain a powerful hurricane as the centre moves near the coasts of South and North Carolina.

“Dorian is forecast to become a hurricane-force post-tropical cyclone by Saturday night as it approaches Nova Scotia.” 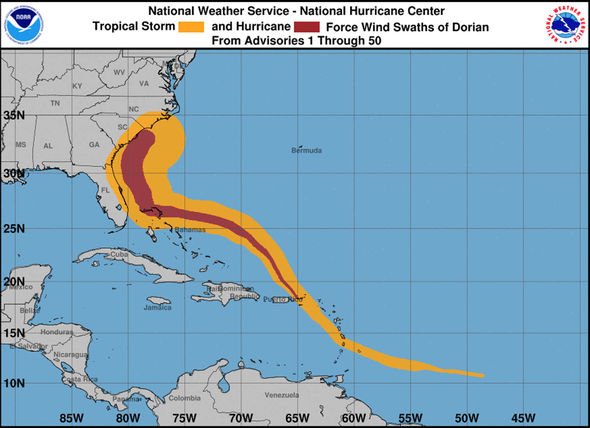 The following warnings are in effect: 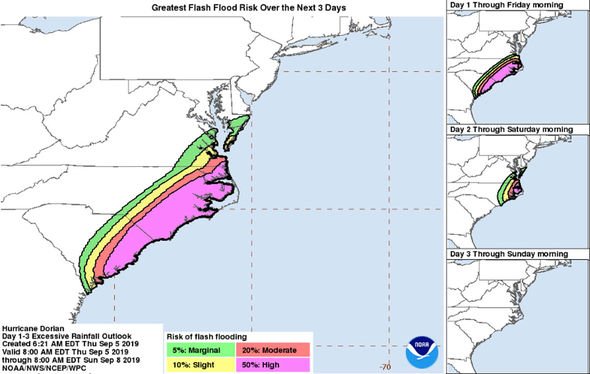 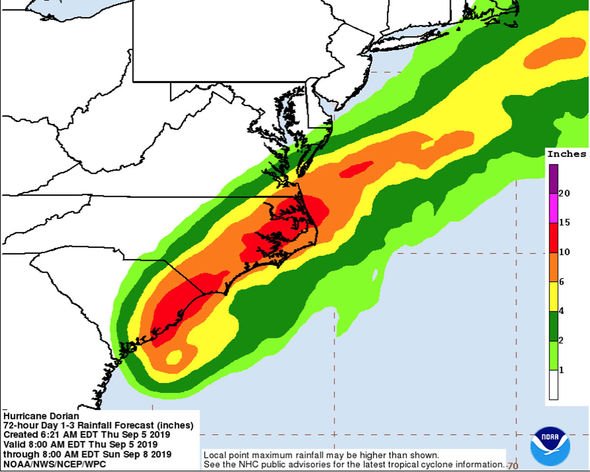 Speaking to the Guardian, she said: “Grand Bahama is not in good shape at all because 70% of it was under water.

“On the north side of the island the water was coming up to the second floor of their houses.

“My assistant Tammy was on the roof of her house for 30 hours hanging on to a coconut tree with her 8-year-old daughter Ariana.

“Her grandmother lost her grip and slipped off the roof and drowned. There was no way of getting to them. They’ve lost everything.”