Hurricane Dorian cause widespread devastation on its path across the Bahamas from Sunday to Tuesday, destroying people’s homes and leaving them stranded, without food, clean water, essential medication or shelter. Relief organisations are working in the region to help save lives in the aftermath of the “generational” disaster, hoping to help the 13,000 households who lost their homes and the 60,000 people without food supplies. But now the scope of the devastation is beginning to become clearer, as relatives and friends desperately seek to find thousands of loved ones lost amid the chaos of Hurricane Dorian.

Thousands of people in the Bahamas have now taken to social media in a bid to track down their nearest and dearest.

International search and rescue teams from several other countries are now on the ground in the Bahamas attempting to seek out survivors who are stranded by the floodwaters – but still thousands are missing.

The Washington Post revealed that one website created on Sunday night, in the middle of the terrifying storm, had thousands of missing people on it by Wednesday.

The website DorianSearchPeople.com lists the names of more than 5,500 people who have been missing since the storm. 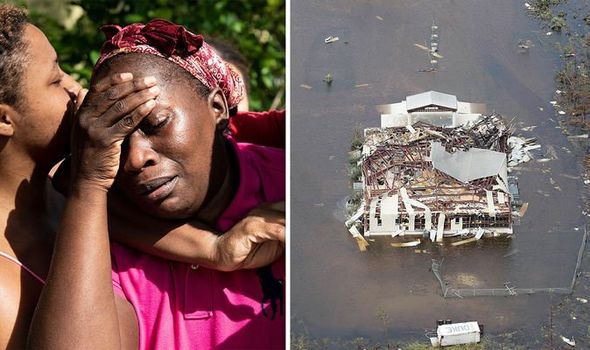 The site founder Vanessa Pritchard-Ansell told the WP she created the website because the previous system, a 40-page Google Docs spreadsheet, had become difficult to use effectively.

The number of people reported missing in the initial hours after a hurricane typically decreases dramatically in the ensuing days, as power and communications are restored.

But the Bahamian government have cautioned that the number of deaths will probably rise as authorities reach decimated areas of the islands.

In total there are roughly 70,000 people who live on the Abaco Islands and Grand Bahama and it is unclear how many were able to evacuate the most vulnerable areas. 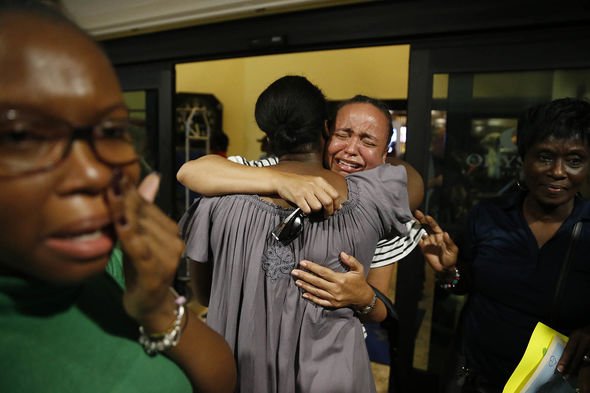 Ms Pritchard-Ansell told the Washington Post: “When you see that somebody has been found and their family knows where they are, you feel a moment of elation.

“But you also know that there are so many thousands of others who have not been accounted for.”

According to the latest NOAA update Hurricane Dorian is tracking across the Atlantic Ocean as a Category 3 hurricane.

The National Hurricane Center issued a bulletin at at 5am EDT (10am BST), recorded the eye of Hurricane Dorian was located near latitude 31.7 north, longitude 79.5 west, which is around 80 miles south southeast of Charleston, South Carolina, and 200 miles south southwest of Wilmington, North Carolina. 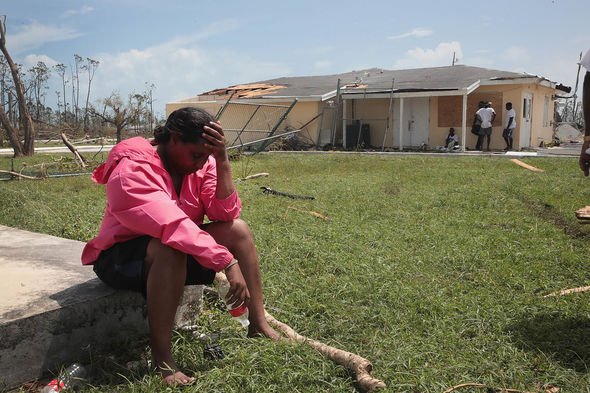 The maximum sustained winds of the barrelling storm have been recorded at 115mph. 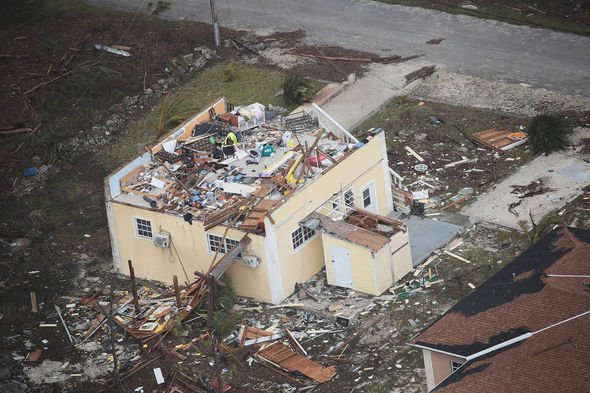 The National Hurricane Center advisory reads: “A turn to the north northeast is anticipated today, with a turn toward the northeast by tonight.

“A northeastward motion at a faster forward speed is forecast on Friday.

“On the forecast track, the centre of Dorian will continue to move close to the coast of South Carolina through the day, and then move near or over the coast of North Carolina tonight and Friday.

“The centre should move to the southeast of extreme southeastern New England Friday night and Saturday morning, and approach Nova Scotia later on Saturday.”