Florida has declared a state of emergency as hurricane Dorian tracks away from Puerto Rica and closer to the Sunshine State. Dorian has already wreaked havoc on the British and US Virgin Islands, as hurricane-force winds downed trees and power lines. With winds of 85mph, forecasters are predicting yet more strengthening – giving Dorian the potential to reach a Category 3 hurricane with winds of 114mph.

The exact path of the dangerous hurricane is unknown, as just a slight variation in its track could impact different states.

Accuweather Senior Meteorologist Adam Douty explained: “A very small fluctuation in the overall weather pattern will have a large influence in where Dorian ultimately tracks and how it impacts the continental US.

“If Dorian does slow and turns to the north, impacts in the Carolinas would be much more significant while Florida would be spared from major damage.” 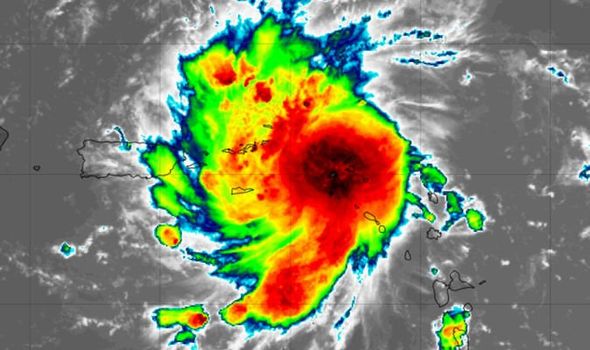 Satellite images are showing the churning winds of hurricane Dorian, and the ominously black eye of the storm.

The storm is packing wind speeds of 85mph and is tracking northwestward at a speed of 13mph.

The NHC expects a west-northwestward motion to begin in Friday night, and strengthening of the hurricane over the next few days – warning Dorian will strengthen into “powerful hurricane during the next couple of days”. 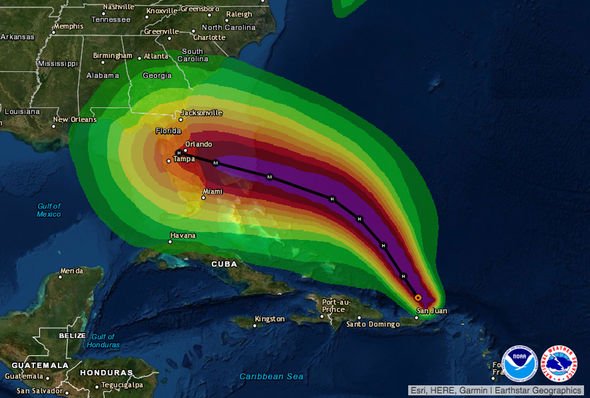 The Coast Guard Captain of the Port has warned to expect hurricane-force winds, setting port condition Whiskey for Port Canaveral in Florida.

This classification level means gale force winds are expected within 72 hours and means all ocean-going commercial vessels and ocean-going barges greater than 500 gross tons should make plans for departing the port, and vessels that want to stay in port must receive permission from COTP.

The Coast Guard is also warning the public to:

– Stay off the water. During strong storms, help could be delayed if accidents happen.

– Secure belongings. If boats, life rings, life jackets, and other vessels aren’t properly secured, they can break free during the storm. 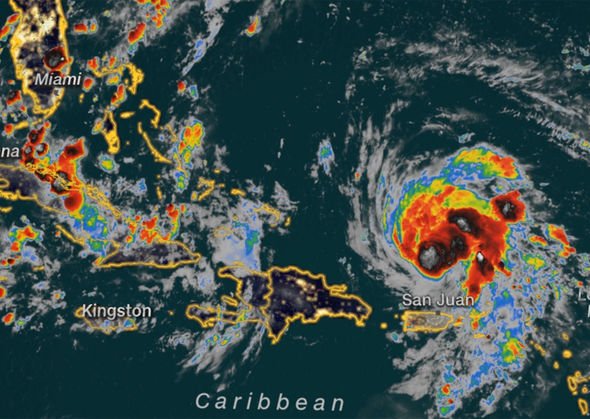 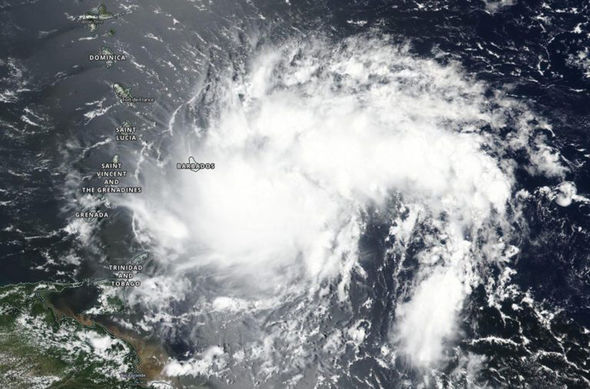 – Be prepared. Area residents should develop a family plan, have a disaster supply kit and a place to go, secure their home, and have a plan for pets.

– Stay informed. The public should monitor the progress and strength of the storm through local television, radio, and the internet.

– Don’t rely on social media. Social media should not be used to report life-threatening distress

Florida Governor Ron DeSantis has declared a state of emergency and urged residents to prepare for the oncoming hurricane.

Mr DeSantis said: “It’s important for Floridians on the East Coast to monitor this storm closely.

“Every Florida resident should have seven days of supplies, including food, water and medicine, and should have a plan in case of disaster.”