The US President said it appeared the storm’s winds would be “unbelievably high”. Trump cancelled a visit to Poland scheduled for the weekend and sent Mike Pence in his place. It comes as Florida’s governor expanded a state of emergency to prepare for Hurricane Dorian, which is forecast to make landfall on the Atlantic coast Monday as a dangerous Category 4 storm.

“It’s very important for me to be here. It looks like it could be a very, very big one.

“It does seem almost certain that it’s hitting dead center and that’s not good. The winds seem to be building at a tremendous rate. It looks like the winds are going to be unbelievably high.”

Florida resident, Angela Johnson, said: “We’re worried. This is not looking good for us. 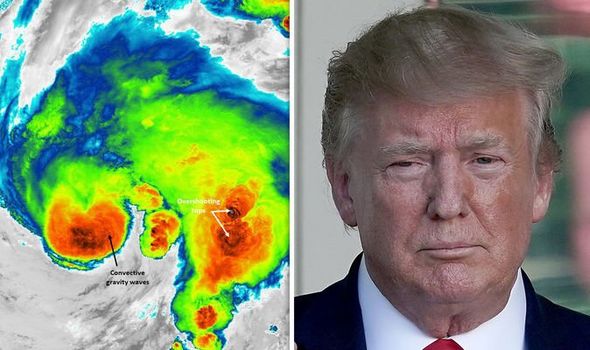 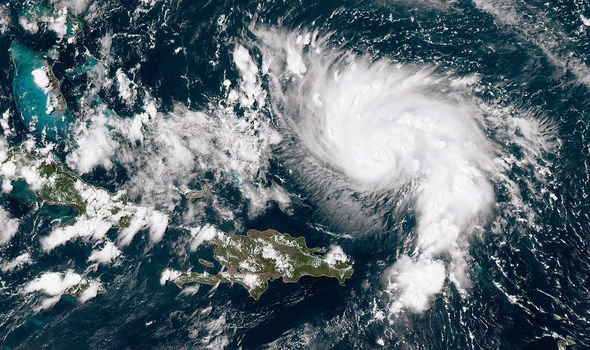 “We woke up a lot more scared than we went to bed last night, and the news is not getting any better.”

Hurricane Dorian is expected to strengthen into a Category 4 Hurricane throughout the weekend.

The tropical storm battered the US Virgin Islands and Puerto Rico on Wednesday night.

But it is likely to strengthen before making landfall in Florida over the weekend.

READ MORE: Hurricane Dorian 2019: ‘People have got to be ready’ 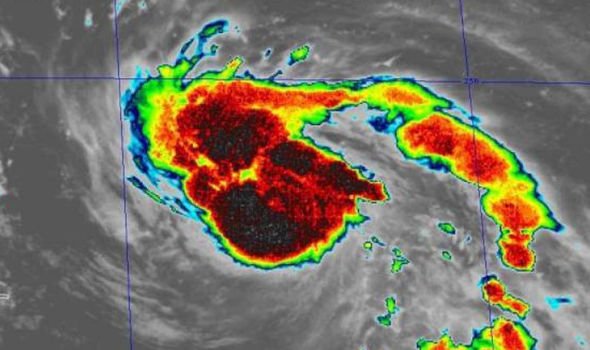 The tropical storm battered the US Virgin Islands and Puerto Rico on Wednesday night.

But it is likely to strengthen before making landfall in Florida over the weekend.

Dorian was originally set to be a Category 1 hurricane.

The storm is expected to hit somewhere between Florida and southern Georgia, possibly late on Sunday – according to the National Hurricane Centre (NHC). 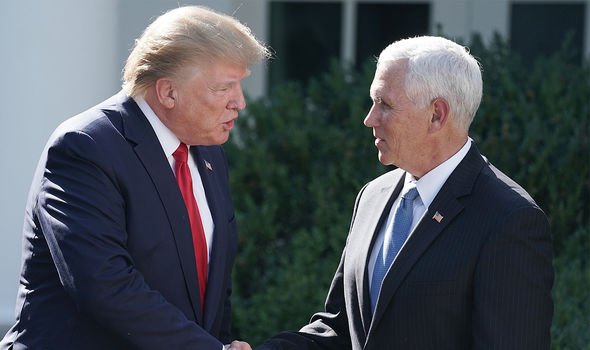 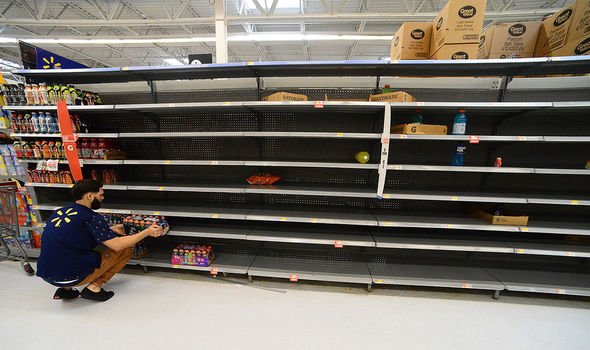 In its advisory, the NHC warned of “devastating hurricane force winds along the Florida East Coast”.

The NHC have warned the hurricane could turn “extremely dangerous”.

Major storms in the past have quickly gained in intensity and claimed the lives of thousands of people.

Hurricane Katrina hit near Grand Isle, Louisiana in 2005, as a Category 3 intensity.

Hurricane Katrina is thought to have killed 1,833 people.

Hurricane Sandy approached the US in 2012 as a Category 2 storm, and later strengthened to a Category 3 hurricane. 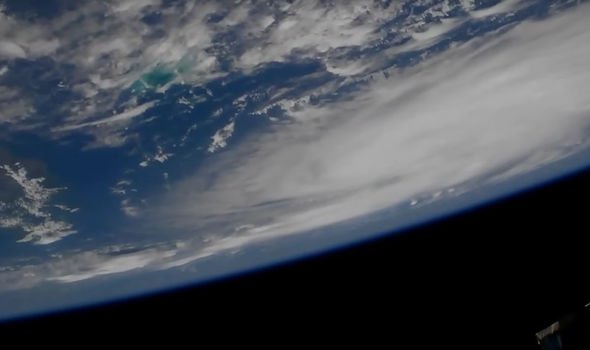 It is thought to have been the most deadly hurricane in the 2012 Atlantic hurricane season, with reports suggesting 285 people were killed as a result of the storm.

Hurricane Irma was the first storm on record to maintain wind speeds of 185 mph for 37 hours.

Known as the deadliest natural disaster ever to have occurred in the United States, the 1900 Galveston hurricane is thought to have killed between 6,000-12,000 people.