The Weather Channel's Mike Seidel was seemingly battling to stay upright as he filmed a piece in North Carolina – only for two pedestrians to calmly stroll past in the background. Speaking as he fought to stay in shot, he whined: "This is about as nasty as it's been".

But viewers spotted the pair walking down a road behind him – seemingly unaffected by the wind.

The bizarre video racked up a million Facebook views in a matter of hours.

A spokesman for the Weather Channel said: “It’s important to note that the two individuals in the background are walking on concrete, and Mike Seidel is trying to maintain his footing on wet grass, after reporting on-air until 1am this morning and is undoubtedly exhausted.”

The deadly storm made landfall on the east coast of the US on Friday bringing with it "biblical" flooding on what's been described as a "thousand-year rain event". It has already claimed five victims, with a mother and her baby crushed by a tree in North Carolina.

Police in Wilmington confirmed the mother, Lesha Murphy-Johnson, and baby Adam died, with the tot's father rescued and rushed to hospital.

Authorities also confirmed a 78-year-old man's body was found outside by family after being electrocuted while trying to connect extension cords in the rain.

Cops say a woman in Pender County, North Carolina, died after suffering a heart attack but paramedics were unable to reach her due to blocked roads.

A 77-year-old man has also died after apparently being knocked down by the wind when he went out to check on his hunting dogs. 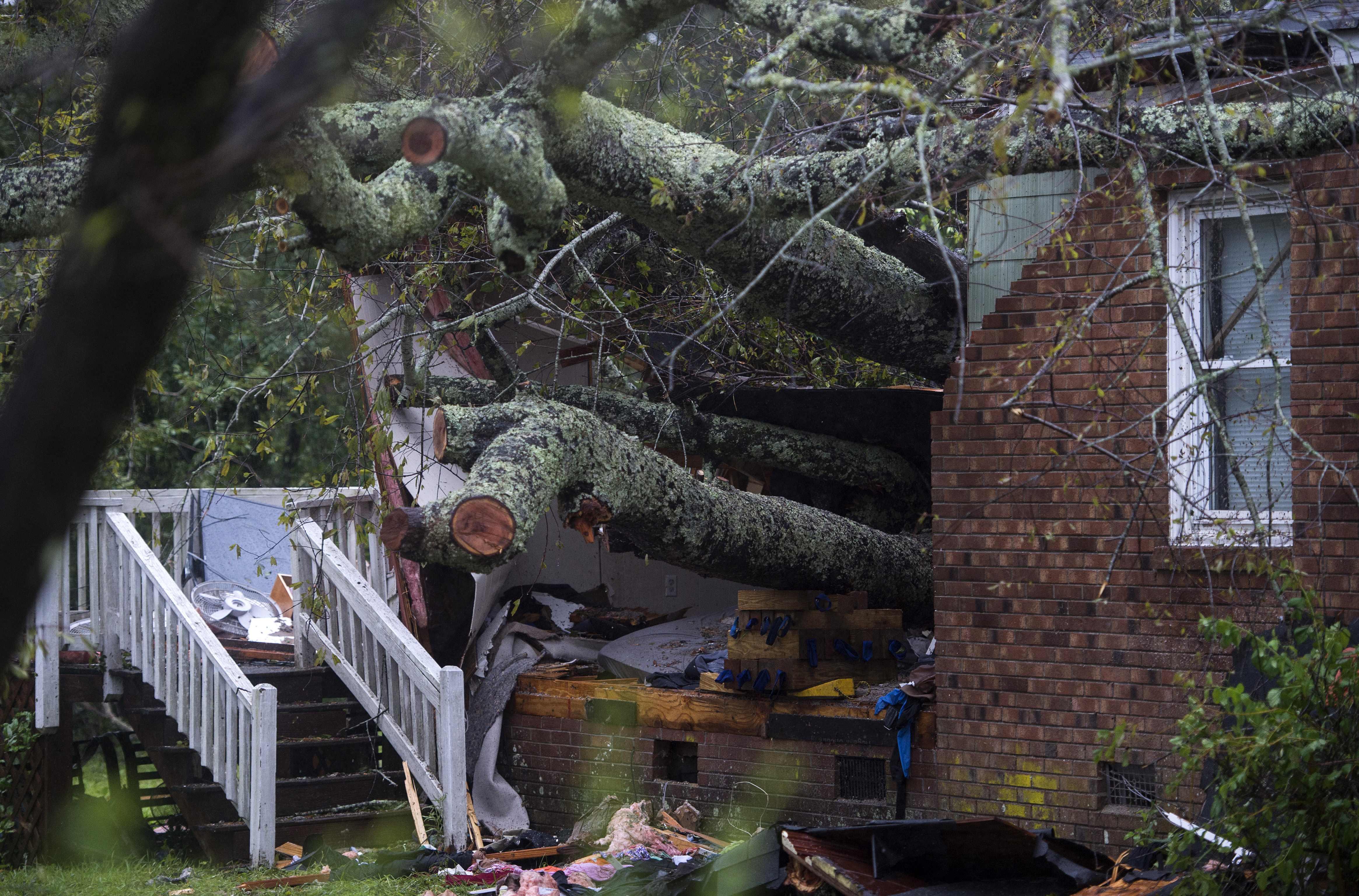 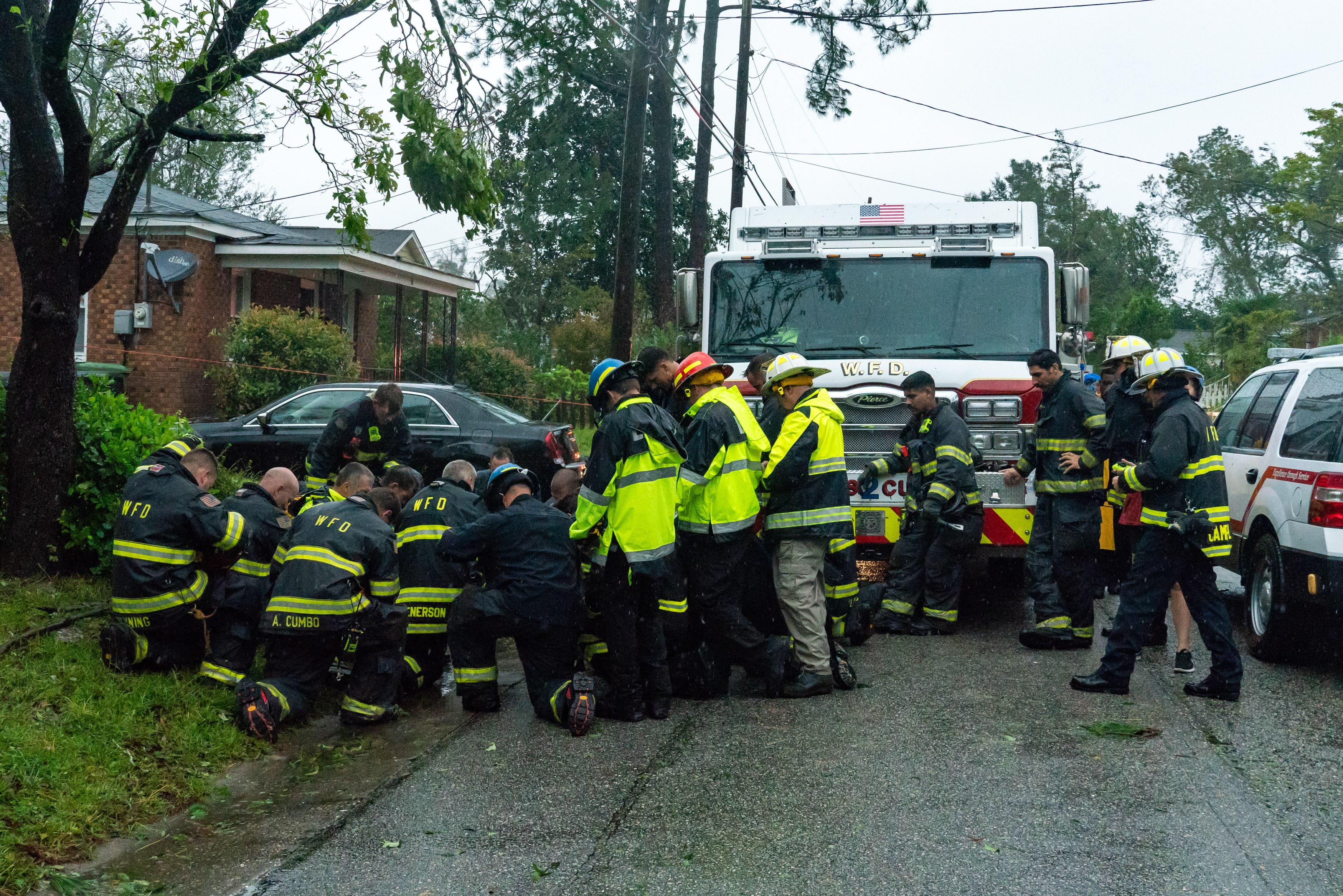 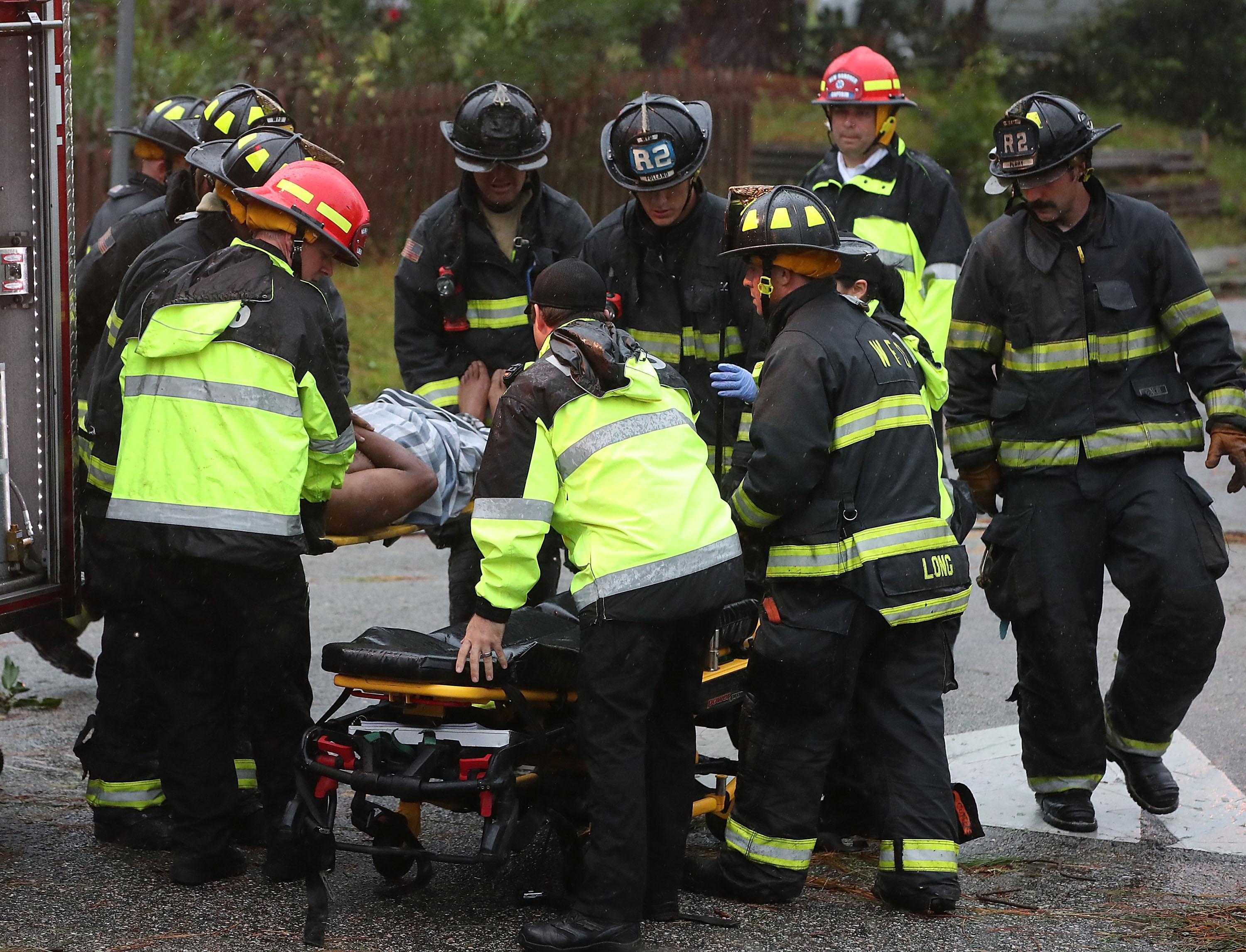 The 400-mile-wide hurricane has already splintered buildings, trapped hundreds of people and swamped entire communities along the Carolina coast.

Forecasters warned that drenching rains of up to 3ft as the 90mph storm crawls westward across North and South Carolina could trigger epic flooding well inland over the next few days.

The storm has already dumped up to 15 inches more on the Carolinas this morning.