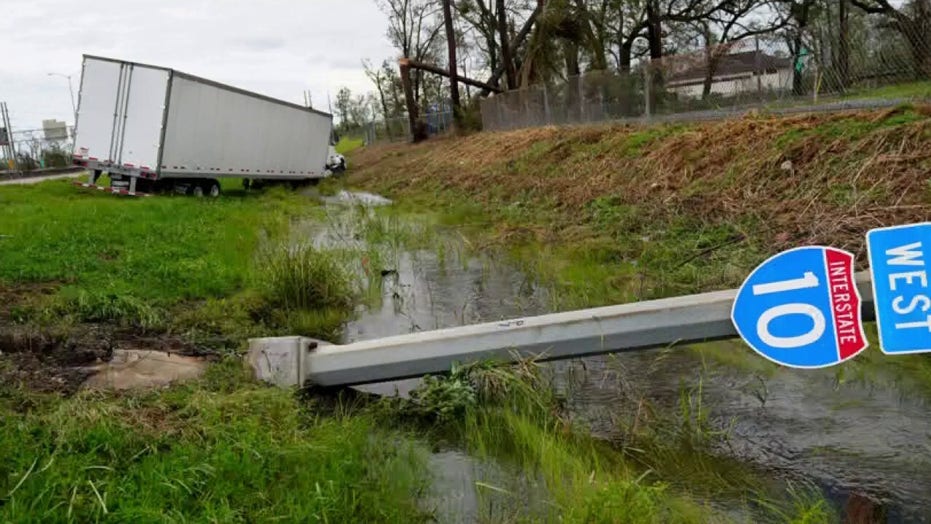 Sen. Kennedy: Louisiana looks like it’s been ‘bombed,’ safety is the major concern

Louisiana Sen. John Kennedy describes the condition of the state during Hurricane Laura on ‘America’s Newsroom.’

As day broke in Louisiana, residents in the path of Hurricane Laura were waking up to discover its aftermath: widespread power outages, blocked and flooded roadways and gutted buildings.

Laura made landfall earlier Thursday as a Category 4 storm with winds of 150 mph and forecasters warning of and “unsurvivable storm surge” that would cause “catastrophic damage.” Laura weakened to a Category 2 hurricane as it moved deeper inland, although officials warned that it remains extremely dangerous with maximum sustained winds of 110 mph more than five hours after landfall.

“As we wake up today, everyone must remember that the threat #Laura poses to Louisiana is ongoing,” Gov. John Bel Edwards tweeted. “Stay home, continue to heed the warnings and instructions of local officials and monitor your local news to stay informed.”

The first fatality from the storm was a 14-year-old girl who died when a tree fell on her home, according to Gov. John Bel Edwards. His Deputy Chief of Staff Christina Stephens tweeted: “We do expect that there could be more fatalities."

While it’s still too early to assess the full extent of the damage left in the storm’s path, reports have begun to show the aftermath in communities near the coast. 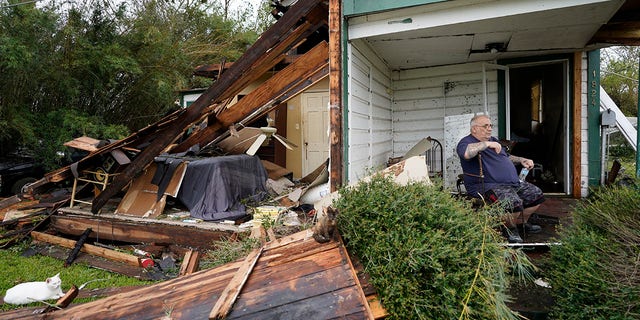 Chris Johnson views destruction at his home on Thursday, Aug. 27, 2020, in Lake Charles, La., after Hurricane Laura moved through the state. Johnson stayed in his home as the storm passed. (AP Photo/Gerald Herbert)

The storm knocked out power for more than 400,000 residents across the state as of Thursday morning, with those numbers climbing as authorities assess the damage, the New Orleans Time-Picayune reported. Nearly 9,000 contractors were waiting for strong winds to die down before beginning the work to restore power.

The eye passed directly over Lake Charles, where drone video shows roofs ripped off, exposing living rooms to the elements; trees downed and water overflowing the banks of coastal properties.

Gusts ripped off almost all the windows of a skyscraper in Lake Charles and sent glass and debris swirling through the air.

“These buildings had the majority of their windows completey [sic] blown out,” National Geographic photographer and storm chaser Mike Thiess wrote on Twitter. 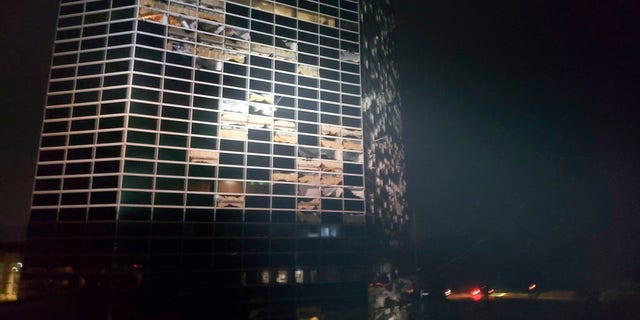 Hurricane-force winds blew out the windows of a building that stands in Lake Charles on Thursday. (Stephen Jones via AP)

Brett Geymann lives in Moss Bluff, just north of Lake Charles, and said his house survived but every other building, structure and tree on his property is gone.

Geymann said his family was unharmed, but “there's destruction all around" them. He described the scene as looking "like 1,000 tornadoes" came through, with some houses “totally gone.” 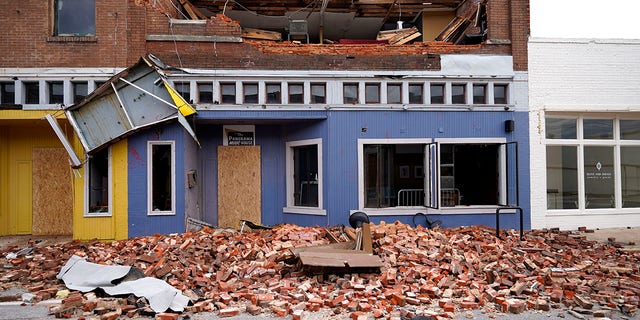 Debris is seen near a business on Thursday, Aug. 27, 2020, in Lake Charles, La., in the aftermath of Hurricane Laura. (AP Photo/Gerald Herbert)

The storm surge swallowed a car in Vinton, about 26 miles west of Lake Charles, and knocked down the roof of a gas station, KPRC reporter Re'Chelle Turner tweeted.

Pictures out of West Lake, about 4 miles west of Lake Charles, showed collapsed structures and power poles leaning over roads.

More than 580,000 coastal residents in Louisiana and Texas were ordered to join the largest evacuation since the coronavirus pandemic began and many did, filling hotels and sleeping in cars since officials didn't want to open mass shelters and worsen the spread of COVID-19. 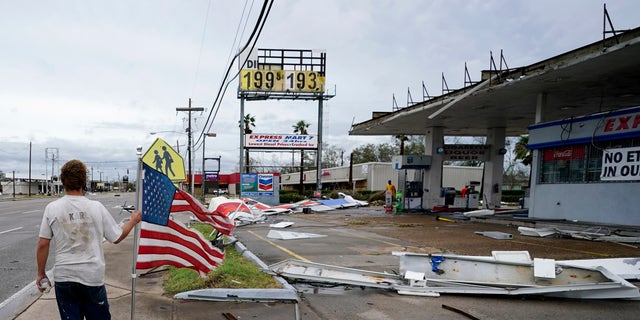 Dustin Amos walks near debris at a gas station on Thursday in Lake Charles, La., after Hurricane Laura moved through the area. (AP)

However, not everyone in the path of the storm chose to leave.

“There are some people still in town and people are calling … but there ain’t no way to get to them,” Tony Guillory, president of the Calcasieu Parish Police Jury, told the Associated Press early Thursday morning over the phone as he hunkered down in a Lake Charles government building that was shaking from the storm.

Guillory said he hopes stranded people can be rescued later Thursday but fears that blocked roads, downed power lines and flooding could get in the way.

The hurricane is expected to keep drenching Louisiana and then Arkansas as a tropical storm, causing widespread flash flooding and damage from winds.