Hurricane tracker: The THREE hurricanes on collision course with each other

The peak of the 2019 Atlantic hurricane season has now passed, but tropical systems have continued to develop with no sign of stopping. So far, there have been 13 tropical depressions, 12 tropical storms, four hurricanes and two major hurricanes this season. There are three storms are currently churning across the Atlantic and according to the latest spaghetti models are potentially on a course to collide.

The phenomenon of two hurricanes colliding is called the Fujiwhara effect.

When two cyclones pass within 900 miles of one another, they can start to orbit.

However, if two storms get to within 190 miles of each other, they can collide or merge, turning the smaller storms into one gigantic superstorm.

In rare instances, close proximity can throw a storm off course, as was the case with hurricanes Hilary and Irwin in July 2017. 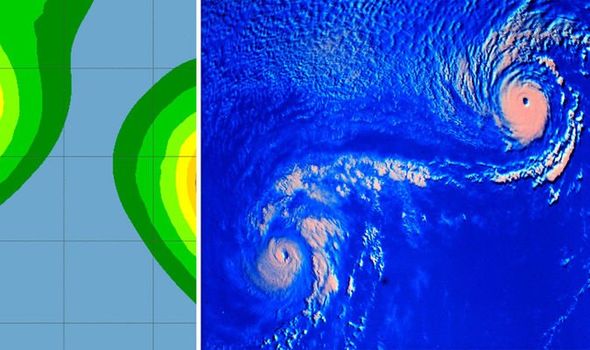 When two or more storms get within a certain distance of one another, what happens next is determined by the size of each storm.

If one storm is much stronger than the other, the smaller storm usually rotates around the larger one.

However, when both storms are similar in strength, they tend to orbit a common centre between the two. 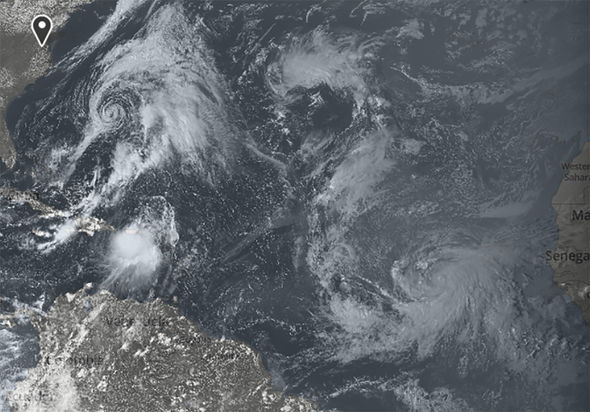 The storm is moving west northwest at 16mph and is predicted to continue this motion through early Thursday before it begins to head northwestwards on Thursday through Friday.

Lorenzo is forecast to strengthen into a hurricane by Wednesday and a major hurricane, meaning at least a Category 3 storm with wind speeds of 111mph to 129mph.

According to the National Hurricane Center, Lorenzo is expected to reach a maximum wind speed of around 121mph on Saturday. 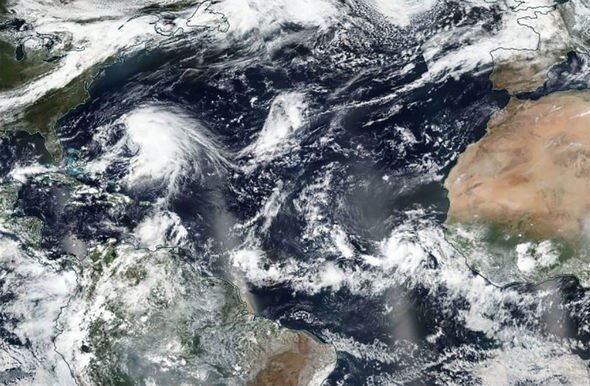 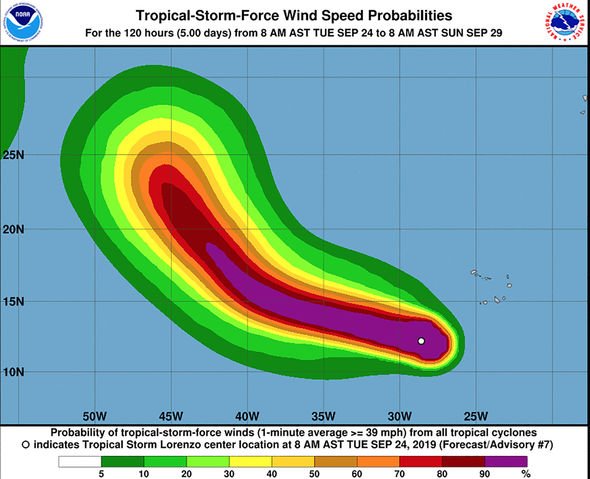 Currently, the storm has maximum sustained winds of 65mph and is moving west northwest at 16mph.

Tropical storm Karen has moved erratically over the past few hours as the centre has reformed a little to the west .

It is expected to resume a motion towards the north this afternoon and then proceed with a north northwestward motion through Wednesday.

On the forecast track, the centre of Karen will pass near or over Puerto Rico and the Virgin Islands this afternoon and then move over the western Atlantic tonight and Wednesday. 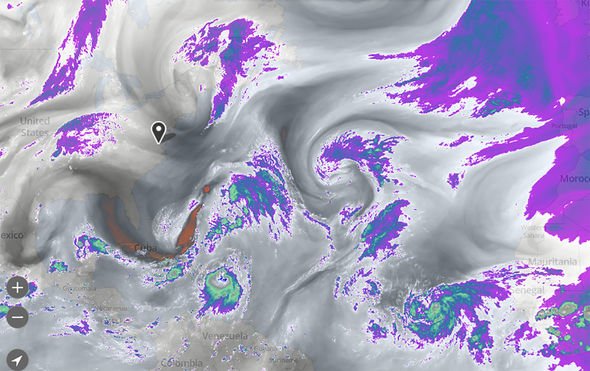 A slow strengthening is expected during the next few days, with winds currently recorded as nearly 45mph, with tropical-storm-force winds extending outward up to 80 miles, mainly to the southeast of the centre.

Karen is expected to reach a maximum wind speed of 69mph on Saturday and Sunday.

The final storm which is on a collision course to crash with these other storms is tropical storm Jerry which is tracking at latitude 30.9 north, longitude 69.1 west, about 270 miles west southwest of Bermuda.

The storm is moving towards the north at around 7mph and is predicted to turn to the northeast by tonight, followed by a turn to the east northeast on Wednesday.

The centre of the storm is anticipated to pass near Bermuda on Wednesday. 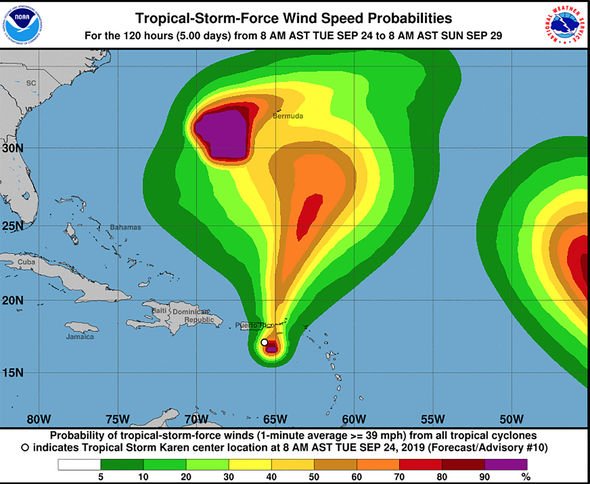 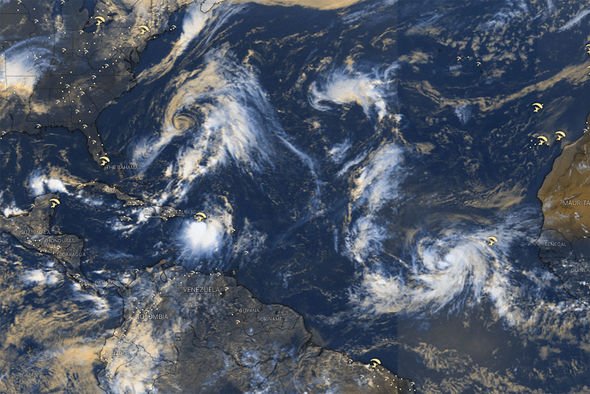 Gradual weakening of the maximum sustained winds is forecast during the next few days.

Tropical-storm-force winds extend outward up to 185 miles (295 km) from the centre.

Jerry is currently moving at 50mph and is Jerry is expected to reach a maximum wind speed of 52mph tomorrow.

According to these charts, the most likely sequence of events for an impact hit between these three storms is Karen crashing into Jerry first, before Jerry hits Lorenzo.