Hurricane Dorian is churning through the Atlantic as it nears the US east coast. The devastating hurricane, which has already killed at least 20 people in the Bahamas, is expected to close in on the US states of South Carolina in the next few hours. Storm surge could reach seven feet high and although the powerful Category 3 hurricane may not make a direct hit at the US, coastal cities should prepare for life-threatening conditions.

The National Hurricane Center (NHC) forecast motion should bring the core of Dorian near the coast of South Carolina during the next six to 12 hours and over the Outer Banks of North Carolina between 24 and 36 hours.

And as Dorian continues to put lives in danger, three more disturbances are developing in the Atlantic Ocean. 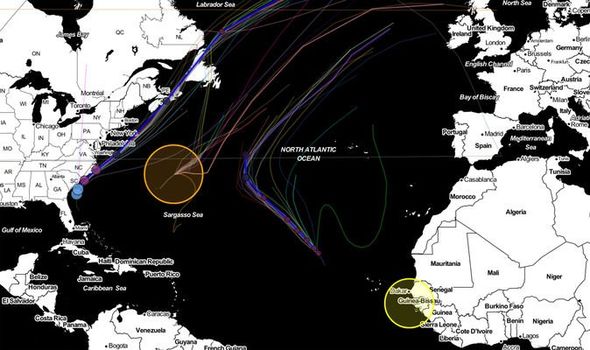 Fernand made landfall over the northeastern Mexico on Wednesday, but is no longer a well-defined cyclone.

The National Hurricane Center (NHC) said in its latest update the system does no longer meet the criteria of a tropical cyclone, and advisories will therefore stop.

Elsewhere in the Atlantic, however, Tropical Storm Gabrielle maintains its intensity while moving northwest over open waters.

Gabrielle is whipping out winds of 50mph and is moving at seven mph. 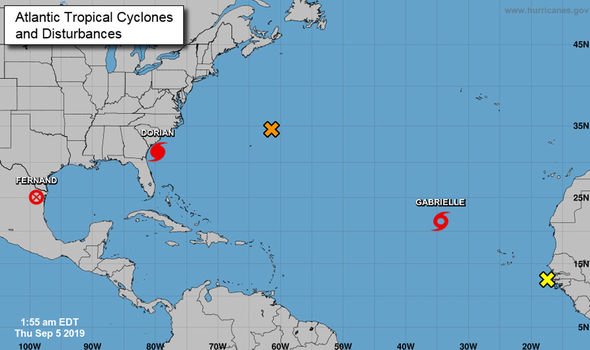 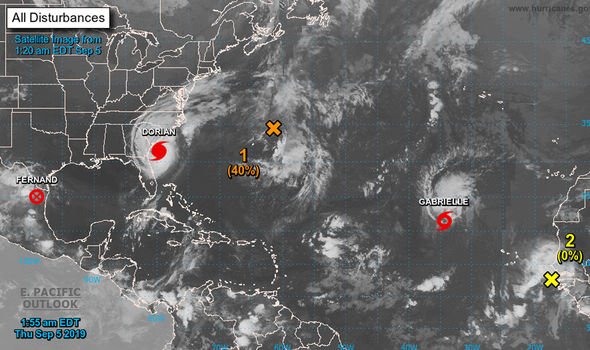 The powerful weather system is currently located 780 miles west-northwest of the Cabo Verde Islands and 1,220 miles south-southwest of the Azores.

There are no coastal watches or warnings in effect, according to the NHC.

A tropical wave along the coast of Africa will begin to move over the eastern Atlantic on Thursday night.

The weather system, named Disturbance 2 by the NHC, is not expected to strengthen enough to become a tropical storm through the next 48 hours, but a formation chance through the next five days is possible. 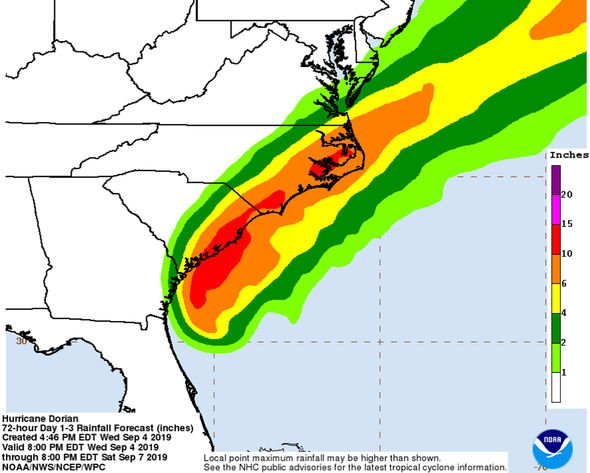 The NHC said: “Environmental conditions appear to be conducive for some slow development late this week, and this system has the potential to become a tropical depression early next week while it moves westward across the tropical Atlantic Ocean.”

A small area of low pressure is also churning through the Atlantic northeast of Bermuda.

Disturbance 1, located 200 miles from Bermuda, is producing limited showers and thunderstorms and is receiving unfavourable upper-level winds from Hurricane Dorian.

It is expected to inhibit further development during the next several days as the weather system moves northeastward into the central north Atlantic.