A Frenchman and his wife have been convicted of murdering a British businessman in 1996 after more than two decades evading justice.

Lacote and Van Acker, nicknamed the ‘Devil’s Couple’, were convicted in absentia in 2011 for the execution style killing of Mr Mitchell who was shot twice in the head in the coastal town of De Haan 24 years ago.

The pair were arrested in the Ivory Coast two years ago after living an astonishing life on the run in the US and Africa. 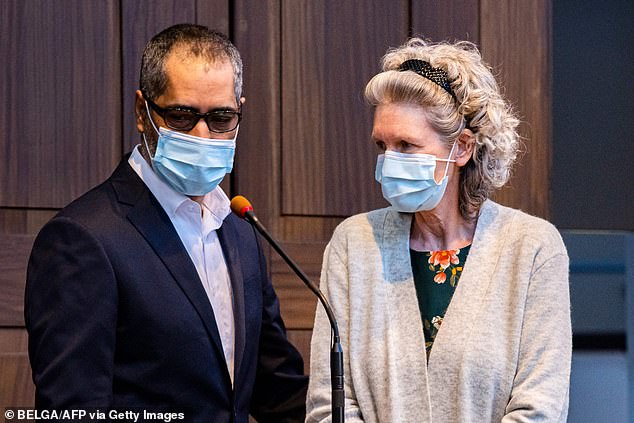 Jean-Claude Lacote, 54. (left) and Hilde Van Acker (right) have been convicted of murdering British businessman in 1996 Marcus John Mitchell, 44. Pictured: The pair at the beginning of their trial on March 5

They had pleaded not guilty but now face possible life imprisonment.

The trial, which began March 5, revealed the multiple lives of Lacote, who has a clothing business in the US and in the past has been a television producer in South Africa and ran an airline in the Ivory Coast.

Prosecutors said the couple were ‘professional criminals’ and said the murder was linked to an attempted fraud.

Mr Mitchell, a married father-of-three from Surrey, met Lacote after being duped into fronting money for what he thought was a deal to buy aviation parts.

After his money went missing he confronted Lacote to demand it back, and was shot twice in the head in May 1996. 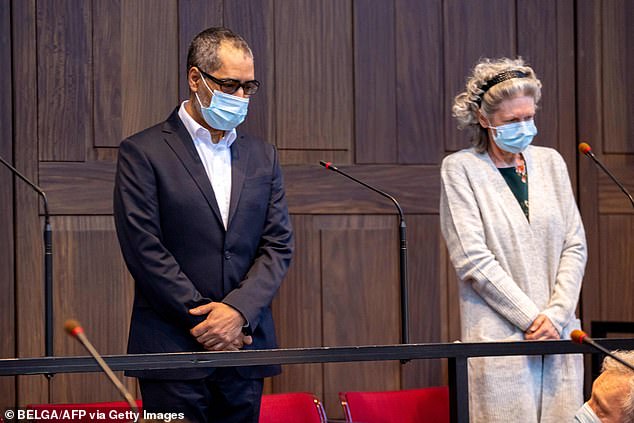 Lacote (left) and Van Acker (right), nicknamed the ‘Devil’s Couple’, were convicted in absentia in 2011 for the execution style killing of Mr Mitchell who was shot twice in the head in the coastal town of De Haan 24 years ago. Pictured: The pair at the beginning of their trial on March 5

His body was hidden in nearby sand dunes and discovered by playing children in De Haan, an upscale Belgian North Sea beach resort.

Investigators quickly discovered that he had been in regular contact with Lacote and Van Acker by telephone.

According to prosecutors, Mitchell had loaned Lacote a large sum of money for a false lead on a potential lucrative deal and the pair had fallen out.

It is believed Lacote and Van Acker fled to the UK on a ferry the day after the murder.

The pair were arrested at Charleroi aiport outside of Belgium later that year but were released on bail by police while the investigation was ongoing. 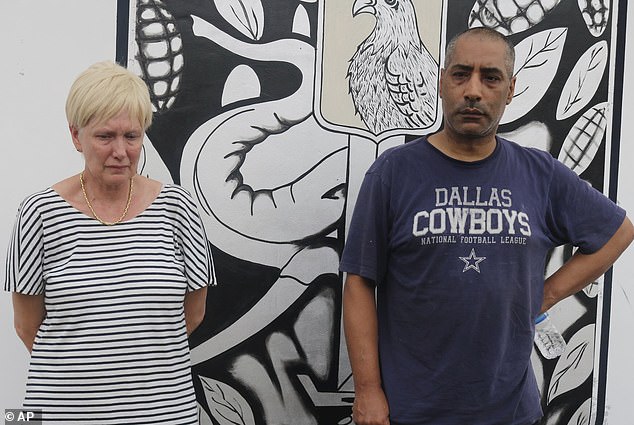 Despite being the subject of an Interpol red notice they were able to flee to the US where they founded a clothing business in Miami, Florida.

Lacote and Van Acker were then able to flee again to South Africa.

While there Lacote got work in TV, helping to produce a ten-episode series called Duty Calls which ran between 2000 and 2003.

The show followed real police officers to show how they ‘dealt with violent criminals and dangerous crime scenes.’

In 2003, after the show had ended, Lacote allegedly masterminded another plot to con a wealthy Irish businessman – again using the ruse of buying aeroplanes.

The businessman was put in touch with Lacote – posing as money lender Roger Wilcox – who offered to lend him £1.5million but with a surety of £1million.

The businessman agreed and paid the money into a South African account, before it vanished. 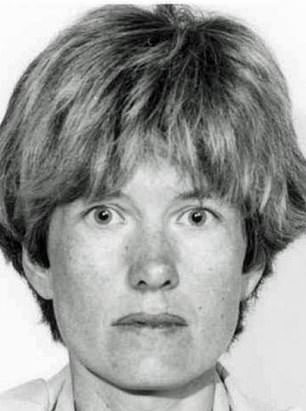 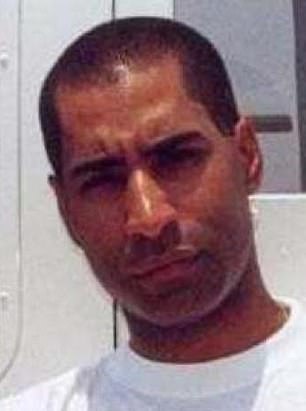 Lacote was arrested in 2007 and taken to a a Johannesburg jail where he was awaiting trial when he managed to escape.

Van Acker and others posed as police officers, using fake paperwork to free Lacote on the pretense of interviewing him for an investigation.

It took a week for South African police to notice he was gone, by which time he was thought to have gone to Brazil.

The couple then moved to Ivory Coast and lived there for a decade, raising a daughter born in 2007.

Lacote had taken charge of an aviation company backed by a Lebanese businessman and gained access to high-level Ivorian political circles.

In 2012 they were also convicted in absentia in France and Germany of making death threats and fraud.

Belgian police said they were aware of a Ferrari and house linked to Lacote being auctioned in 2013, but otherwise had seen no sign of the couple.

In 2016 they were placed on Europol’s most-wanted list, and in 2019 Van Acker featured heavily in the agency’s ‘crime has no gender’ campaign.

The pair were eventually arrested in the Ivory Coast in November 2019 under the pseudonyms Stephane Lacote and Marlene Lacote Vacker.