The brazen couple appear to be joining the Mile High Club as the young woman writhes in her partner's lap. 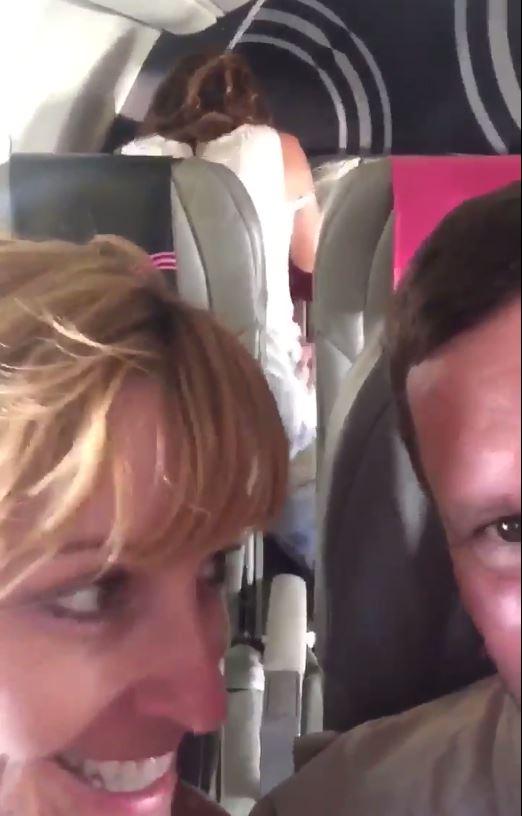 It was filmed by a middle-aged couple sitting two rows in front, who sent the footage to their daughter.

Kiley Tully posted it on Twitter saying: "My mom and dad were just trying to have a peaceful trip to Mexico and then they sent me this."

The video has been viewed more than 3.6million times since Sunday.

It shows her mum and dad's looks of horror as they film the bonkers behind them on selfie mode. 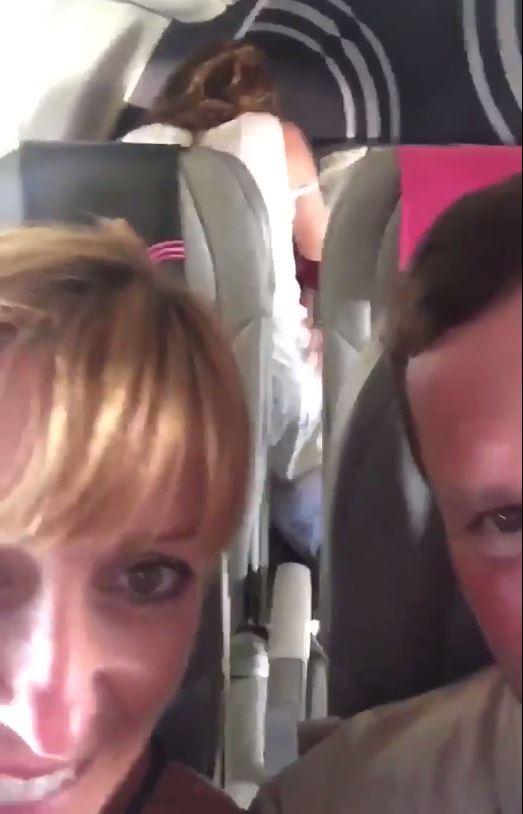 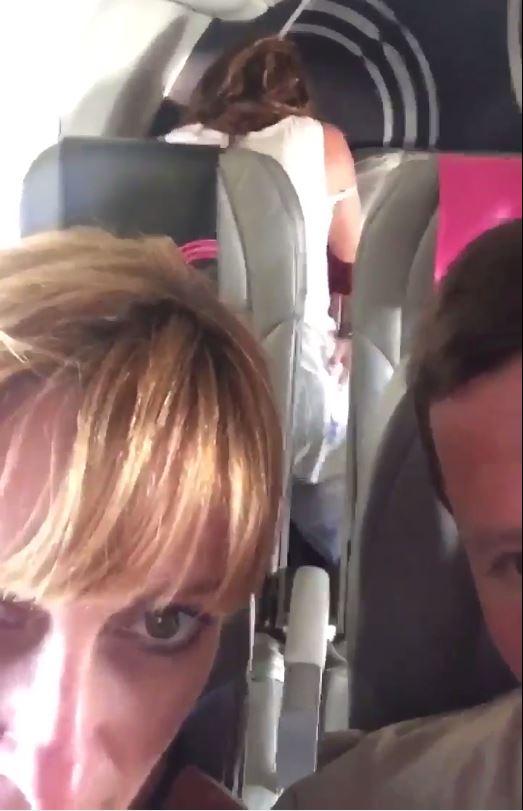 The amorous lovers seem unconcerned they can be seen by several of their fellow passengers.

At one point the camera pans around the cabin of the small commercial jet, and then back to show the man ruffling his lover's hair.

The crew appear not to have noticed what is happening and they are able to continue uninterrupted.

It was not clear which airline they were flying on or whether any action was taken by staff.

Earlier this year The Sun's exclusive video showed the moment a pair of strangers were caught joining the Mile High Club on a packed Virgin Atlantic flight from Gatwick to Cancun.

The British passengers were seen smooching before darting to the toilet on the Boeing 747.

A suspicious stewardess caught them in the act and asked: "Would you jeopardise your holiday for a b*** job?".

The woman, who was also seen brawling with a female pal, was arrested when the flight landed in Mexico and banned by the airline.