Husband wins £125,000 payout after botched circumcision left him with an ‘extremely buried penis’ and unable to have sex with his wife

A man left unable to go out in public or have sex with his wife after a circumcision left him with a ‘buried’ penis has been awarded a six-figure payout.

The man, from Barrow in Cumbria, was initially told he would undergo a minor ‘dorsal slit’ procedure – a single incision along the upper length of the foreskin – after experiencing difficulty urinating.

But minutes before being taken into theatre at Furness General Hospital, surgeon Kavinder Madhra told him he would carry out a full circumcision, where the entire foreskin is removed.

However during the procedure the doctor removed too much skin and he was left with an ‘extremely buried penis’.

The man, who was 54 at the time of the operation in October 2012, says it left him suicidal and almost caused the breakdown of his marriage.

He said he has refused to wear a large nappy because he is ‘not prepared to degrade myself any further’. 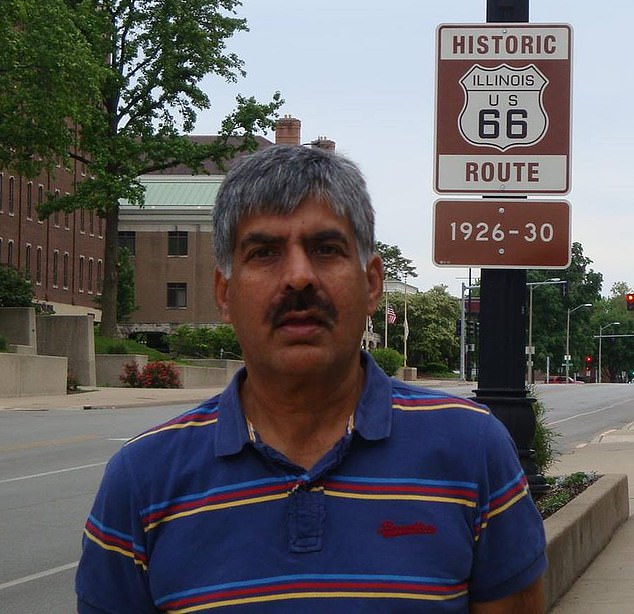 Surgeon Kavinder Madhra (pictured) told the patient he would carry out a full circumcision, but it went wrong – leaving the man unable to have sex 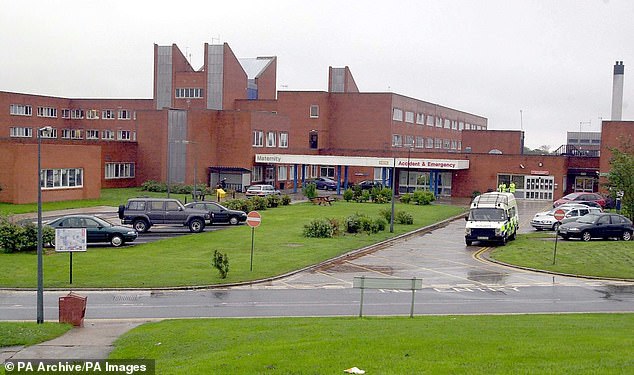 Doctor Kavinder Madhra was allowed to continue treating patients for four years despite hospital bosses warning he was a risk to patient safety, the NWE Mail reports.

In 2002 he was issued with a warning by the General Medical Council (GMC) because of clinical errors.

He then spent seven years retraining – while being paid – and returned to Furness General Hospital in 2008.

In May 2014, he told a consultant urologist that a patient needed their left kidney removed because it was cancerous – when it was in fact the right kidney which was affected.

The radiology consultant’s report had clearly stated it was the right kidney which was cancerous.

The urologist told Amy Fenton of the NWE Mail he ‘ran up the stairs and into the operating theatre just as the patient was going to sleep, took some deep breaths and removed the right-sided kidney, immediately post-operatively declaring this a major clinical incident.’

He said it could have been an ‘utter catastrophe’ had he not arrived on time.

In July 2014 five complaints were made about Madhra by two patients and three doctors.

One related to his failure to act during a potential case of cord compression which could have left the patient paralysed.

Madhra, 63, continued to treat patients until September 2018 when the GMC imposed a raft of conditions on his practice after deciding his performance was unacceptable.

Compensation or settlements have been since been paid out to patients who brought claims against UHMBT as a result of Madhra’s errors.

Trust bosses and an independent specialist have also since reviewed the notes of other patients treated by Madhra. None of the patients whose notes were reviewed have been informed, it is understood.

The condition, which means the penis is covered by excess skin, has prevented the man from having sex.

He is also unable to direct the flow of urine and has to press a bucket against himself when he goes to the toilet.

A consultant psychiatrist said the patient was left ‘feeling humiliated’ and that ‘his manhood had been taken away from him’, adding the impact on his life would have been ‘like that of a bereavement in terms struggling to adjust’.

He has since been awarded a pay out of £125,000 for medical negligence.

The patient told a tribunal his ‘life was ruined’ by the operation and said he no longer goes out to public places because of the embarrassment.

He said: ‘After the operation I suffered an infection and when all the swelling had gone down I was pretty much left without a penis as it was buried in my body.

‘I haven’t been able to go to the toilet normally since as I have no control when I go to the toiley. It just shoots everywhere so I have to use a bucket.

‘That has stopped me going out to restaurants or any days out as it is just so difficult and embarrassing.

‘I’ve had experts come and see me and basically suggest that I wear a large nappy.

‘I am not prepared to degrade myself any further by doing that.

‘Before the operation I had a good sex life with my wife but that has been impossible since.

‘That has been really difficult to handle.

‘I basically go to bed unable to have any sexual activity with my wife.

‘That has been taken from us and had a massive impact on our relationship.’

After he launched legal action against the University Hospitals of Morecambe Bay NHS Foundation Trust, hospital bosses admitted too much skin had been removed during the procedure.

They also admitted the patient was not fully warned of the increased risks due to him being overweight at the time.

Independent medical experts consulted as part of the legal case said the operation should have been carried out alongside liposuction and skin-grafting.

Madhra was allowed to continue practising surgery despite five complaints made against him by patients and doctors in 2014.

A so-called buried, or hidden, penis is partially or completely concealed beneath the scrotum or excess skin or fat in the pubic area.

In severe cases, the shaft and head of the penis may not be visible at all.

In most cases, buried penis is a cosmetic issue and not a medical one.

But psychological effects often take a toll on the patient as the condition can cause complications during urinating and sex.

What Causes a Buried Penis?

A buried penis can occur whenever too much, or not enough, foreskin has been removed during circumcision.

The remaining skin may be pulled forward, covering all or part of the penis.

In other cases, the ligaments that anchor the penis to the body are too lax.

Obesity or an extra-large fat pad covering the pubic area can also contribute to a buried penis.

What Is the Treatment for a Buried Penis?

The operation depends on what factors caused the condition.

In some cases, excess skin may need to be removed.

In others, medics tighten the penis’s connection to its deeper internal structures.

In rare instances, if too much skin was removed during circumcision, doctors may need to perform a skin graft.

In these cases, skin from elsewhere on the body is taken and attached to the penis.

Madhra is currently subject to an ongoing hearing to decide if he is fit to practice.

The patient added: ‘I feel nothing but anger towards Mr Madhra and the hospital trust for what has happened to me and it has only added to that anger and frustration to read about these complaints which date back so many years.

‘This sort of thing should not be happening to anybody. It has ruined my life and I wonder how many others have suffered too.’

The patient was awarded a pay out of £125,000 for medical negligence after being advised by his GP to take legal action.

Rachel O’Connor, medical negligence specialist at Hudgell Solicitors, said the impact on her client’s life had been ‘huge’.

She added: ‘He has gone from a happy-go-lucky person who had a good social life to someone who admits he has been moody and angry and feeling trapped in his home.

‘He has been left unable to have a sexual relationship with his wife and this has understandably caused much upset, frustration and worry and he suffered from depression as a result of what happened.

‘He has had feelings of self-harm and suffered from nightmares and flashbacks.

‘There was suggestion of him having reconstructive surgery, but he lost all trust in the medical profession as a result of what happened.’

The trust’s medical director Shahedal Bari said: ‘I would like to say how sorry I am for the harm caused to this patient.

‘I sincerely hope that this financial settlement will go some way towards compensating him for what has happened.

‘Since this patient’s operation we’ve done a lot of work to improve our urology service. In 2016, we invited the Royal College of Surgeons to carry out a report into our Urology Department.’