WHEN Kaylee Carson and her cousin decided to pop over to Calais for some cheap cigarettes, they were hoping for a sunny short break.

Instead, their spur-of-the-moment trip across the channel ended in disaster when immigration officials found a family of three hiding in their car boot – and decided that care worker Kaylee was trying to smuggle people into the UK. 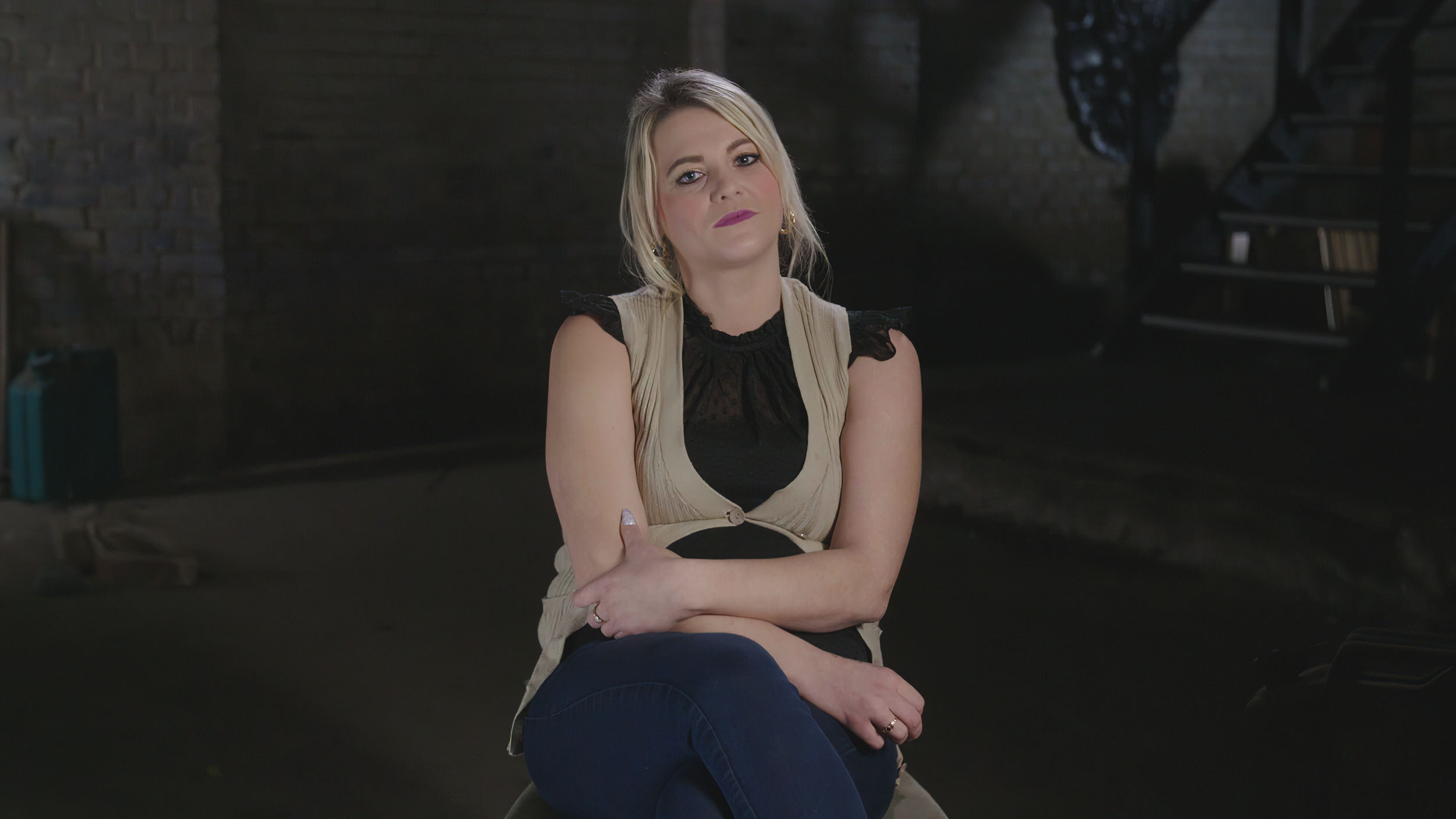 "When they found the people in the car, I didn't panic," Kaylee says. "I thought the police would know that [they'd broken into my car] and we’d be on way home."

But instead, she was locked up in a rat-infested prison and forced to live next to a cruel mother who had doused her baby in bleach.

Every year 6000 Brits are arrested abroad and find themselves in terrifying situations, holed up in cells, without lawyers, at the whim of a foreign police force and scared for their lives.

In tonight's episode of Channel 5 series Young, Dumb and Locked up in the Sun, Kaylee and two other young Brits tell their stories.

Kaylee Carson’s decision to go on a short break to France was completely spontaneous and great fun – at the start.

“My cousin said she needed tobacco and I said, ‘Let’s go to France and get you some – it’s cheaper,’” recalls Kaylee, who lives in Peterborough.

“It was a four-hour drive to Dover. We got on the ferry straight away.

It was boiling hot weather and we were standing at the front, breeze blowing in our hair, re-enacting Titanic! It was really nice.”

After a lovely day spent sightseeing in Calais and buying cigarettes, they missed their ferry back but bought a return ticket from Dunkirk for 5am the following morning, booking a night in a hotel.

When they went through security at the docks the next morning, a guard asked Kaylee to open her boot.

She thought nothing of it – but under when she lifted the lid she was horrified.

“My face dropped,” says Kaylee. “There was a family of three in there with a blanket wrapped around them and bags and bags of clothes.

"I guess they were trying to escape. I said, 'Get them out of my car, why are you in my car?'” 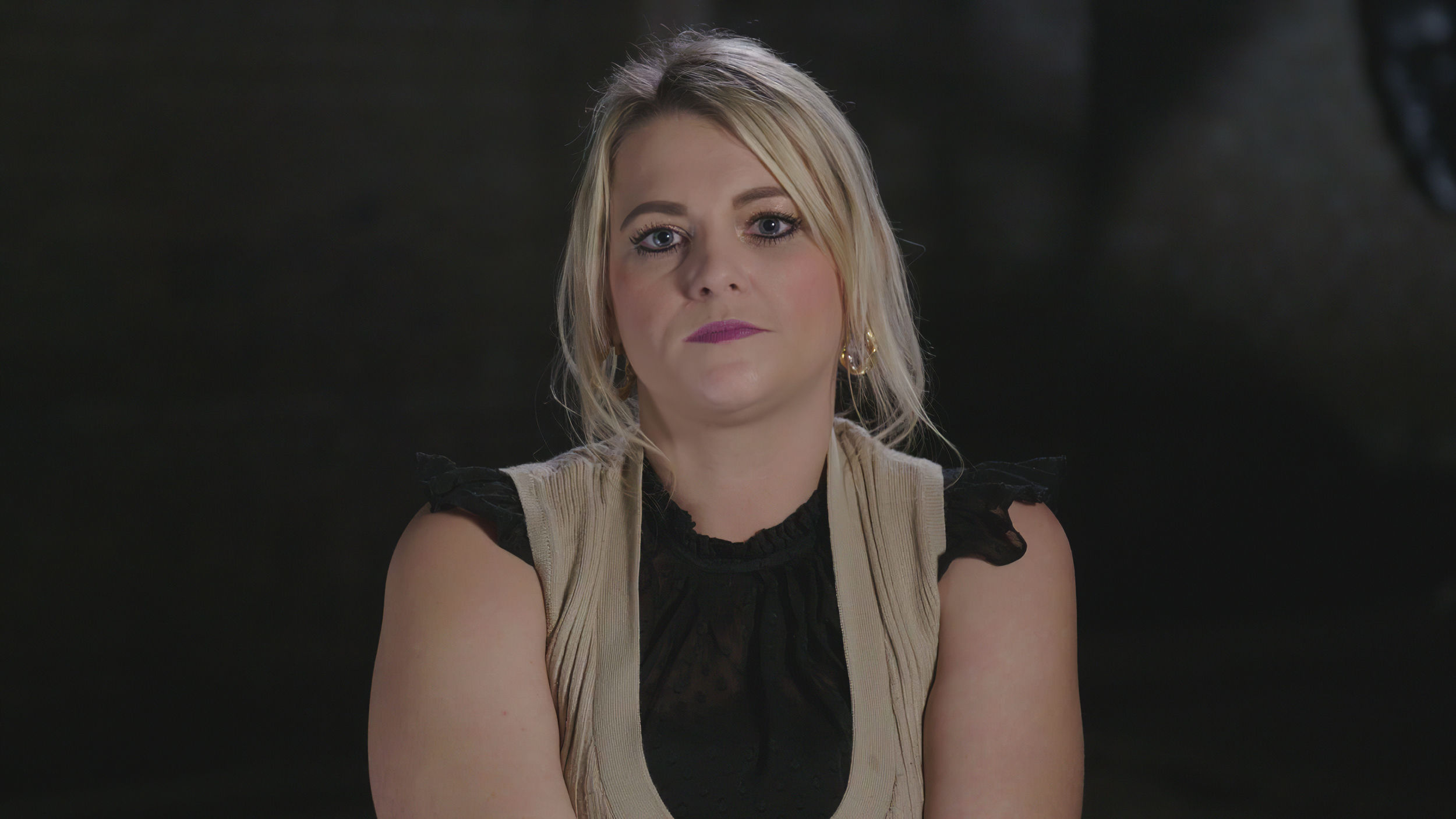 Kaylee was in shock and presumed they’d jumped into the boot when they were sleeping at the hotel.

“I tried not to panic. I thought the police would know that and that soon we’d be on our way home,” says Kaylee.

But it wasn't that easy.

The pair were handcuffed and taken to a cell at the ferry port for questioning.

“They said you’re lying to us,” says Kaylee. “They thought we’d set it up or real smugglers had asked us to do this. They were telling us we’re going to jail.”

The penalty for human trafficking in France is up to 20 years in prison and a fine of up to £2.5million.

“We begged them and pleaded and cried,” says Kaylee. “We told them we’ve got babies at home and jobs to go to.”

But it made no difference. After a week spent in custody, Kaylee and her cousin were summonsed to court.

They were told they were going to be kept on remand in prison while the investigation continued and the pair were transferred to a French jail in Lille.

“It was quite scary, there was a lot of shouting,” says Kaylee. “The screw wasn’t soft, she was quite pushy and pushed you here, pushed you there.

"I wanted to turn around and smack her – it was surreal. They told us we were the only English girls in jail and we could stay together. It was really dirty. There were rats running around everywhere.”

'She'd thrown bleach on the baby to make her white'

For 23 hours a day the pair were kept locked up in the cell, only allowed a half an hour break in the exercise yard in the morning and afternoon.

Their fellow inmates were a nightmare.

“We didn’t feel safe at all,” says Kaylee. “One of our glasses smashed and we kept a bit in our bra as it felt a bit safer.

"In one room one woman was screaming and shouting because she was in a bad mood and it went on all day, all night – it was awful.

"Then they put a girl next to us who had a baby with a black guy and she’d thrown bleach on the baby to try and turn the baby white.

"I was just disgusted that they put her near us and we banged on her wall all night and they moved her away.

“I lost three stone, most of my baby weight,” says Kaylee. “But my cousin drove me crazy – anyone would if you were with them 24 hours a day.”

Kaylee and her cousin were were convinced the “screws” were anti-British and messed with their heads, often banging on their doors in the middle of the night just to wake them up and once even turning off the water for 15 hours in their cell.

Every day they woke up in hope and finally, after three months, they were asked to sign some paperwork and told to pack their stuff. They were released without charge and deported from France.

“There was such excitement to see my daughter and to see my family and friends,” says Kaylee. “It was surreal, going onto the plane. I said, “give me a beer!” It felt like forever but it could have been so much worse. No more tobacco runs.”

Locked in cell with 10 others

Huddersfield painter and decorator Robert Kaskovich had been on holiday to Thailand over a dozen times and loved it.

“Going so many times over the years, I’d heard the stories of people being locked up but I’d never had one bit of trouble before this trip,” says Robert.

Robert met James, his old mate from home, and the pair went south to the idyllic holiday island of Phuket with one plan: to drink and meet girls.

“I’d come out of a relationship, he was single. It was just two lads going out, trying to pull women, having a laugh with them and meeting lots of people,” says Robert.

They went to the infamous Bangla Road area of Phuket where the roads were lined with strip clubs, go go bars and nightclubs.

Robert met an English girl who was living out there and he took her to get some food.

When he saw someone’s scooter blocking in another scooter he made the fateful decision of going over to move it.

“The next thing I know police are tapping me on the shoulder asking me what I was doing,” says Robert, describing the moment his evening – and his holiday – went pear-shaped.

The Thai police asked him to breathe into a breathalyser and being way over the limit they put him in the back of their car.

Thailand has a zero tolerance policy on drink driving and if convicted the penalty is up to 10 years in jail and a £5,000 fine.

Robert was driven back to the station, where the police told him he’d spend a night in the cell then go to court the following morning.

“They took my belt and phone off me and nothing was said whatsoever,” says Robert. “One minute I’m partying and the next I’m in a police cell with 10 other Thai people.

"I’d done nothing wrong. I was terrified.  The cell was three by four metres long, there was one toilet in it, ants were running across the floor, stinking of s*** and p***, with no pillows.” 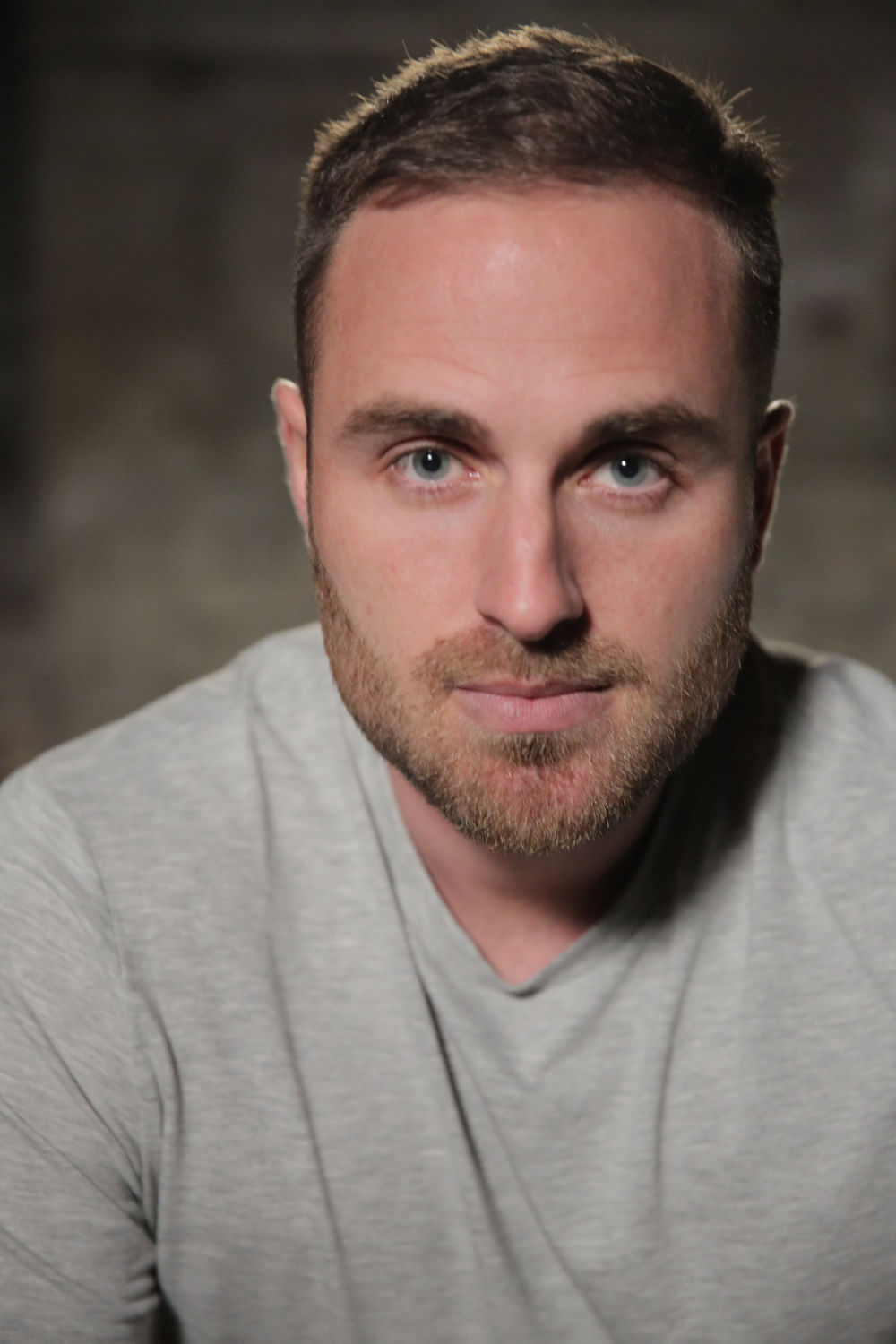 'One prisoner had a ball and chain on his ankle'

A fellow Dutch inmate told him he’d either be moved to another prison or would have to pay to get out.

Three days later, an officer starting talking to him about money, saying it would cost Robert 30,000 Baht – about £800 – to get an early release.

But Robert said no and he was transferred to another prison, this time caged with hard-nosed criminals.

“One had a ball and chain on his ankles which told me he was a killer or a big drug dealer,” says Robert.

“He was very intimidating to look at and I stayed in the opposite corner to him.

"No one offered you water. There was two meals a day, rice with the driest egg ever and I couldn’t eat it. I was starving in a cell, everyone’s p***ing and s****ing in front of each other and I didn’t know how I was going to get out.”

After seven days banged up, Robert received a visit from the tourist police who negotiated his release for 25,000 Baht  – £670 – with the commissioner. After signing 20 Thai documents, Robert was released on condition he returned to court the next day.

“I drank, and drank and had the best night. It was the most drunk I’ve ever been in Thailand and I didn’t get in till 6am,” says Robert. 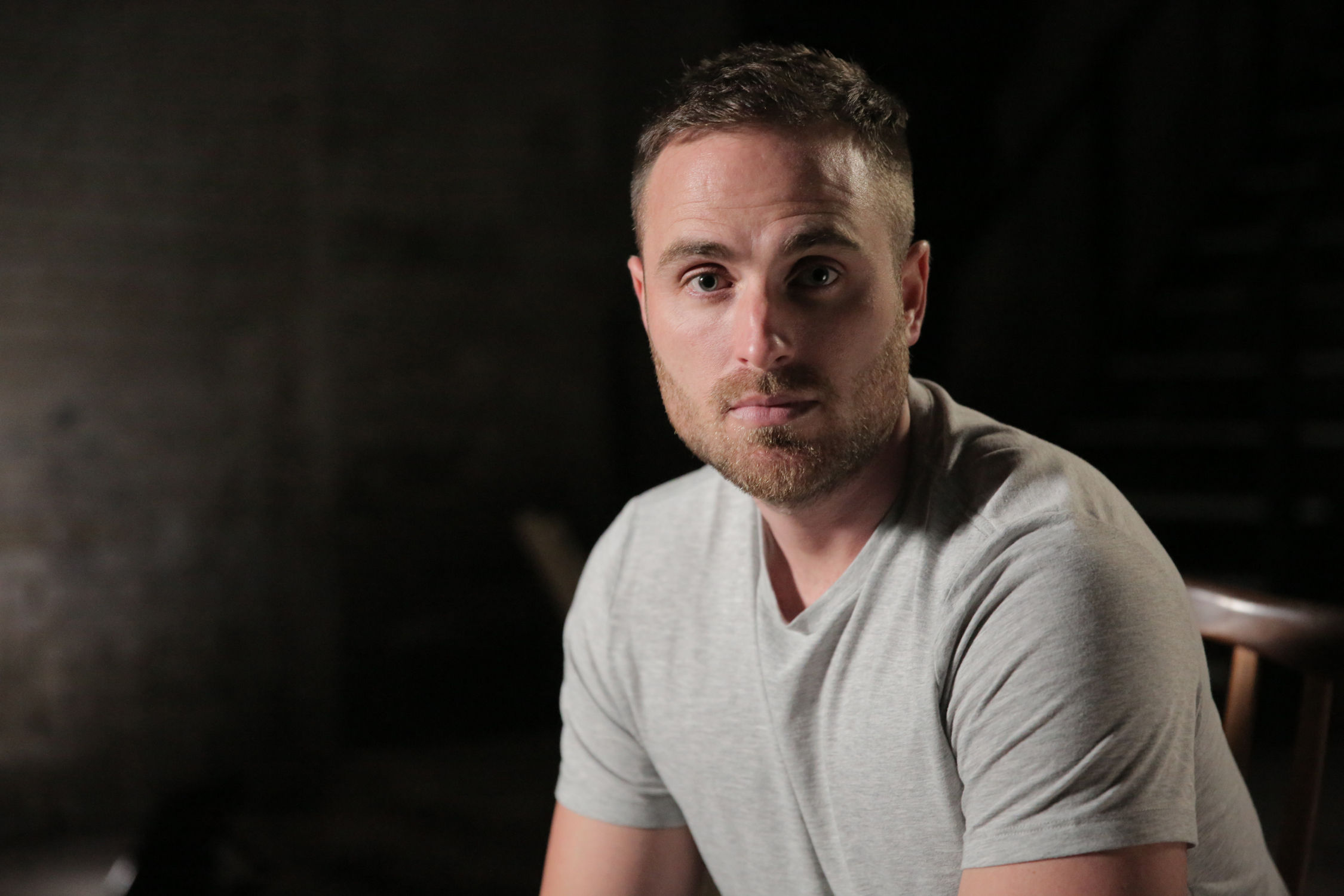 Welsh builder Aaron Hughes was an adrenaline junkie who was banged up in Las Vegas after swimming across a dangerous dam.

Away on a stag do, Aaron and his mates  started drinking on the plane over there and had been drinking  for 37 hours straight by the time they went to visit the Grand Canyon and the Hoover Dam – a concrete 221 metre tall dam in the Black Canyon of the Colorado River.

“I’d never heard it before,’ says Arron. “ We had a case of beer in the back of the car and it was roasting – 50 degrees. We were waving at everyone on the highway. We were buzzing.”

When they got to the Dam, Arron made a decision which he didn’t realise was both illegal and life-threatening.

“I looked at the sheer size of the wall and I made a split second decision I was going to swim the dam,” he recalls.

“I was looking up at the wall – it was crazy. I hadn’t a care in the world and was wondering if I could get to the other side. I was doing a bit of backstroke, everything, trying to get across. My friends were looking down, taking pictures.”

Arron was in the water for over half an hour and was exhausted when he came out.

“I didn’t think anything of the legality of it,” he says. “It was only when I saw the police. I thought it wasn’t that bad – all I did was have a little swim.”

But it’s against the law to swim within 300 yards of dams in the USA – and doing so carries a maximum sentence of six months in prison.

When he climbed out – still in his shoes and shorts – Arron was arrested. “I thought, “S*** here we go, we’re getting arrested in Vegas  – not a good start to the holiday.” 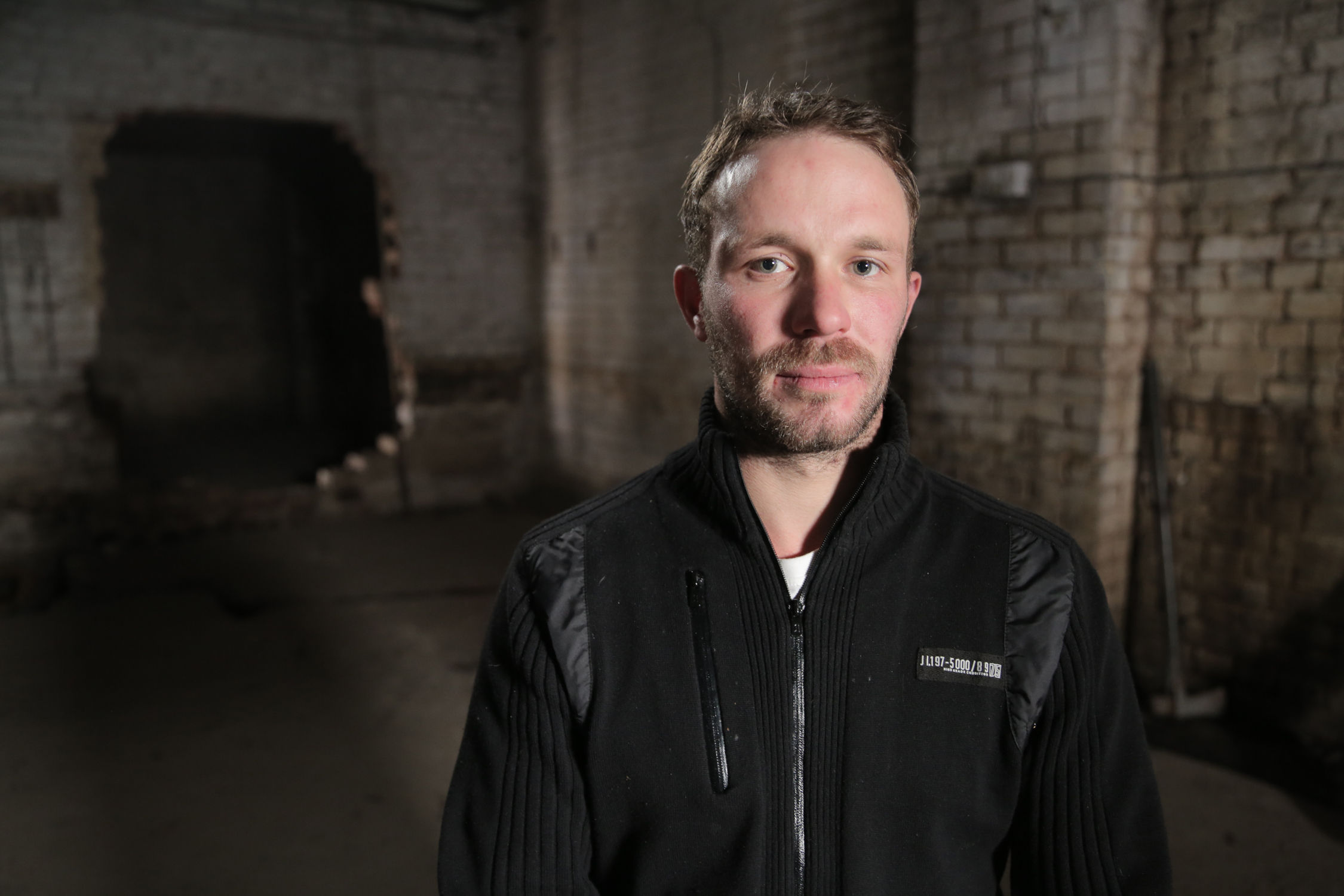 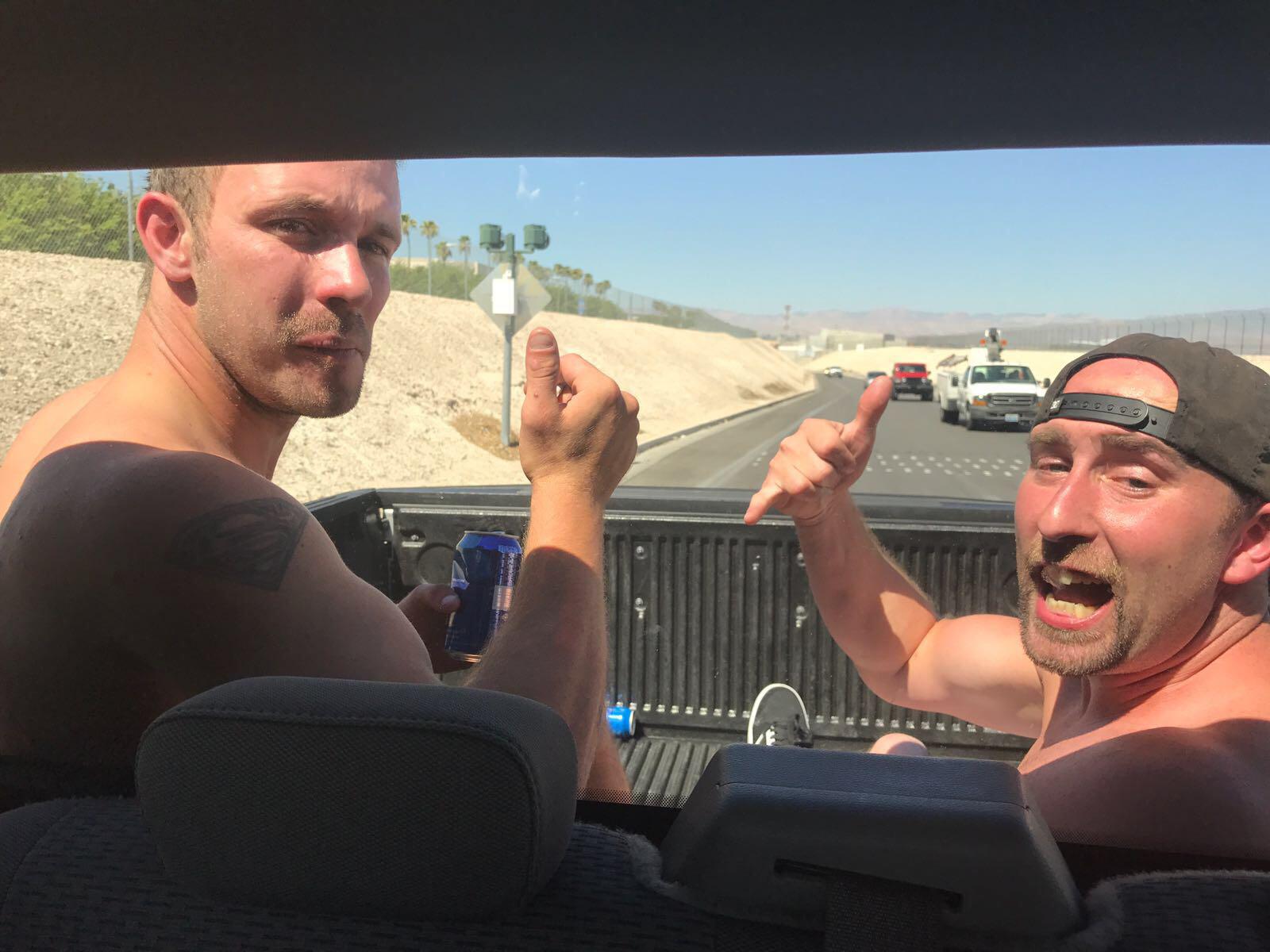 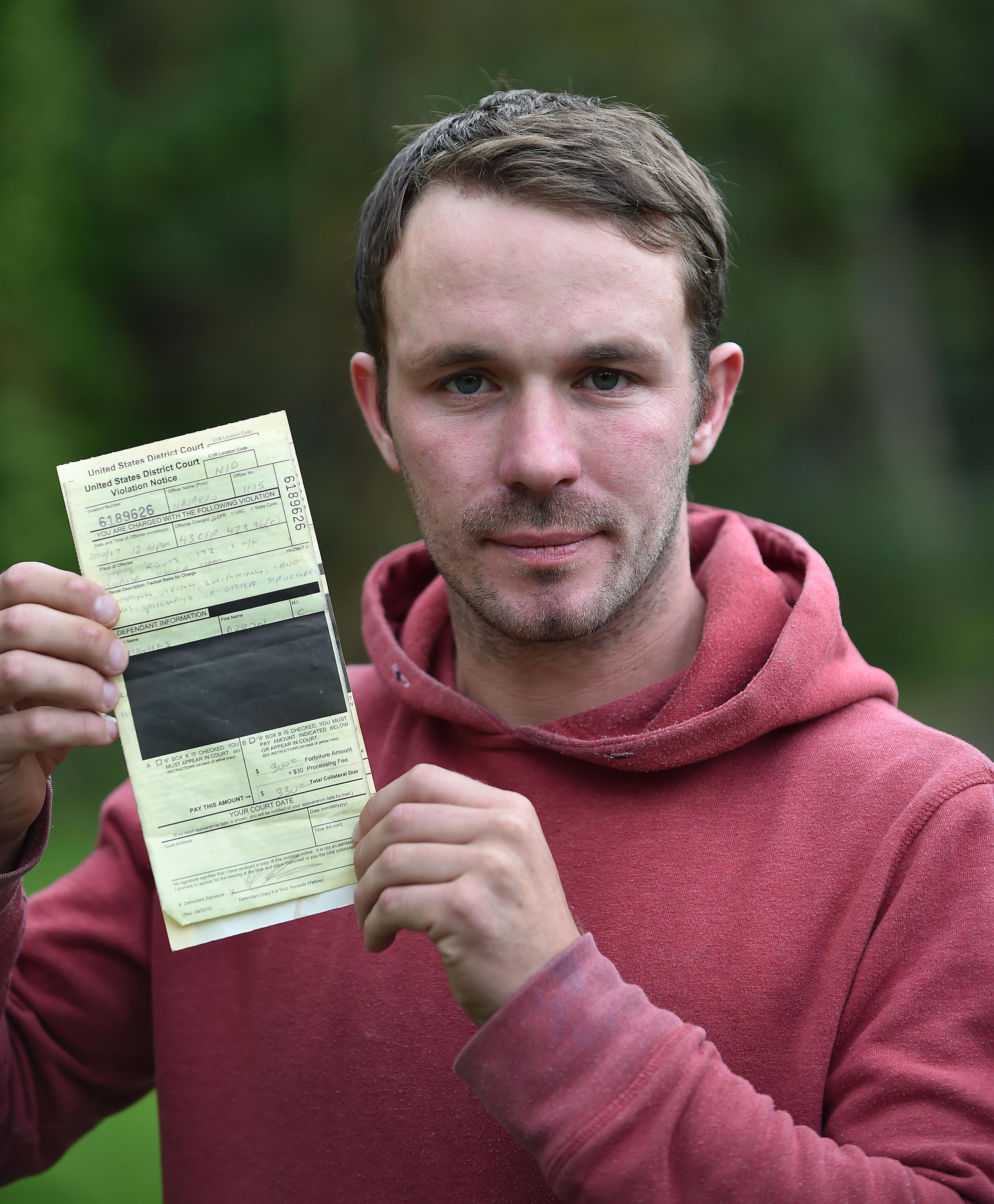 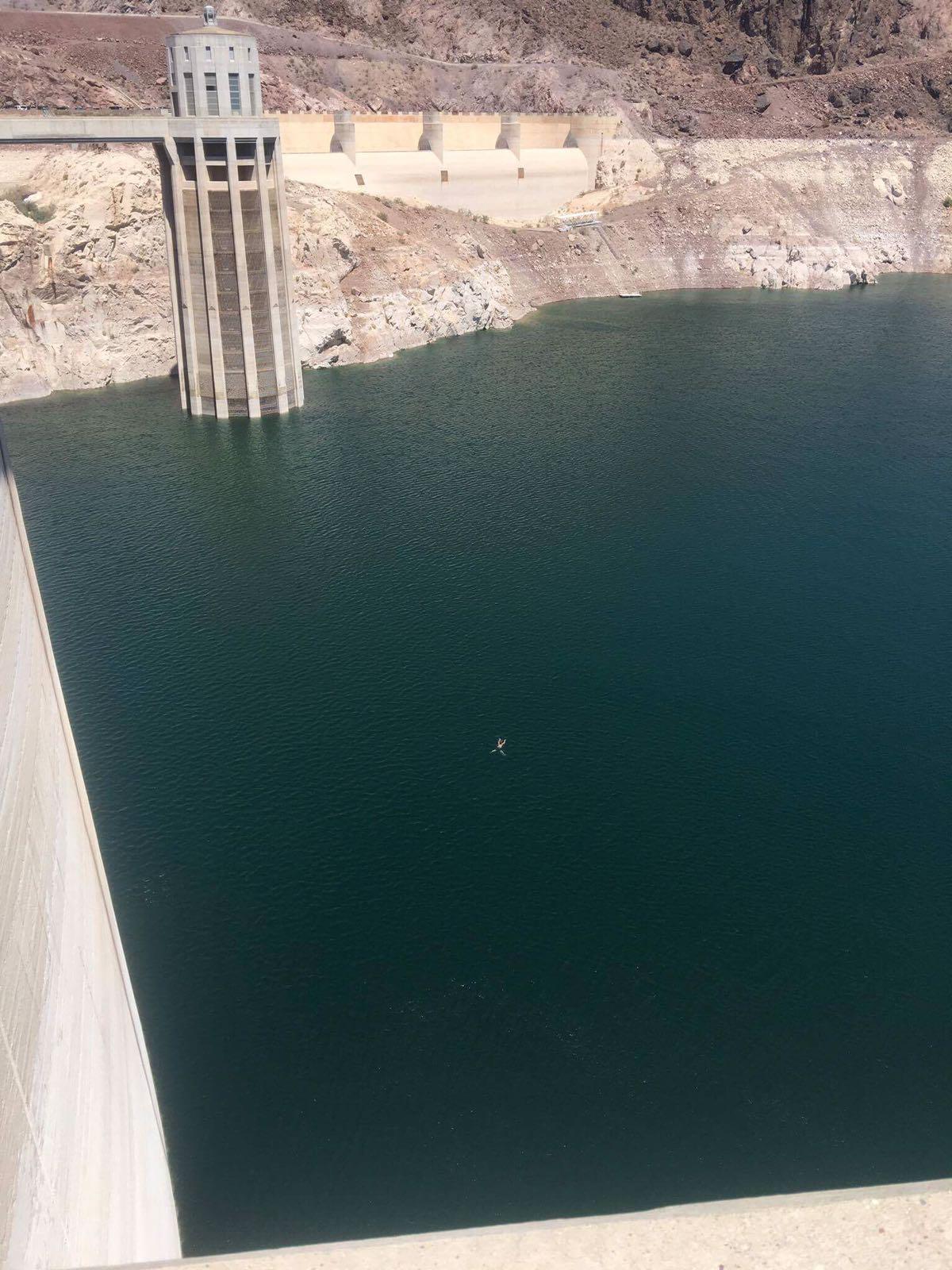 They took him to a holding cell there where he started to panic about what was going to happen. Then eventually, two officers walked in and said to Arron, “That was f***ing awesome” and shook his hand.

“I couldn’t get my head around it,” says Arron. “275 people had died doing what I’d done and they’d never seen anyone survive doing that.”

Incredibly for Arron, it was a beautiful, cloudless day and only one turbine in the dam was on out of 10. Any cloud cover over the solar dishes and up to 10 turbines would have been on and the swirl of the water would have swallowed him whole.

“I didn’t have any idea it was so dangerous,” says Arron who was fined $330 and returned to his friends to continue the partying.

“Someone was looking after me that day,” says Arron.