Putin served as a KGB lieutenant colonel stationed in the East German city of Dresden during the unrest that culminated in the fall of the Berlin Wall. A documentary made by Russian State TV claims Putin, then aged 37, watched on as angry crowds overran the offices of the East Germany secret police, before they then moved to target the headquarters of the KGB in the city.

Putin requested armed backup in an effort to quell the crowds and protect employees in the offices. He also feared that sensitive files would fall into the wrong hands.

According to the account, when no help came, Mr Putin came up with an improvised lie to try and intimidate the crowds into halting their chaotic demonstrations.

According the the History Channel, he told the crowd that armed men were waiting inside the offices to shoot at unwelcome demonstrators.

A witness’s account shown in the documentary claimed Mr Putin used his fluent German to dissuade the crowds from raiding the offices. 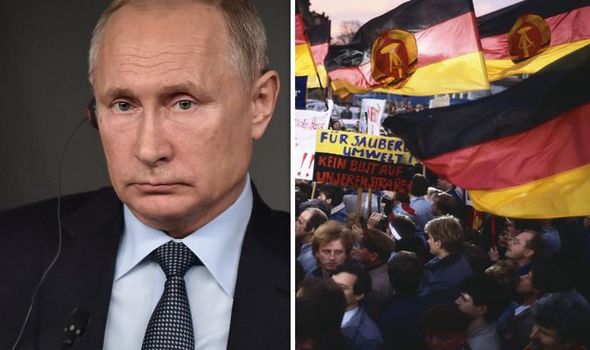 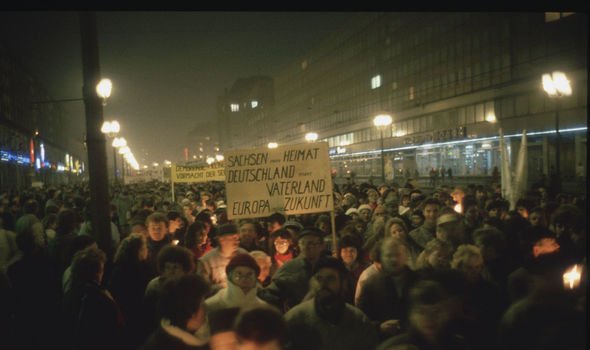 Putin allegedly said: “This is Soviet territory and you’re standing on our border. I’m serious when I say that I will shoot trespassers.”

The lie worked, with the mob sparing the building, and the agents and files remaining in the building unscathed.

As reported by the BBC in 2015, another witness, Siegfried Dannath, recalled the story with stark similarity.

Mr Dannath said: “The guard on the gate immediately rushed back into the house. An officer emerged – quite small, agitated. 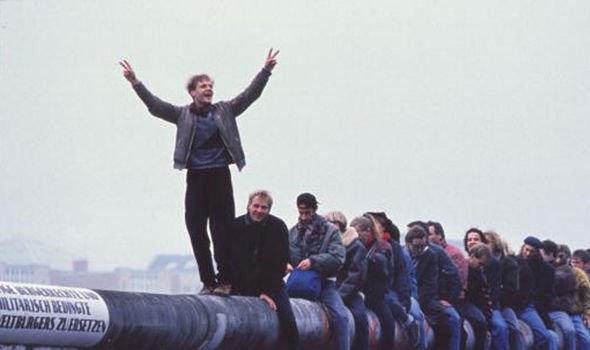 “He said to our group, ‘Don’t try to force your way into this property. My comrades are armed, and they’re authorised to use their weapons in an emergency.’”

Putin’s posting to Dresden was his first mission abroad for the KGB, the Soviet Union’s former security organisation.

East Germany had been an important country for Moscow, as it was a satellite state of the Soviet Union and represented important territory on NATO’s doorstep.

Putin has told of how he long aspired to become a spy, inspired by films and books he had seen and read as a child. 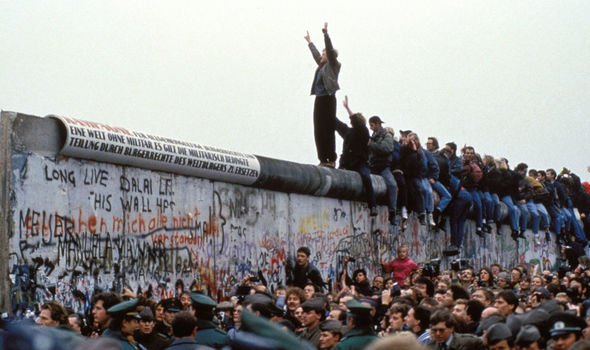 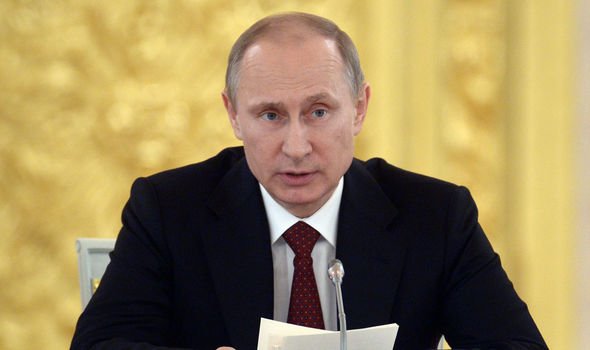 The Russian President has expressed humiliation and sadness at the eventual breakdown of the Eastern bloc, which revolved around the Soviet Union until 1991.

He later recalled in 2000: “I had the feeling that the country was no more. It had disappeared.”

The Russian President has also previously said that the subsequent Soviet collapse was “the greatest geopolitical catastrophe of the twentieth century.