Described as being ‘never on the front cover, but always someone familiar’ – Bernard Hepton, a star of the television screens, will remain etched in our memory as he died on Friday aged 92.

Born on October 19, 1925 –  the Bradford television and ‘quiet star’ for theatre and radio dominated the acting scene in the 1970s.

Making his silver screen debut as as Sir Thomas More in Robert Bolt’s A Man for All Seasons – a live broadcast in 1957, Hepton became a well-known character in most British households. 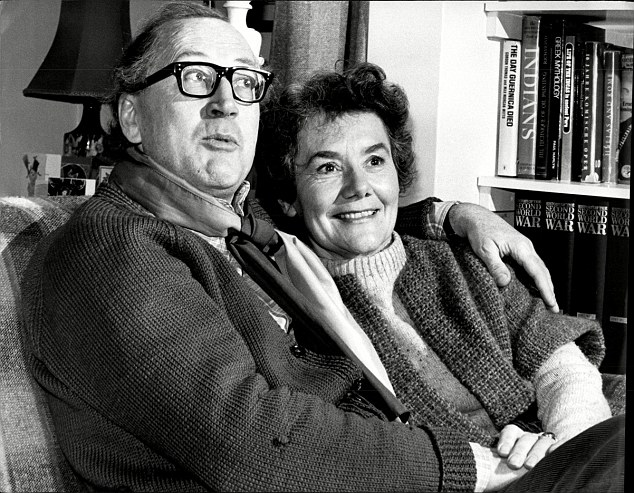 Pictured: Bernard Hepton (left) who died aged 92, pictured with his wife Hilary Liddell who he married in 1977

As The Times reported, the 1970s was a vital decade for the actor, who had a landed an impressive and diverse range of television, theatre and radio work.

With a vast acting repertoire, Hepton flaunted roles which ranged from a light-hearted character boasting a comedic flair to a stern, almost authoritative individual.

He appeared in well-know titles such as The Six Wives of Henry VIII and as one of his best known characters as the German Kommandant in Colditz.

He also played the part in the television series I, Claudius and The New World for ITV. 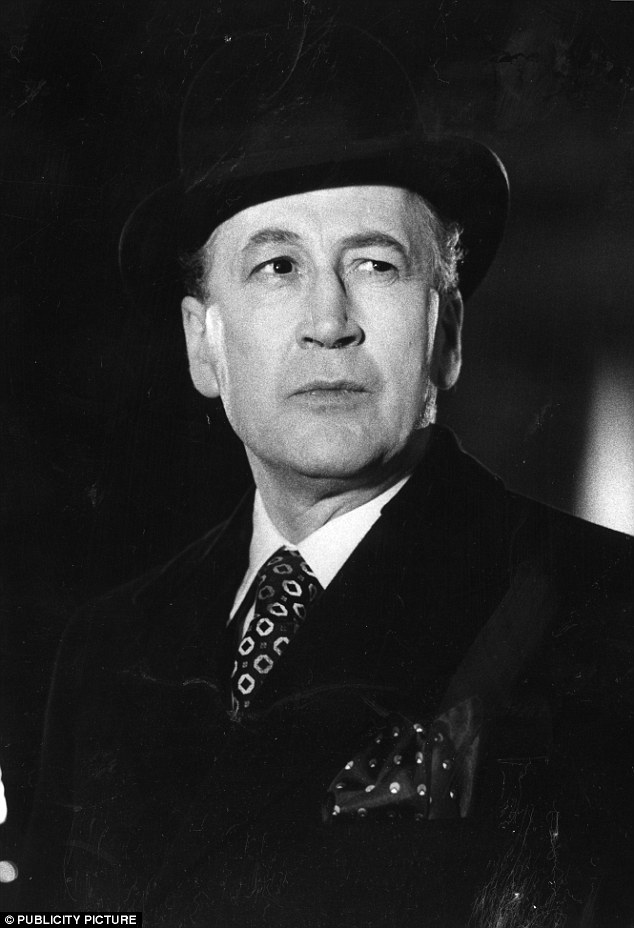 In the early year’s of the 1980s, he was cast as Inspector Goole in the BBC production of Priestly’s An Inspector Calls.

Hepton enrolled in Church’s short-lived drama school in 1945. She taught the actor ‘anything from Agatha Christie to Shakespeare’. 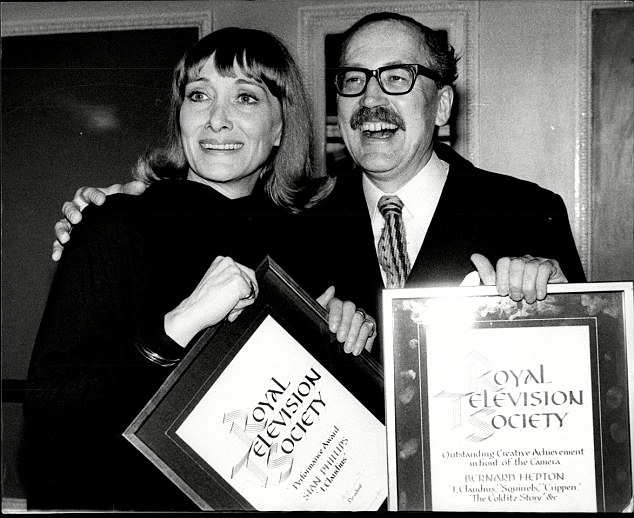 Sian Phillips (left) and Bernard Hepton (right) with their creative achievement awards from the Royal Television Society. Hepton was a well-known character in British living rooms during the 70s

Despite being well-known on television – his film career was limited.

He made the big screen in roles such as Thomas Cranmer in follow-up to the BBC series, Henry VIII and his Six Wives and small roles in two Michael Caine movies, Mike Hodges’s terrific Get Carter and The Holcroft Covenant.

He married fellow actor, Nancie Jackson in 1957 and they settled in south-west London.

After the death of his first wife, Nancie in 1975, Hepton remarried Hilary Liddell two years later.

Hilary died in 2013 and Bernard Hepton lived out his final years with his loving niece and nephew.