Gone in 10 SECONDS! Luxury Chinese hotel is reduced to rubble during a controlled explosion

A 15-storey hotel in south-east China was destroyed in a controlled explosion on Tuesday, with many residents gathering to bid farewell to the iconic hotel.

The 22-year-old Zhongshan Yuyan Hotel in Nantou district closed its doors after it struggled to keep the business afloat.

After failing to find a buyer, the government approved its plans of having the building demolished, according to local media reports. 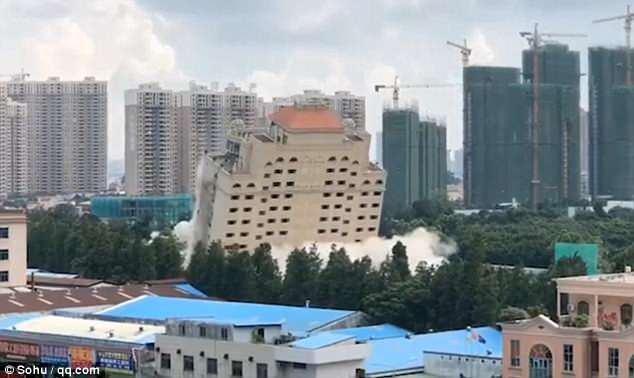 The 22-year-old Zhongshan Yuyan Hotel in Nantou district closed its doors recently after it had been struggling to keep business afloat. It was demolished on Tuesday afternoon 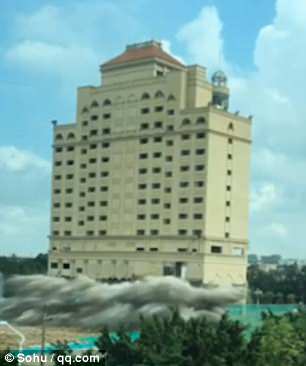 The first three floors of the hotel have also cleared out in the past several months, the report added.

Video footage filmed by nearby residents show the massive hotel – spanning an area of 9,920 square metres (106,778 square feet) – being reduced to rubble on Tuesday afternoon with controlled explosives.

With a loud bang, the 15-storey building crumbled and disappeared in just 10 seconds.

Witnesses were heard exclaiming while thick smoke filled the air as the building went down. 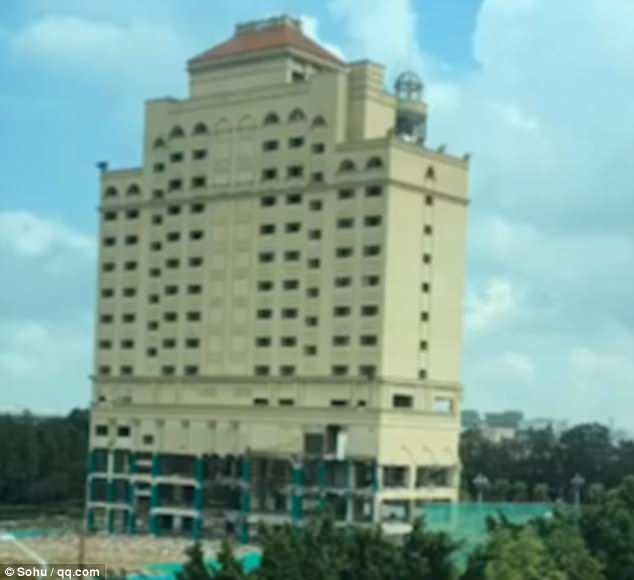 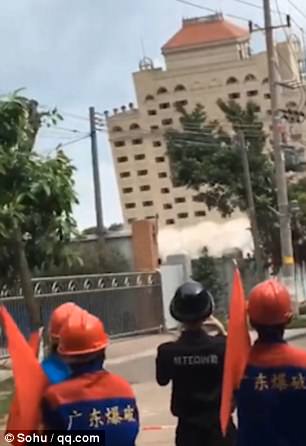 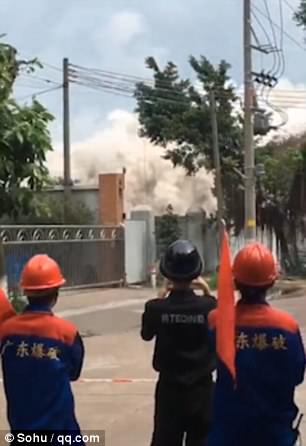 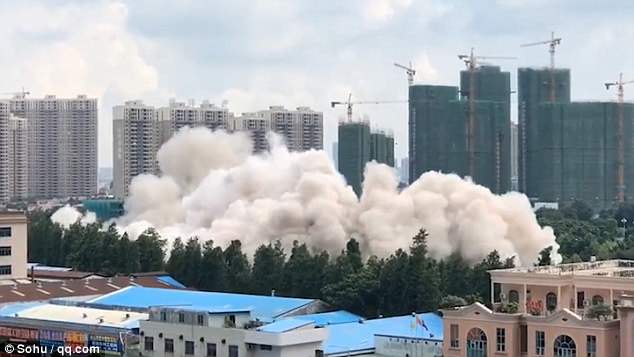 The Zhongshan traffic police also issued a notice on Saturday alerting the public of several road closures due to the demolition works, which took place between 3:15pm to 3:35pm.

Situated in the Pearl River Delta region, the Zhongshan Yuyan Hotel was branded a historic four-star hotel that featured luxurious accommodation, entertainment, shopping and a variety of cuisines.

It remains unclear what the next project on the now vacant land will be.

Net users were seen lamenting the loss of the iconic hotel on social media.

‘Goodbye, Yuyan Hotel,’ one said. ‘I watched you being built, now I’m watching you being torn down. Sigh!’

‘Ashes to ashes, dust to dust,’ another said. ‘No more Yuyan Hotel.’