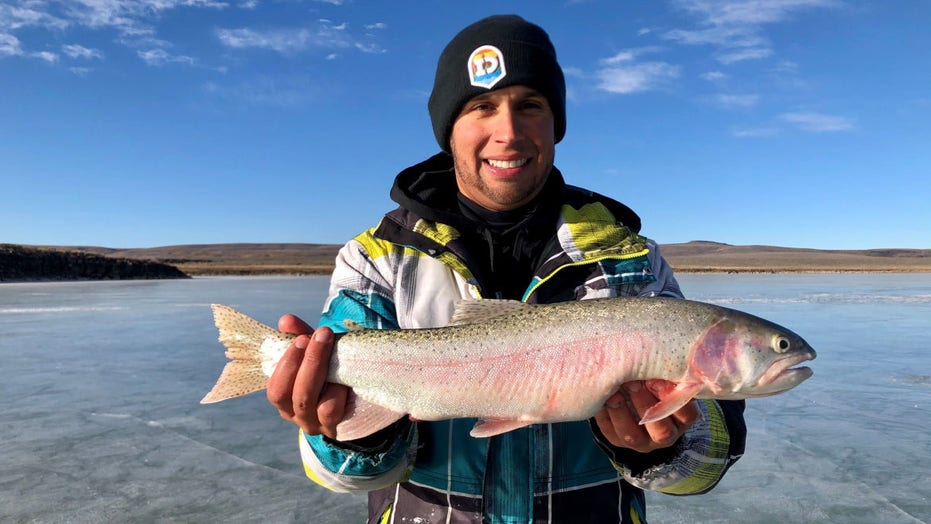 There's nothing fishy about this record catch.

A fisherman in Idaho recently landed a cutthroat trout that set a new state record for weight — nearly doubling the old mark. 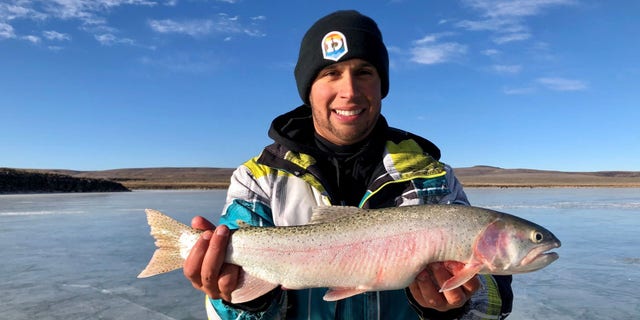 Jordan Rodriguez of Meridian, Idaho, caught a 20-inch cutthroat trout that has been officially weighed in at 2.27-lbs., besting the previous record of 1.17-lbs.
(Idaho Department of Fish and Game)

Jordan Rodriguez's 20-inch trout was officially weighed at 2.27-lbs., according to the Idaho Department of Fish and Game.

"With winter finally here, you might have thought we were done with new record fish for a while. Nope, not yet," the department said in a release.

Rodriguez, of Meridian, caught his prize while doing some winter fishing at Grasmere Reservoir on Dec. 12.

Lahontan cutthroat trout are originally native to the Lahontan Basin, which is located in northern Nevada, northeastern California and southeastern Oregon. The fish were recently planted in certain lakes in Idaho.

Due to the ongoing coronavirus pandemic, 2020 has been a big year for outdoor sports like hunting and fishing.

Fox News previously reported that states have seen a spike in sales of hunting and fishing licenses this year. The outdoor activities offer a solitary environment where people can eschew face masks and usually not fret about social distancing.

"All of the things that hunting offers to people and the varied reasons people hunt all fit in with the pandemic," said Louis Porter, Vermont’s fish and wildlife commissioner.