The immunity passport, or certificate, would be given to COVID-19 patients who recovered from the deadly illness – and are therefore immune – allowing them to be exempt from tough social distancing restrictions that applies to others.

German researchers have begun studying the concept and Britain’s health minister suggested the introduction of immunity documents was a possibility.

While the Australian Government isn’t actively pursuing the idea, some health experts have thrown their support behind it. 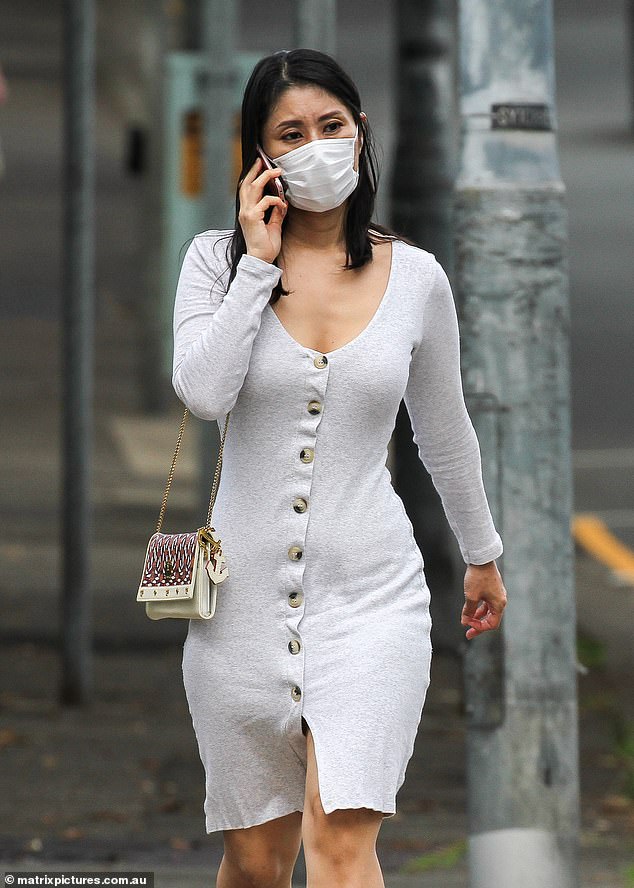 Australian health experts have debated the introduction of ‘immunity passports’ to avoid long-term coronavirus lockdown. The immunity passport, or certificate, would be given to COVID-19 patients who recovered from the deadly illness and are found to be immune. Pictured: A woman wears a face mask in Sydney on Tuesday 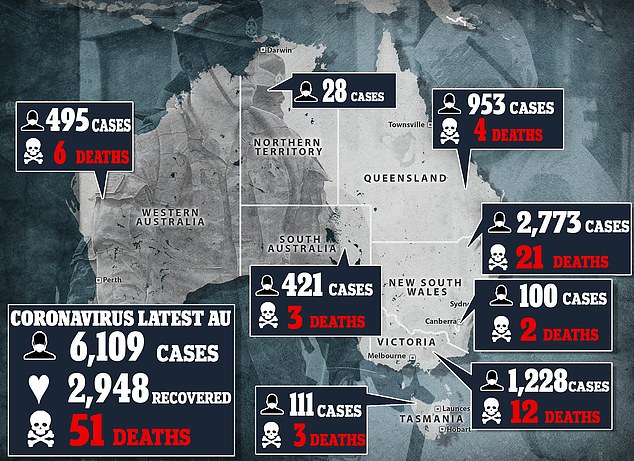 Australia has had greater success controlling the coronavirus outbreak than countries like the U.S, UK, Italy and Spain. There are 6,109 cases and 51 people have died

Professor Peter Doherty, who won a Nobel Prize in Physiology or Medicine for research on immunity in 1996, said Australia needed to get out of the coronavirus situation ‘somehow or another’.

‘A lot of people have had the infection and they don’t know it. So we need to be able to tell them … and send them back to work,’ he told Yahoo News Australia.

Australia has had greater success controlling the coronavirus outbreak than countries including the U.S, UK, Italy and Spain.

But Prof Doherty suggested Australia’s coronavirus response was almost ‘too successful’ as the low cases of community transmission mean there is a lack of immunity.

‘I think the strategy here has always been to protect old people and those with comorbidities, but have a reasonable level of infection that would gradually build up immunity,’ he said. 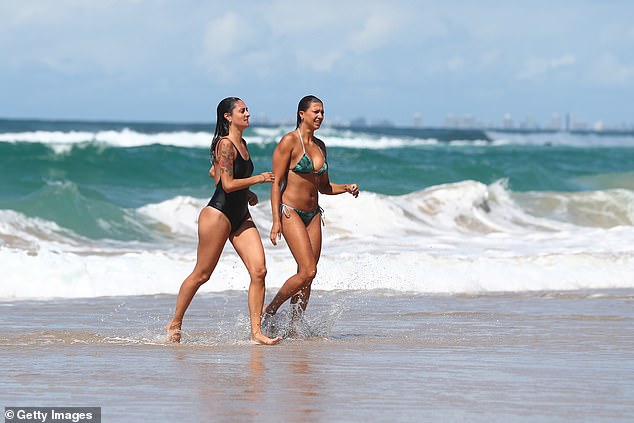 ‘If you did [get reinfected], it would be very mild because you’ve got the immunity primed up, even if the virus changed,’ he said.

‘These people could go back to their jobs of running cafes, or working in factories… it might be a way to get the economy going a bit sooner than we thought,’ he told ABC Radio.

‘The government needs to think about how it might deal with this growing population of very useful people… we know there is going to be a pipeline of these people coming.’

‘We are looking at an immunity certificate – how people who have had the disease, have got the antibodies and therefore have immunity can show that and so get back as much as possible to normal life,’ he said.

‘That is an important thing that we will be doing and are looking at, but it’s too early in the science to be able to put clarity around that.’ 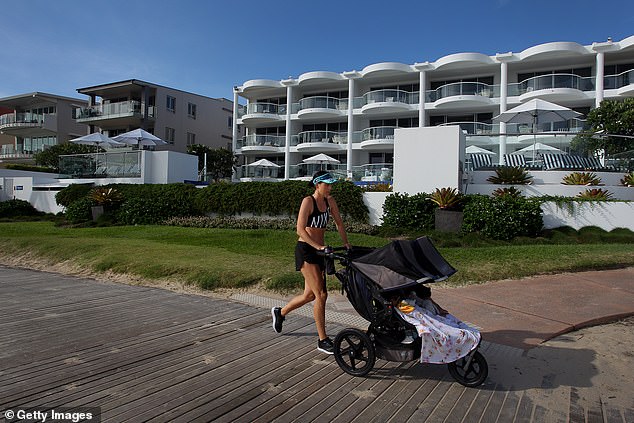 A woman exercises in Noosa, Queensland, during the coronavirus crisis. Australians are urged to stay at home

Other health experts have stressed worries over immunity passports as it’s not yet known if patients can be reinfected by COVID-19.

Sydney University public health expert Ying Zhang told Australian Financial Review she was concerned about the reliability and feasibility of the certificates.

‘Even if they have the antibody, we don’t know how long the immunity can last and whether or not they could get reinfection,’ she said.

‘Who is going to issue the certificates? Do we have the capacity to test antibodies for a wider population?’

She also questioned: ‘What can you do with the certificate? Using that to find a job or a privilege in the society?’

Australians have been told to stay at home and exercise social distancing to curb the spread of COVID-19.