‘If you’re vegan, don’t bother’: Live-in-landlord, 27, is accused of discrimination after he bans vegans from applying to live in his spare room

A grumpy landlord has been accused of ‘discrimination’ after he banned vegans from applying to live in his spare room.

The live-in landlord, listed as ‘Alex’ on the SpareRoom advert that went live on Monday, warned viewers in block capitals ‘if you’re vegan, don’t bother’ before continuing to list other requirements.

His duplex apartment, located in Manchester’s Northern Quarter, boasts a spacious living room, bathroom and two bedrooms for £700 per month.

The picky proprietor, 27, even did his best to scare off grubby flatmates by writing ‘if you’re untidy in general – forget it’. 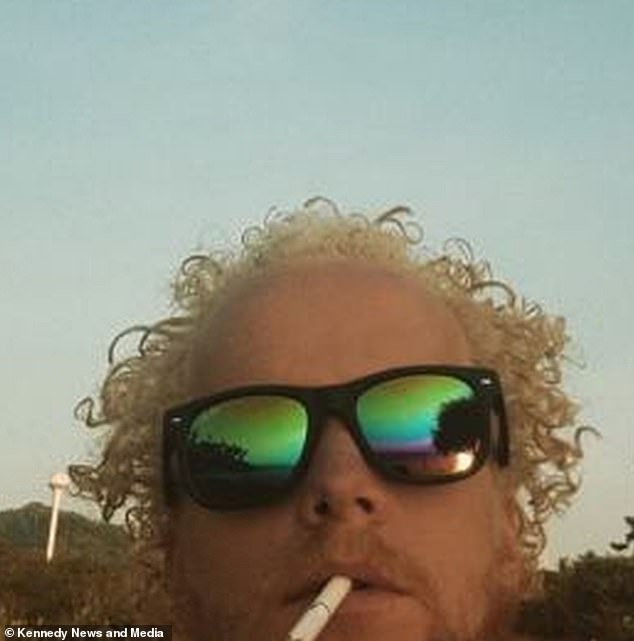 Alex brags that he is a ‘pretty nice guy’, ‘laidback’ and not ‘your typical landlord that everyone hates’ – though goes on to warn prospective tenants not to ‘take the p**s’.

He also claims he ‘can’t be arsed with a 24/7 hour party animal either, sorry’.

Now the Vegan Society are urging the landlord to ‘reconsider his decision’ and reminded Alex that vegans have ‘excellent cooking skills’.

Alex’s original advert reads: ‘Hi, I’m Alex and I’ll be living with you as a live in landlord. 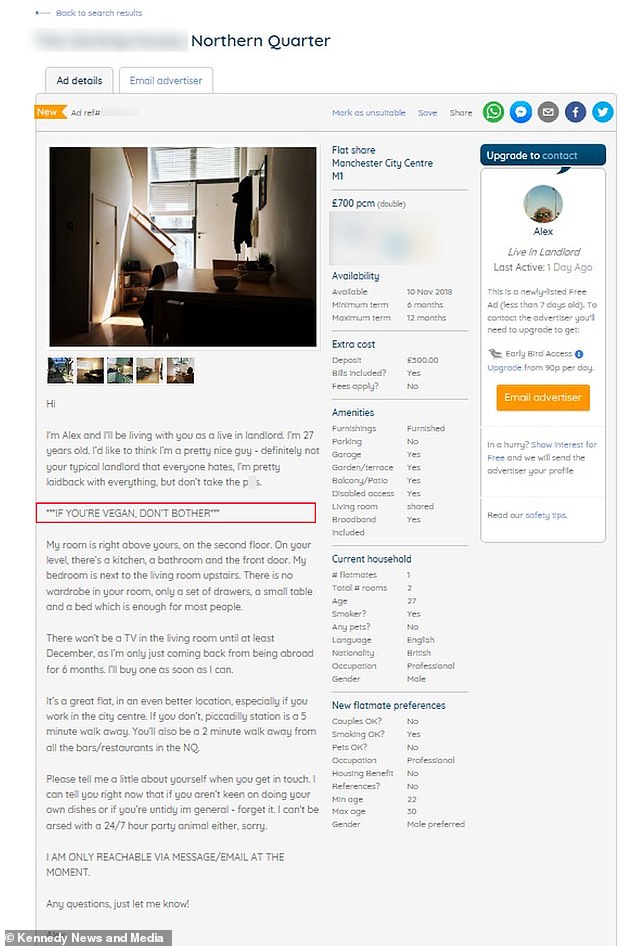 The full advert listing with the line ***IF YOU’RE VEGAN, DON’T BOTHER*** in capital letters

‘I’m 27 years old. I’d like to think I’m a pretty nice guy – definitely not your typical landlord that everyone hates, I’m pretty laidback with everything, but don’t take the p**s.

‘My room is right above yours, on the second floor. On your level, there’s a kitchen, a bathroom and the front door. My bedroom is next to the living room upstairs. 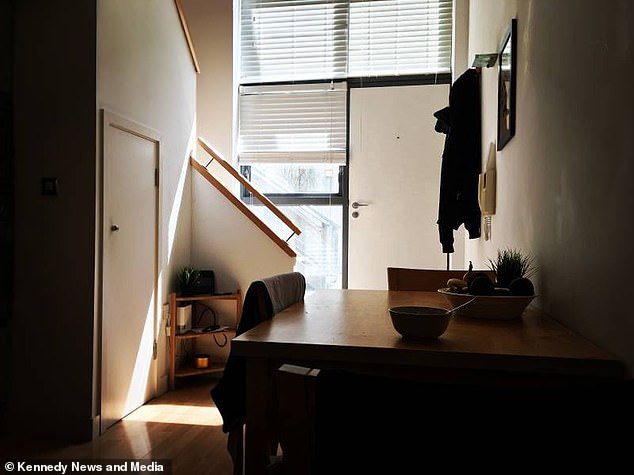 The grumpy 27-year-old landlord has been accused of ‘discrimination’, dining area pictured 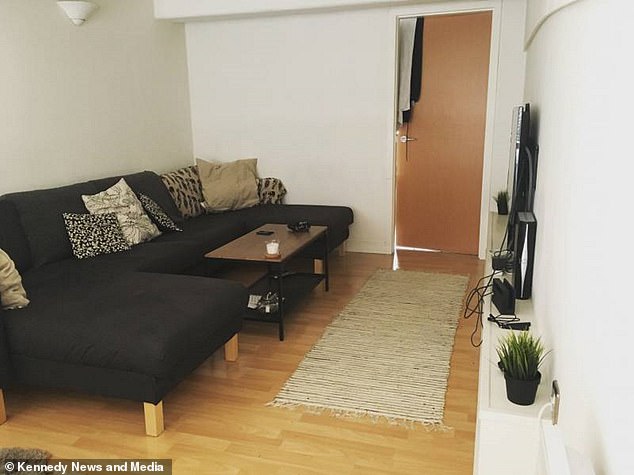 The living room from Alex’s listing, he said there won’t be a TV until at least December 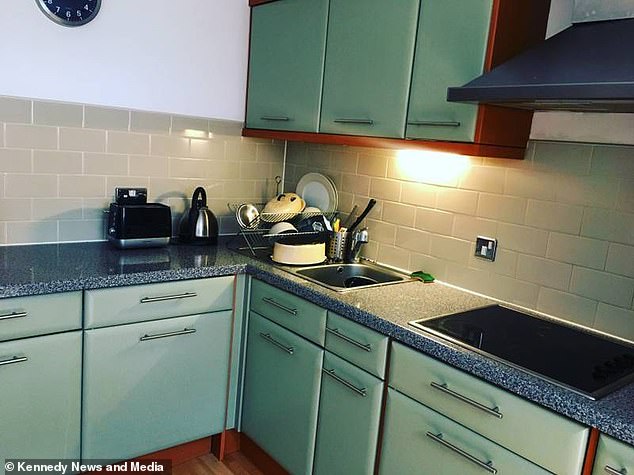 The non-vegan kitchen in Alex’s flat. His rental opportunity will cost £700 with bills

‘There is no wardrobe in your room, only a set of drawers, a small table and a bed which is enough for most people.

‘There won’t be a TV in the living room until at least December, as I’m only just coming back from being abroad for 6 months. I’ll buy one as soon as I can.

‘It’s a great flat, in an even better location, especially if you work in the city centre. If you don’t, Piccadilly Station is a 5 minute walk away. You’ll also be a 2 minute walk away from all the bars/restaurants in the [Northern Quarter]. 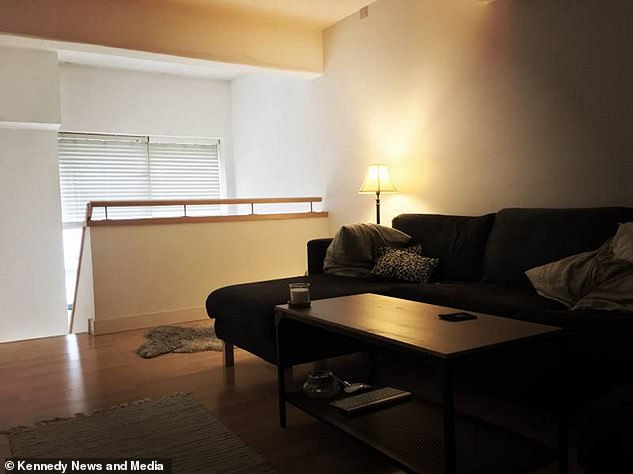 The upstairs living room from an alternative angle, it is right next to the landlord’s  bedroom 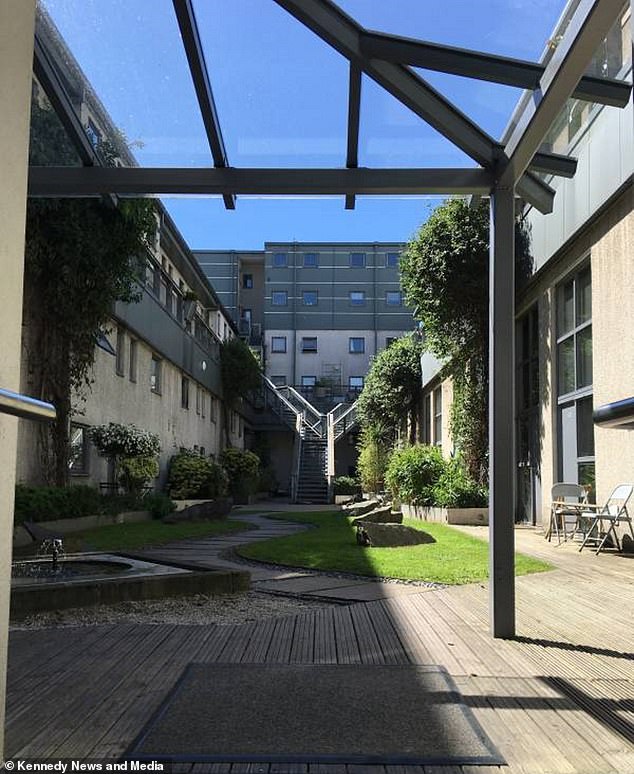 ‘Please tell me a little about yourself when you get in touch.

‘I can tell you right now that if you aren’t keen on doing your own dishes or if you’re untidy in general – forget it.

After being made aware of the advert, the Vegan Society pointed out that had Alex been trying to rent out the whole house, such discrimination would not be ‘appropriate’.

However he enjoys a loophole as a live-in landlord and is able to ensure only meat eaters are welcome.

A spokesperson for The Vegan Society said: ‘While we can appreciate that the landlord was aiming for the advert to be humorous, we don’t quite understand why he would be opposed to living with a vegan. 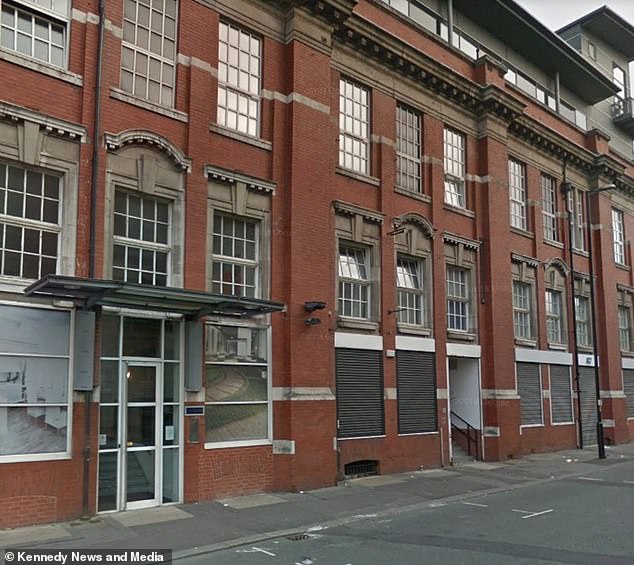 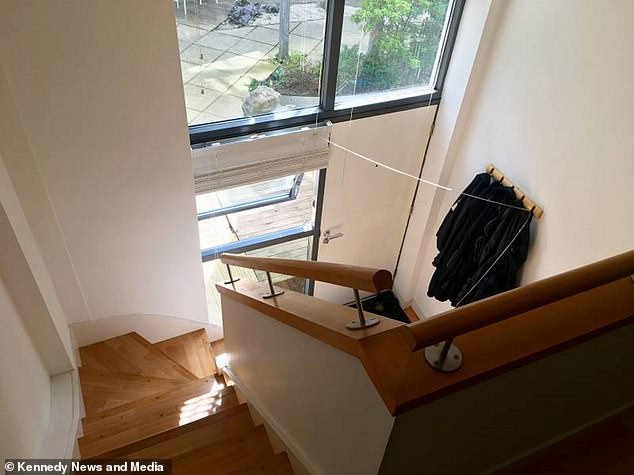 ‘It’s worth noting that if he was letting out a whole house, discrimination would not be appropriate but there is an exemption in certain situations such as if you’re a live-in landlord.

‘It is a well-known fact that many vegans are good cooks who pay attention to what goes into their meals.

‘Vegans are often happy to cook for their housemates too, which we think might make Alex reconsider his decision to ban them from his home.’

SpareRoom, the website where Alex posted his advert, have called his views ‘contradictory’ and claim they prefer users to be ‘a bit more positive in how they word things’.

A spokesperson for SpareRoom said: ‘When people are advertising for someone to live with it’s common for them to have preferences in terms of their new flatmate.

‘We prefer it if people are a bit more positive in how they word things though.

‘Saying ‘I’m pretty laid back with everything’, followed by ***IF YOU’RE VEGAN DON’T BOTHER*** feels like a bit of a contradiction.

‘Ultimately, we’d always prefer it if our users take people on the basis of who they are, rather than which ‘boxes’ they tick.’