EXCLUSIVE: Illegal super-strength nicotine vapes disguised as Cadbury’s chocolates are being sold to children for £5 on TikTok so they can be ‘smuggled past parents

Illegal super-strength vapes popular with children are being sold online disguised as Cadbury chocolates to get past worried parents.

The high level smoking devices – which feature liquid with two times the legal nicotine strength and three the capacity – are being promoted on teenage favourite platform TikTok.

And in footage sure to horrify chocolate giants Cadbury, their packaging is being exploited to sneak the banned gadgets past parents.

One video from a now-deactivated account shows the caption ‘Heroes anyone’ then the vapes being packed into the branded confectionary box.

A hand is then seen sprinkling some individually-wrapped chocolates over the top to hide the vapes and the package is put into an envelope for posting.

The disguise means if parents open up the delivery, nothing would suggest it was anything other than a sweet treat for their children. 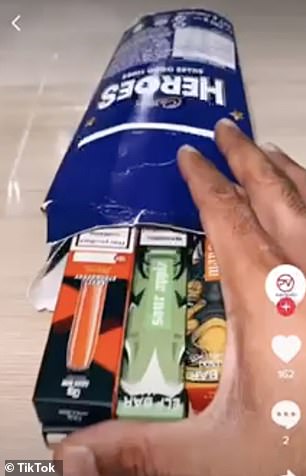 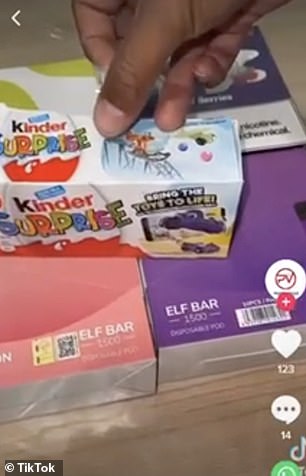 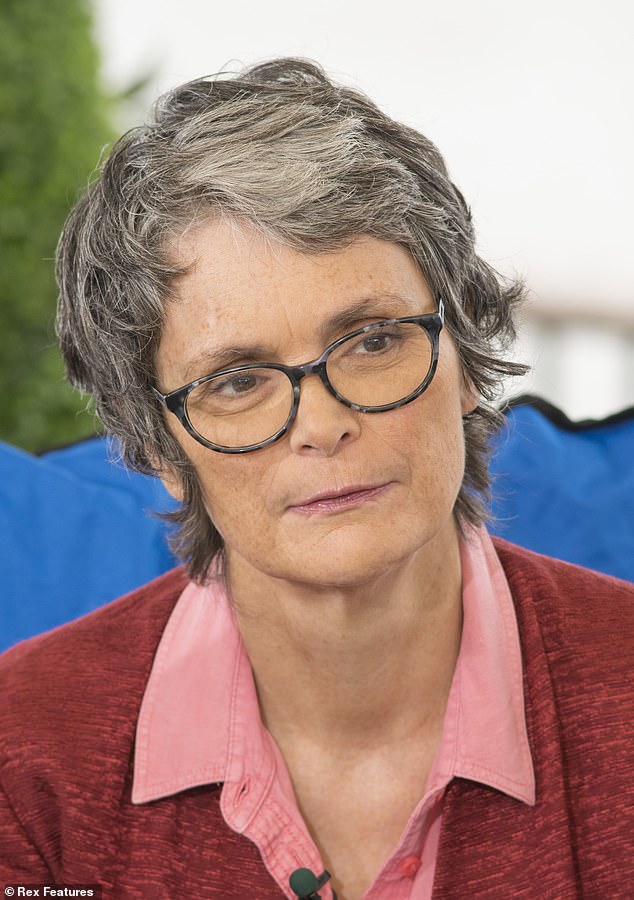 Deborah Arnott, Chief Executive of ASH, said it would report each account to authorities

Health charity Action on Smoking and Health said it would be reporting all the pop-up selling accounts to the government’s Medicines and Healthcare products Regulatory Agency.

Deborah Arnott, Chief Executive of ASH, told MailOnline: ‘The promotion of vapes hidden in chocolate packs on Tik Tok showing how they can be smuggled to children without their parents realising is outrageous.

‘Sales of these illegal products have been growing rapidly and every time one route is closed down another pops up.

‘We’ll be reporting this to the MHRA and local authority trading standards who are responsible for regulation and enforcement.

‘Much stronger enforcement action is needed if we are to stop these products being sold and hit those who sell them hard with the full penalties allowed by law.’

Previously the sellers had been using Kinder Eggs to send their products out secretly. 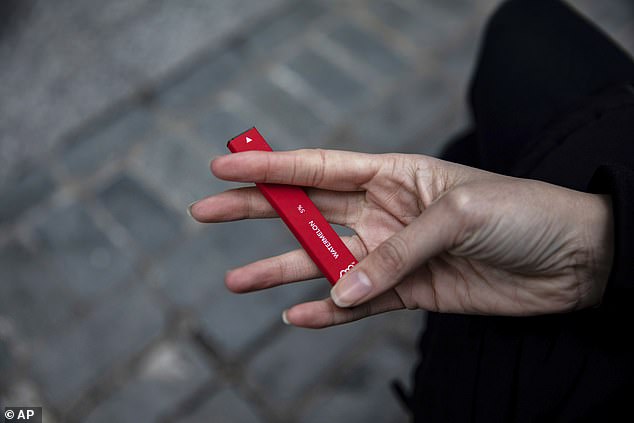 Despite it being illegal to sell vapes to under-18s, social media is awash with posts from teenagers describing being ‘addicted’ to the disposable devices

Illegal super-strength vapes have been impounded after the Mail revealed they were being sold to children.

In a string of raids, trading standards officers seized e-cigs with more than double the legal level of nicotine.

Our investigation found that Geek Bar Pros, which are the equivalent of smoking 125 cigarettes, were widely available in shops and online.

With nicotine levels as high as 5 per cent, they are so powerful that young users have reported nose bleeds, coughing up blood, headaches, chest pains and dizzy spells. The legal maximum nicotine level is 2 per cent.

Despite it being illegal to sell vapes to under-18s, social media is awash with posts from teenagers describing being ‘addicted’ to the disposable devices, which cost between £5 and £7.

They confiscated vapes with fruit, bubble gum and ice-cream flavours.

Oxfordshire councillor Neil Fawcett said: ‘It is unacceptable that vapers are unknowingly risking their health by using these illegal nicotine- intensive products.’

But this latest under-the-counter sale uses Cadbury products and is still viewable on TikTok.

High doses of nicotine can affect teenagers’ brain development and the products all contain large amounts.

But most concern is focused on super-strong Geek Bar Pro products – which cost between £5 and £7.

It is illegal to sell e-cigarettes to anyone in the UK aged 18 or under.

The disposable ElfBars and a similar product called GeekBarPro – imported from China – are so powerful that they are banned In the UK because of the health risks.

Nicotine in a single ElfBar Crystal 2500 is equivalent to smoking 208 cigarettes.

The ElfBar Lux 1500 also has 5% nicotine and a 4.8ml tank – again, well above legal limits in the UK, and the nicotine equivalent of smoking 125 cigarettes.

Neither has been registered with the Medicines and Healthcare Products Regulatory Agency, another legal requirement for manufacturers.

The craze among children for ElfBars has been fuelled by their bright colours, intensely sweet flavours.

Schools have already sent out letters warning parents of the danger and trading standards officers around the country have mounted raids to seize the dangerous products from vaping stores.

Internal industry sales figures reveal sales of ElfBar in vape shops – excluding online sales – have soared from zero in March to 95,000 a week.

The figure has trebled in the last six weeks alone, even though many ElfBar products are illegal in the UK because they are too strong and should not be on sale online or in vaping shops.

With online stores accounting for around a third of vapes sold, that means overall ElfBar sales in the UK are likely to be more than 125,000.

Cadbury did not respond to a request to comment.