Residents of a remote Russian town are under siege from hungry polar bears and fear the predators will eat them.

Videos show the nightmare in bleak Arctic port Dikson with a pack of at least half a dozen beasts scavenging for food on the streets and terrorising locals.

Armed police are firing warning shots to scare the polar bears away.

They are not allowed by law to shoot to kill unless a predator attacks a human, directly endangering life.

But the wild creatures are rapidly returning. 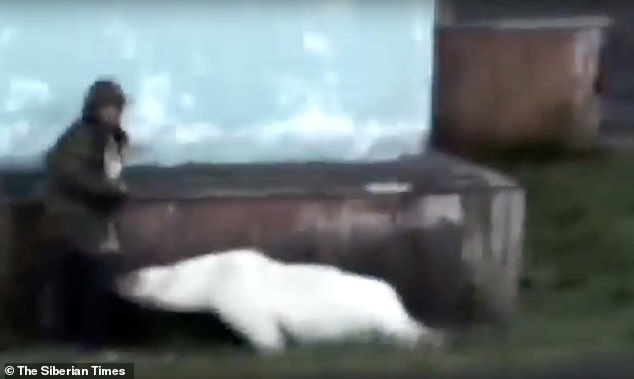 In one film sequence a bear comes right next to a man before a policeman shoots.

The bear runs and appears wounded but locals insist the endangered animal was not hit and had slipped on the mud, falling over.

The bears are attracted to rubbish bins, say reports.

But they are also seen around the doorways of apartment blocks — even going inside.

Local called Yuri Akhlomov said: ‘I was walking out of my garage and heard a dog barking.

‘Its hair was standing on end.

‘I turned my head and there was a polar bear, standing right on my doorstep. 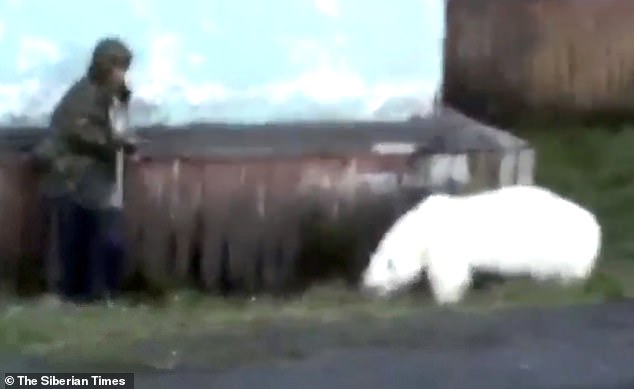 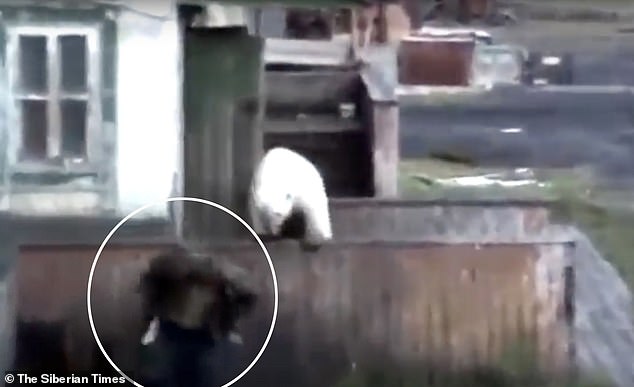 The remote Russian town, Dikson, is under siege from a pack of polar bears (pictured)

Other residents are taking terrifying risks walking close to the wild animals which could attack at any moment.

Resident Viktoria Kutyryova said: ‘I was going to work and once again (police) were chasing a bear cub that slept right near my block of flats.

‘As soon as I realised what was going on, I started to run.

‘I knew that the scared animal could have run straight into me. 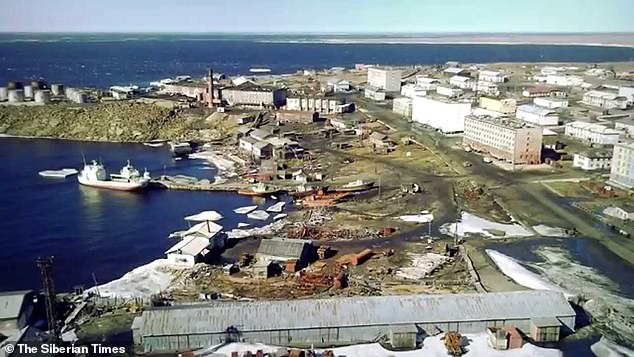 Dikson, (pictured)  is a remote Arctic port by the Kara sea

A bear cub was caught several days ago in the far flung port – one of the most northerly settlements in the world – and moved to a zoo in the regional capital Krasnoyarsk 1,250 miles to the south.

It was flown by an Antonov-26.

‘Once they discover household waste sites, polar bears mark them as their territory – and protect them,’ he warned. 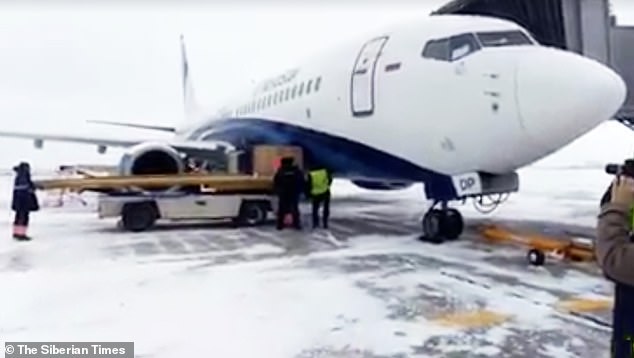 Experts expect the bears to move away from Dikson once the Kara Sea freezes for the winter.

Until then patrols will monitor the threat from rampaging bears.

The authorities have not ruled out calling a state of emergency which might see the army patrol the lonely town.

The outpost with a 676 population is named after Swedish magnate Baron Oscar Dikson, of Scottish origin, who was the patron of various 19th century Arctic explorations.