Remarkable pictures show a coot defending its chicks from a buzzard by drowning the bird just a foot away from its nest.

The images show the mother coot, which are known to be aggressively territorial during the breeding season, taking on the buzzard in a frenzied battle.

Despite the buzzard’s size advantage, with most varieties growing up to 10cm bigger than the common coot at around half a metre long, its opponent manages to gain the upper hand and brutally drowns it in the pond.

Buzzards are known for hunting small mammals such as voles, rabbits and even pigeons. But this particular bird appeared to have met its match. 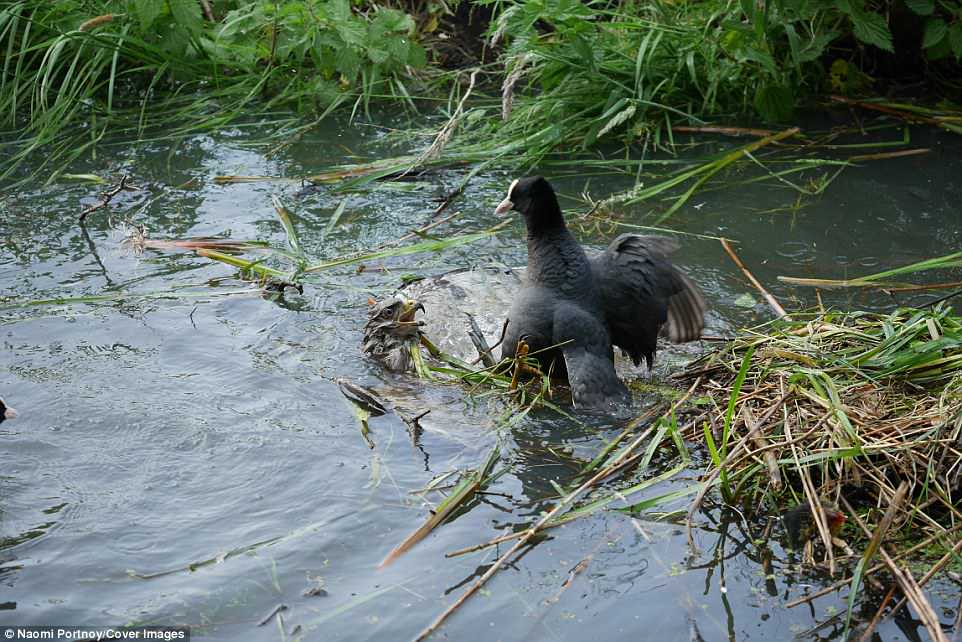 Fight to the death: The buzzard being attacked by the enraged coot with a horrified look on its face as it is shoved underwater 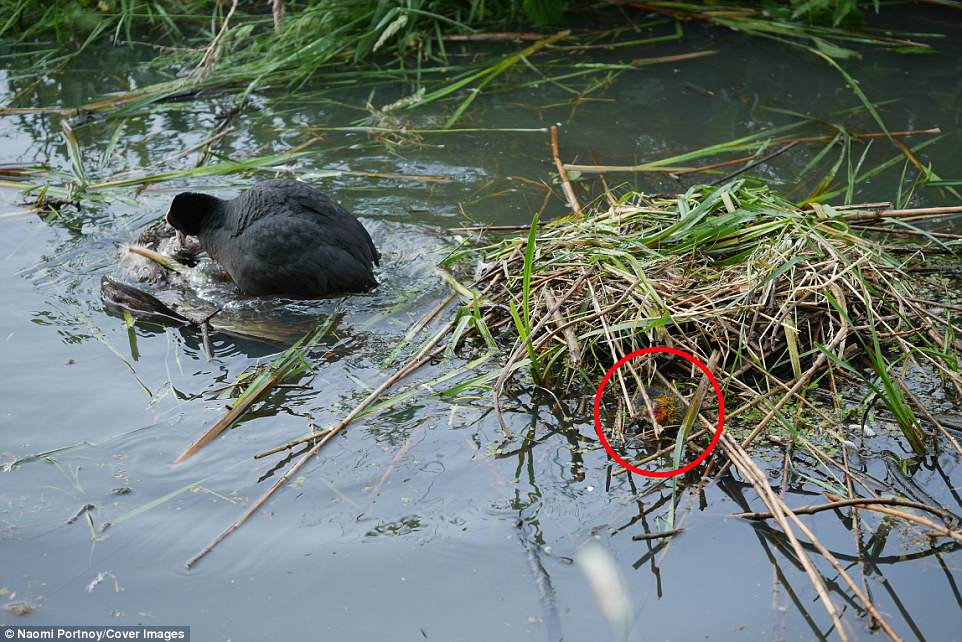 Save us, mum! The coot’s chicks can be seen watching on from just a foot away as their mother fights for their survival 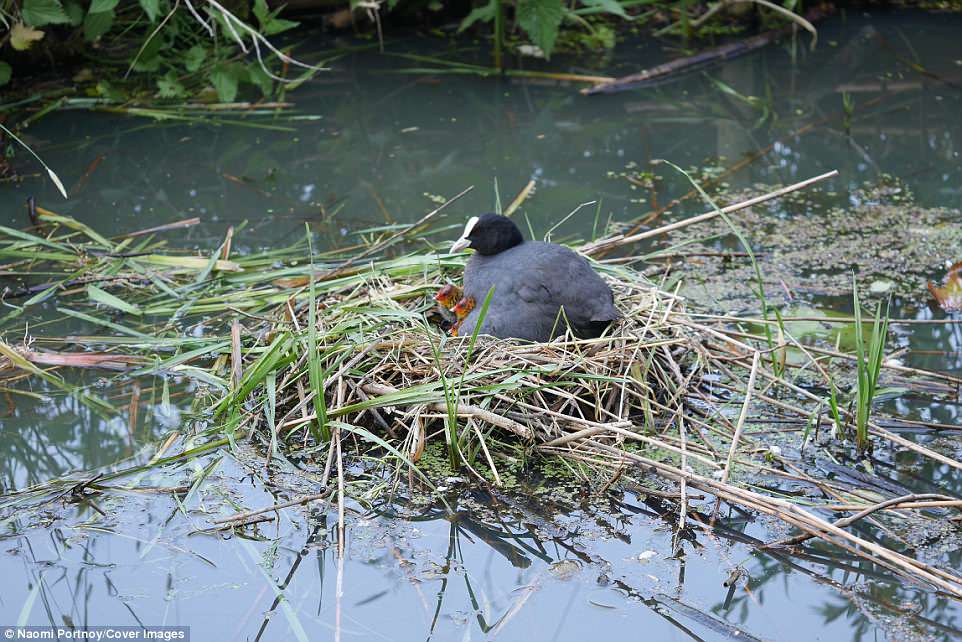 The calm before the storm: The small coot is pictured peacefully nesting with its three chicks in the moments before the attack 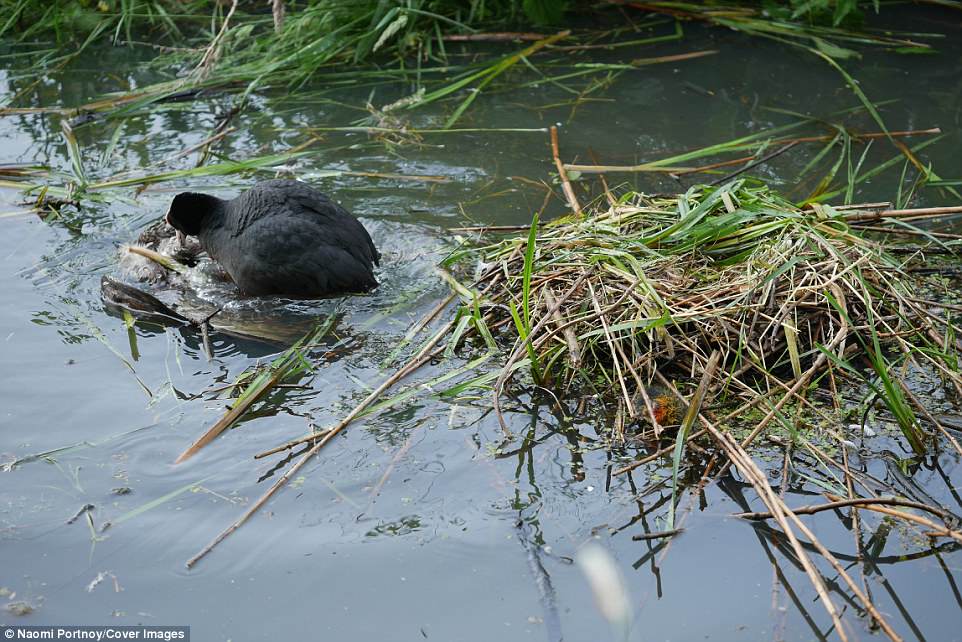 Take that! After a struggle the coot manages to thrust the much larger buzzard under the surface of the water

The pictures show the mother resting with her offspring on the nest an hour before the attack.

The coot then uses its bodyweight to push the buzzard under the water and waterlog its feathers. Later, the lifeless body of the attacker is seen floating in the water.

The pictures were taken by Naomi Portnoy near Papendrecht in the Netherlands.

Naomi, 48, who works for a scientific publishing house, explains: ‘A female coot with three chicks (there could have been more but I could only see three) was nesting in a wood close to where I live.

‘I was out walking and saw her with her three chicks in the nest. An hour later, as I walked back along the same route, I heard a lot of noise and then saw the coot defending her next nest from a buzzard trying to steal her young.

‘By the time, I got close enough to take a picture the buzzard was already in the water and the coot was flapping and jumping on and off him, pecking violently.

‘The buzzard quickly became waterlogged and the coot kept this behaviour up even after the buzzard was completely drowned. I could hear the buzzard’s last gurgles as it drowned.

‘Only one chick still visible after the attack, it was on the outside of the next and in great distress. I don’t think any survived in the end as a couple of days later when I visited the nest, it was empty and falling apart, the buzzard’s carcass was still there floating in the water next to the nest.’ 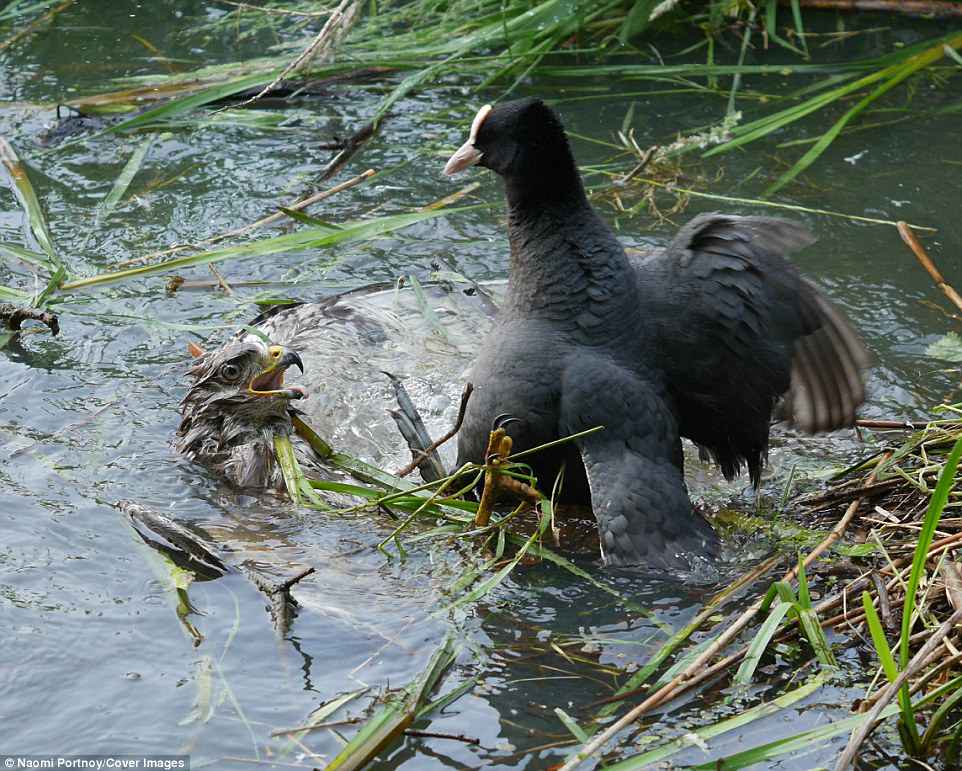 Not what it expected: A close-up shows the horrified predator being stomped on by the protective mother coot 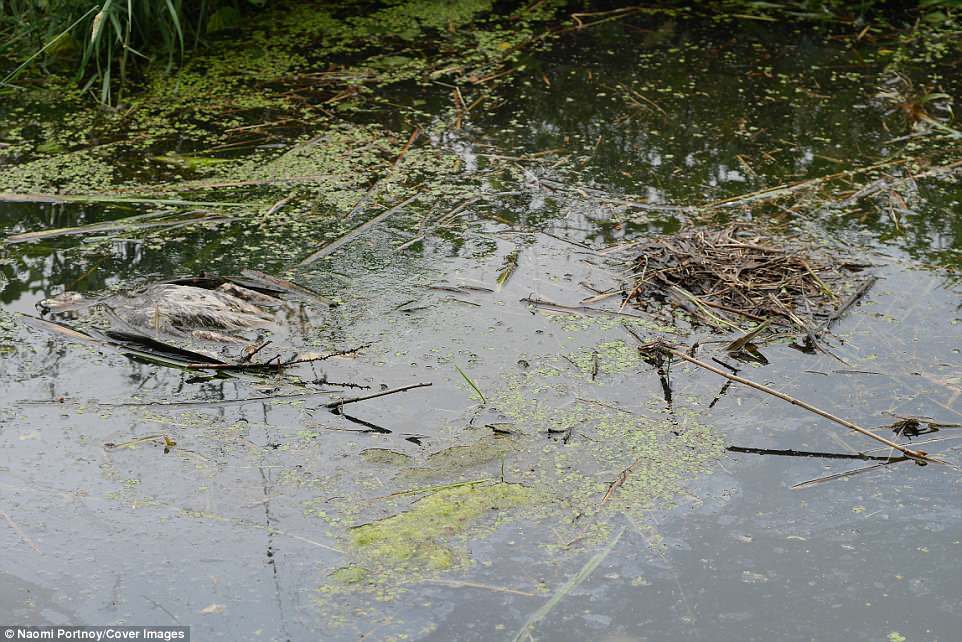 A sorrowful end: The lifeless body of the stricken buzzard can be seen floating in the water moments after the confrontation