An extraordinary photo of a powerful Angela Merkel towering over Trump was posted on the German Chancellor's Instagram on Friday afternoon. 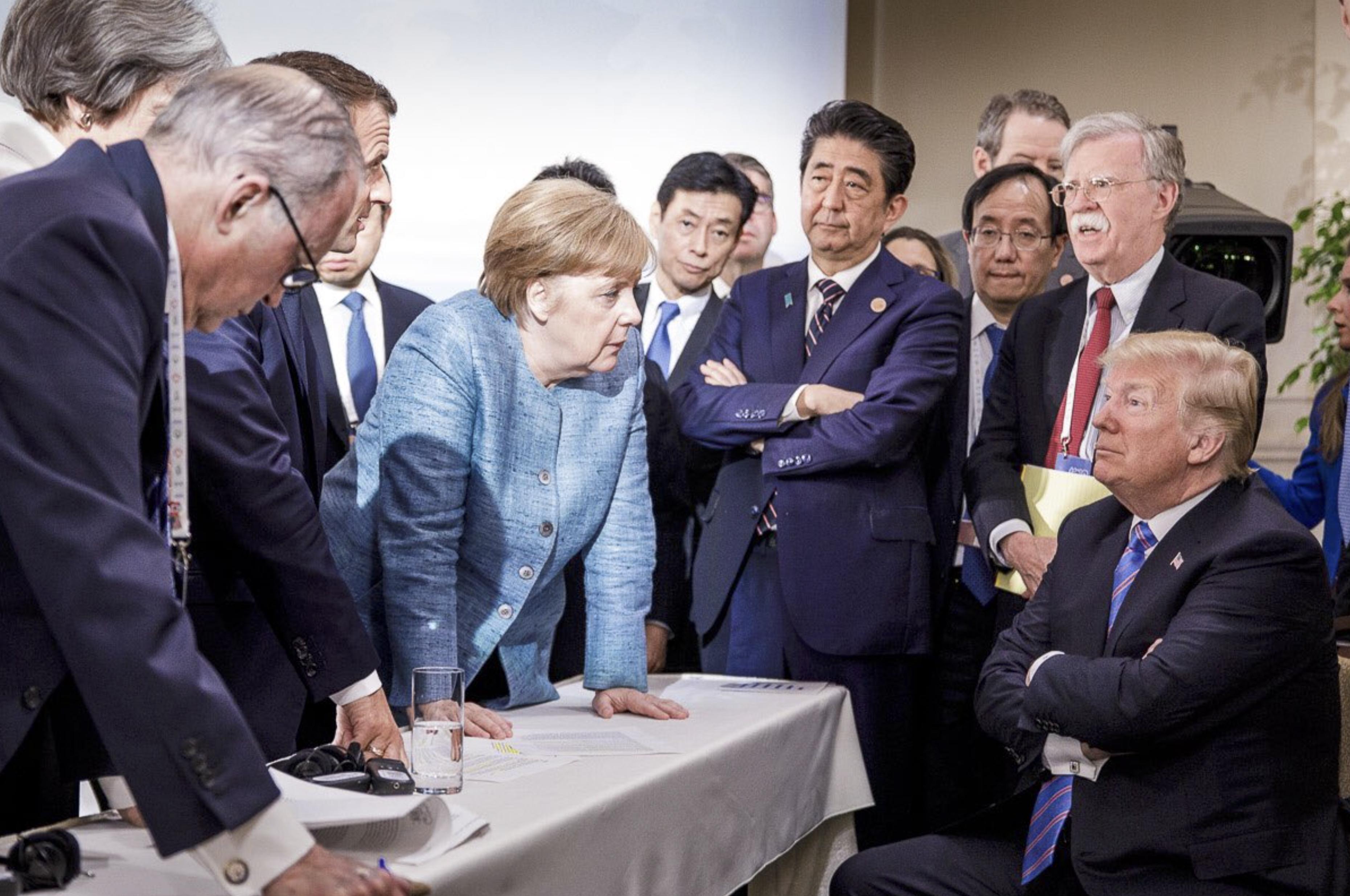 It spurred dozens of memes, many noting Trump's amused facial expression and Merkel's expression of disbelief.

The tense G7 summit was held in Quebec, Canada and hosted by Justin Trudeau.

All eyes were on Trump, after controversial actions like pulling out of the Paris climate agreement and jeopardising the relationship between the US and its allies by imposing higher tariffs on imports from Europe, Canada and Mexico.

Merkel and Trump don't have a particularly friendly history – in the past, the outspoken president seemingly refused to shake Merkel's hand for the cameras during a meeting. 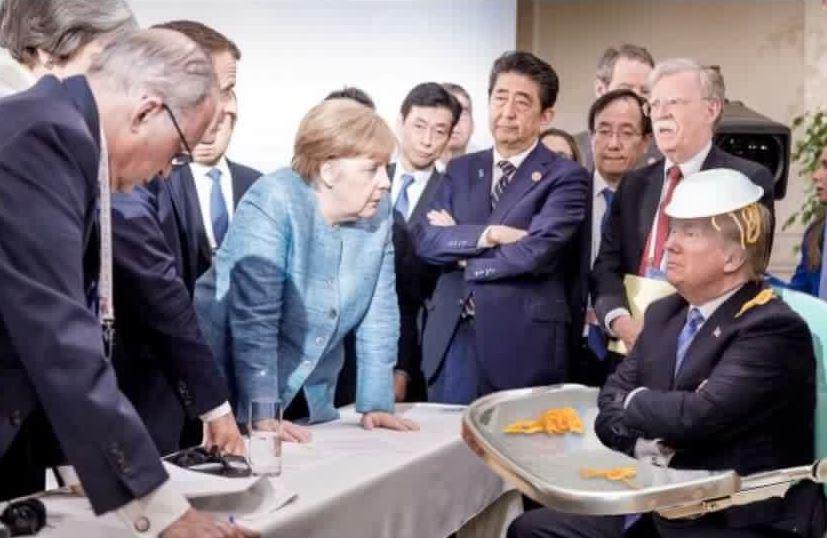 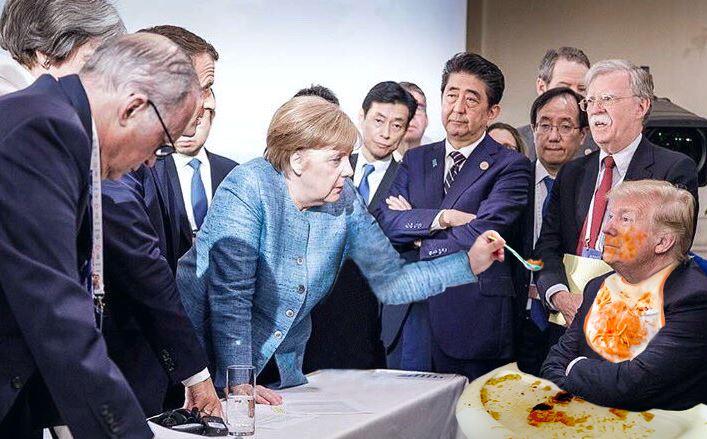 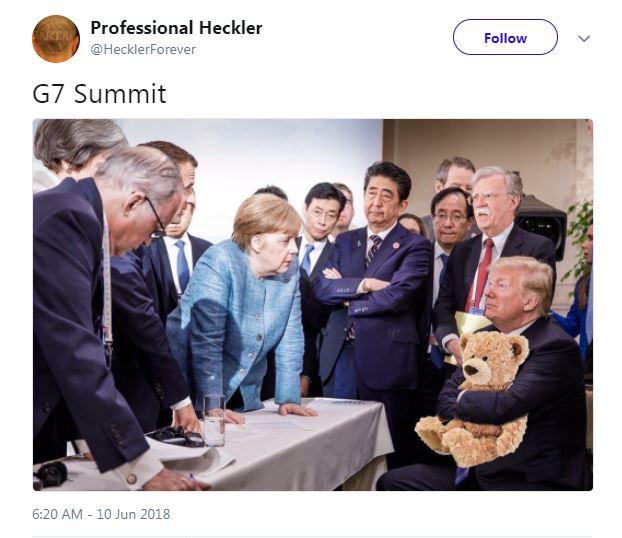 Body language expert Patti Smith told the Daily Mail that Trump is sitting in the "alpha male" position with his legs wide apart.

She said: "This is typical of him, but unusual to do in the presence of other world leaders."

"He has a look of slight amusement on his face. If you consider the seriousness of this situation, it's interesting that he's amused by this." 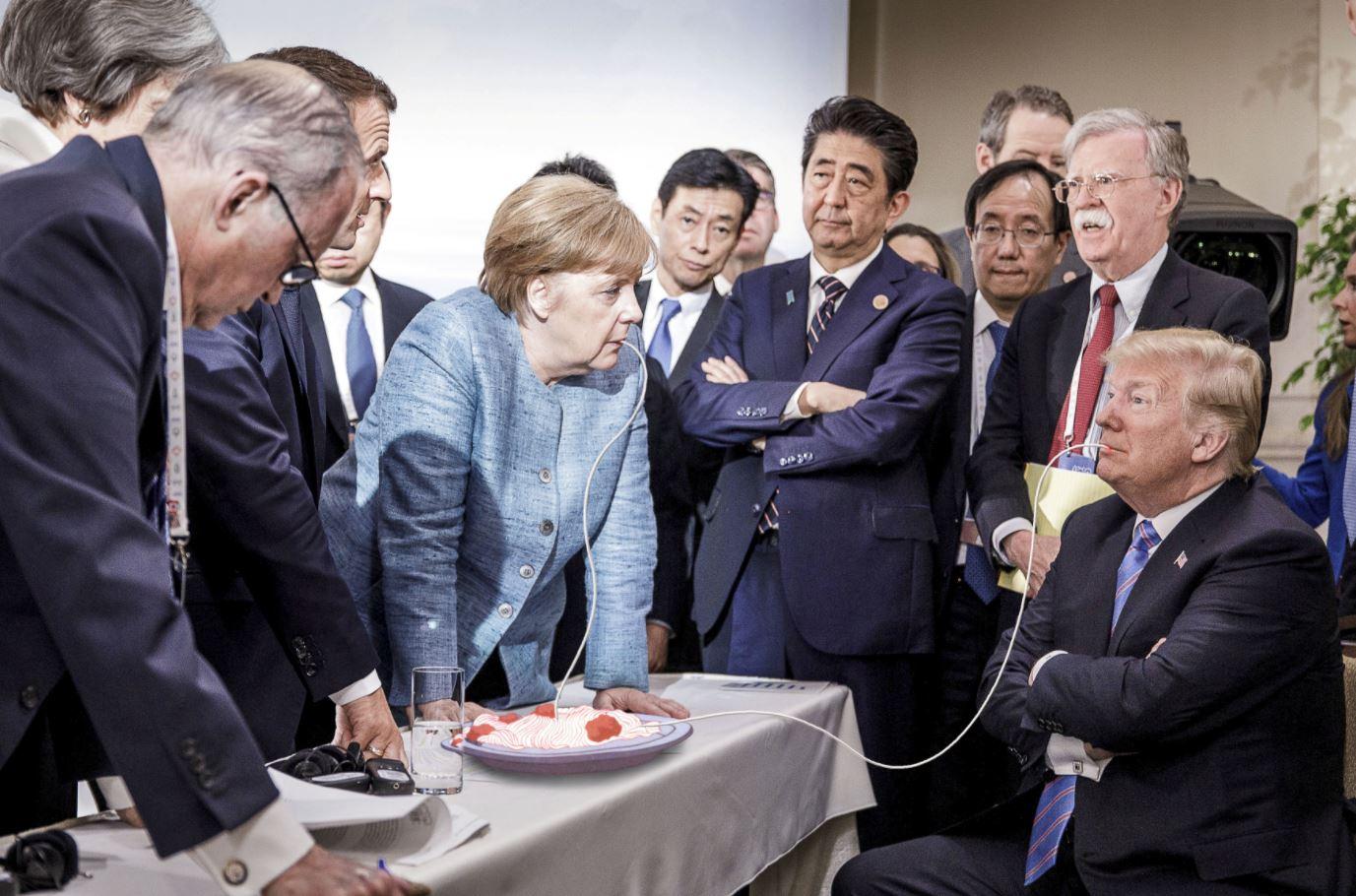 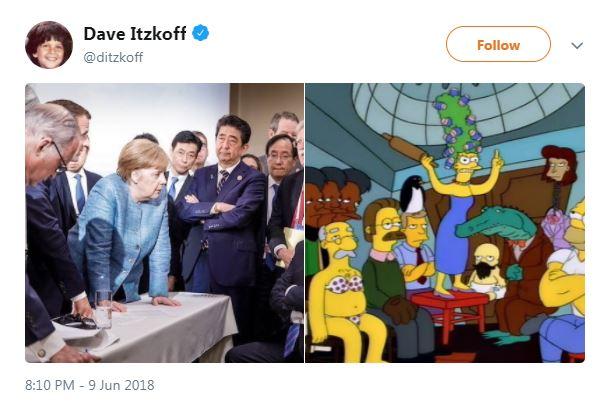 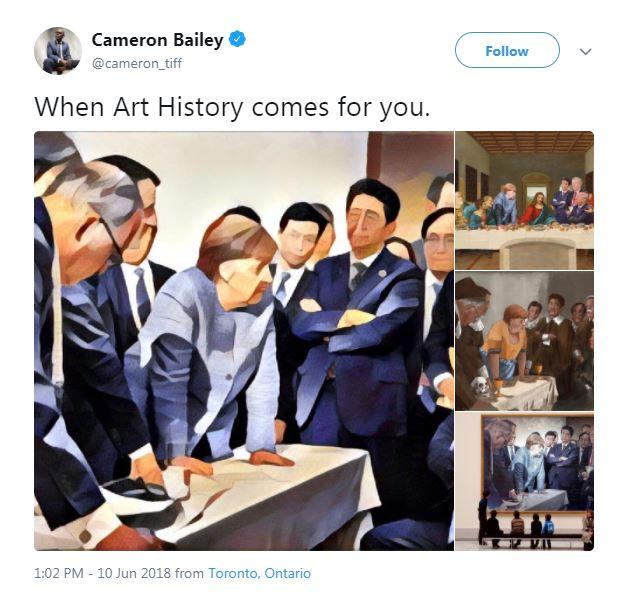 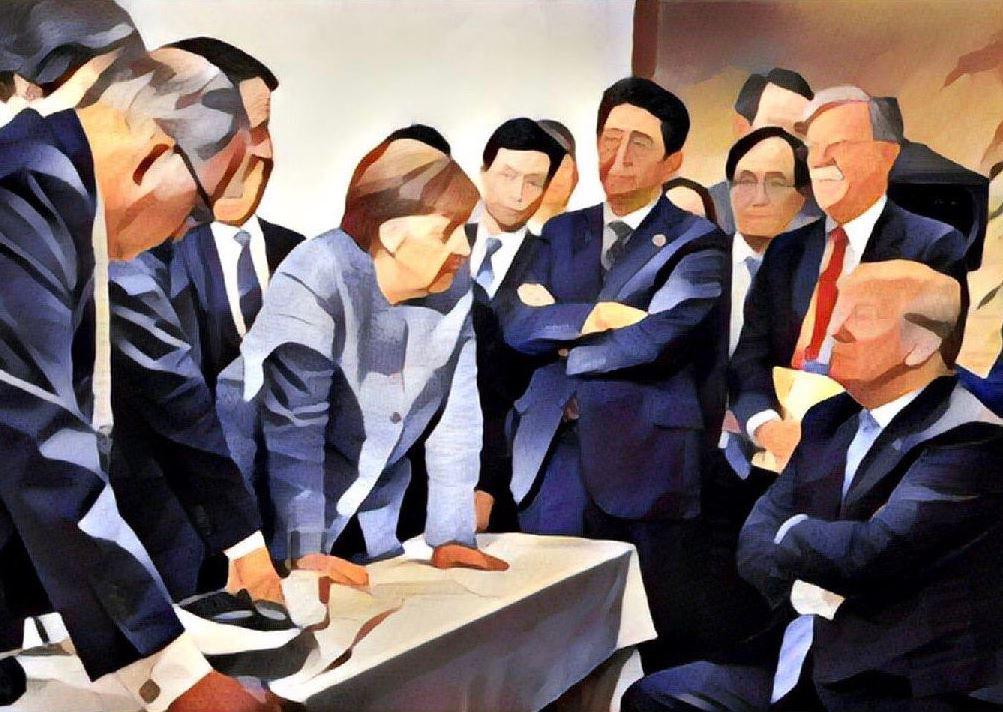 Of Angela Markel, the body language expert said: "It's an assertive position all the way.

"If you look at her arms, they're locked, so she's not only aggressive – she feels strongly about this and she's not going to change her mind."

The photo was taken just hours before Trump rejected the joint statement that the leaders traditionally make, following the summit.