And anticipation over the record-breaking 777X Jetliner reached new heights when the first 'fully assembled' model was unveiled by Boeing. 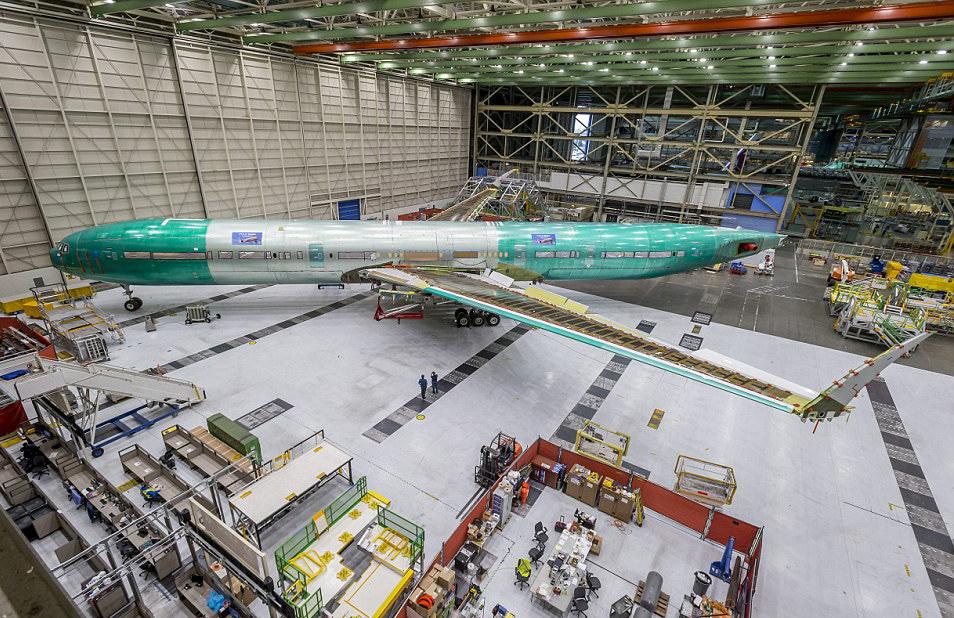 A fully assembled static test model was revealed at the aeronautical firm’s testing centre in Everett, Washington, earlier this month.

Although this particular model will never leave the ground it gives a first glimpse of the scale of the record breaking jet.

It will undergo nearly a year of rigorous on the ground testing to check the structural strength of the aircraft as well as the design’s accuracy.

The structure is largely complete but is missing a few key components like the avionics system and the engines. 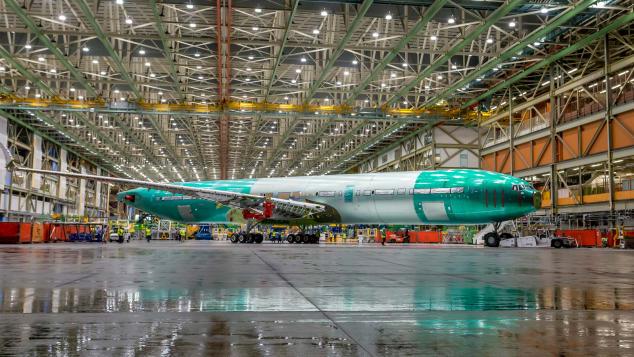 After it is finished the 777X will have the largest wingspan of any Boeing aircraft in the companies nearly century long history of 235ft five inches.

The wings give the jet extra lift, just like in a giant sailplane glider, helping the plane to save 12% more fuel than the Airbus A350, according to Boeing.

The fuselage is made of aluminium, like most commercial aeroplanes, but the wings are made of super-strong, carbon fibre, helping the jet save fuel.

These high tech wings have so far proved capable of flexing by 26-feet during testing. 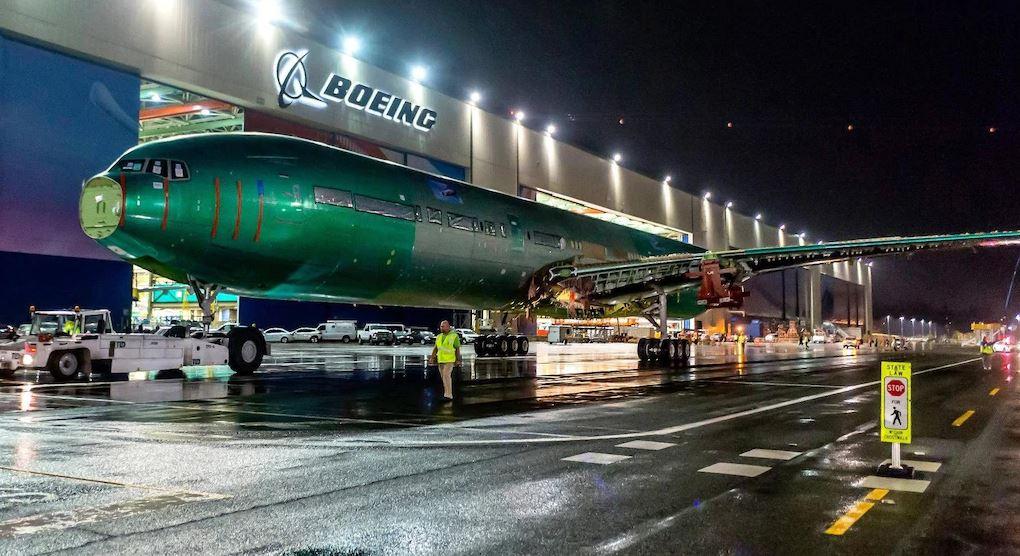 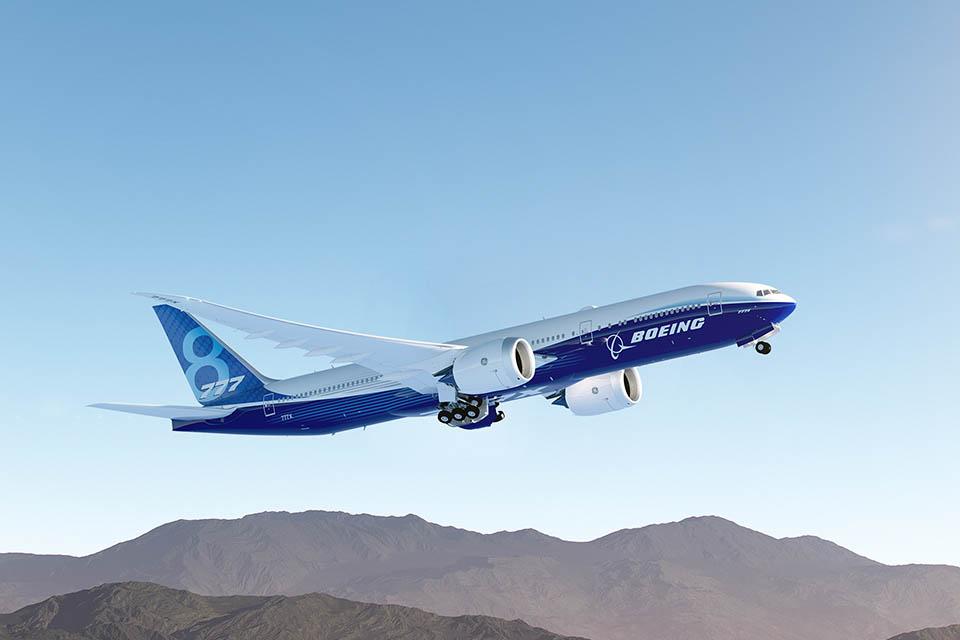 A special process is required to make the wings, including a huge, custom pressurized oven to bake the carbon fibre.

The plane will seat between 350 and 425 passengers, and is due to be put on commercial routes in 2020, with test flights beginning next year.

Doreen Bingo, Boeing Test and Evaluation 777X Test Program manager, said: "Static test is our opportunity to verify the design of the structure and load bearing components of the airplane, ensuring the final product is safe for our customers and the flying public.

"Using a full-scale aeroplane, we'll run various load conditions on the wings, gears, the struts and the fuselage."

The plane's range is expected to reach more than 8,699 miles about the distance between London and Papua New Guinea.

Airlines which have already placed orders include Emirates, All Nippon Airways and Lufthansa.