Those who turned out in gloomy conditions on Saturday were rewarded with a stunning sight when they pushed on up Ben Oss, in the Southern Highlands. 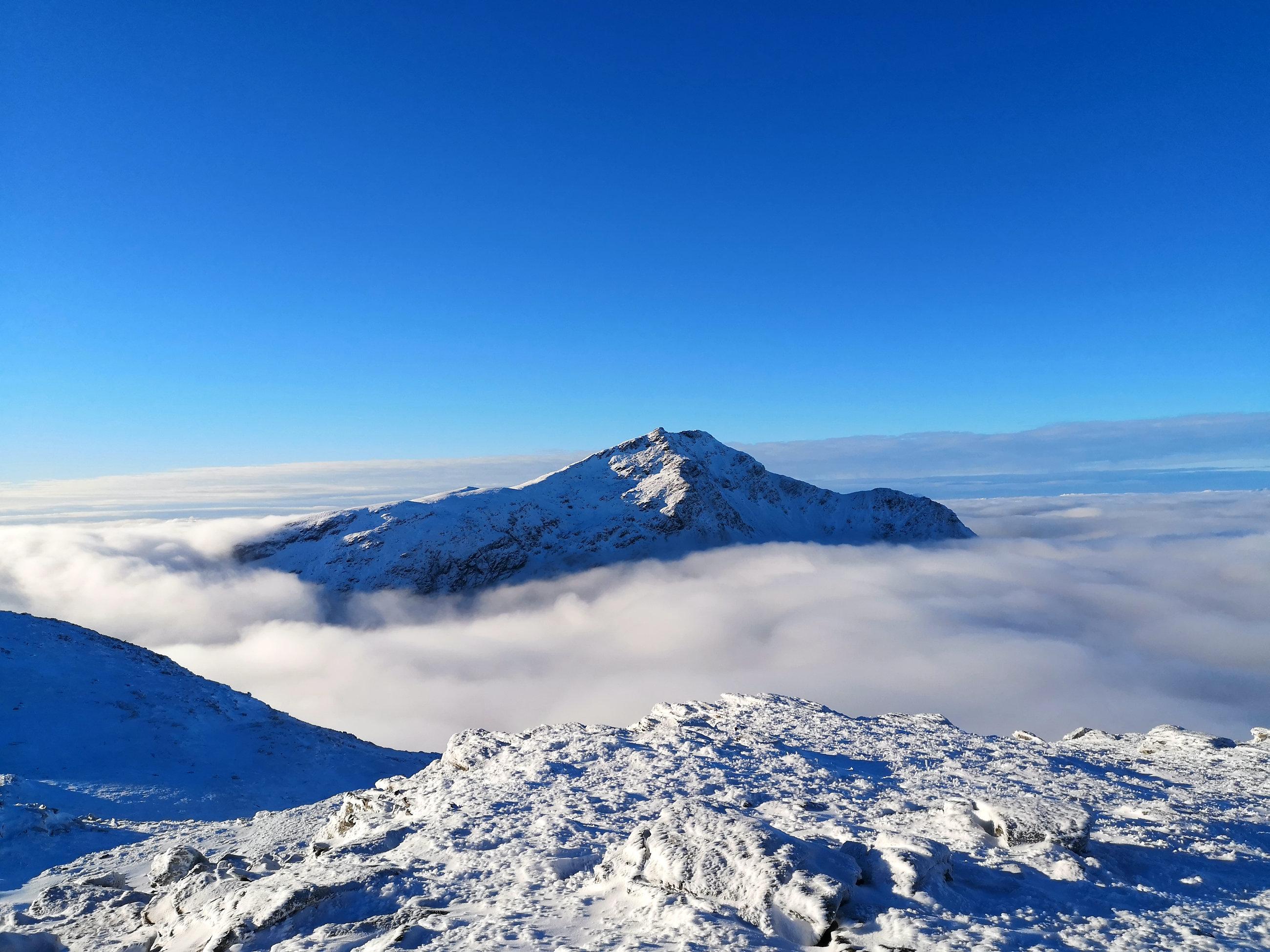 The clouds were hugging the ground below them, giving the appearance of fog while the sky above was completely clear.

Known as a "cloud inversion", the weather event occurred because the air near the ground was cooler than the air above it – whereas it's usually the other way around.

Parts of the UK, particularly Scotland have hit by freezing weather this week, with temperatures in the Highlands plummeting to -6.3C last night.

The Met Office has issued yellow 'severe' weather warnings for ice across most of the country today.

Snow has blanketed the country with up to 4cm forecast for hilly regions.

The cold snap has resulted in unusual weather phenomena, such as the cloud inversion.

Journalist Finlay Greig, who started the walk at Dalrigh, near Stirling, snapped the photos and described them as "otherworldly".

Finlay said: "It was a pretty average day on the way up with lots of cloud cover and lots of snow.

"We descended through the clouds and got a spectacular view."

Along with his girlfriend and a pal, the Scots writer hiked for three hours to the top of Ben Oss, and admired the view for about 40 minutes, with the summits of Ben Nevis to the peaks of Glen Coe visible.

But the journey down was slightly longer, as the friends marvelled at the view.

WHAT IS A CLOUD INVERSION?

A cloud inversion, also known as a "temperature inversion", occurs when the air near the ground is cooler than the air above it.

The phenomenon gives the effect of a stunning fog sweeping across the affected area.

The air above the cloud inversion is significantly warmer than the air below it.

They are most likely to happen in winter, particularly when there is high pressure and little to no wind.

The best time to see cloud inversions is before sunrise as the mist will start to evaporate when the sun comes up.

Finlay added: "At times the views looked as though it had been taken from the passenger seat in a plane."

The keen walker, from East Lothian, has climbed 98 Munros, Scottish mountains over 3,000 feet.

He said: "We were all geared up wearing gloves below the cloud, but we got above and it was roasting.

"The sun was really strong – it was great.

"The sky was lots of different shades of blue, as it got darker the sky started to change colour.

"There was nearly a full moon.

"It was definitely a walk to remember." 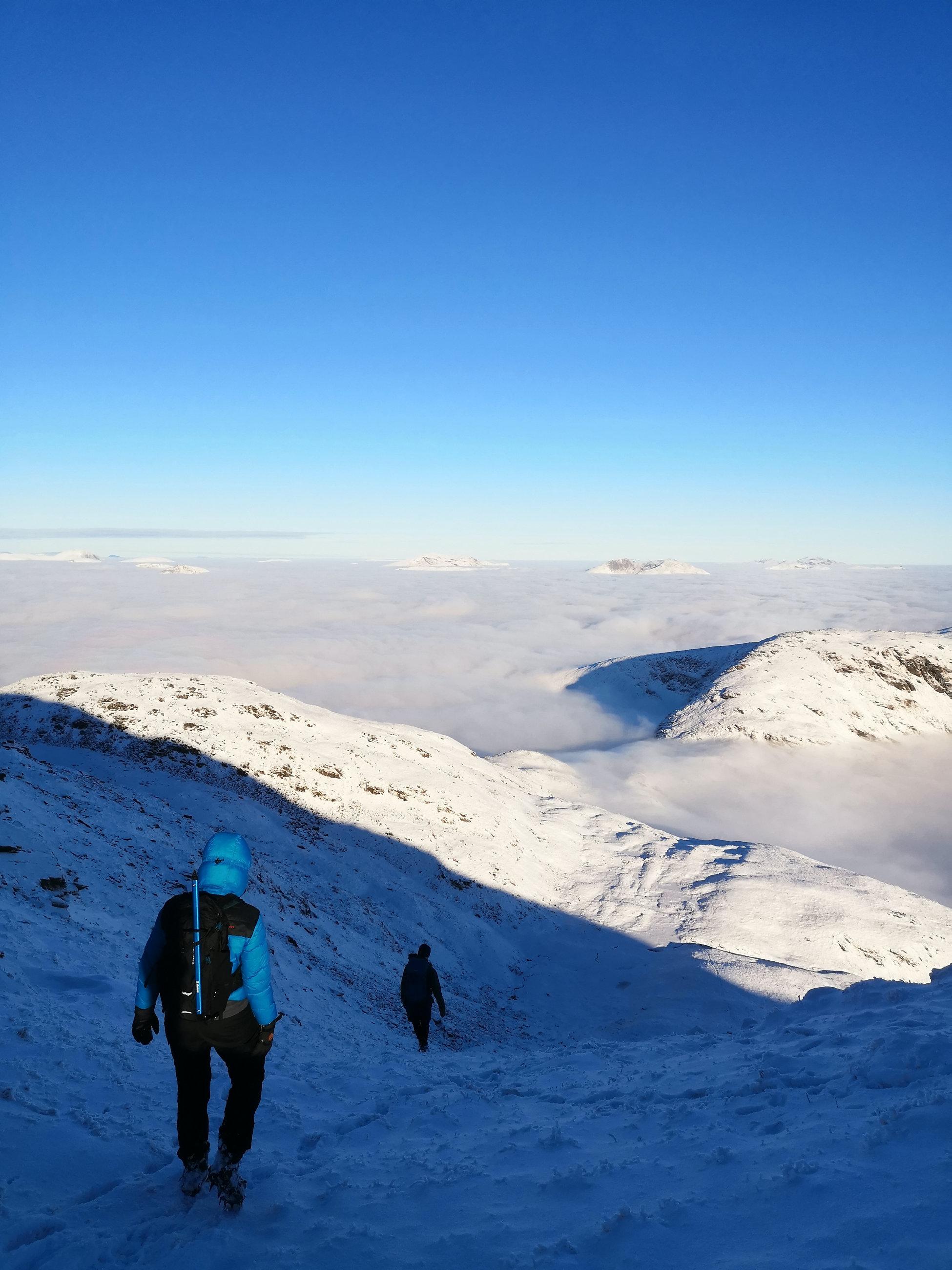 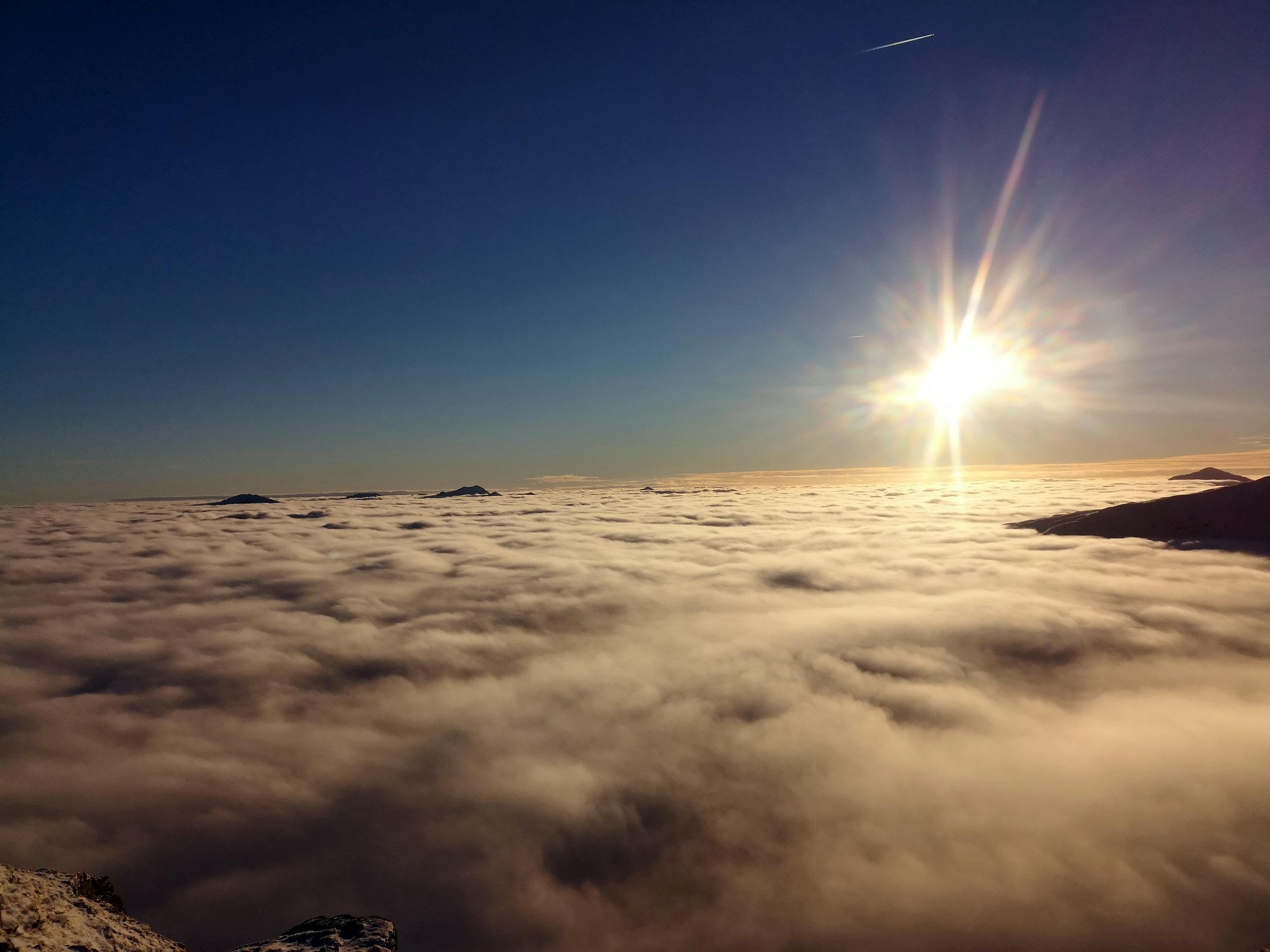 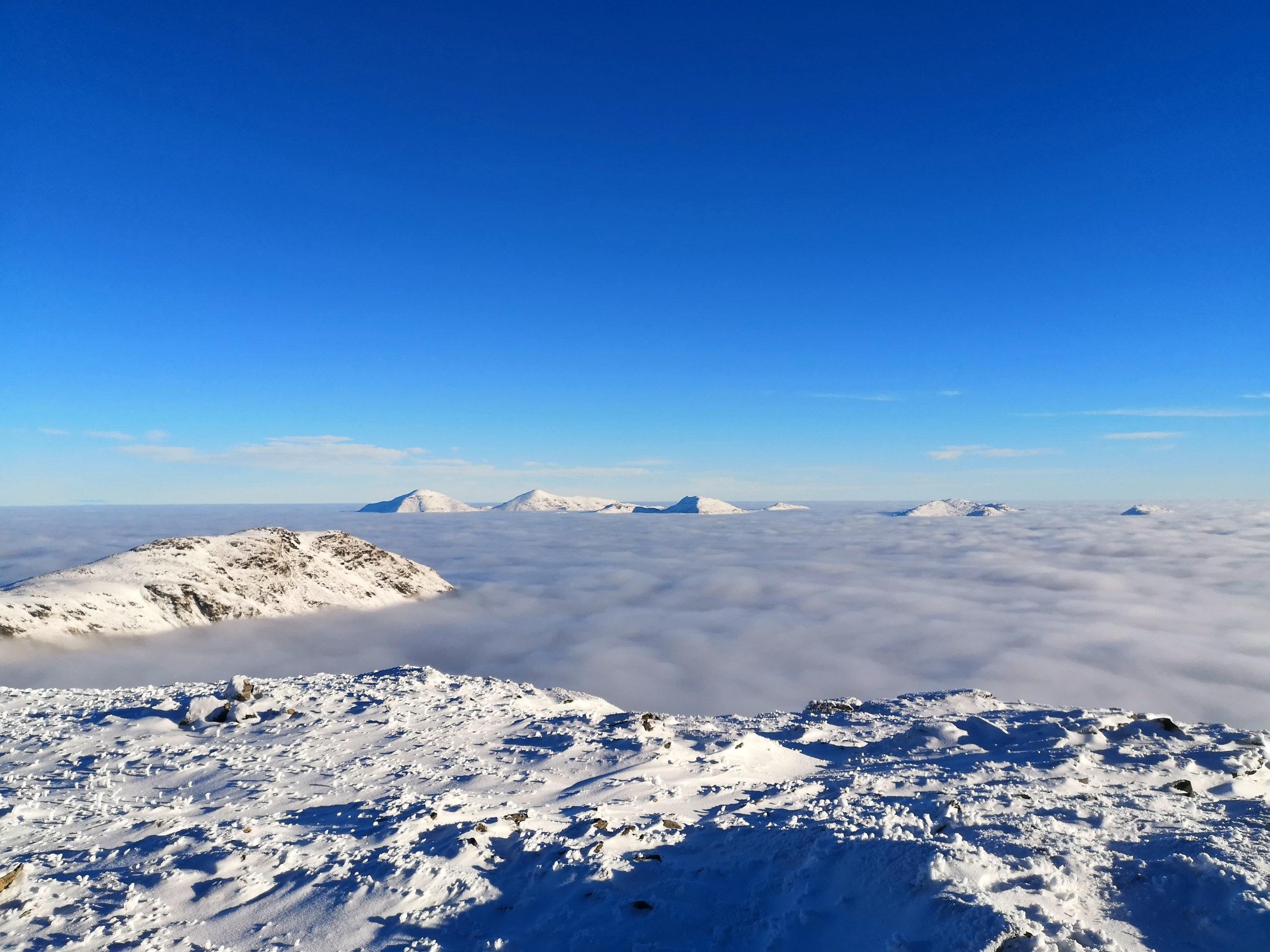