The person who penned it had clearly come armed to shame poor drivers – having thought ahead and printed out the note. 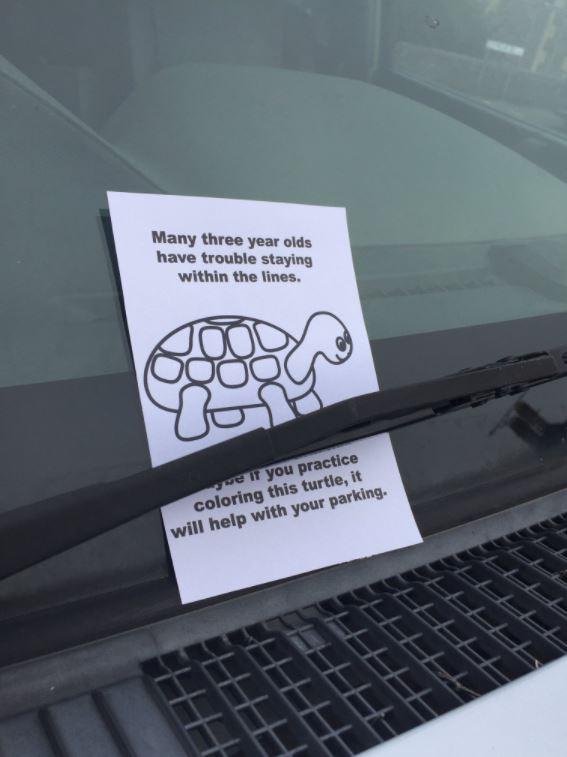 It isn't known who left the message on the unsuspecting Bristol driver's car, but they made their point perfectly.

The note included a picture of a turtle, and came with a barbed message.

It read: "Many three year olds have trouble staying within the lines.

"Maybe if you practice coloring this turtle, it will help with your parking." 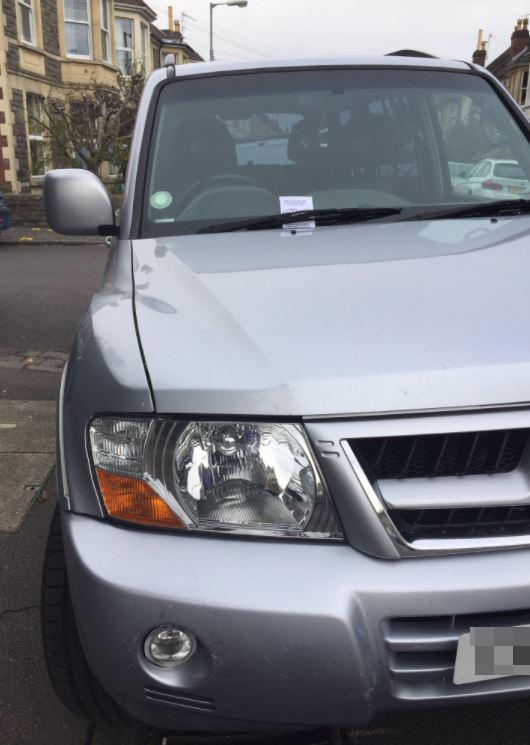 They slipped the note under a windscreen wiper to ensure it's picked up by the driver when they return to their car.

An amused person who walked by the car, and it's humiliating note, couldn't resist taking a snap and sharing it on social media.

The pictures don't make it obvious what exactly is so wrong with the parking attempt.

But it appear that it has perhaps gone onto the pavement, and may be slightly in the way of another road entrance.

Last year we reported on a website which publicly shamed thousands of calamitous British motorists for their terrible parking.

Selfishparkers.com has over 2,600 images showing some cars parked over two bays and others stopped up against the neighbouring vehicle’s driving door.

And earlier this year we published a video of two middle-aged men coming to blows in the middle of the M25.

The punch-up is believed to have been sparked by the silver-haired driver in the pink shirt cutting in front of the other motorist.

The two men then got out of their cars to confront one another before trading blows on Britain's biggest motorway.

A stunned motorist filmed the bust-up which took place as lorries sped past on June 15.