India stands on the brink of a devastating third wave of coronavirus according to health experts. With the country’s hospitals struggling to cope with rising numbers of Covid patients a news study points to a likely spike in the Autumn. India’s health care system could become overwhelmed by the third wave of coronavirus leading to thousands of more deaths on top of an already spiralling mortality rate.

“It may only have a few months now before a third wave threatens to completely overwhelm the country’s healthcare system and kill thousands more.

“A snap survey of 40 doctors, scientists, virologists from the around has revealed that India will likely be it by a third wave of Covid 19 infections in the month of October.

“Now while the survey says it will be better controlled this time around the pandemic will still continue to be a public health threat for at least another year.”

JUST IN: Biden’s meeting with Putin descends into chaos over press presence 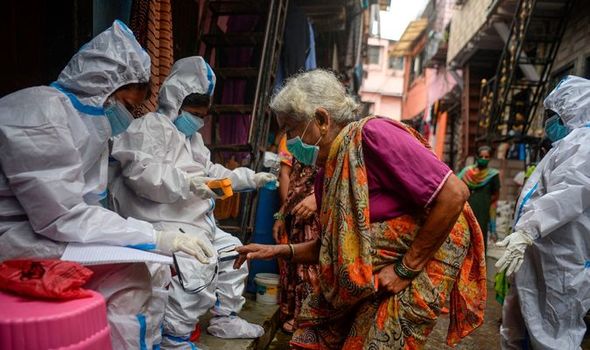 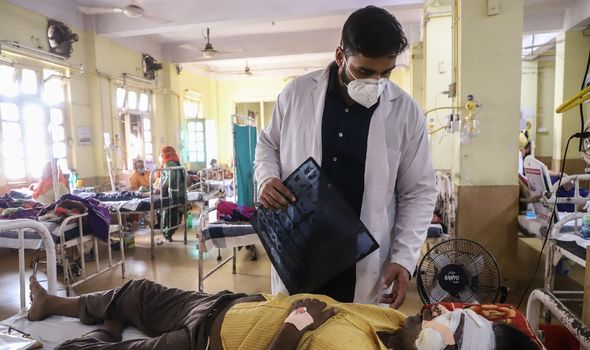 She continued: “However over 70 percent of the experts consulted said that any new outbreak would be better controlled.

“Since the vaccination drive would provide some measure of immunity.

“So far India has only vaccinated about five percent of its estimated eligible population of 950 million.

“While experts feel its vaccination drive is likely to pick up they have cautioned against lifting restrictions early.”

It comes as Indian doctors discussed a possible connection between the “black fungus” cases in Delta strain patients and the overuse of steroids.

Channel 4 News spoke with one Indian doctor who has been investigating the theory who warned that steroid use to treat coronavirus may lie behind the fresh epidemic.

Dr Sumit Mrig told Channel 4 News: “Most of the patients which we were seeing were covid recoveries.

“Almost 85 to 90 percent of them were diabetics. 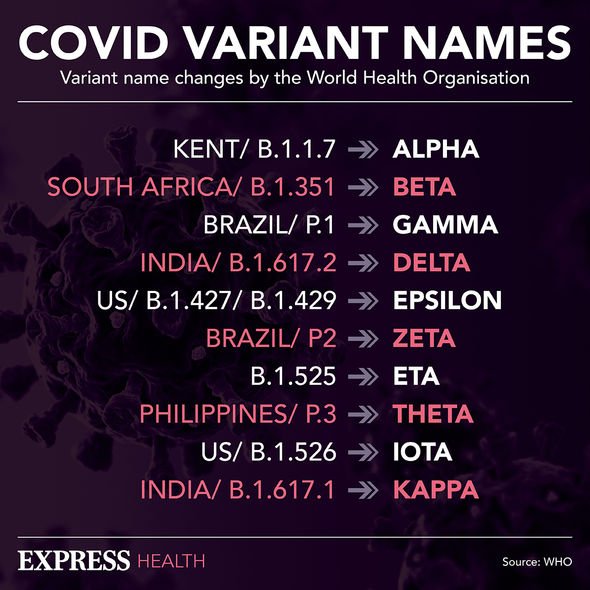 “Patients who are diabetics have been at the most receiving end and let me tell you 13.6 percent of the Indian population who are pre-diabetics have become diabetics in this second wave. Because of unscrupulous use of steroids.”

Dr Mrig has been studying black fungus and believes a toxic combination is at play in India, according to Channel 4 News.

“Which has been made worse by the overuse of steroids as a treatment for Covid.”