SRINAGAR, India (Reuters) – Indian authorities on Thursday extended the detention of two separatist leaders in the disputed Kashmir region, police said, holding them under a controversial law that allows for suspects to be held for up to two years without charge. 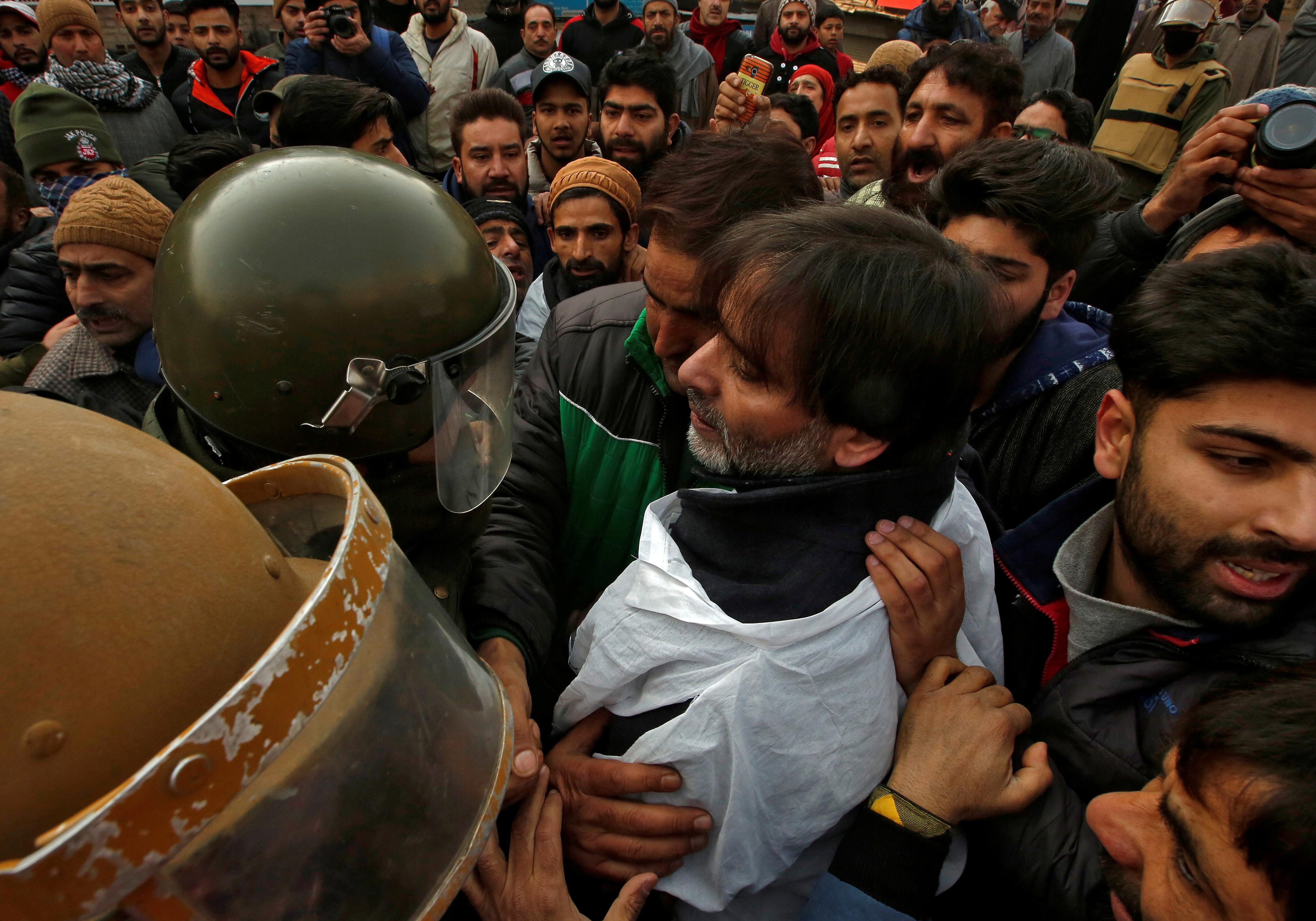 The order is part of a crackdown on militancy and those who demand mostly Muslim Kashmir’s secession, after a young man from the region last month rammed a car full of explosives into a convoy of paramilitary policemen, killing 40 of them.

The attack was claimed by a Pakistan-based Islamist militant group.

Police detained Yasin Malik, the chairman of the Jammu and Kashmir Liberation Front (JKLF) and one of the most influential separatist leaders in Kashmir, and Zahid Ali, a spokesman for the recently banned Jamaat-e-Islami party, days after the attack.

The government accuses Jamaat-e-Islami of supporting militancy in Indian-controlled Kashmir, which is at the heart of decades of conflict with Muslim Pakistan.

Jamaat-e-Islami said last week it had not done anything to invite the ban. The group could not be reached for comment on Thursday.

Police said both Malik and Ali were being moved to a jail in Jammu, the winter capital of Jammu and Kashmir state.

A JKLF spokesman condemned the “arbitrary arrest” and the use of the public safety act against Malik, calling it a “glaring display of frustration” of Indian authorities.

Imprisoned as a militant here in 1990, Malik renounced violence and declared a ceasefire in 1994, but he has been imprisoned multiple times since then.

Malik’s supporters called for a shutdown in parts of Kashmir’s main city of Srinagar city to protest against his detention with shops and other commercial establishments closed.

Mirwaiz Umar Farooq, chairman of the separatist umbrella All Parties Hurriyat Conference, denounced in a post on Twitter the authorities’ “illegal and undemocratic tactics” and said they would not stop demands for a peaceful resolution of the Kashmir dispute “in accordance with people’s will”.

He and other separatist leaders have called for a strike in Kashmir on Friday.

Kashmir has been divided and disputed since the partition of the British colony of India and the creation of independent India and Pakistan in 1947. They both rule it in part but claim it in full.

A senior Indian government official said at least 25 other separatist leaders, most of them affiliated with the Jamaat-e-Islami, could be detained.

At least 300 separatists, most of them from that group have been arrested in the past three weeks.

Amit Shah, the president of Prime Minister Narendra Modi’s ruling Hindu nationalist Bharatiya Janata Party, said last week the government had made it clear to the separatists that “if they want to live in India, they will have to speak the language of India, not Pakistan’s”.