An Indian politician who filmed himself sitting in  mud puddle and blowing a conch, claiming that it prevented coronavirus, has tested positive for the disease.

Sukhbir Singh Jaunapuria, an MP from the northern state of Rajasthan, was among 24 MPs who tested positive for the virus on September 14, local media reported.

A month before the diagnosis, he had uploaded a bizarre video to his Facebook page in which he could be seen sitting shirtless in a muddle field, blowing a conch shell. 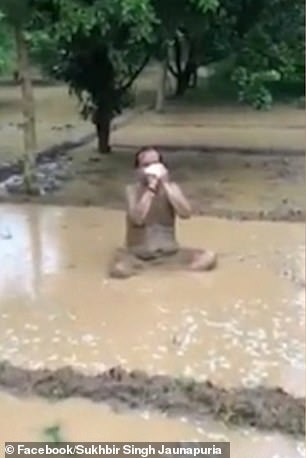 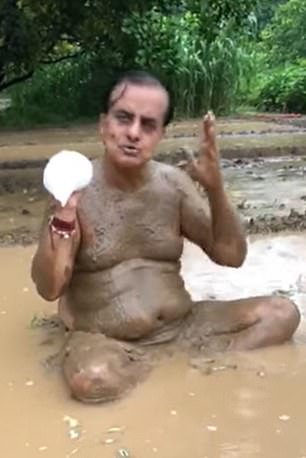 Sukhbir Singh Jaunapuria, an MP from the northern state of Rajasthan, claimed that sitting in a mud puddle and blowing a conch shell would provide immunity to coronavirus 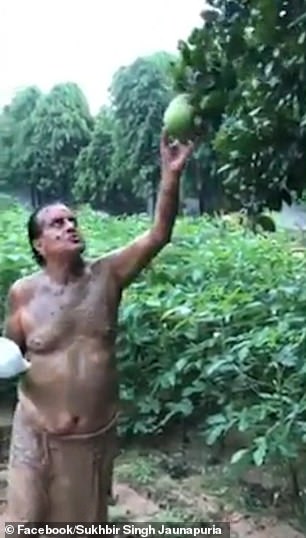 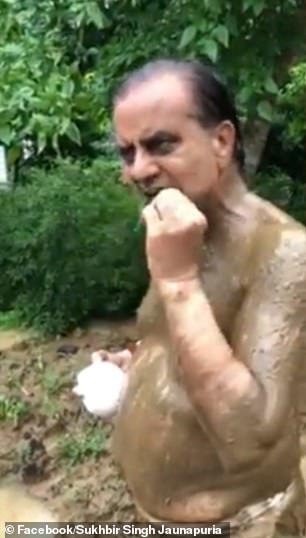 Jaunapuria, who also claimed that eating ‘desi’ – indigenous – foods would prevent the disease, has now tested positive for coronavirus

‘Go out, get wet in the rain, sit in the dirt, work on the farm, blow a conch … and eat “desi” things. One gains immunity from doing these things,’ he says in Hindi.

Desi is an Indian term which means local, indigenous, or pure. 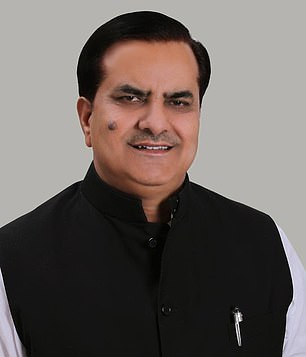 India has also suffered more than 83,000 deaths, with 1,132 people perishing from the disease between Wednesday and Thursday.

It took India just 11 days to go from 4million cases to 5million, meaning it now has the fastest-rising coronvirus outbreak of any country in the world.

Jaunapuria is far from the only prominent politician to propose an odd cure for coronavirus.

In Mexico, President Andrés Manuel López Obrador revealed he was carrying amulets which he said protect him from disease, while Puebla Governor Luis Miguel Barbosa Huerta claimed poor people were immune to the disease.

Suman Haripriya, another Indian lawmaker from the state of Assam, touted the theory that cow urine and dung could be used to sterilise infected areas, while Yogi Adityanath, chief minister of Uttar Pradesh, suggested yoga was also a cure. 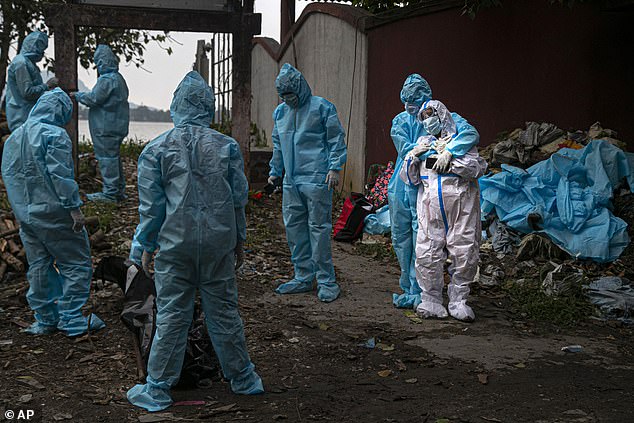 India has now surpassed 5million coronavirus cases and 83,000 deaths, and has the fastest-growing outbreak in the world (pictured, a woman, in white, examines her husband’s body) 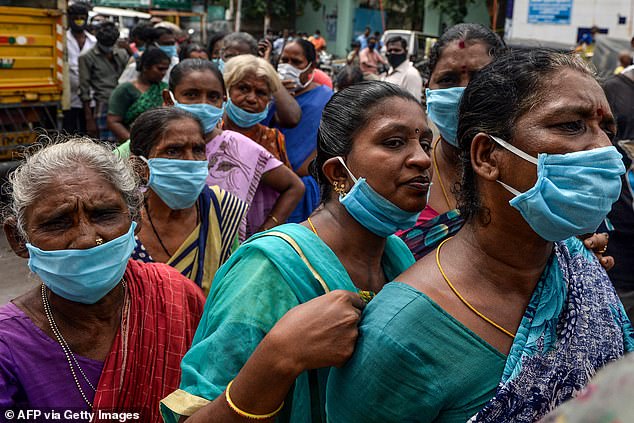 India, which initially went into lockdown over coronavirus, is pushing ahead with reopening despite surging infections after its economy lost almost 24 per cent of its value

And US president Donald Trump suggested that scientists should look into whether injecting disinfectant could be a cure for the virus.

India is struggling to cope with its rapidly expanding outbreak, as supplies of oxygen run short across the country.

In the big states of Maharashtra, Gujarat and Uttar Pradesh, that are also some of the worst-affected by the virus, demand for oxygen has more than tripled, doctors and government officials said, prompting urgent calls for help.

‘Desperate patients have been calling me through the night but I don’t know when I will get stock,’ Rishikhesh Patil, an oxygen supplier in the city of Nashik, said.

India’s meagre health resources are poorly divided across the country. Nearly 600 million Indians live in rural areas, and with the virus spreading fast across India’s vast hinterlands, health experts worry that hospitals could be overwhelmed. 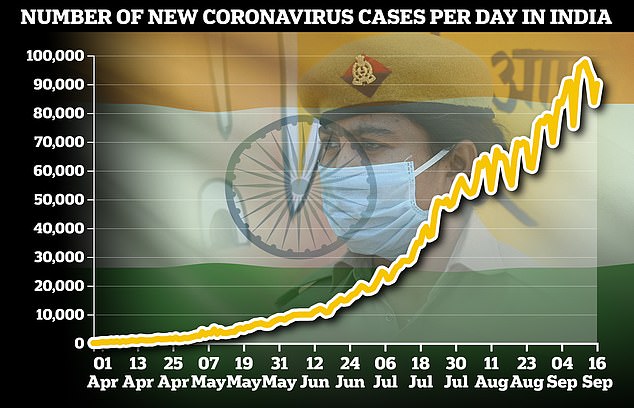 India is now adding almost 100,000 new cases of coronavirus each day, and took just 11 days to add 1million new infections, the fastest of any country in the world 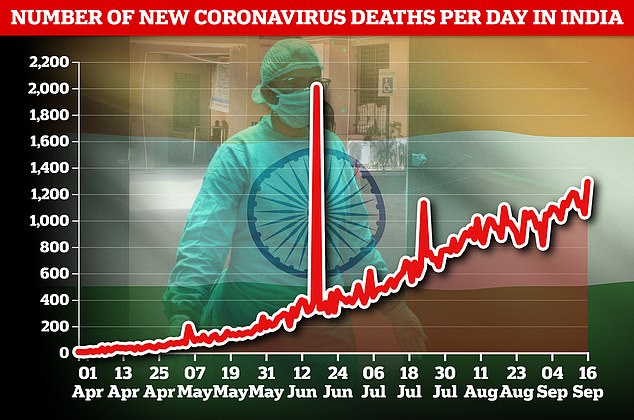 India’s daily death toll is also climbing as doctors warn that oxygen supplies, which are needed to ventilate infected patients, are in desperately short supply

But many of these are antigen tests, which look for virus proteins and are faster but less accurate compared to RT-PCR, the gold standard for confirming the coronavirus by its genetic code.

With the economy contracting by a record 23.9% in the April-June quarter leaving millions jobless, the Indian government is continuing with relaxing lockdown restrictions that were imposed in late March.

The government in May announced a $266 billion stimulus package, but consumer demand and manufacturing are yet to recover.

A large number of offices, shops, businesses, liquor shops, bars and restaurants have reopened. Restricted domestic and international evacuation flights are being operated every day along with train services.

Schools will reopen for senior students from 9-12th standards for consultation with teachers next week.