Lalit Patidar was born with congenital Hypertrichosis, which causes abnormal hair growth on the face and body. 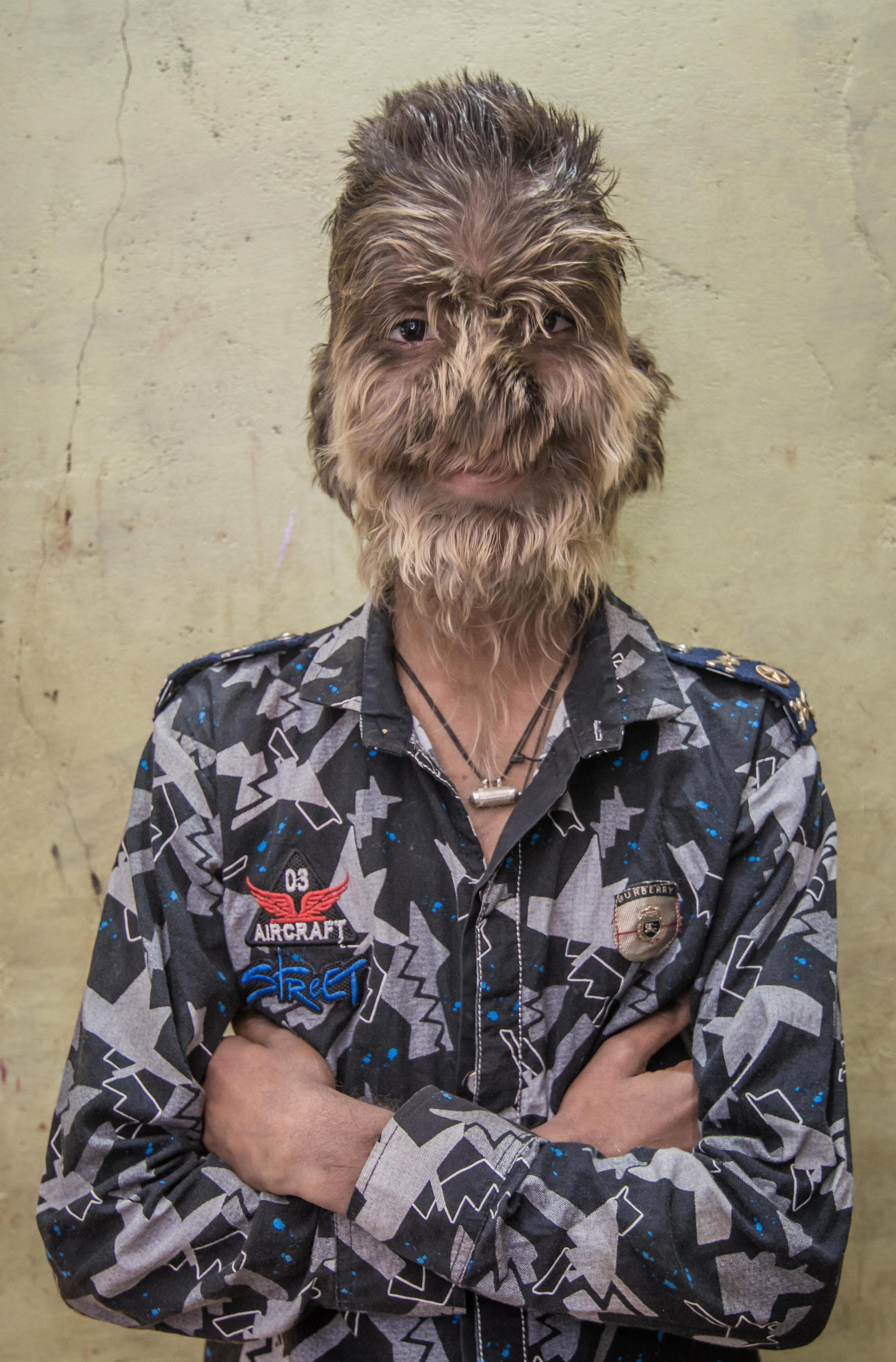 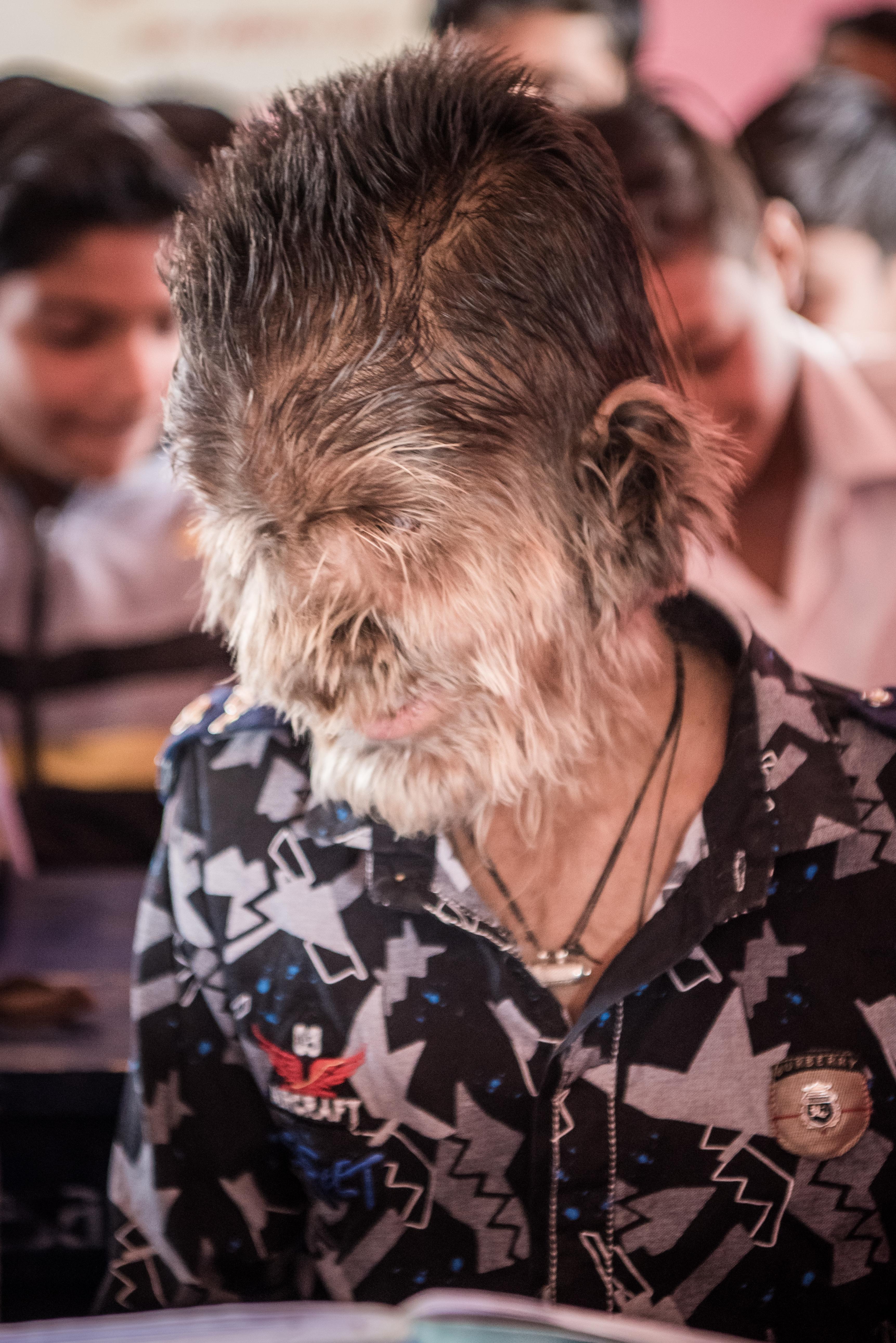 The 13-year-old, from Ratlam in India, says that while he's accepting of his condition, strangers often make fun of him.

Lalit said: “Sometimes when I am out in a busy town, people come and stare at me. Some even call me monkey.

“There have been times when other kids throw stones at me and call me names.

Sometimes when I am out in a busy town, people come and stare at me. Some even call me monkey

“But my family and friends come to my rescue and defend me during such incidents.

"I sometimes wish to have some surgery to get rid of excess hair because I want to be friends with everyone. They shouldn't hesitate to play with me."

But despite his setbacks, Lalit says he's determined to fulfil his dream of becoming a police officer – so he can "put all the thieves and criminals in jail".

Lalit said: “Sometimes I wish I was like other children, but I cannot do much about it.

“I want to join the police and put all thieves and criminals in jail when I grow up.

“I want to earn money as an honest policeman and with that I want to look after my mum and dad. They have done a lot for me and I don’t want any complications for them when they grow old.”

She said: “In the first half an hour after Lalit was born, I was amazed to see his body covered in an extraordinary amount of hair.

“We immediately asked the local paediatrician to examine him who trimmed off his excess hair and said that there is no cure for this”.

“I have five daughters and we prayed at a lot of temples to have a son. Our prayers were answered when Lalit was born.

“He is different but still very special for me because he was born after many special prayers.”

Despite being used to his condition, Lalit often has bad days when, due to his excess hair, he faces difficulties with both his breathing and sight.
The family have sought out help for their son but but there is no known cure for the condition, which is also known as werewolf syndrome.

Lalit’s father, 45-year-old celery and garlic farmer, Bankatlal said: “When Lalit was two years old, I took him to a big hospital in Baroda where a team of doctors examined him.

“After examining him, they told me that there is no cure for it but if they come across any cure, they will inform me.”

At school, Lalit is an above average student and is active in sports.

His headmaster, Babulal Makwana said: “Lalit has been my student for two years. He is a good in studies and excels in sports. 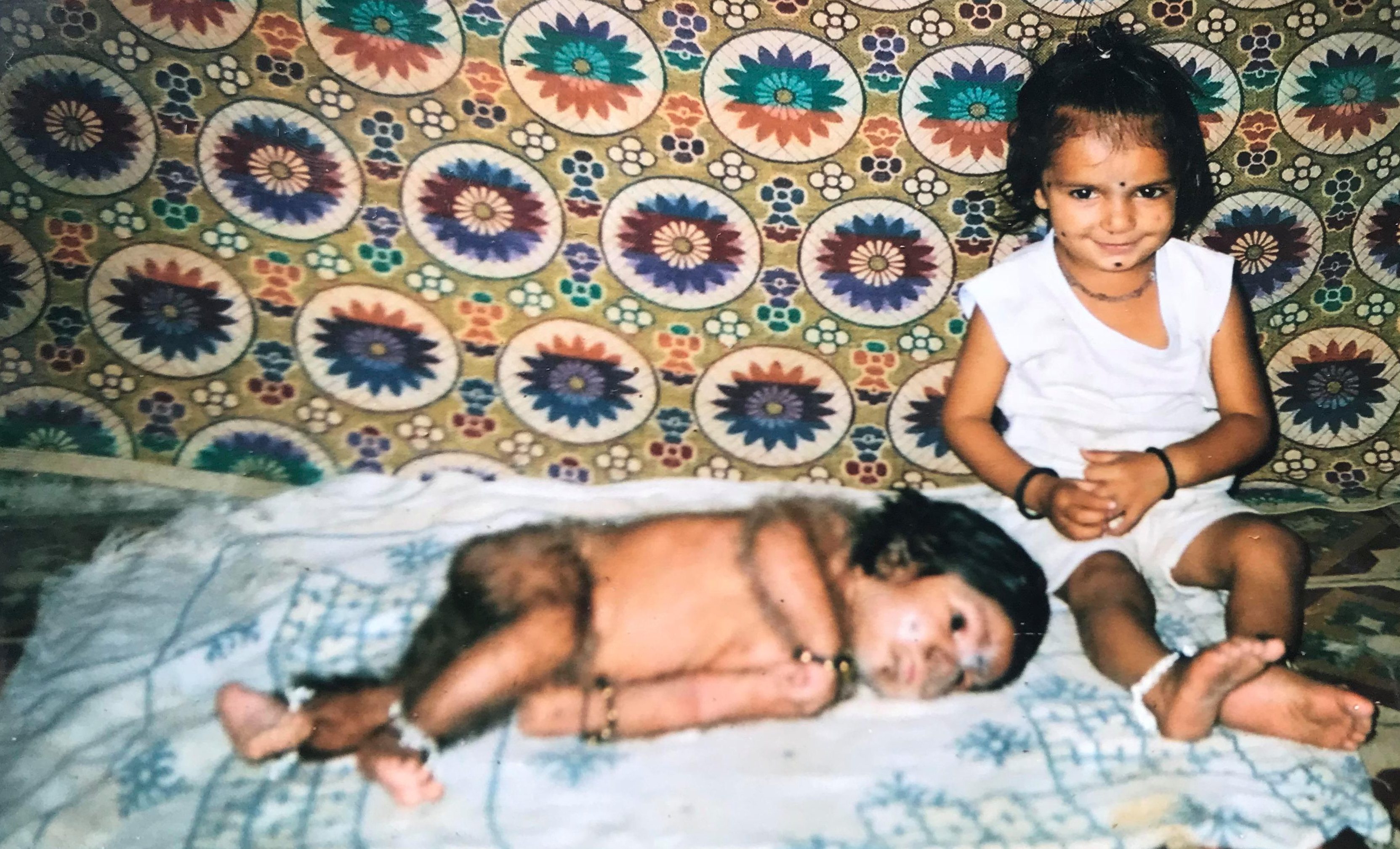 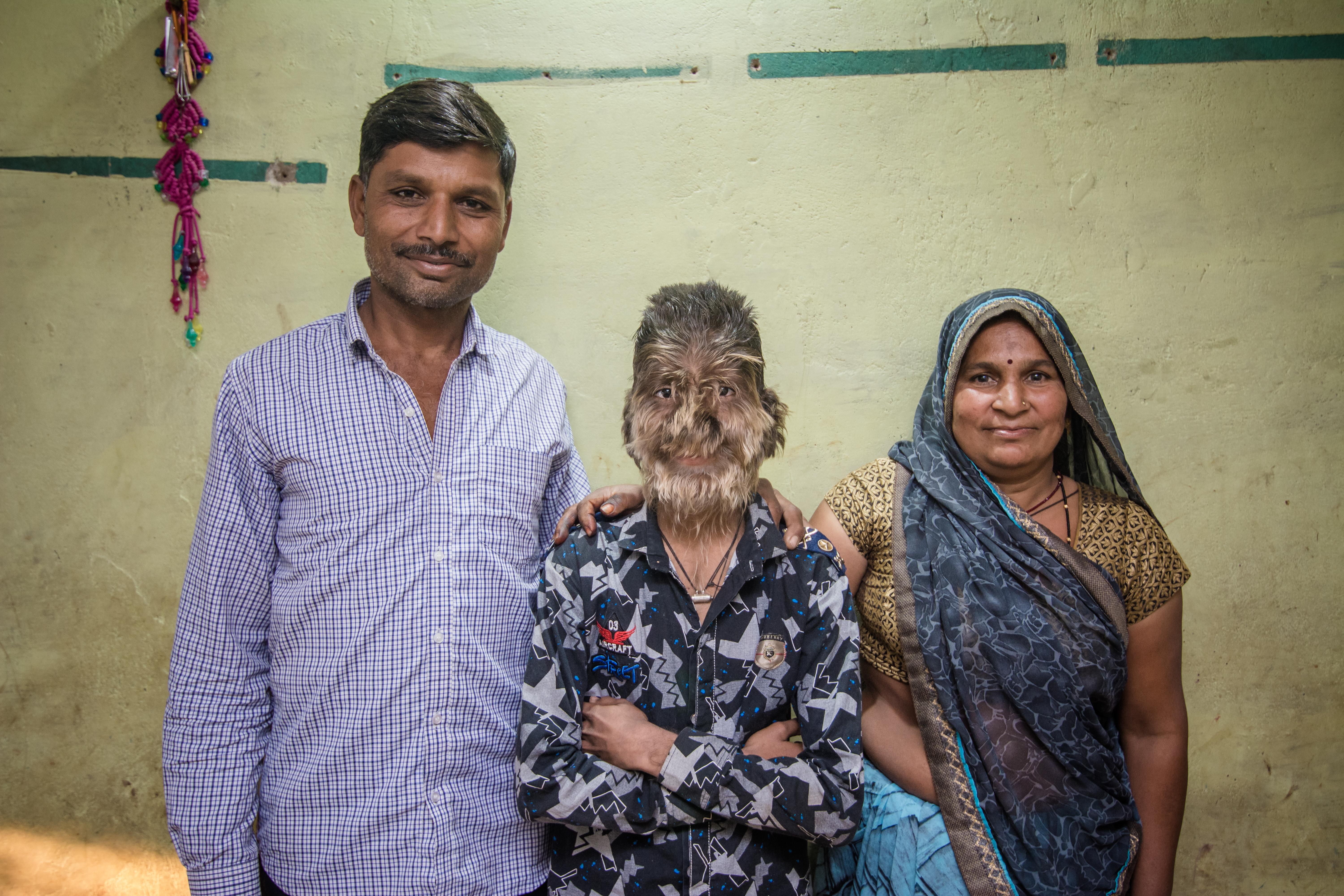 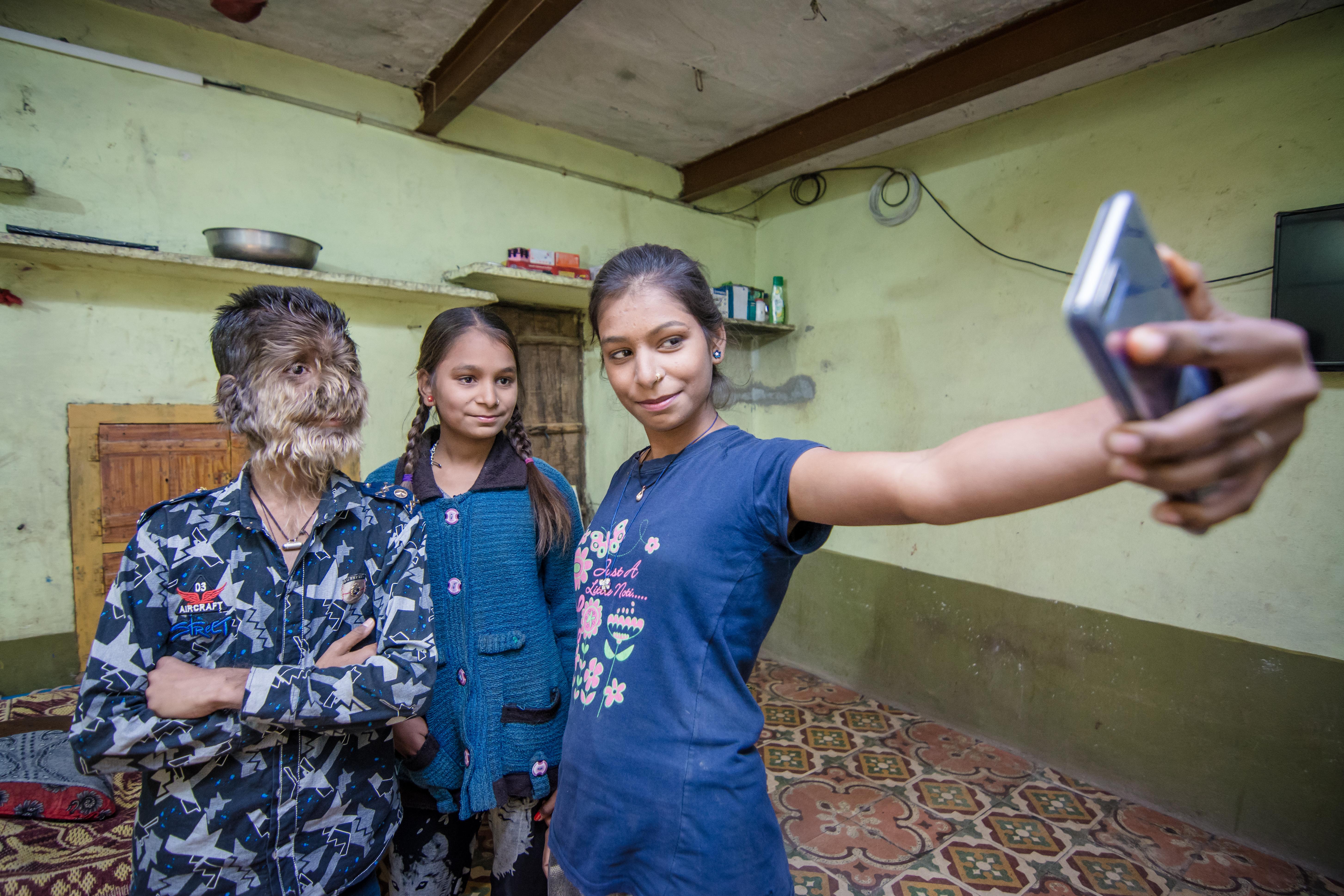 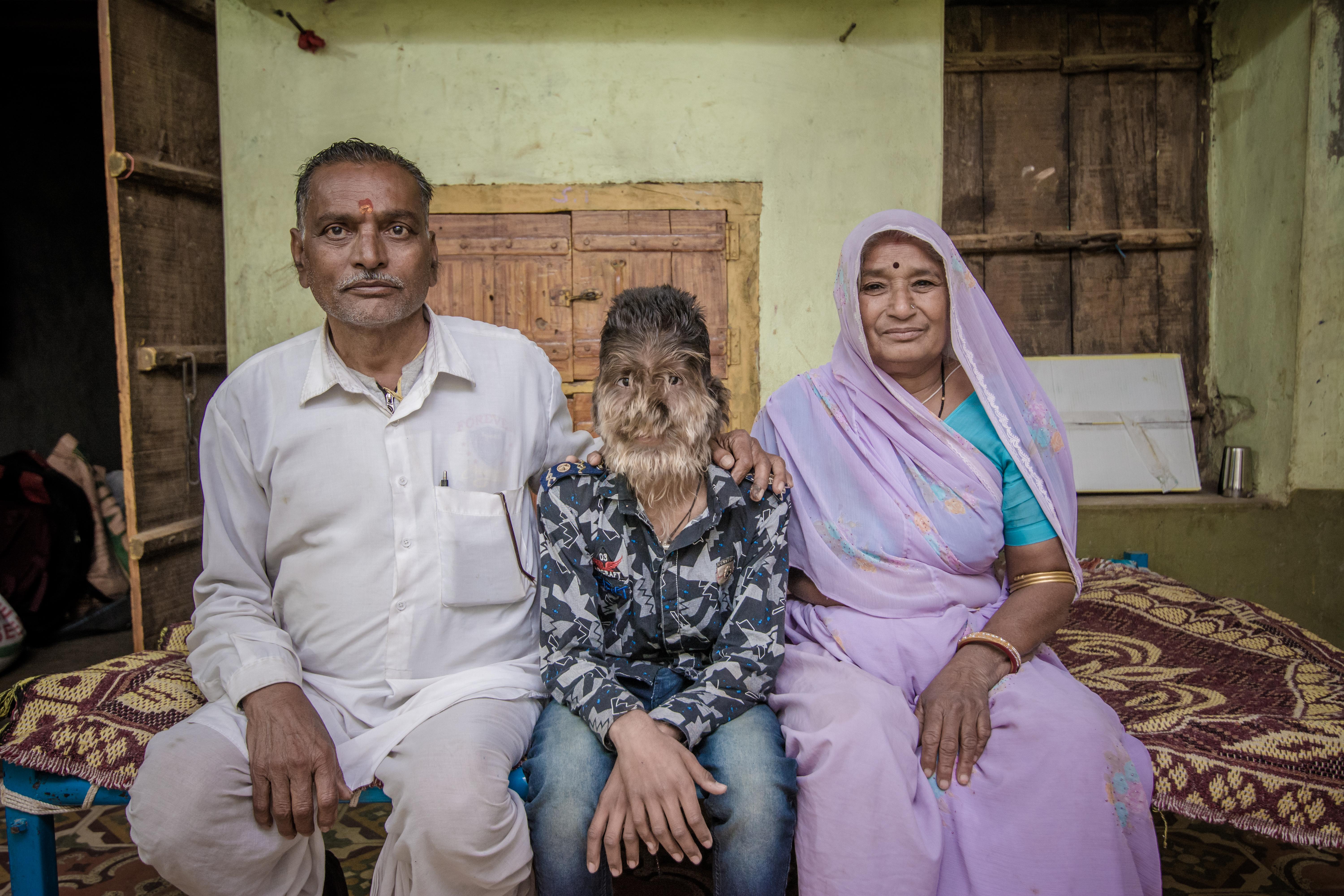 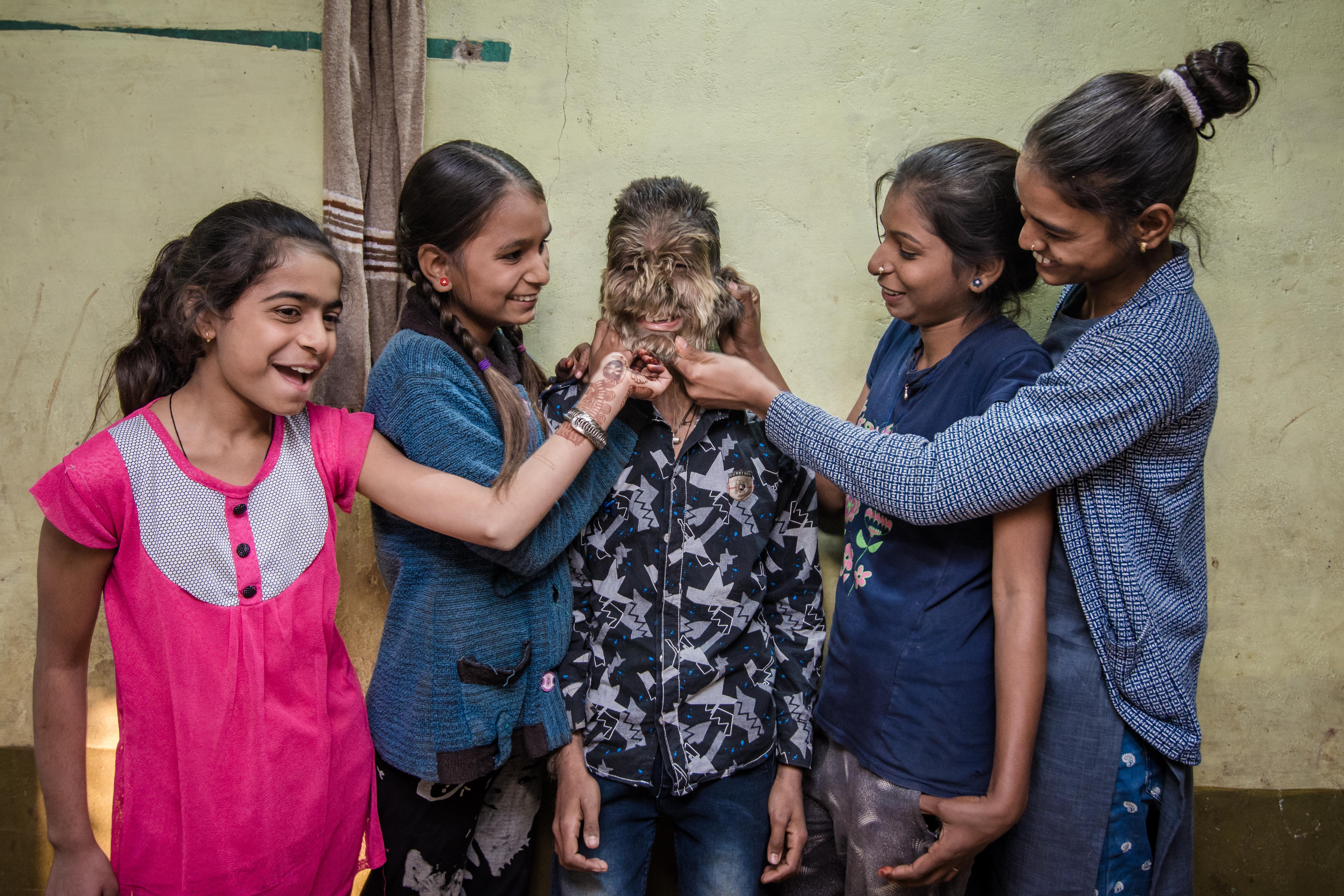 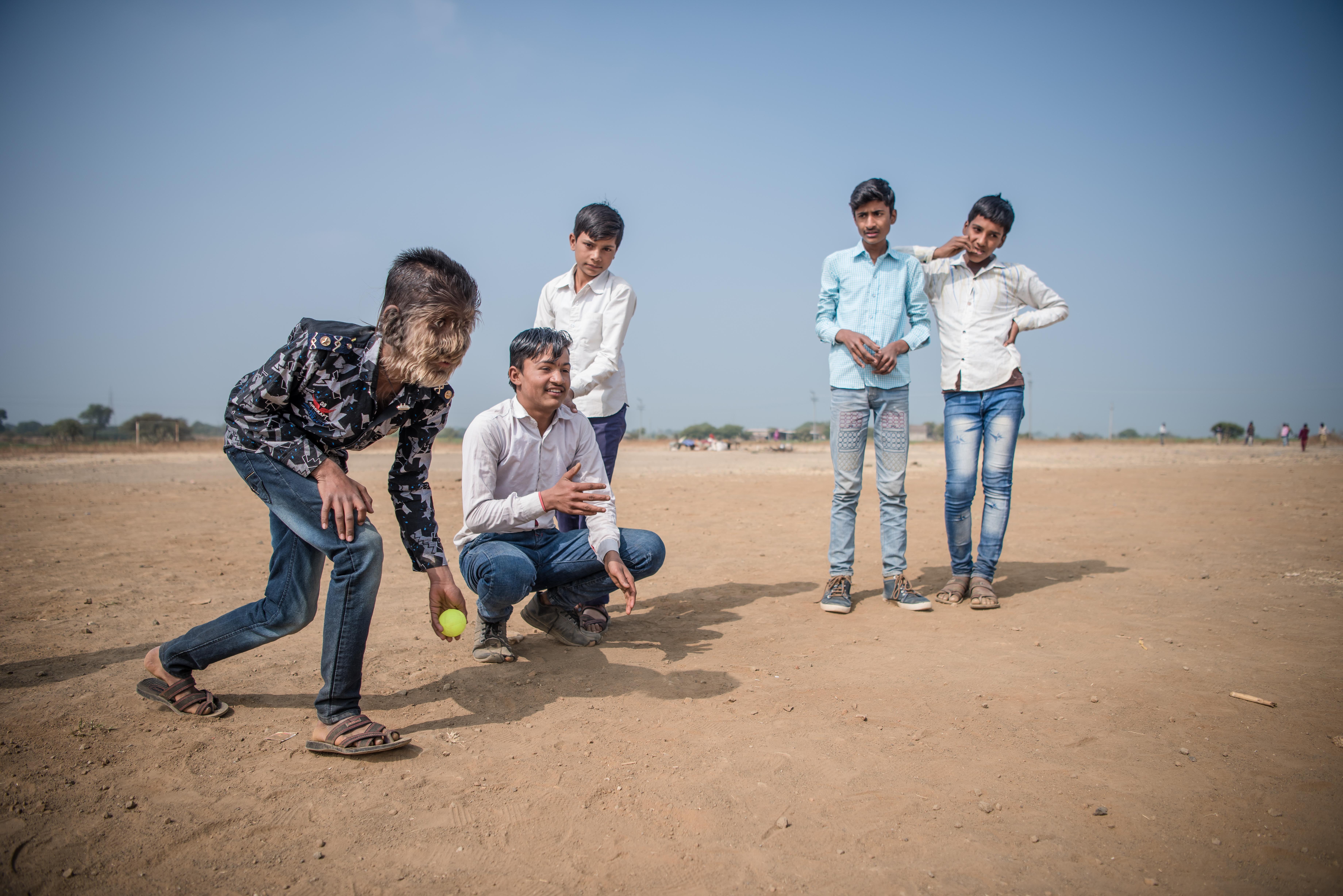