NEW DELHI (Reuters) – India’s prime minister is rallying his nationalist base as the world’s biggest democracy begins a general election on Thursday, but it has become tighter than anticipated, thanks to dwindling incomes for farmers and scarce jobs. 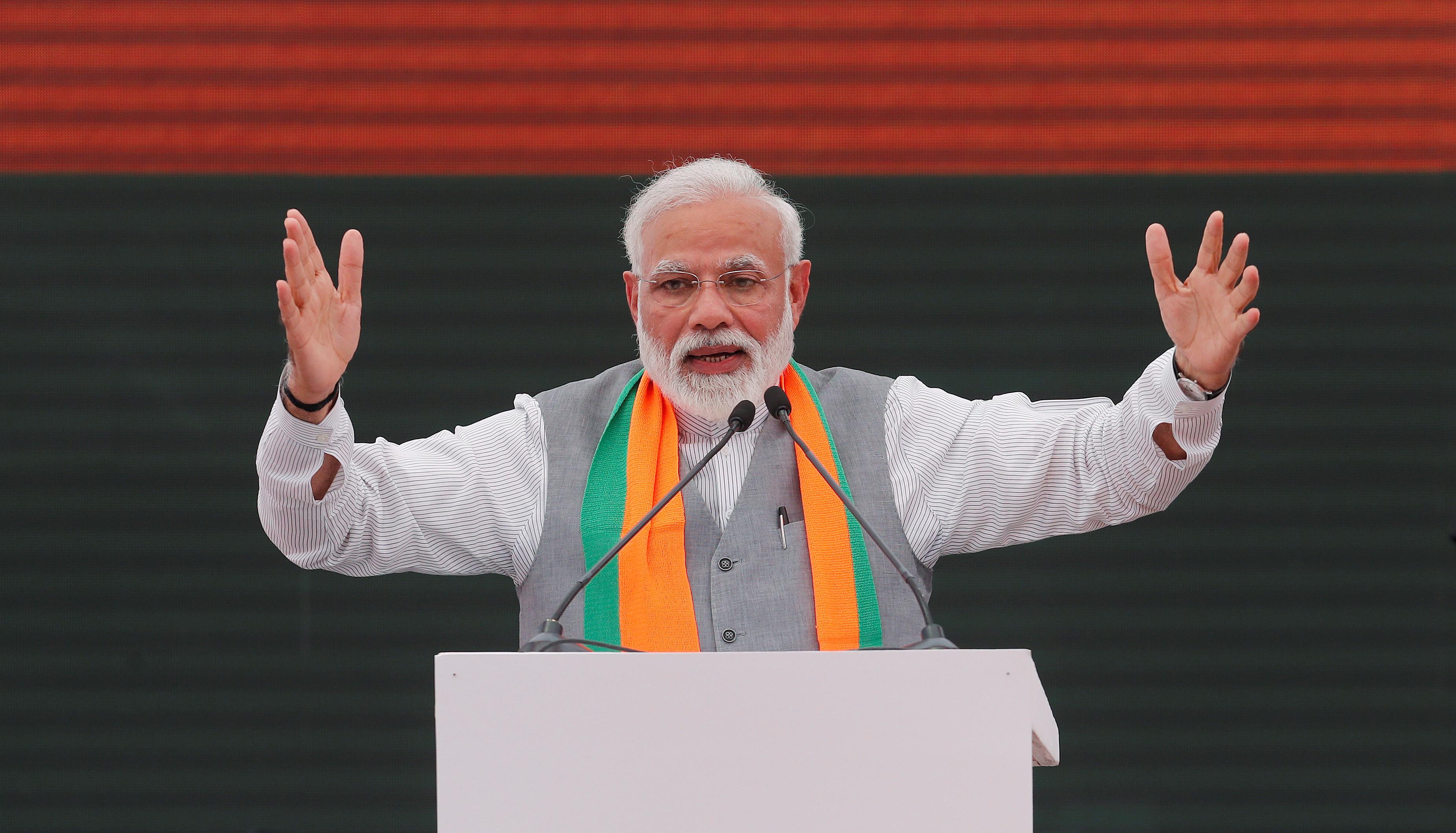 Polls predict Narendra Modi’s Bharatiya Janata Party-led (BJP) alliance will just win a parliamentary majority, a sharp drop from his commanding mandate five years ago, when he vowed to turn India into an economic and military power.

But his government’s inability to create a million jobs every month, and ease farmers’ distress over low product prices, has taken the shine off what is still the world’s fastest growing major economy.

From sugar farmers in northern Uttar Pradesh going unpaid for produce, to small businesses in the south shut because they are unable to meet the requirements of a new, unifying national tax, discontent has brewed for months.

“The election has become a lot closer than we think, sitting in Delhi,” said Nilanjan Mukhopadhyay, author of a Modi biography and books on Hindu nationalist groups. “There is anger and disillusionment in the countryside.”

In December, alarm bells rang for Modi’s Hindu nationalists after it lost three key states to the main opposition Congress and its allies, led by Rahul Gandhi.

But a surge in tension with traditional foe Pakistan in February has pushed Modi ahead, as he projects himself as a defender of national security and paints his rivals as weak-kneed, sometimes even questioning their patriotism.

“Everyone said there are no jobs, everywhere farmers are struggling. But on this issue of Pakistan we are confused now. Some people feel we have to vote for Modi on this issue, it is a national problem.”

Modi ordered air strikes on a suspected camp of a militant group in Pakistan after it claimed responsibility for a deadly bombing in Indian Kashmir, launching the first such raid since the neighbors’ last war in 1971.

The nuclear-armed foes engaged in a dogfight after Pakistan sent warplanes into India the next day. They also threatened each other with missile strikes, before Western powers, led by the United States, pulled them back.

Modi claimed victory, vowing more similar action if militant attacks continue in Kashmir. He dismissed concerns over the effectiveness of the strikes and the risk of stirring tension with Pakistan.

“Why do these people get so disturbed when India acts strongly against the forces of terror?” he asked tens of thousands of cheering supporters wearing saffron headbands at a rally this week in western India, referring to the opposition.

A regional leader of a Hindu group linked to the BJP and his bodyguard were killed by gunmen who burst into a hospital in the northern state of Jammu and Kashmir on Tuesday, police said, underscoring the BJP’s concern over security in the region.

Militants fighting Indian rule in Muslim-majority Kashmir have warned people not to vote on Thursday.

The BJP was also targeted in the eastern state of Chhattisgarh, when a bomb set off by left-wing militants killed a regional party legislator and four people with him.

The Congress, led by Gandhi, and his charismatic sister Priyanka Gandhi Vadra, who took up a party post in January, wants to steer the campaign back to Modi’s broken promises on the economy.

Gandhi has pledged a monthly payment of 6,000 rupees for the poorest families, about 250 million of a population of 1.3 billion, in a bid to stamp out poverty.

“Congress is trying to pitch in the election with regard to farm distress, rural crisis, unemployment,” said Sanjay Kumar of new Delhi think tank the Centre for the Study of Developing Societies. 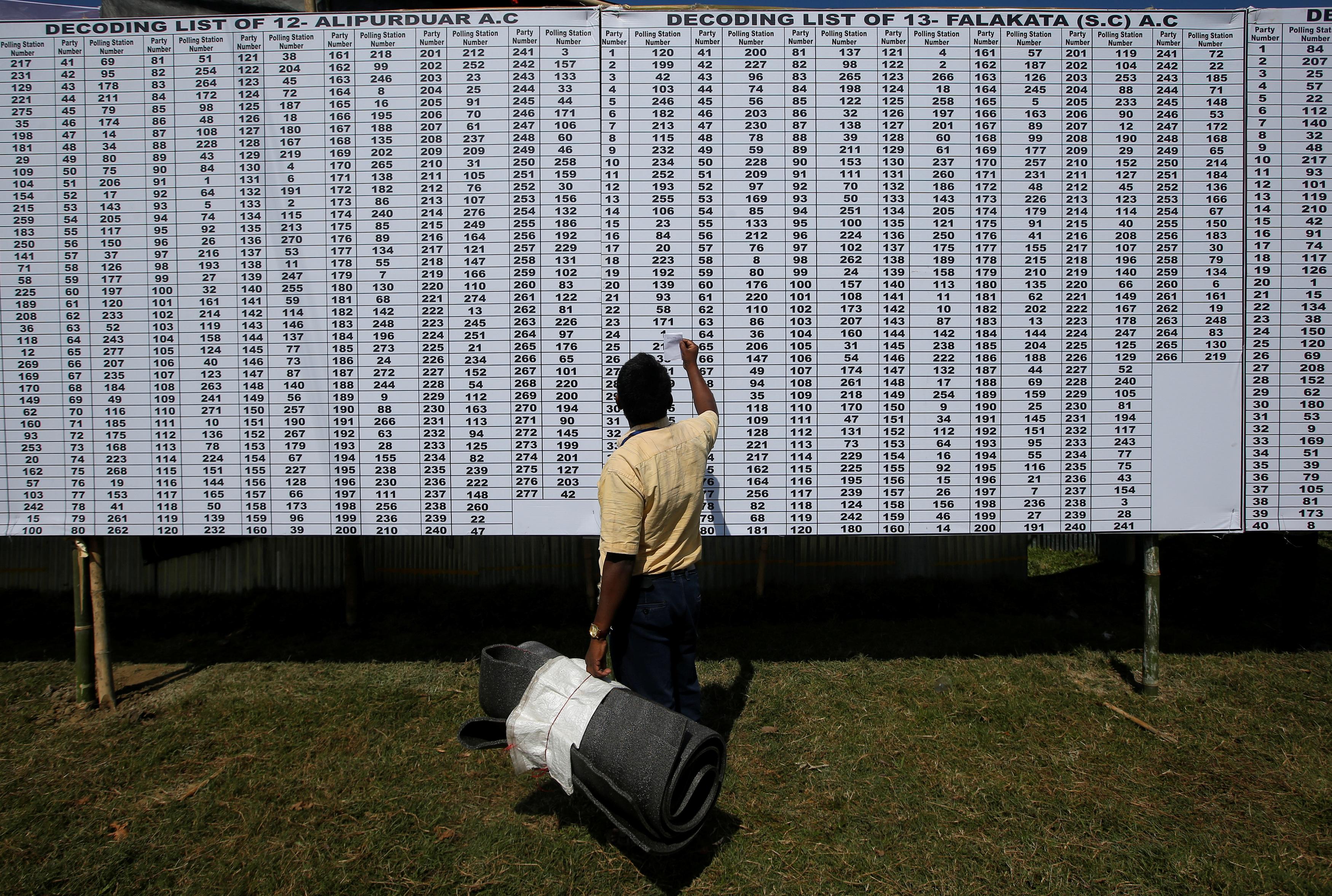 About 900 million people are eligible to vote in the election, spread over seven phases into next month so that security forces can ensure a free and fair ballot at about a million polling stations.

Congress has said Modi’s party presents a threat to every opposition group by pursuing its vision of a Hindu-first India, stoking fear among the Muslim minority, a bias the BJP denies.