JAKARTA (Reuters) – Indonesia has cut off internet access in eastern Papua to prevent provocative posts online from fuelling violence, after protesters torched buildings, a market and a prison over mistreatment of students and perceived ethnic discrimination. 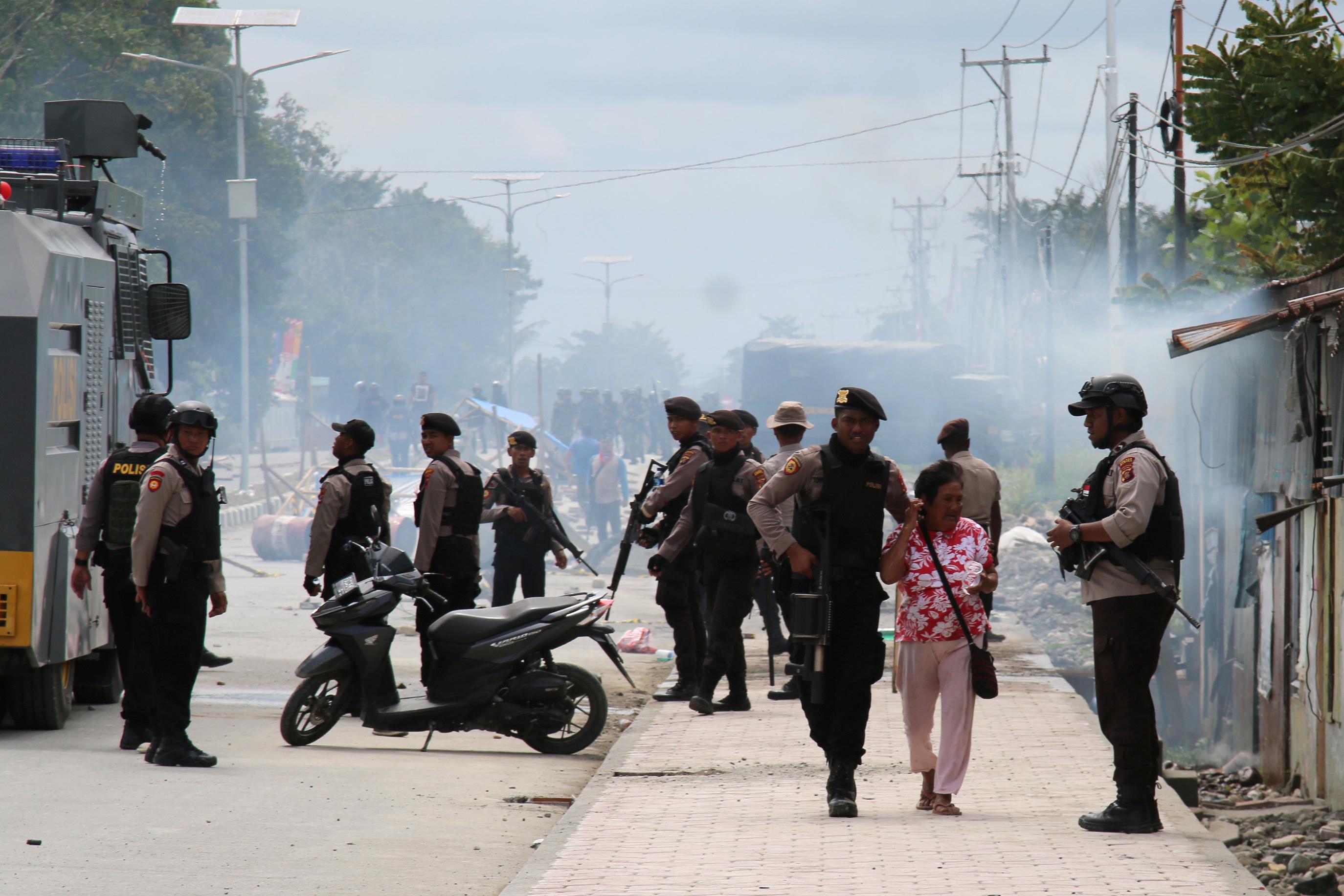 Police have flown in 1,200 additional officers to Papua to quell sometimes violent protests since Monday in several towns, including Timika – which stands near the giant Grasberg copper mine operated by Freeport McMoran’s Indonesian unit – as well as Manokwari, Sorong, and Fakfak.

Indonesia’s chief security minister, police chief and military commander visited Sorong on Thursday to inspect where the protests erupted, but there no reports of fresh demonstrations there.

While a separatist movement has simmered for decades in Papua, with frequent complaints of rights abuses leveled against Indonesian security forces, the recent anger appears to be linked to racist slurs against Papuan students who were detained last week.

The students were arrested from their dormitory in the city of Surabaya in East Java after being accused of disrespecting the Indonesian flag during a celebration of Indonesia’s Independence Day.

“This is an effort to curb hoax and most importantly stop people from sharing provocative messages that can incite racial hatred,” he said, adding that the curb may be lifted “if the situation has calmed”.

Police have arrested 20 people in Timika, where thousands of protesters threw rocks at a parliament building, houses, shops and a hotel on Wednesday, Dedi Prasetyo, a national police spokesman said by telephone from Sorong.

No arrests have been made in other Papuan towns, Prasetyo said.

Papua and West Papua provinces, the resource-rich western part of the island of New Guinea, were a Dutch colony that was incorporated into Indonesia after a widely criticized U.N.-backed referendum in 1969.

President Joko Widodo has been informed that the situation in Papua was under control, his Cabinet Secretariat said in a statement late on Wednesday.

Widodo has sought to ease tensions and improve welfare by building infrastructure in the provinces. He has visited the restive region more frequently than any of his predecessors, and plans to go to Jayapura, the capital of Papua province, next month, to open a new bridge, the secretariat said.