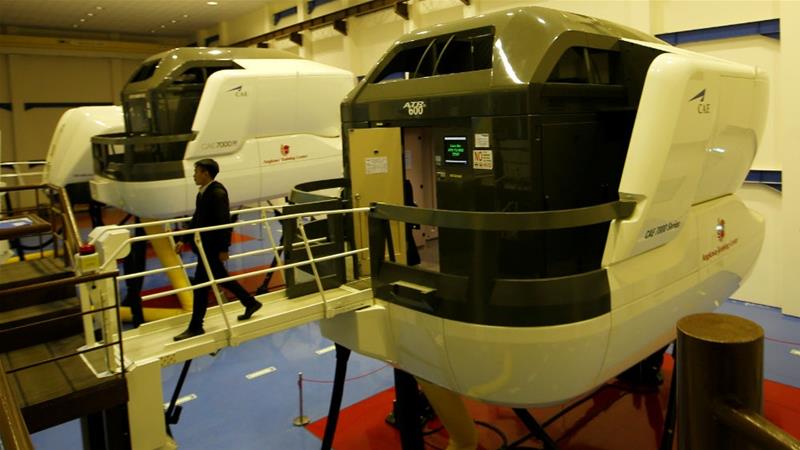 Indonesian investigators said more training was needed for Boeing 737 MAX pilots after discovering the situation believed to have faced the crew of the Lion Air plane that crashed last month was not included in the aircraft’s flight manual.

The comments shed further light on the areas under scrutiny as investigators prepare to publish their preliminary report a month after the Lion Air Boeing 737 MAX plunged into the Java Sea shortly after take-off from Jakarta, killing all 189 people on board.

Until now, public attention has focused largely on potential maintenance problems including a faulty sensor for the “angle of attack”, a vital piece of data needed to help the aircraft fly at the correct angle to the currents of air and ensure it doesn’t stall.

Now the investigation appears to be expanding to the clarity of US-approved procedures to help pilots prevent the plane from overreacting to such a data loss, and the best methods for training them.

Dennis Tajer, a 737 captain and spokesman for Allied Pilots Association (APA), said his union was informed after the crash about a new system Boeing had installed on 737 MAX jets that could command the plane’s nose down in certain situations to prevent a stall.

“It is information that we were not privy to in training or in any other manuals or materials,” he said.

Soerjanto Tjahjono, head of Indonesia’s transportation safety committee of crash investigators, said on Monday Indonesian regulators would tighten training requirements as a result of the investigation’s findings so far.

“Because this incident happened, we know we need additional training,” he said.

The comments focus attention on the content of aircraft manuals and a conversion course allowing pilots of the previous generation of Boeing jet, the 737NG, to upgrade to the MAX.

The manual did not cover how to handle a situation like the one that occurred in the crash, Soerjanto told reporters.

Lion Air officials said the airline followed a training programme approved by both US and European regulators.

The October 29 crash was the first accident involving the 737 MAX, which entered service last year, and is an updated version of Boeing’s popular narrow-body aircraft.

The directive warned pilots that a computer on the Boeing 737 MAX could lead to the plane being forced to descend sharply for up to 10 seconds even in manual flight, leading to potential difficulties in controlling the plane.

Pilots could stop this automated response by pressing two buttons if the system behaved unexpectedly, but questions have been raised about how well prepared they were for such an automatic reaction and how much time they had to respond.

An American Airlines spokesman said the carrier had received the FAA directive as well as a bulletin from Boeing on updating the flight crew operations manual.

Boeing declined to comment directly on its training programme but said it was taking “every measure” to fully understand all aspects of the incident and working closely with the investigating team and all regulatory authorities involved.

Last week it said the fix for this type of event – known as a “runaway stabilizer” – was covered by existing procedures.

Even though this problem was – according to investigators – not covered in the operating manual, pilots did have access to a checklist designed to turn off errant systems when the plane started nosing downwards at the wrong time, said Soejono, a Lion Air instructor who like many Indonesians goes by one name.

Experts say investigators will be examining whether the crew examined this checklist and if so whether they had time to cut off the automated nose-down system while flying at a relatively low altitude of 5,000 feet. Pilots on a previous flight are reported to have overcome a similar sensor problem.

To answer that question fully, investigators may need access to cockpit voice recordings thought to be hidden in the seabed.

A search for the jet’s missing cockpit voice recorder is continuing and could provide important information about human factors relating to the crash, Soerjanto said.