ANYONE who has a dog knows they're part of the family from the moment you bring them home.

But every years, thousands of Brits go through the horror of losing their beloved pets to evil dognapping gangs, with new research showing that FIVE dogs are stolen every day in the UK. 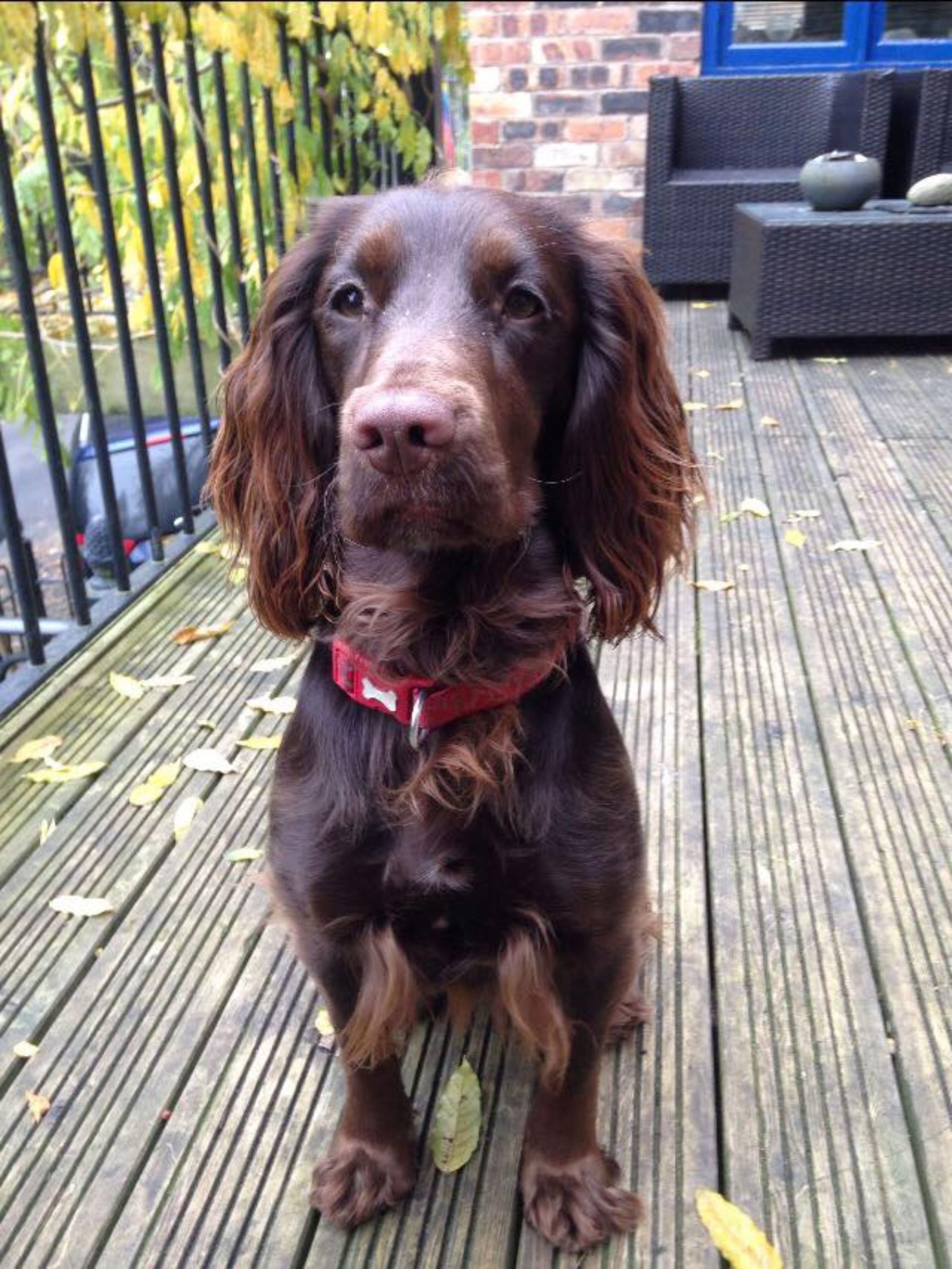 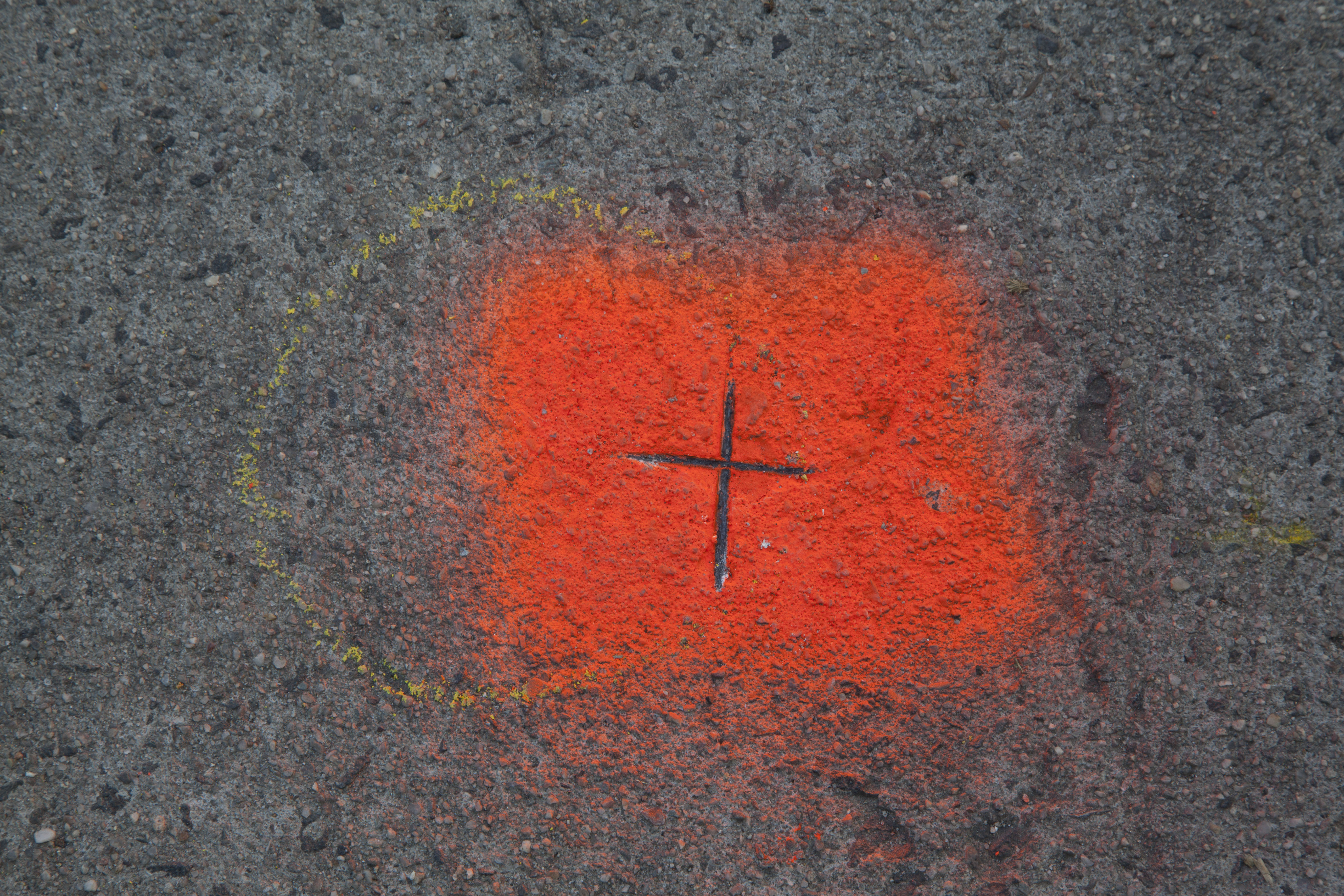 Many of these animals will spend the rest of their days churning out litters in miserable puppy farms as part of Britain’s £300 million dog business. In other horrific cases, they are used as bait in dog fights.

Of these missing dogs, only one in five is ever reunited with its owners.

A new Freedom of Information report from Direct Line Pet Insurance found 1,959 dogs were reported stolen in the UK in 2018 – an increase of 30 per cent since 2014.

Shockingly, the real figure could be a lot higher as many cases are not reported.

The Staffordshire Bull Terrier was the most targeted breed by criminals in 2018, while crossbreeds, Chihuahuas, French Bulldogs and Jack Russells were also popular among thieves.

Direct Line says the fact that specific breeds are stolen suggests the influence of celebrities driving up the popularity – and therefore the value to criminals – of "designer dogs".

Head of pet insurance at the firm, Prit Powar, said: "The fashion for certain types of dogs means people are willing to pay thousands for an animal, which unfortunately makes them prime targets for thieves."

“Thieves now lie in wait for dogs to wander past, then they use meat to lure them into bushes.

“Some are brazen enough to ‘clip and run’, where the thief attaches a lead and legs it.

Gangs have been known to mark homes with coloured chalk crosses to signal them out as “good targets”. Pink is for small dogs, yellow for medium and red for larger breeds. 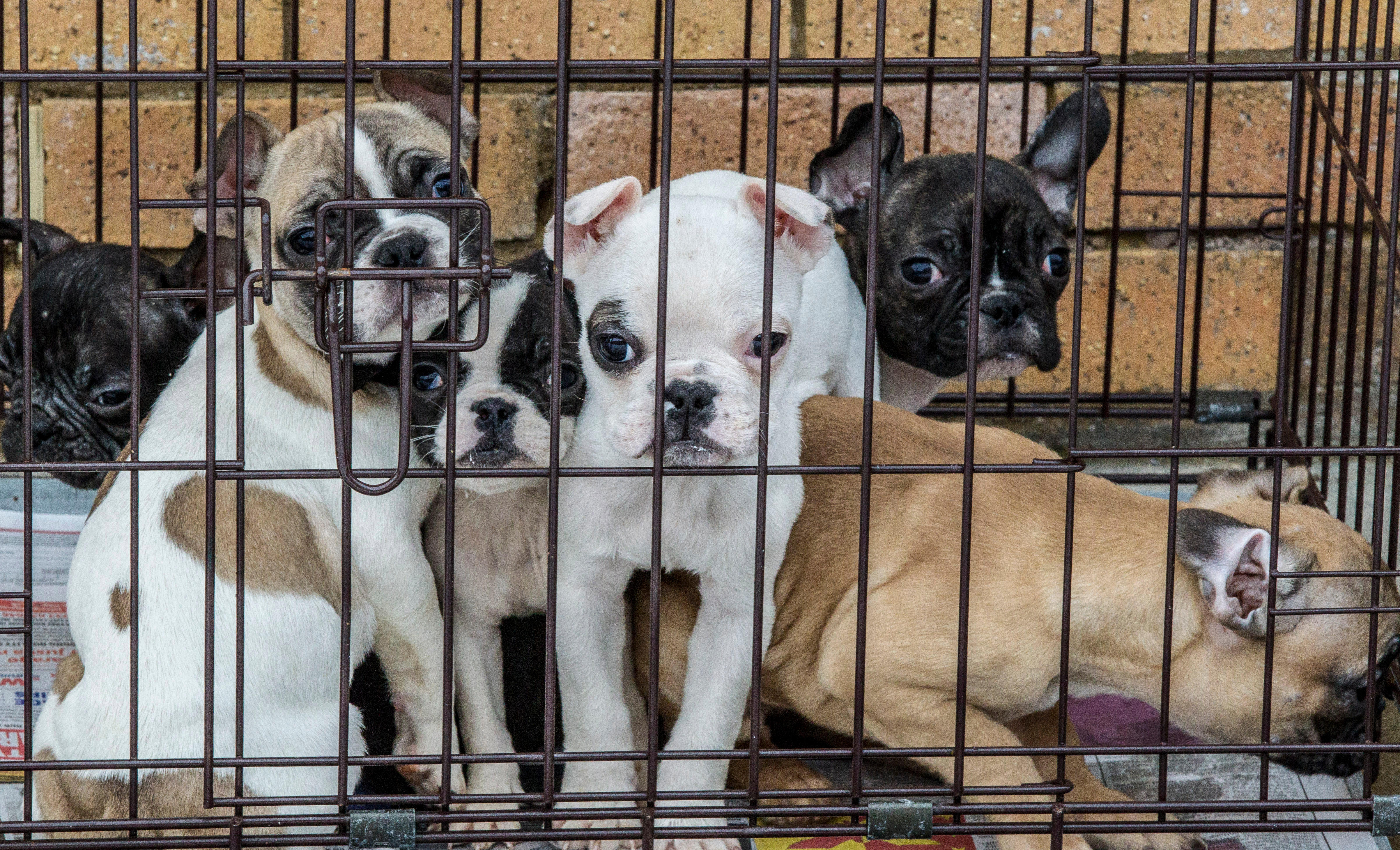 Justine Quirk, of DogsLost, says there can be no respite for those whose beloved pets have been snatched from them in the cruellest of ways.

She says: "The families get no rest – what do you say to children when they ask where their much-loved pet is?

"We have families that have taken months off work, held off on the sale of their home, cancelled holidays and even postponed weddings.

"They just can’t move forward they search every day. They need closure, they need answers."

Here, Sun Online meets some of the families who are searching for their stolen dogs today…

'We've quit our jobs and cancelled our wedding to find her'

Dana, a three-year-old Terrier cross rescue dog from Serbia had only just moved into what should have been her forever home.

But sadly four months later she went missing in Langley, Slough on June 18, 2016 when she was playing in the garden and managed to escape. 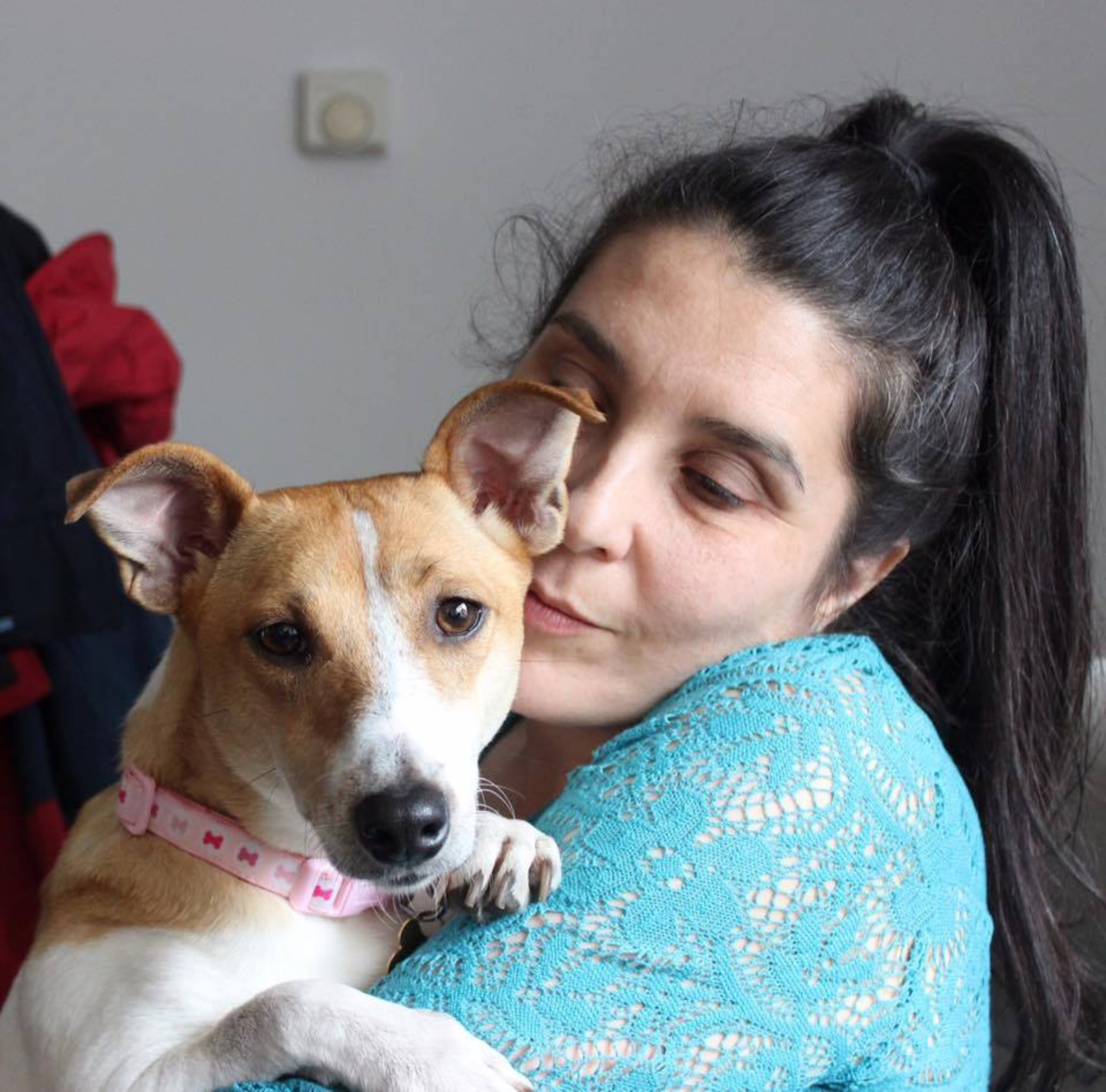 Her owners, payroll administrator Michele Rodriguez, 51, and her husband Paul McErlean, 52, a mechanic, have searched tirelessly for her since.

She was spotted soon after going missing by a relative who saw her running down the road.But, he could not catch her.

Michele says: "Dana is a sweet and loving dog but wary and timid of strangers.

"Both me and my husband have since left our full time jobs so we can keep up the search for Dana. 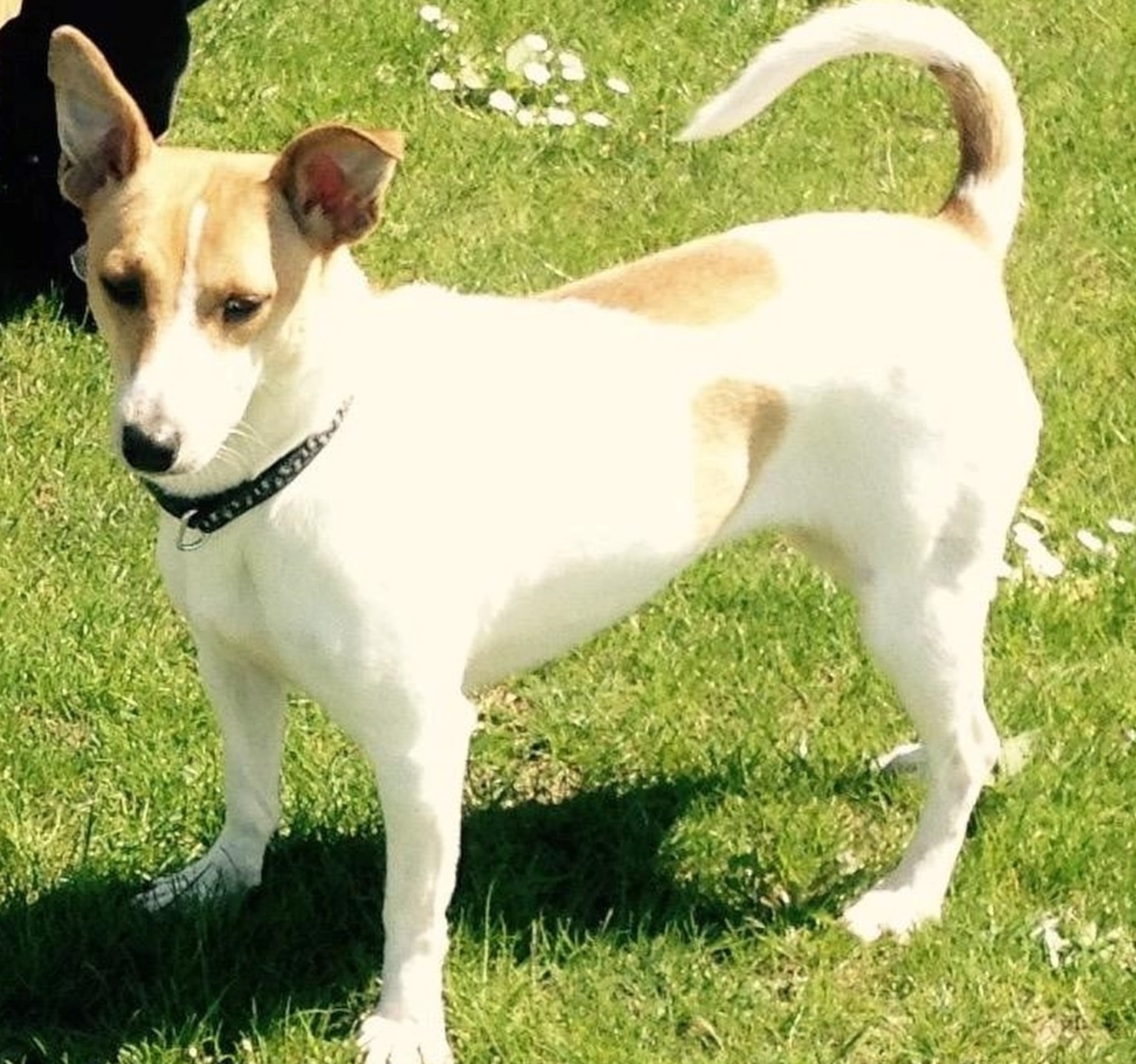 "We also postponed our wedding in September 2016 as we could not get married without Dana being there."

Michele would like to appeal to anyone that may have Dana to get in touch.

"Dana would have celebrated her fifth birthday last week," she adds. "We still marked the occasion. She is still very much part of our family, even though she is not with us. In the short time she was with us, we fell in love with her."

'I sleep by the front door in case he comes home'

Albi, a two-year-old Jack Russell cross from Whitfield, Kent disappeared on October 5, 2018 while out walking. 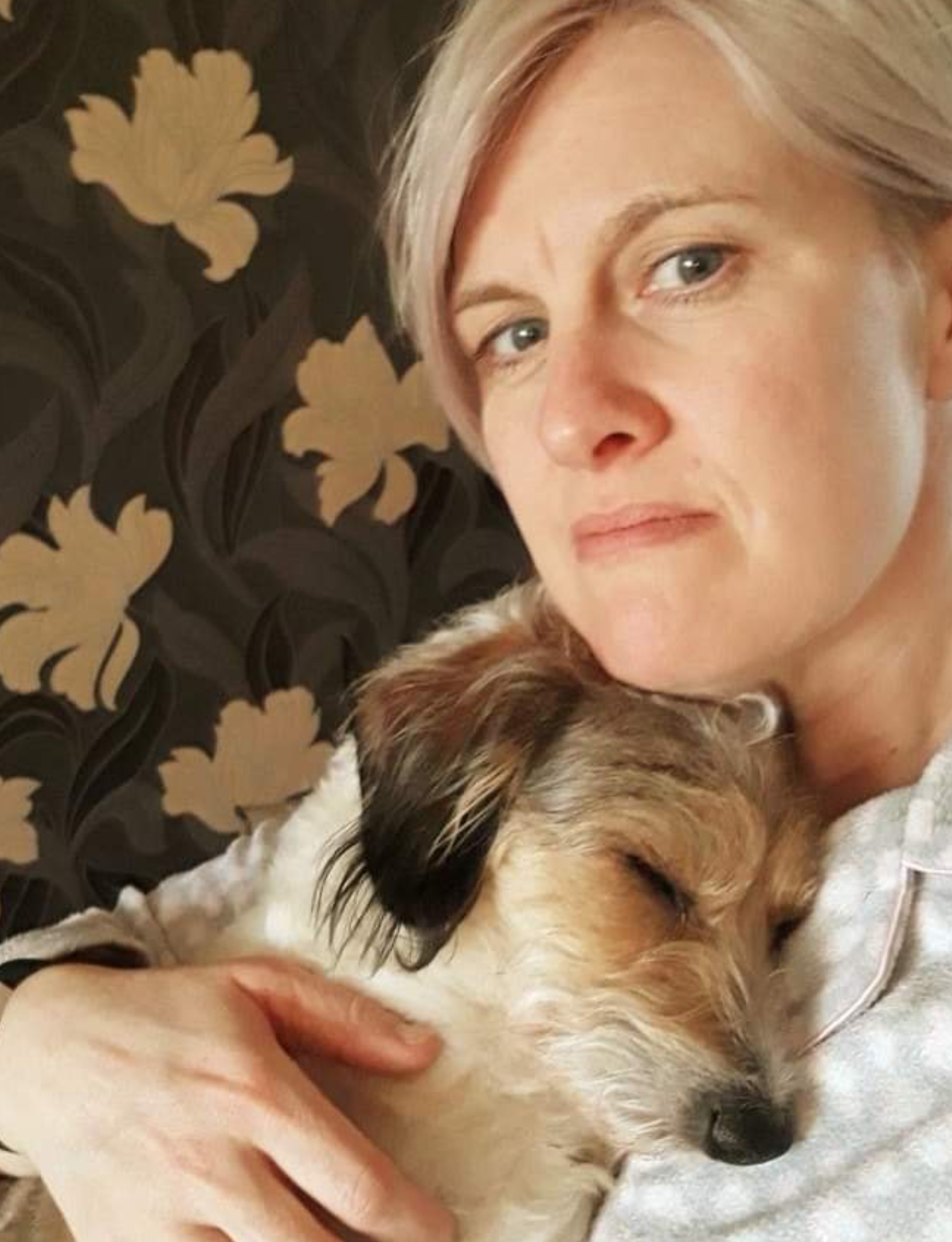 While there were potential sightings in the first few days after he went missing, there has been nothing since.

The family bought in a beagle tracking dog who traced his scent along a coastal road and down to a disused railway line – but after bad weather the scent disappeared.

They believe he has been found and kept. 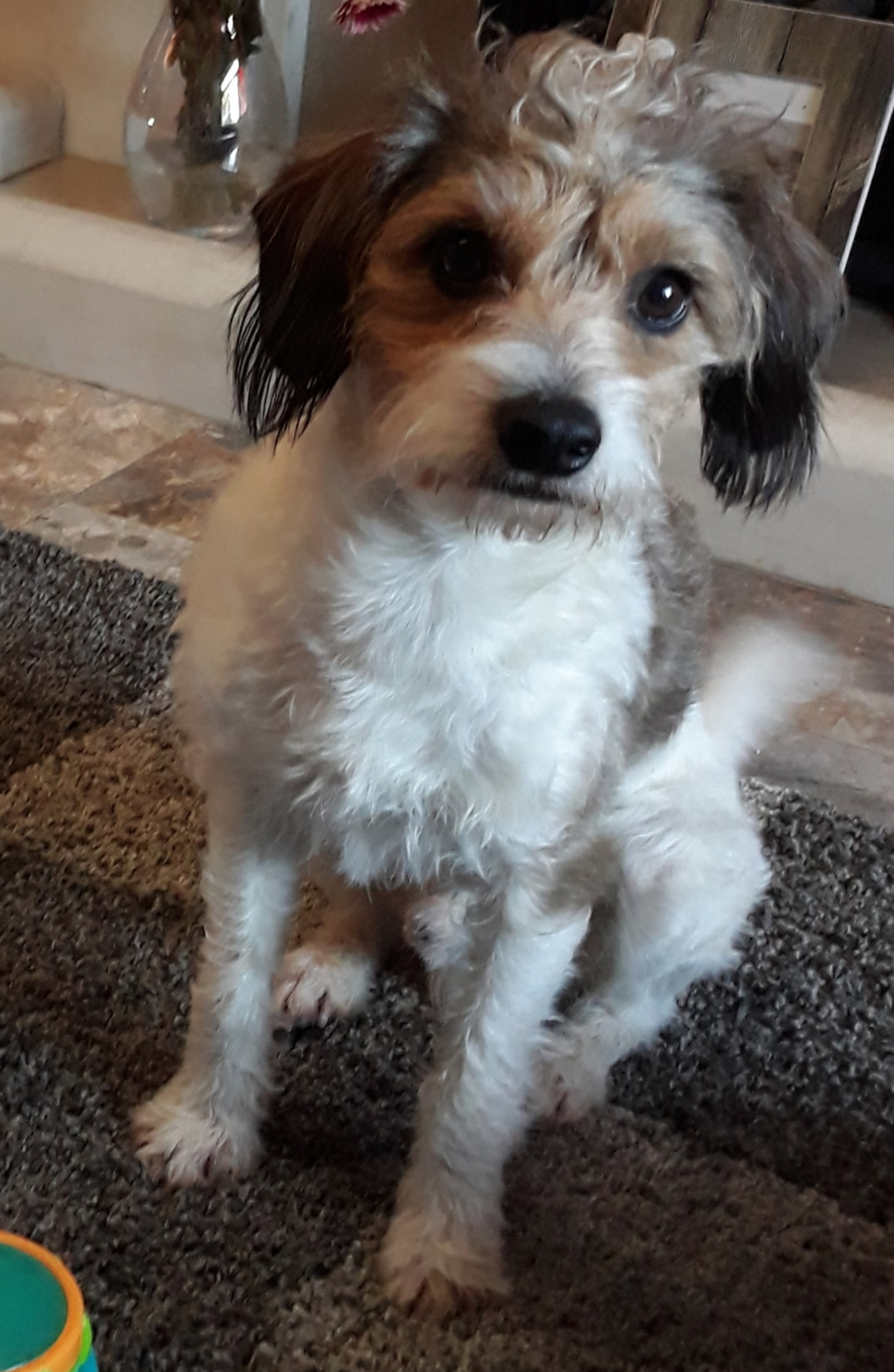 Carl’s wife Sharon 47, an equine transport agency worker, says: "I can’t describe in words the hell we are going through, we are literally broken.

"None of us have had a full nights sleep since that day and Albi is on my mind 24/7. I’ve slept downstairs near the front door, just in case he finds his way back to us and scratches on the door.

"Our lives are on permanent hold – we’ve held off on our house exchange and cancelled holidays as all we want is him home. Nothing else matters."

'We're in a nightmare we can't wake up from'

Tibetan terrier Tilly went missing in September 2018 during a family walk near her home in Long Hanborough, Oxfordshire. 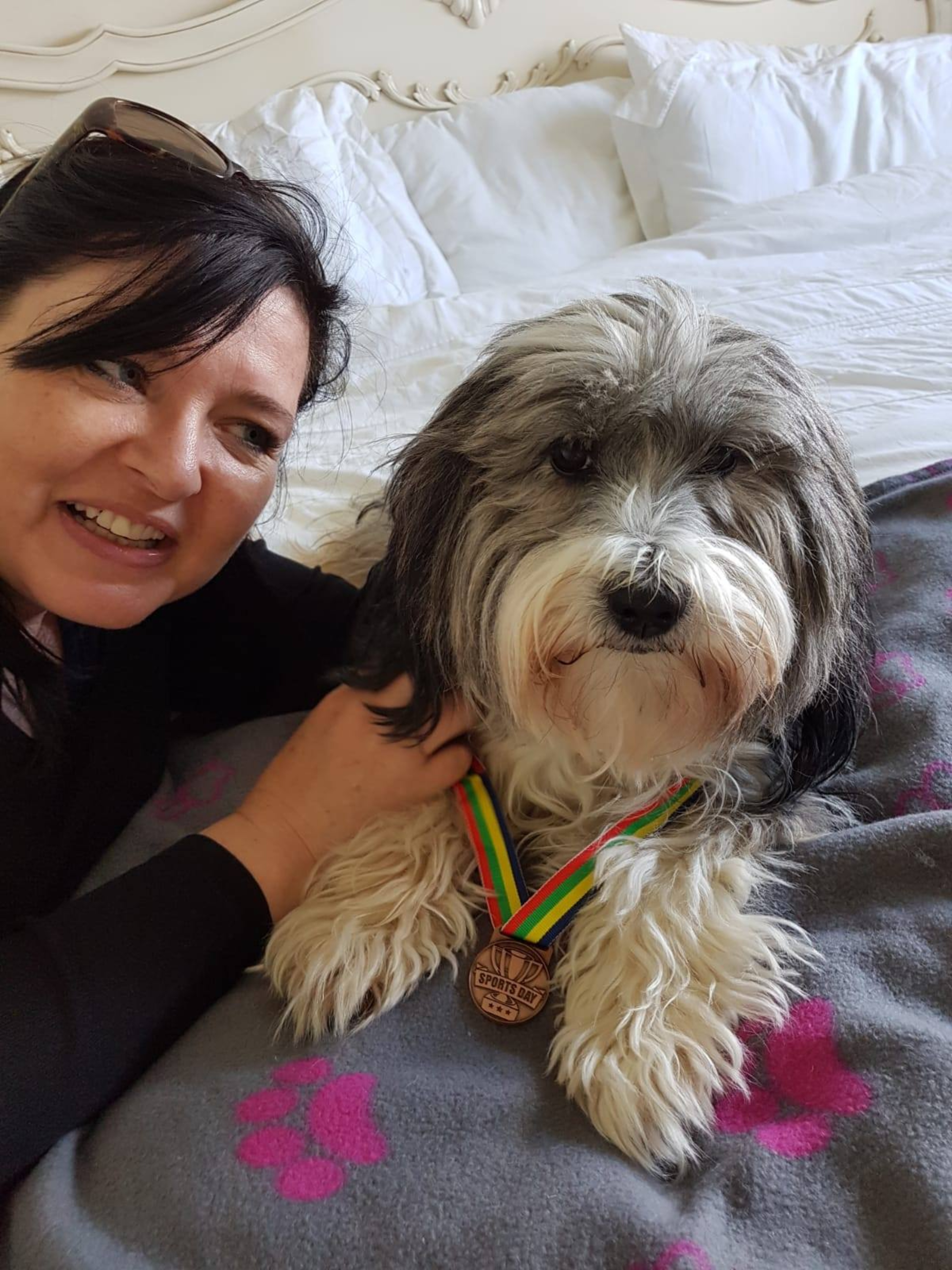 She was spotted 3.5 miles away later that day but has never been seen since, despite her owner Victoria Calcutt, 48, a business director, enlisting the help of a dog tracker.

The family believe she may have been found and not reported.

Victoria has waged a tireless hunt to find her, trawling social media sites and carrying out daily searches.

She says: "We get calls and photos of potential matches but it's never her. 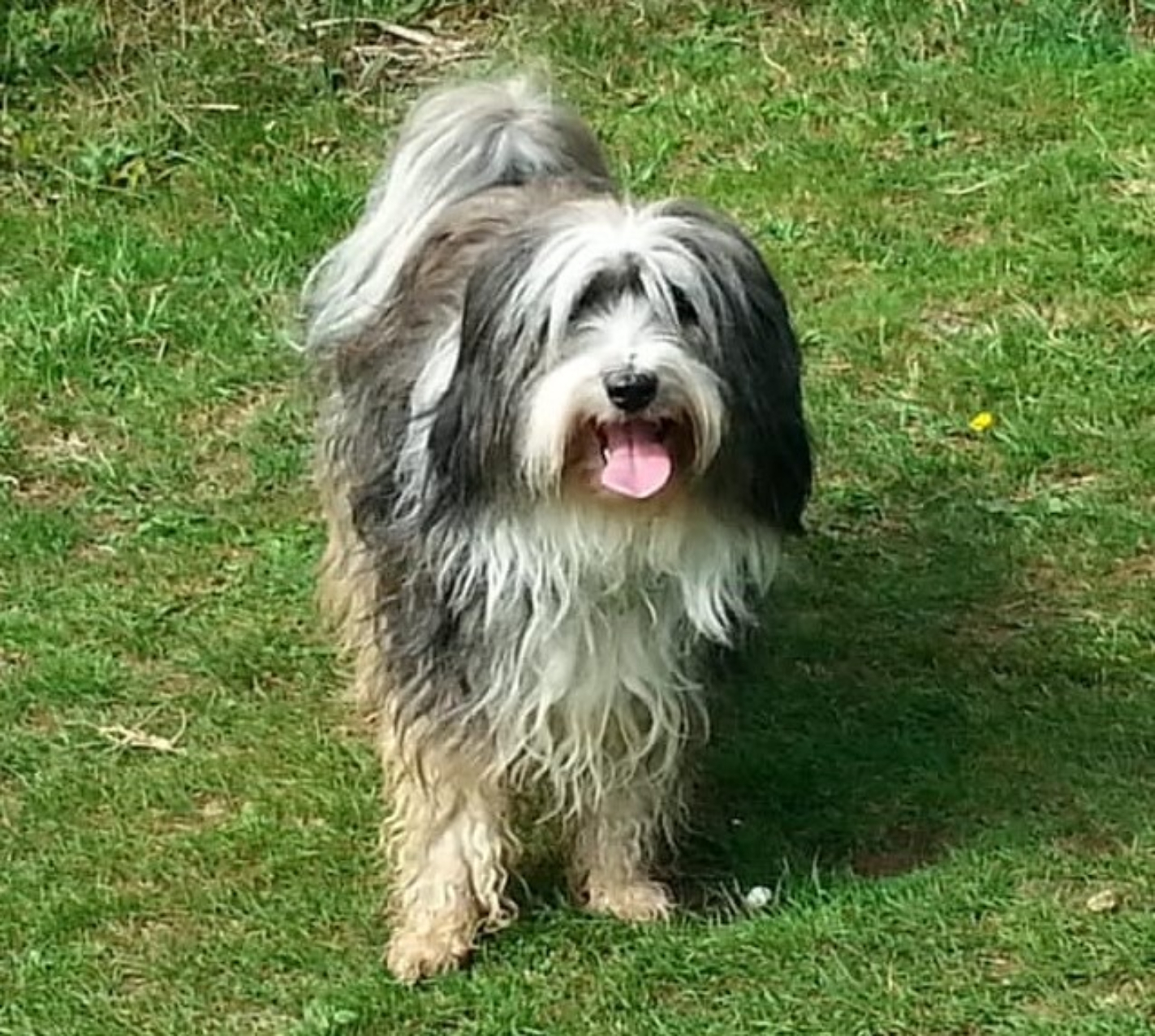 "We’re living a perpetuating nightmare; one that we can’t wake up from. Sometimes all hope is lost but we love our girl and we will not give up our search. She needs to be home with me and the rest of the family."

'We left out sausages in the hope she'd come back'

Freya Woodhall’s ‘shadow’ Willow, a three-year-old female Sprocker disappeared from her back garden in Homer, Much Wenlock, Shropshire on September 17 and has not been seen since.

A huge search was carried out, and, on advice from DogLost, they hung unwashed clothing out, along with the contents of their hoover and cooked sausages on a BBQ for over two weeks in the hope of bringing her home.

But nothing worked, and the family believe she was taken.

Freya, 44, says: "Willow was my shadow, my buddy, she went everywhere with me and I am lost without her. She’s never far from my thoughts and I feel overwhelmingly helpless."

She says the person who now has Willow may have bought her without knowing she was stolen and they may now love her as their own.

But she pleads for anyone who did purchase a young female Sprocker around the time of Willow's disappearance to take her to any local vet and have her scanned. 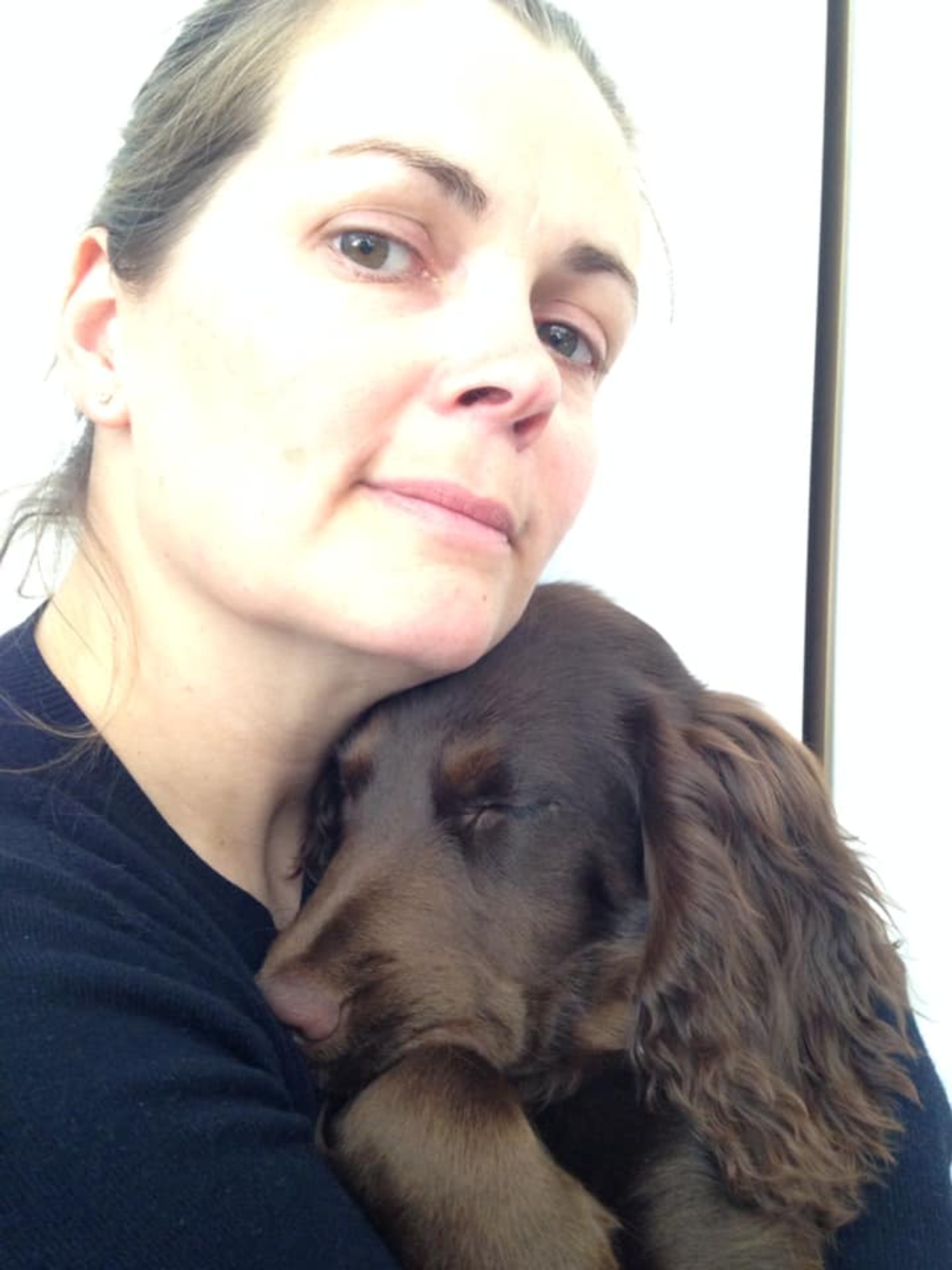 'I know she must be missing us too'

Izzy, a nine-year-old Cockapoo disappeared from her home in Radcliffe, Manchester on February 16, 2015. 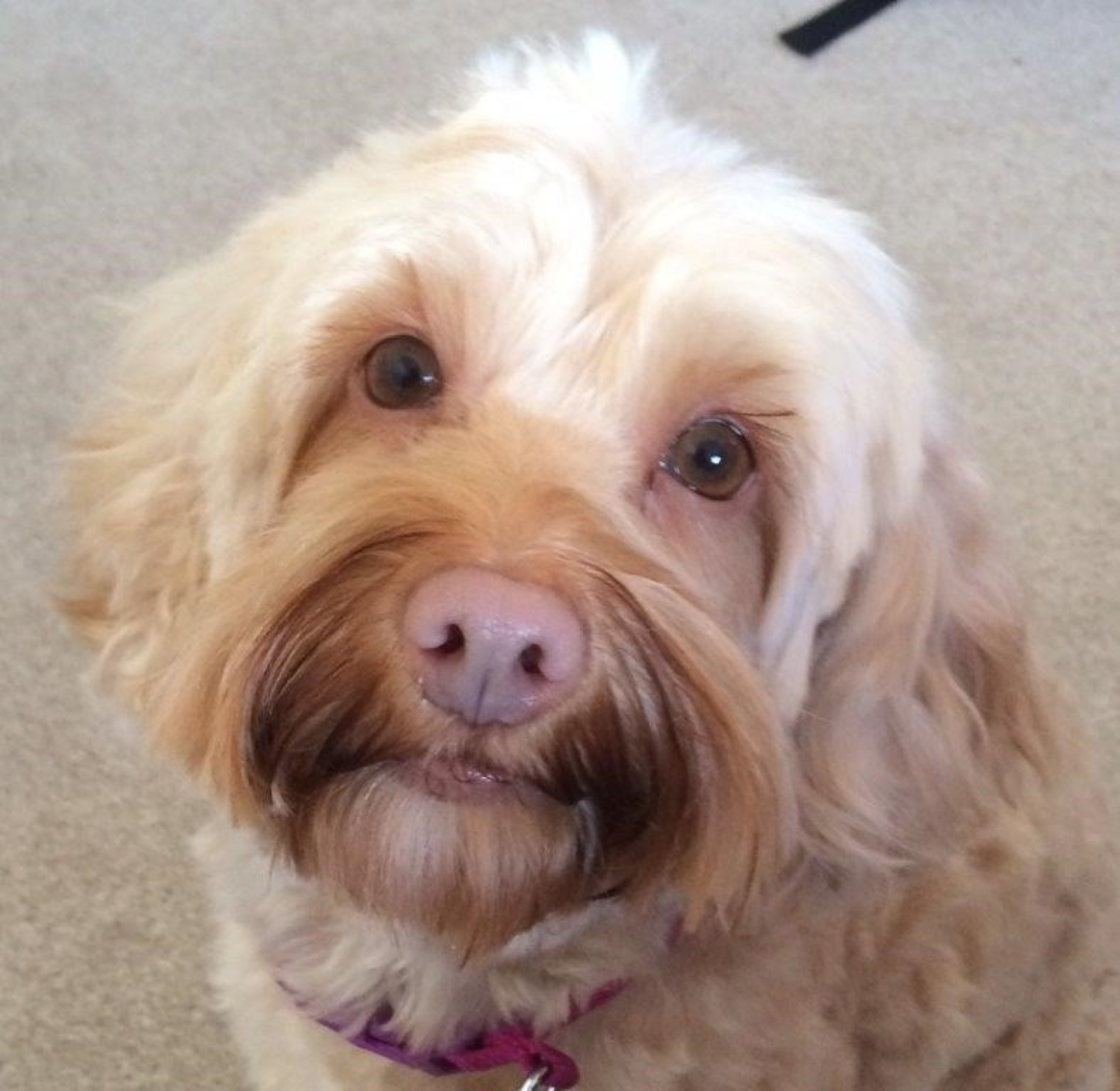 While there have been no confirmed sightings since, her family have never given up.

She is microchipped and spayed, and on the day she disappeared she was wearing a bright pink collar and has a very distinctive light brown/pink nose.

Management accountant Dawn Purvis, 46, Izzy’s owner holds onto the hope she will find her one day.

"It is nearly four years since Izzy went missing," she says. "We all keep hoping 2019 will be the year she will finally come home. We think about her everyday and I worry I will never be able to hold and cuddle her again. We love and miss her so much and I know she must miss us too." 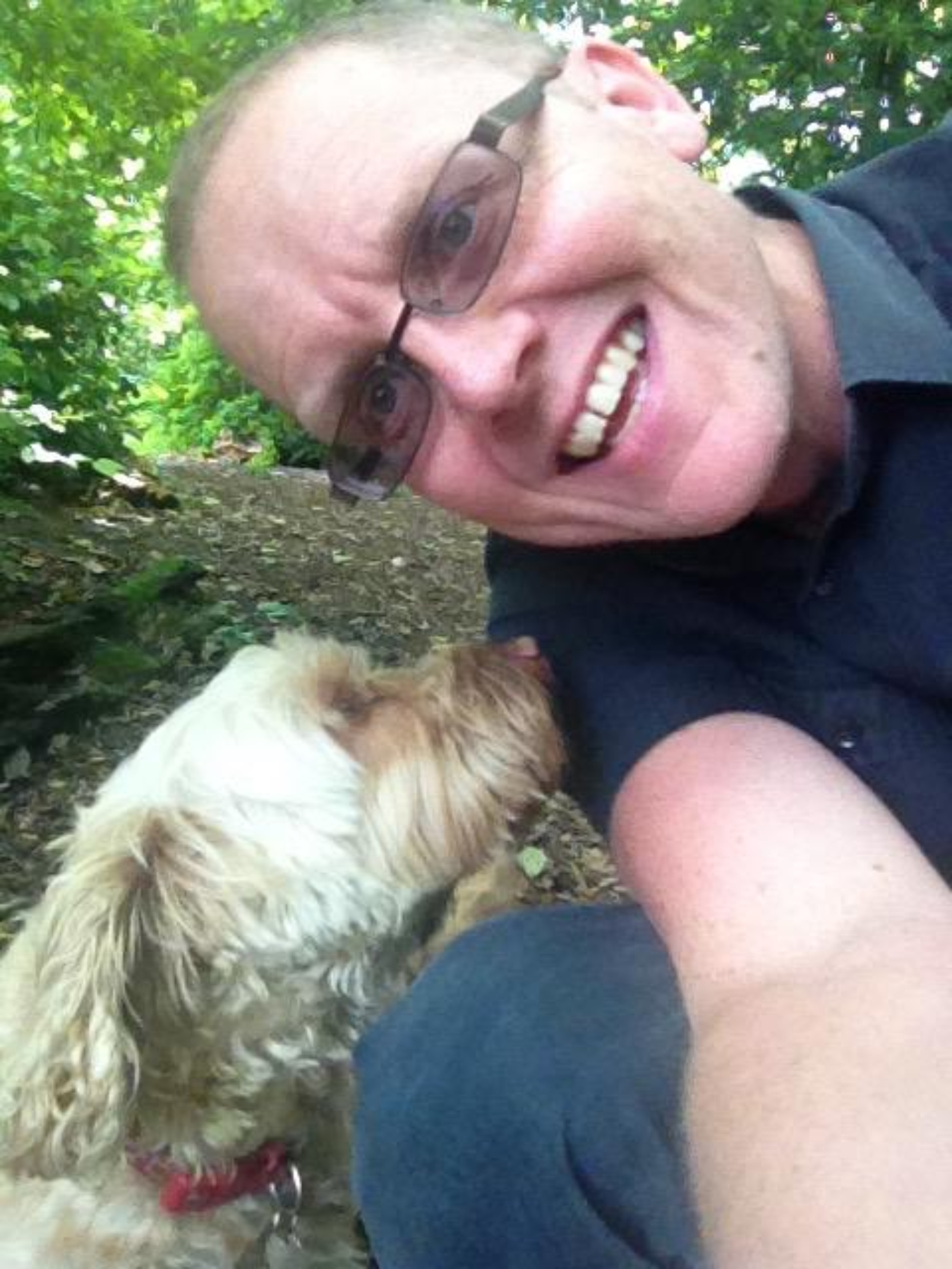 'Someone may have groomed him to make him look different'

Teddy, a five-year-old cockapoo went missing while out for a walk with his family near Ellesmere, Shropshire on September 28. 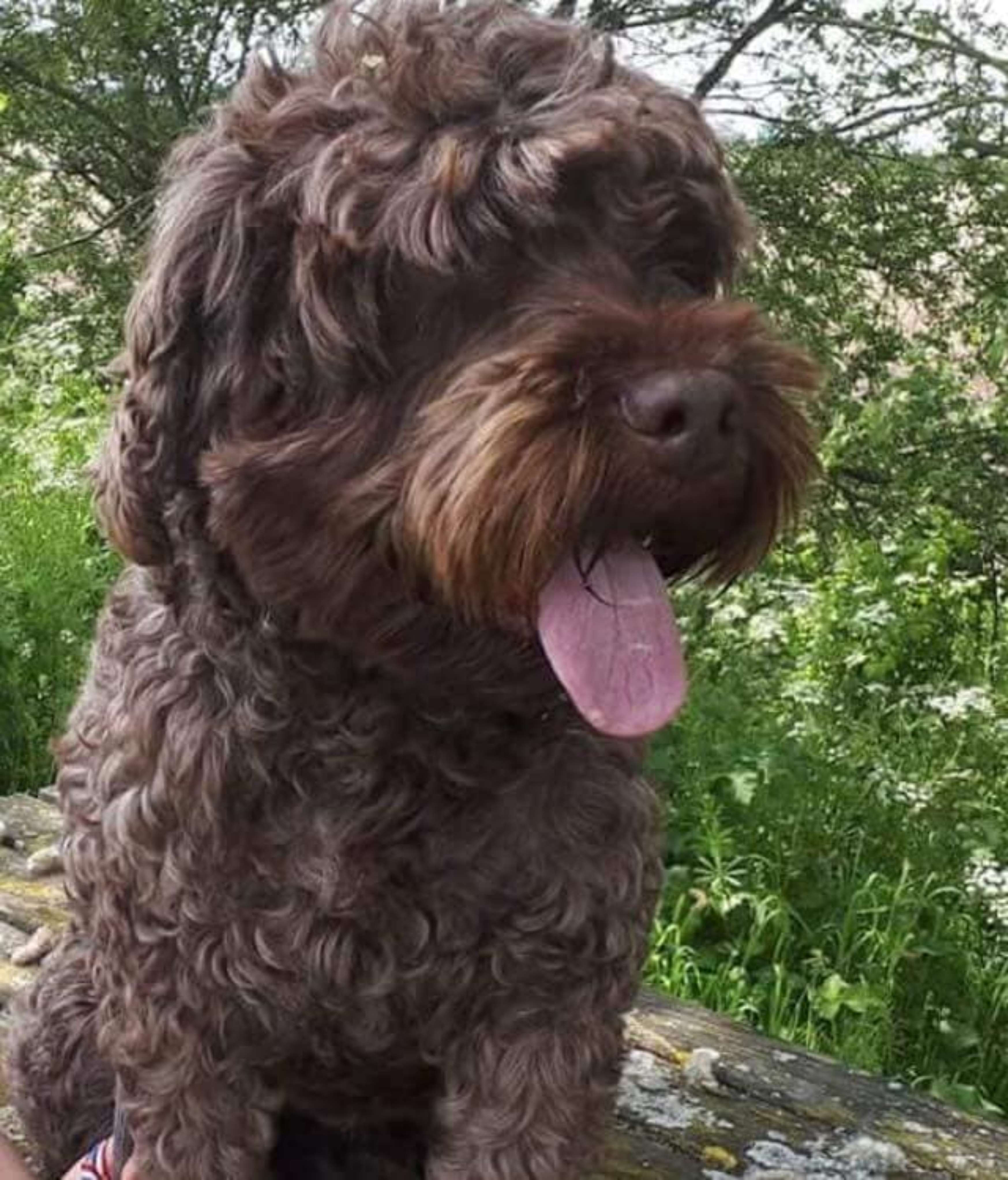 He could now be anywhere in the UK and may also have been groomed to disguise his appearance. His family are pleading with anyone who knows anything or has Teddy to please get in touch.

His owner Theresa Moore, a full-time mum, says: "It's heart-breaking when you lose a dog and the not knowing is the hardest; whether it's five weeks, five months or five years we will never give up hope."

Sham, a 14-year-old Jack Russell Terrier went missing from her home in Rochdale, Manchester on June 3, 2017. 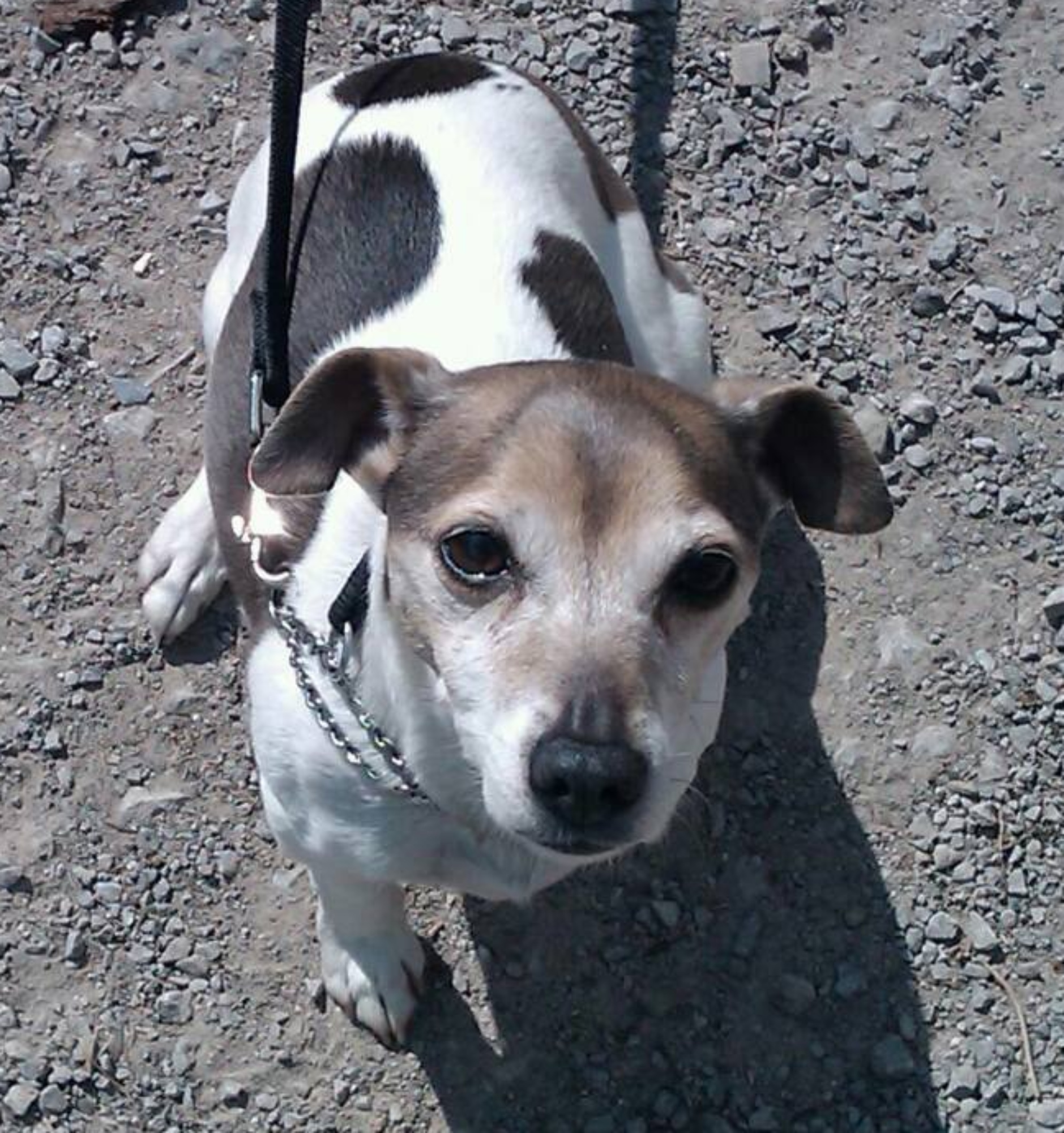 Owner Caroline Sullivan, 39, a deputy school manager, is absolutely heartbroken and urges people not to give up. She believes someone must have taken her in or know what happened to her.

Caroline says: "Sham has been part of my life for more than 14 years and has grown up with my children.

"They have never known life without her. Losing her was always going to be hard, but to not know where she is, is heartbreaking. I fell in love with her the second she came to live with us.

"I’ve let her down. In just a few minutes my focus was elsewhere and I’ve lost her. I’ve let her go and I haven’t been able to find her. I’ll never know where she is or who she’s with. Is she happy, content, comfortable, loved? Will she live the rest of her life knowing love because she deserves it more than I can possibly explain.

"Losing her is a nightmare that I can’t wake up from, no matter how hard I pinch myself. She might just be another dog to a lot of people but to me she’s part of my heart and it is broken."