OUTSIDE a courtroom in California a group women dressed all in black and with their blonde hair tied back waited for their hero.

They were gathered to see Elizabeth Holmes – who was found guilty of defrauding Theranos investors – on the first day of her trial in September. 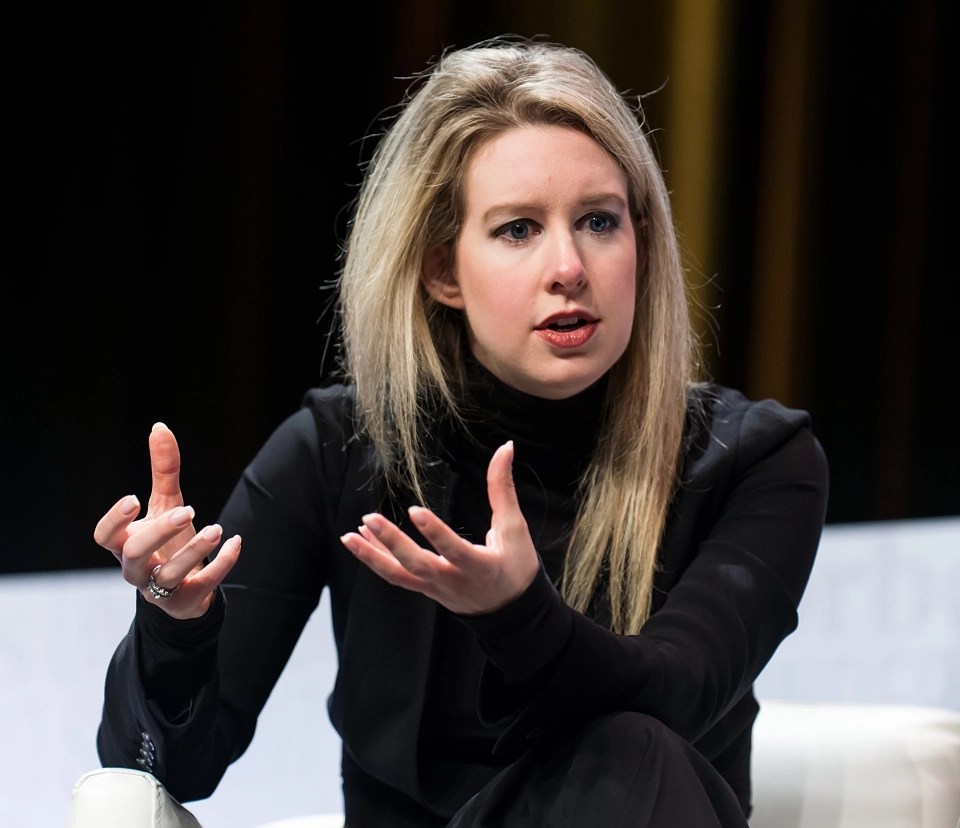 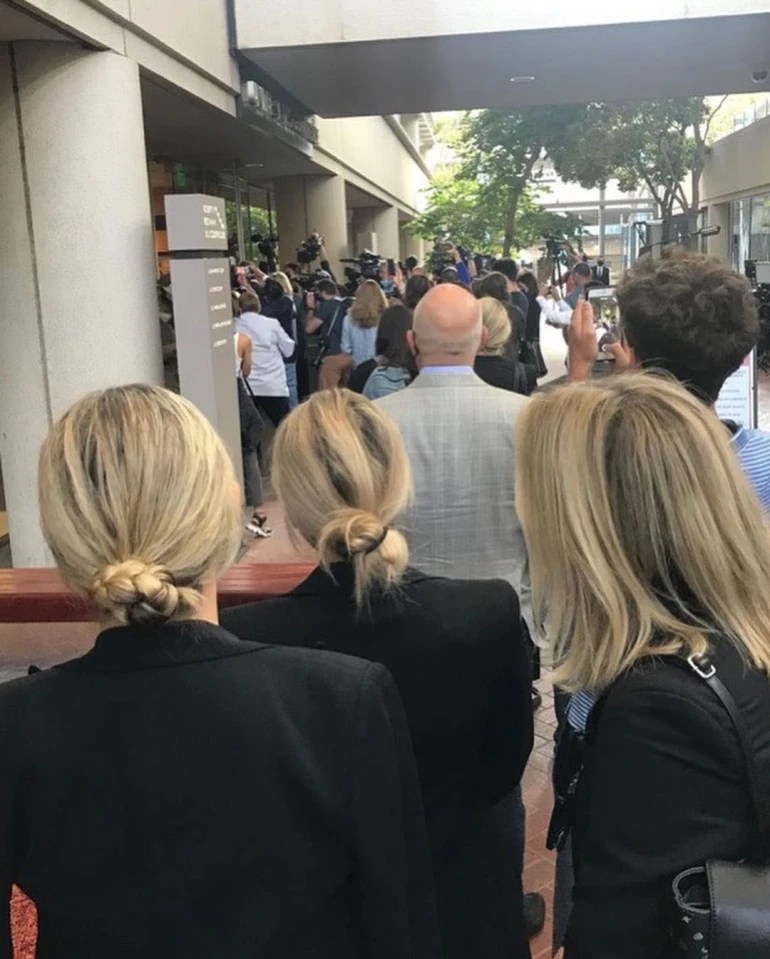 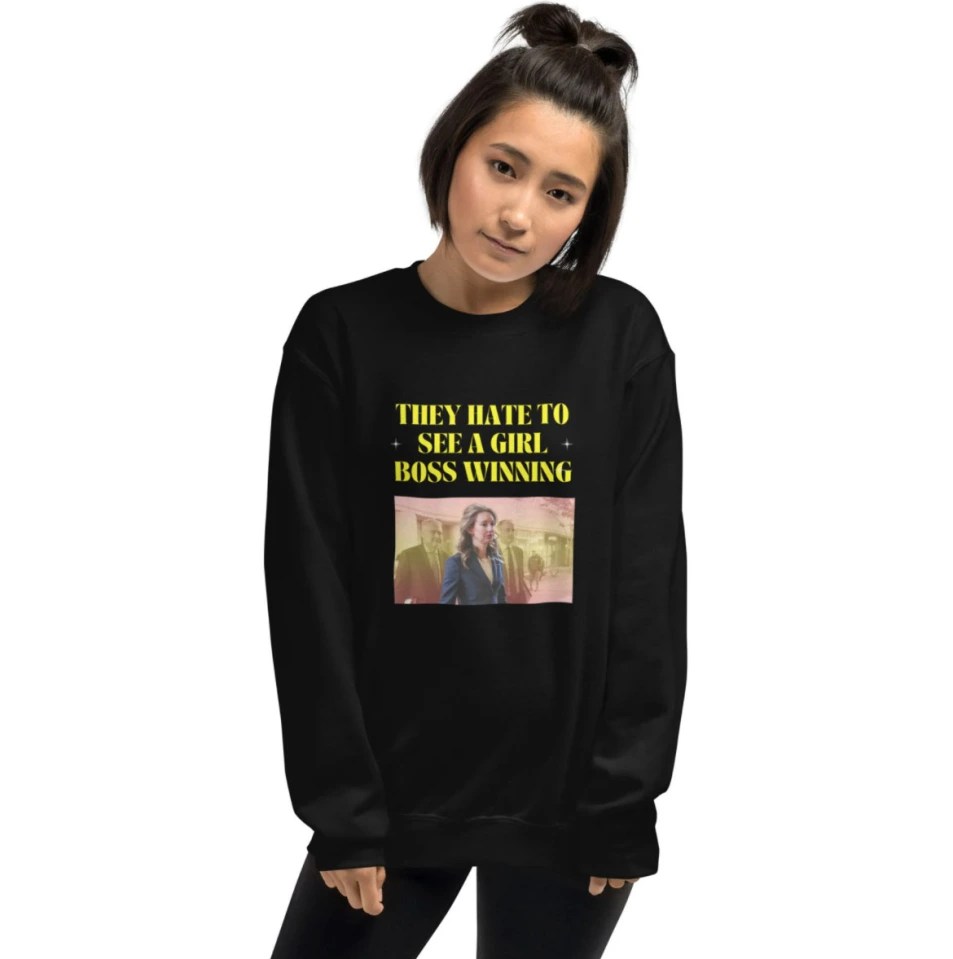 The women were one of a number of so-called Holmies, a group of supporters who idolize the former Theranos founder.

Law 360 reporter Dorothy Atkins tweeted the image, writing: "There are three women in front of me in line with blonde hair wearing black business suits.

"When asked why they’re here, one replied 'we’re fans,' and they declined to comment further."

Minutes later she added: "Elizabeth Holmes has arrived at the courthouse and is surrounded by cameras.

"Three of her fans try to catch a glimpse without losing their spot in line."

Normal life may be back in 60 DAYS as Omicron is ending pandemic, says health boss

Other sites sell t-shirts with pictures of Holmes that read: "They hate to see a girl boss winnging."

And reporters have been joined by her supporters and true crime fans in lining up in the early hours to catch a glimpse of Holmes in the courtroom.

Images from outside the court show how dozens of people gathered in the dark with camping chairs and supplies.

Holmes, who recently gave birth to her first child, faces 20 years in prison after she was convicted of federal fraud and conspiracy charges.

She had once been dubbed the richest self-made woman, lauded by Silicon Valley as the next Steve Jobs and at the helm of a blood testing start-up valued at $10 billion.

Her trial marked a sharp fall from grace which began after it was revealed Theranos' technology did not work as advertised.

Holmes had founded the blood-testing company in 2003 at the age of just 19, pitching its technology as a cheaper way to run dozens of blood tests with just a prick of a finger and a few droplets of blood.

She said she was inspired to start the company in response to her fear of needles.

Seen as a rising star in Silicon Valley, that led to comparisons to Apple's Steve Job and Holmes fueled that idea by dressing almost entirely in black turtleneck sweaters.

Theranos – a notoriously secretive company – shared very little about its blood-testing machine with the public or medical community.

But that did not put off investors.

In fact, they bought what Holmes was selling and put hundreds of millions of dollars into the company.

At one time, Theranos was worth more than $10 billion and Holmes the nation’s youngest self-made female billionaire.

Former Secretaries of State Henry Kissinger and George Shultz were on its board.

But colleagues were already starting to note strange mannerisms about Holmes, including how she did not seem to blink.

Even her voice has been called into question, with former acquaintances suggesting its noticable deep tone is not real.

One said out of the public eye it "lapsed into a more natural-sounding young woman's voice."

Holmes, who Vanity Fair reports would only fly by private jet, is also said to have tried to convince people her Siberian husky dog was a wolf amid her legal troubles.

The pup – named Balto after the famous sled dog  – is said to have used the floor of Theranos HQ as a toilet whenever Holmes took him into the offices.

And one former colleague said she remained "weirdly chipper" even during the investigation into her company.

But when a Wall Street Journal article lifted the lid of the company's alleged shortcomings in 2015, Theranos was forced to close in 2018.

Walgreens ended its blood-testing partnership with the company, and the Department of Health and Human Services effectively banned Theranos in 2016 from doing any blood testing work at all.

Holmes and former Theranos President Balwani were accused of scamming $700million out of investors.

They were also accused of using the money from investors to subsidize their luxury lifestyles.

Prosecutors had to delay the trial after Holmes' lawyers told the government she was pregnant on March 2 and requested that the judge postpone jury selection until August 31.

The father of Holmes’ baby is reportedly hotel heir William “Billy” Evans, 29, whom she wed in 2019. He is the heir to the Evans Hotel Group's chain of hotels located in California.

Balwani has been charged in a separate fraud trial, due to take place next year.

Holmes – indicted in 2018 – pleaded not guilty to charges of defrauding investors, patients and doctors.

"The most difficult thing to prove is intent," he added.

The 37-year-old was found guilty of conspiracy to defraud investors; wire fraud of Brian Grossman worth $38million; wire fraud of the DeVos family worth $100million; and wire fraud of former Cravath attorney Dan Mosley worth $6million. 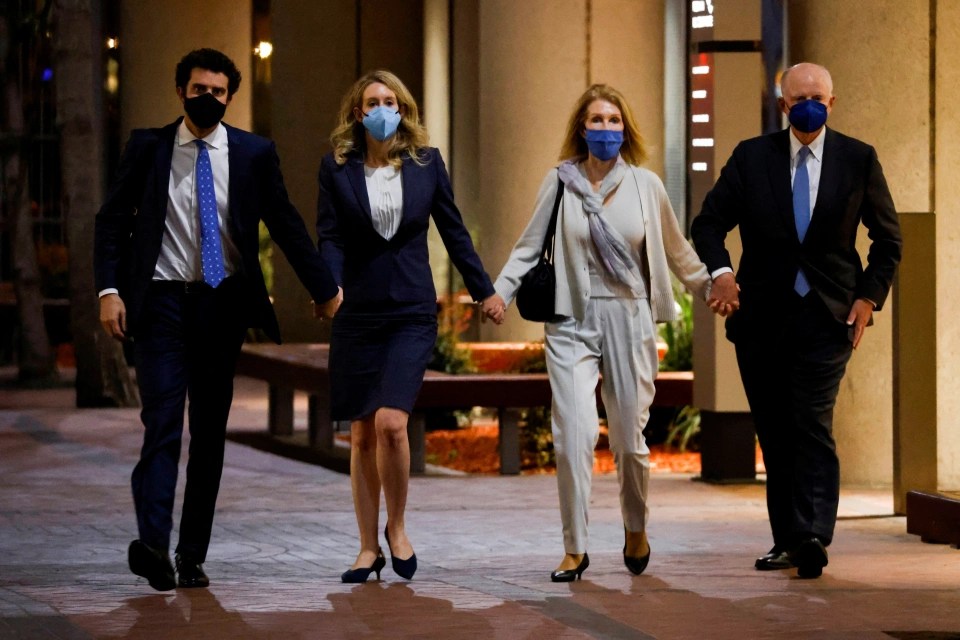 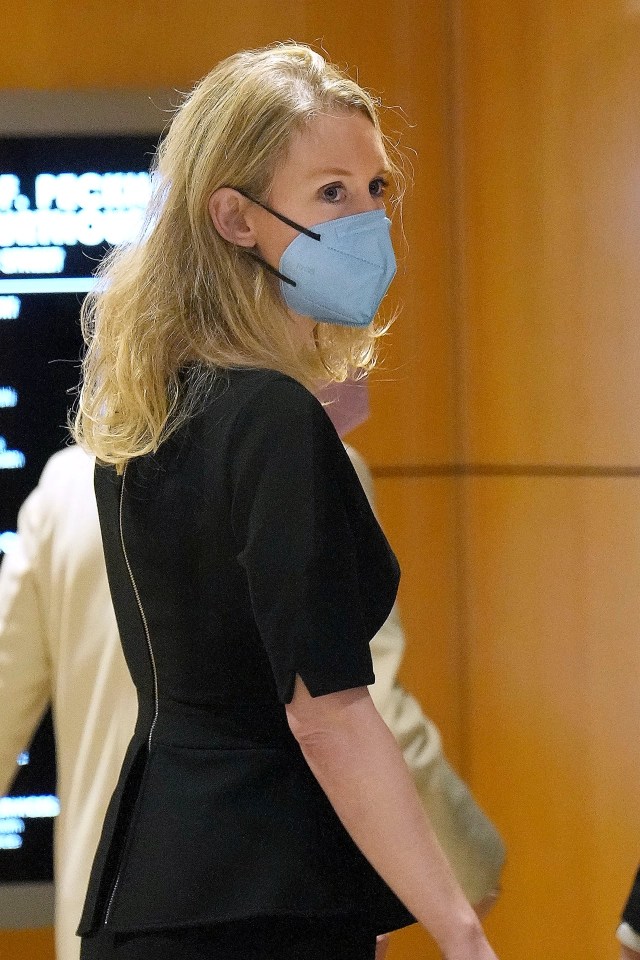