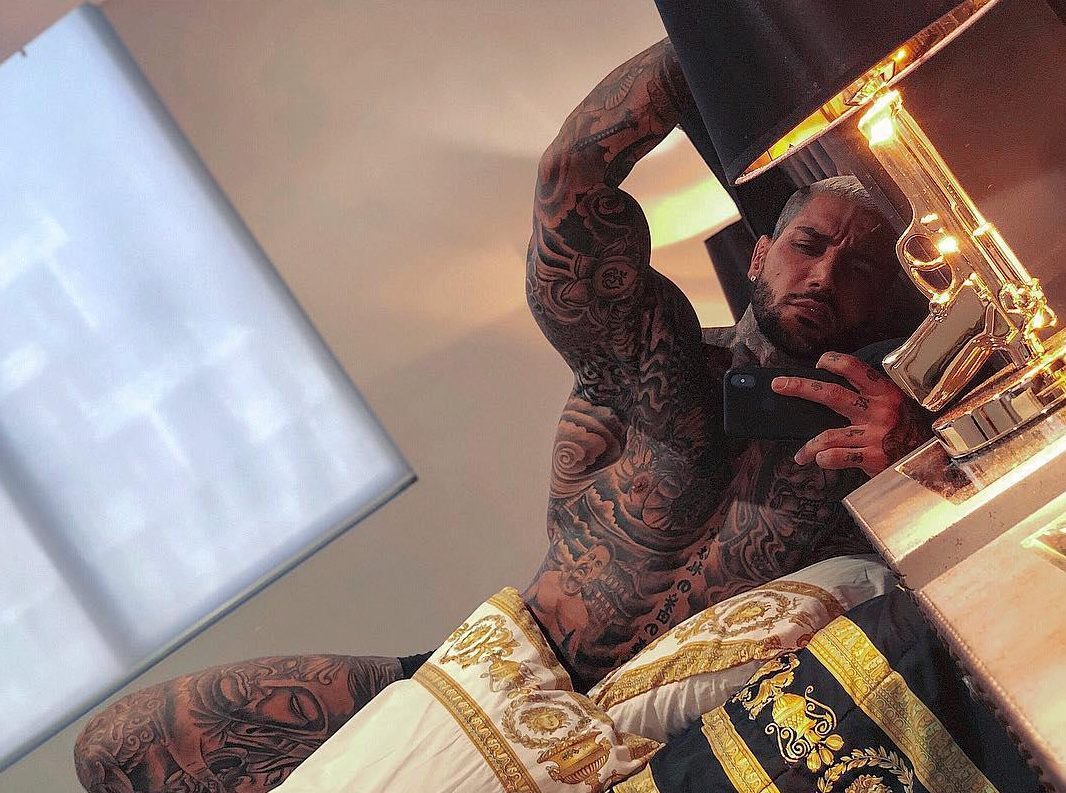 In one provocative shot he stretches out on his bed's silk Versace sheets while gazing at a £1,000 lamp made from a gold-plated Beretta handgun.

The bodybuilder frequently posts semi-nude shots – often with his privates covered with a pizza slice emoji.

One semi-naked selfie is captioned "You're sleeping at night, you wake up and find me in your house, my balaclava hiding my face and my RIG FIT undies hiding my anaconda. What you going to do in this situation?"

But several commentators from the Islamic community have taken issue with his posts – claiming that he is going against his Muslim faith. 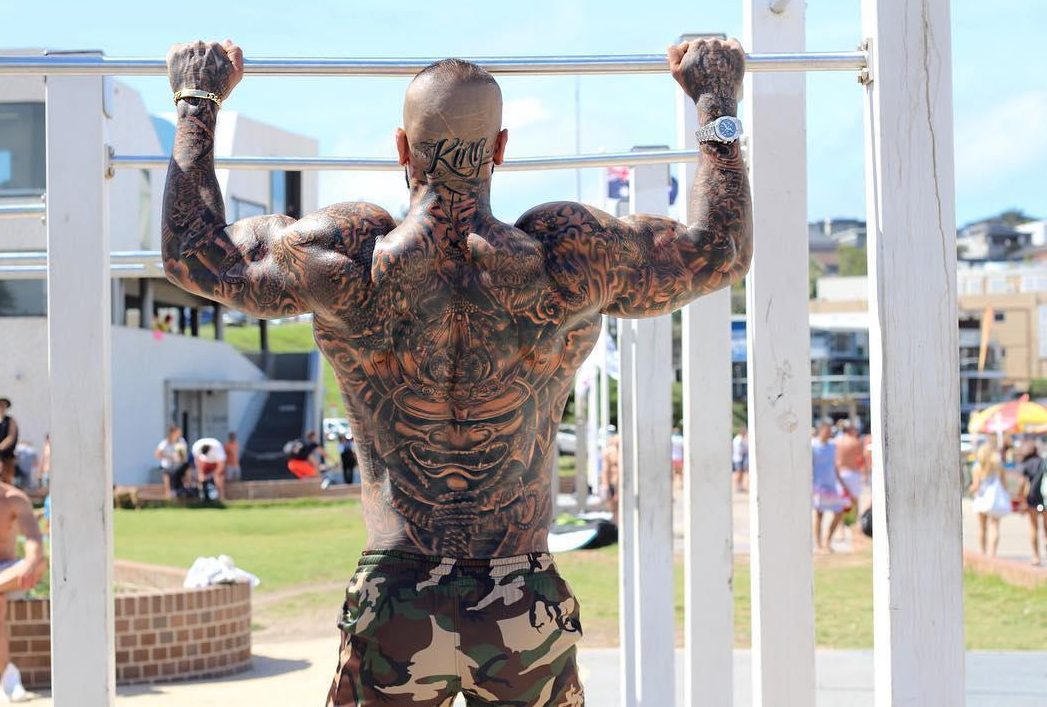 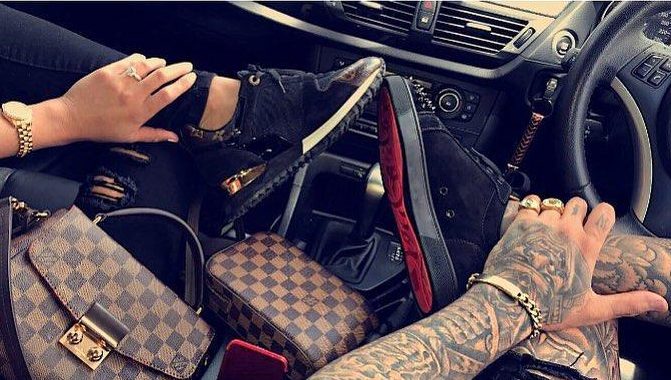 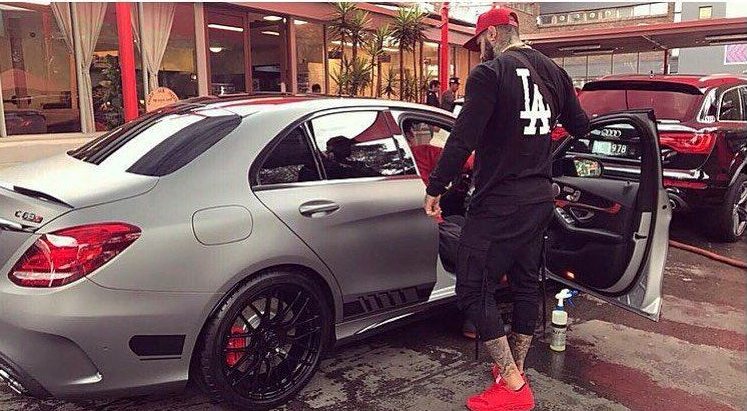 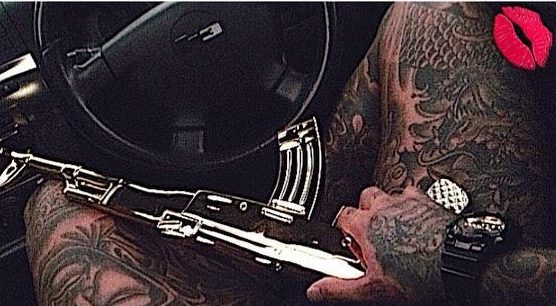 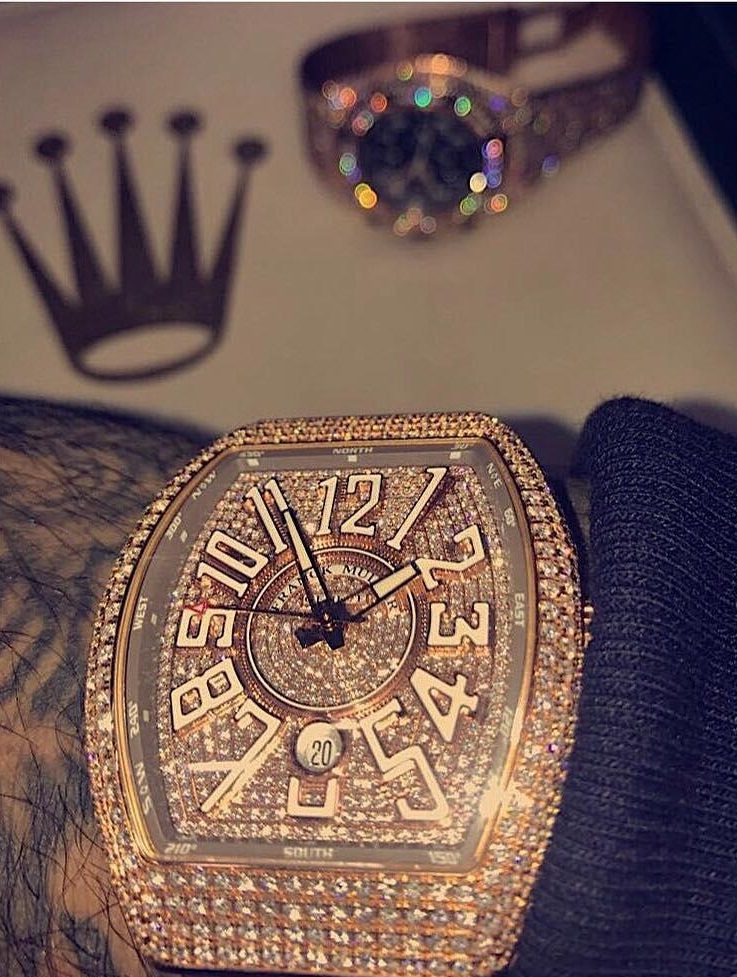 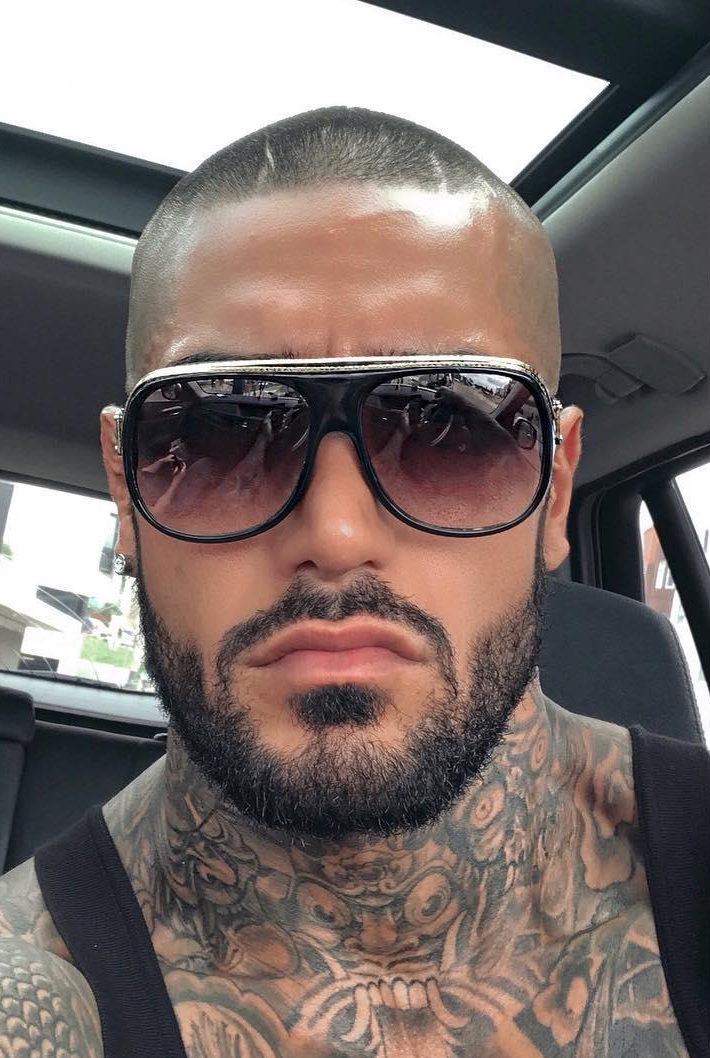 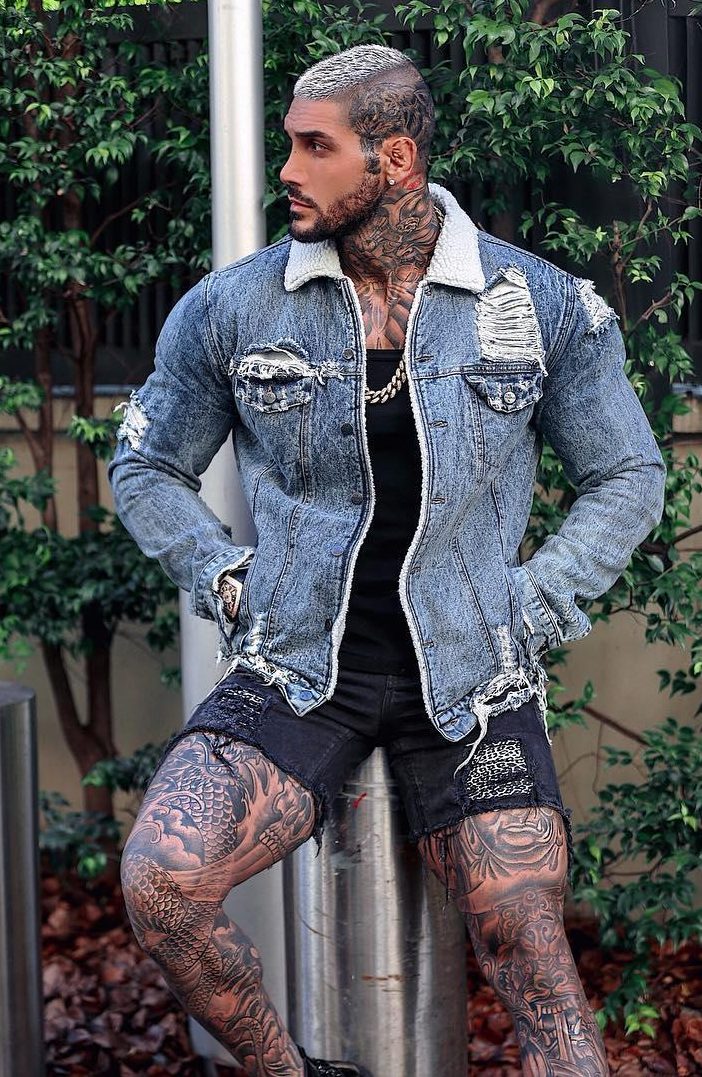 Earlier this year one fan wrote: "Are you ever scared that on the day of judgement allah [sic] will ask you about your tattoos?

"Tatooed [sic], alcohol and Muslim? I don't think so. I wish you "body build" the brain too mate."

Yakiboy replied "Allah (God) watch my inside not like u and all the rubbish people judge anyone with eyes."

He has also drawn criticism for posing with gold-plated AK-47 assault rifles and alleged ties to Aussie motorbike gangs. 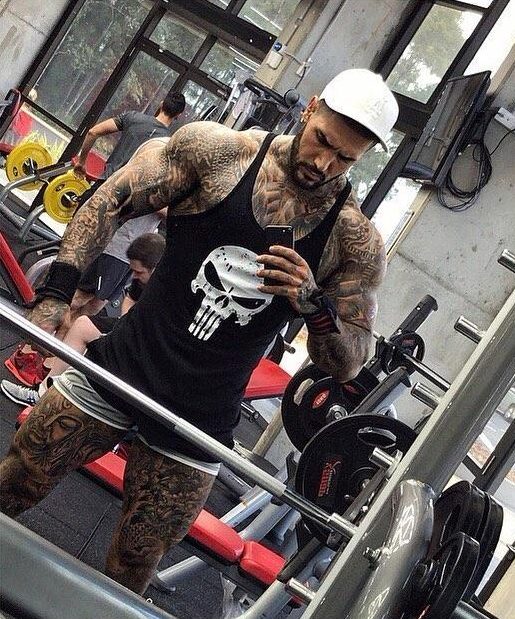 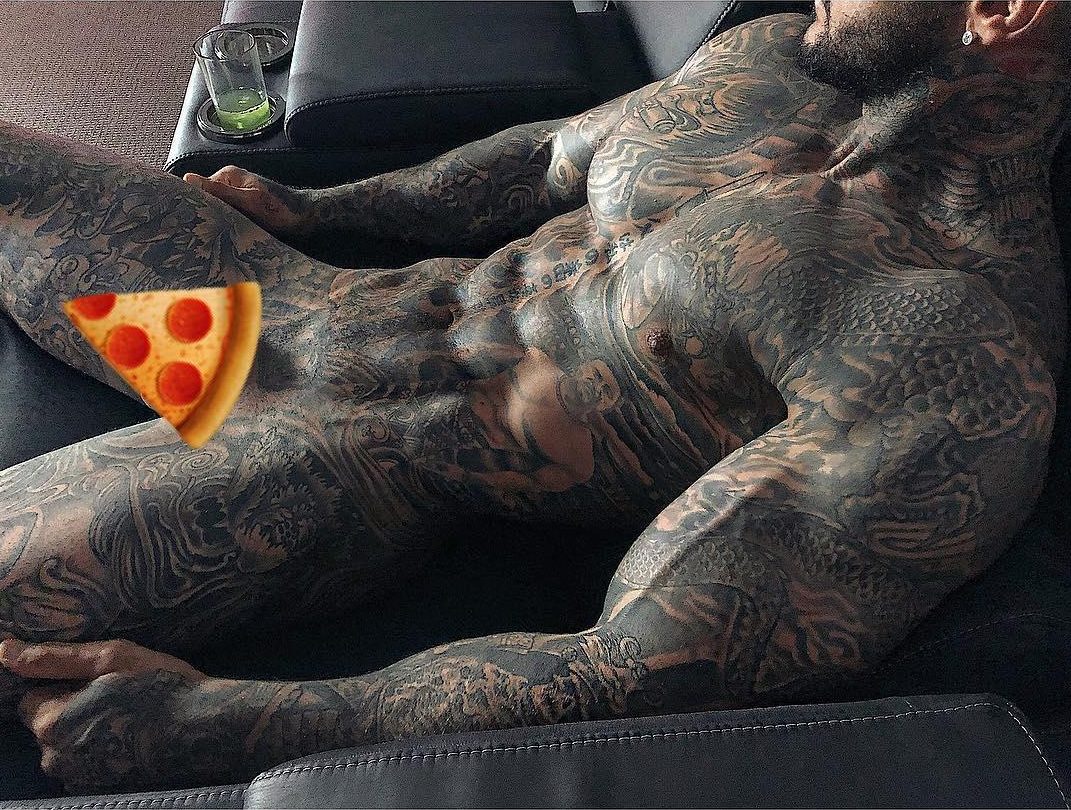 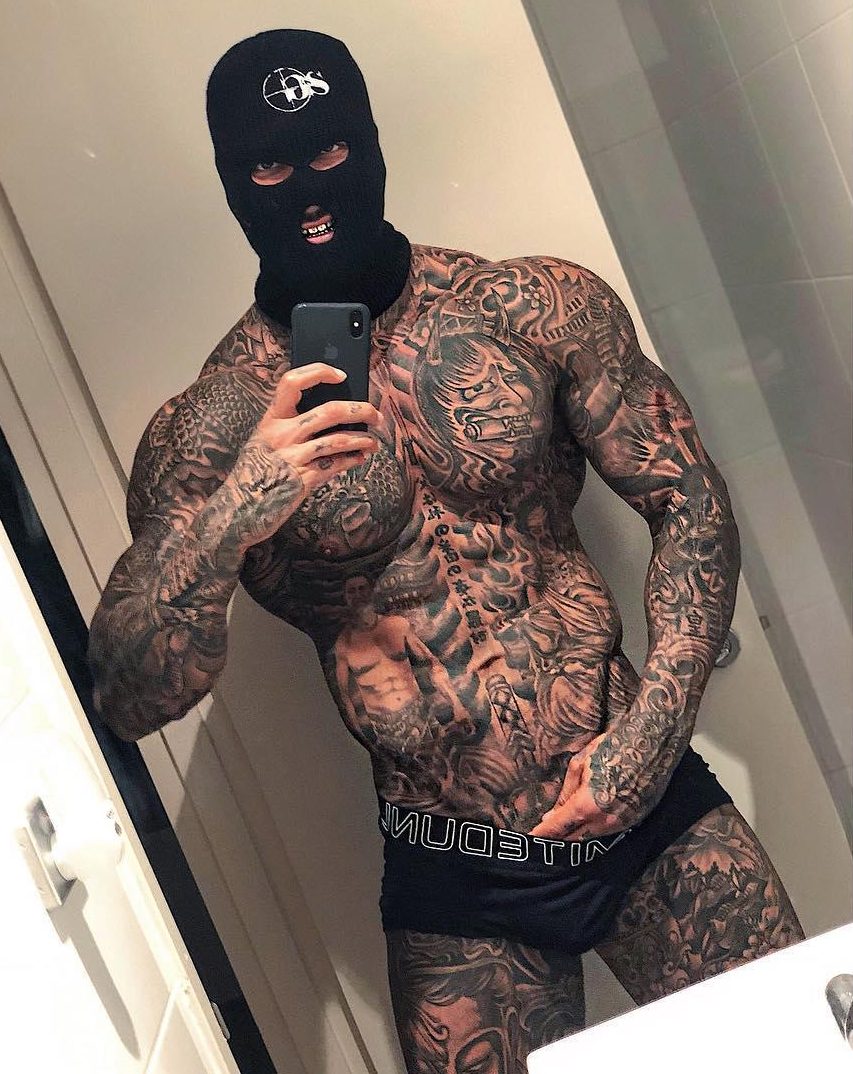 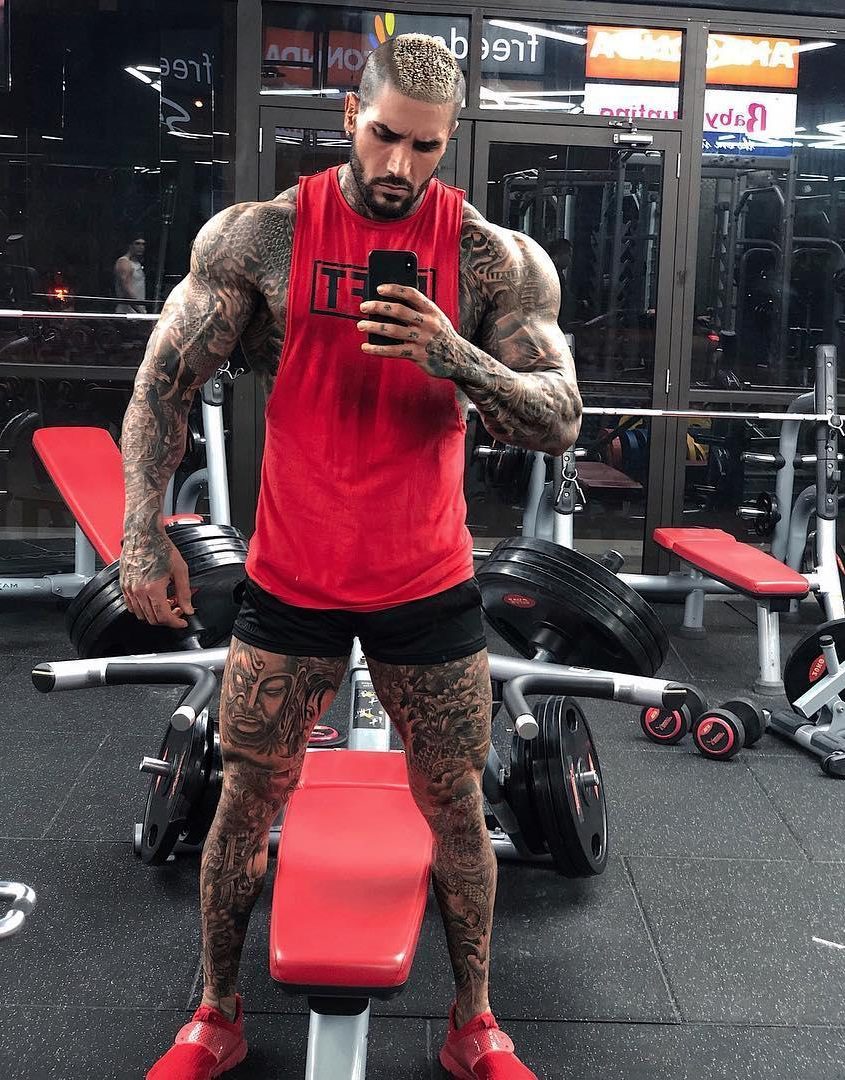 Among his thousands of followers is the Gold Coast chapter of the Bandidos gang.

Yakiboy said: "I'm not a bikie or with any group, I don't have any issue with anyone, I'm a Muslim Shia soldier, always by myself."