The wheelchair-bound 78-year-old – sat in an interview room in Texas with investigator Jim Holland – sensationally confessed to 90 murders. 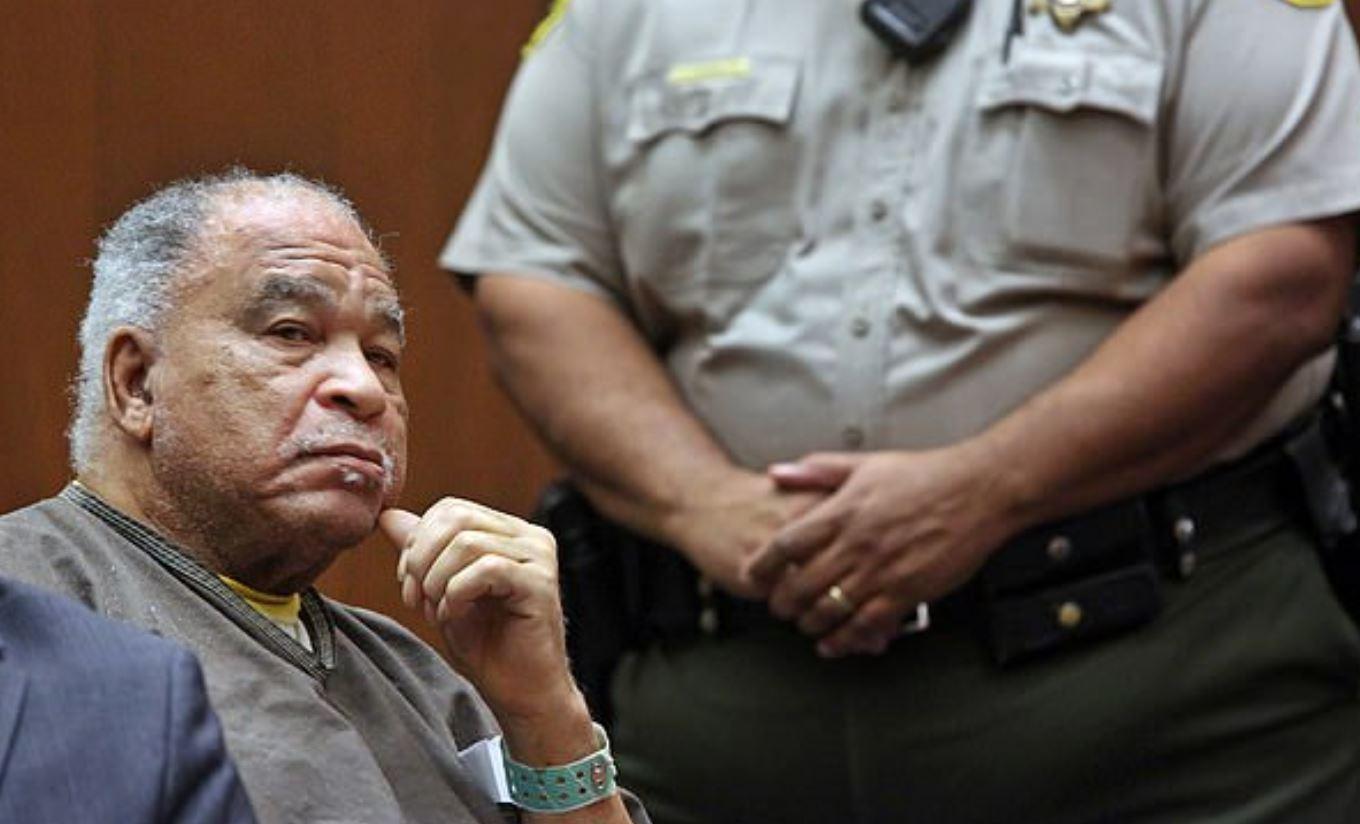 The staggering tally leapfrogs him over the likes of Ted Bundy and John Wayne Gacy to earn the grim moniker of deadliest serial killer in US history.

He was brought fast food, as teams of investigators from across America listened intently to his confessions over a three-way video.

It took three-and-a-half days for Little to lay bare his killing career. 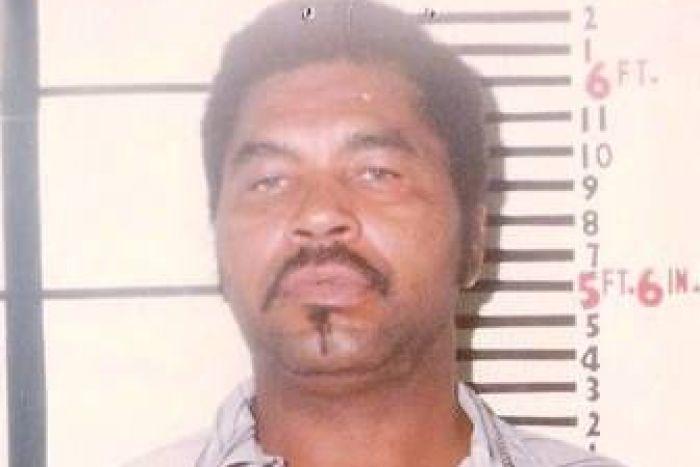 Ms Silverman told The Sun: “It was disgusting – I couldn’t wait to get the hell out of Texas and take a shower.

“It was very emotionless, but there were some areas where he seemed like he was getting excited talking about some of the victims.

“He seemed to be living the thrill of it through his confessions. I think he found it enjoyable.

“He was reciting it like you would talk about something you did yesterday. He was not relieved – that would attribute some emotion to someone who is a sociopath.

“He doesn’t feel any remorse. He likes the attention – with someone new wanting to talk to him and bring him pizza and McDonalds. As opposed to sitting in his cell.”

But is Little – who stalked vulnerable women over four decades – telling the truth?

“I listened to him talk about many murders across the United States. He provided some details on many of the murders – where he met the victims, time periods and descriptions.” 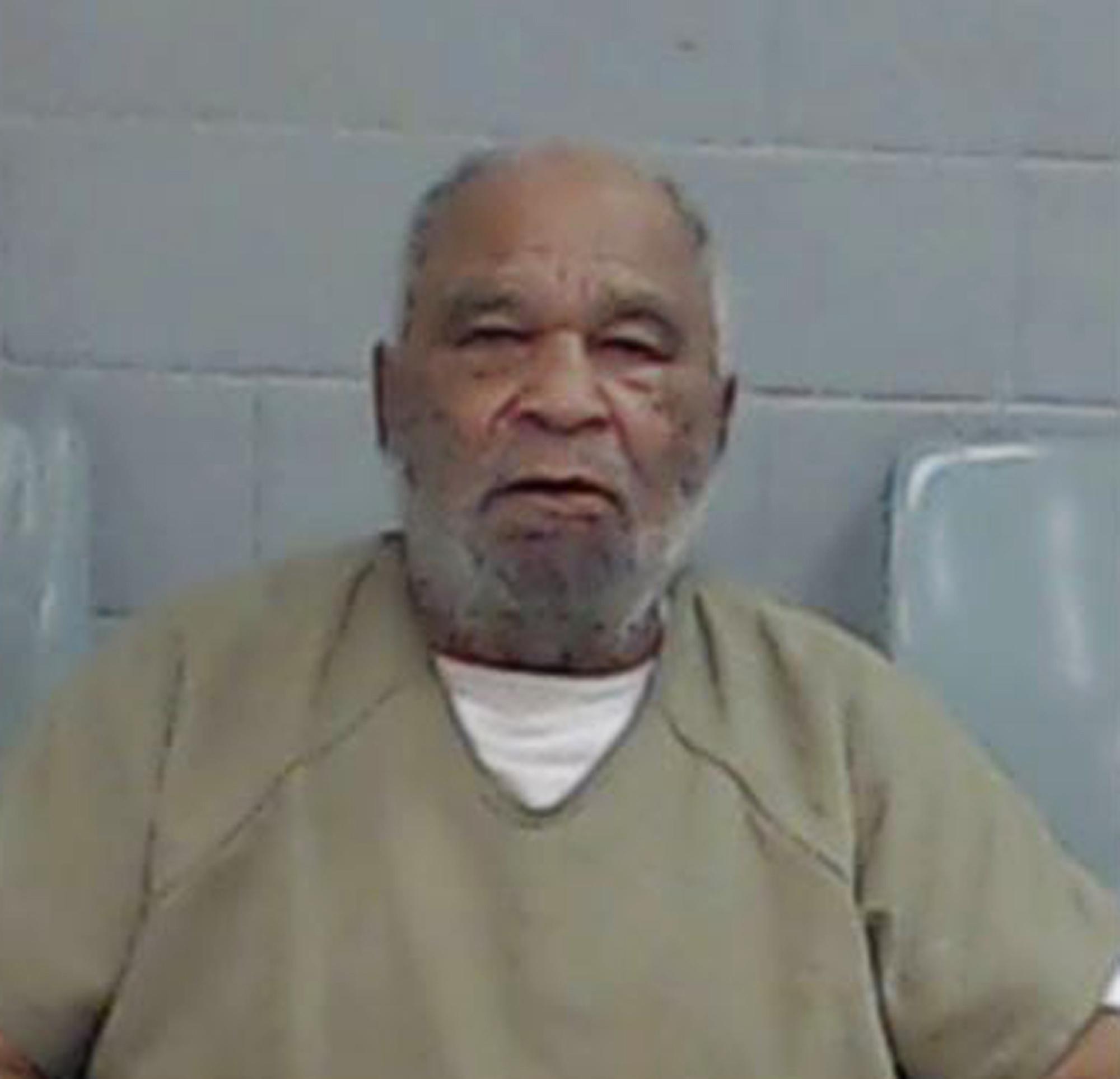 Former boxer Little, born Samuel McDowell in 1940, was known for delivering a knockout blow to his victims, who were usually drug-addicted or troubled women.

He grew up in Ohio with his grandmother, but after being jailed for breaking into a furniture store in 1961 he lived in Florida with his mum – working as an ambulance attendant and cemetery hand.

After moving on again, the transient travelled the US and racked up an arrest record in 24 states over 56 years – mostly for assault, armed robbery, shoplifting and drug violations.

But one macabre crime went unpunished for decades – his desire to kill. 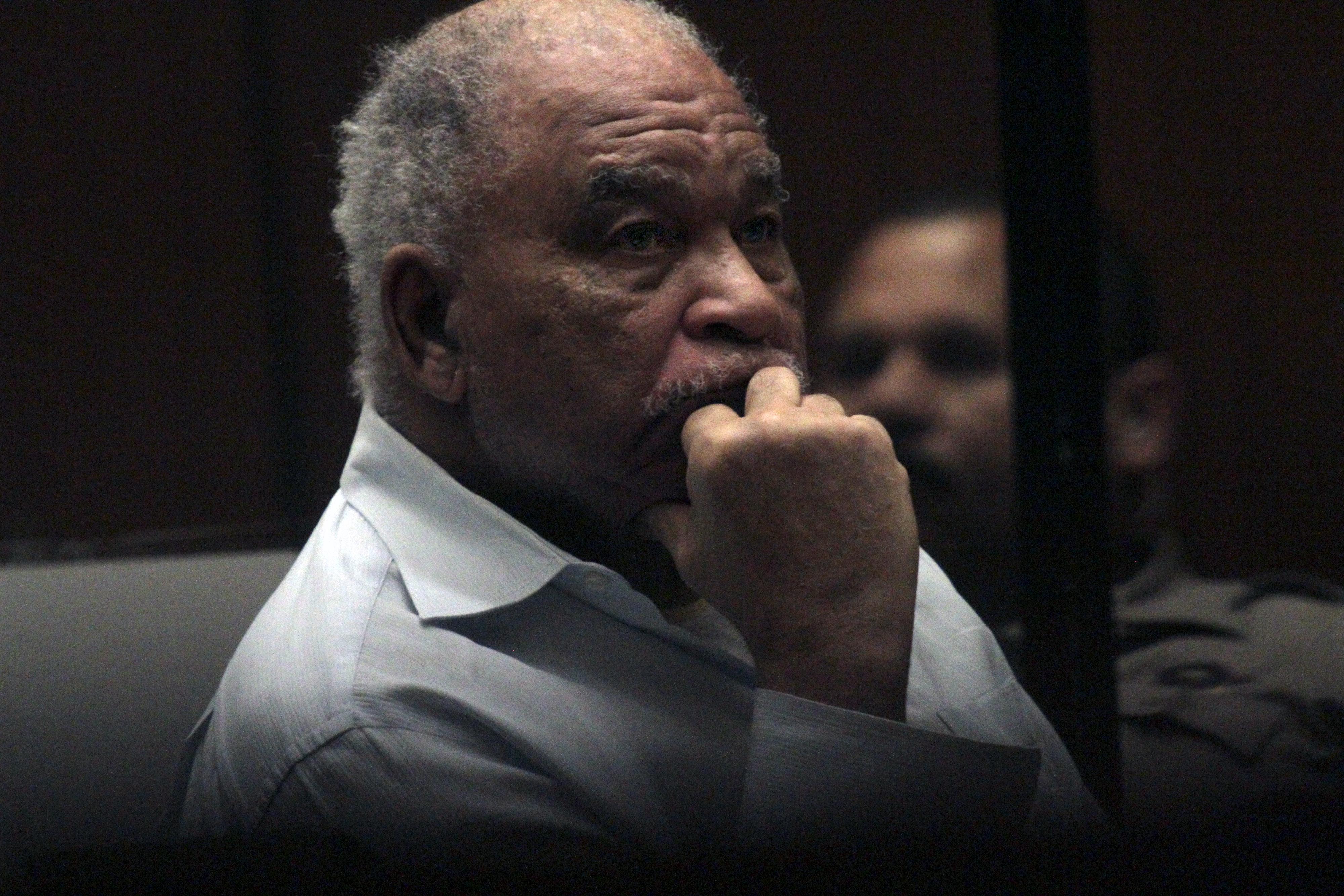 Incredibly, he slipped through the net at least three times.

Little was arrested in Mississippi on suspicion of attempted murder, aggravated assault and rape in December 1982.

While behind bars, he was questioned about the death of 20-year-old Rosie Hill in Florida – but denied all involvement.

He was then tried in 1984 over the killing of Patricia Ann Mount in Florida – but again went free.

An owner of a nearby bar told authorities she saw Mount dancing with a man identified as Little and that they left together. 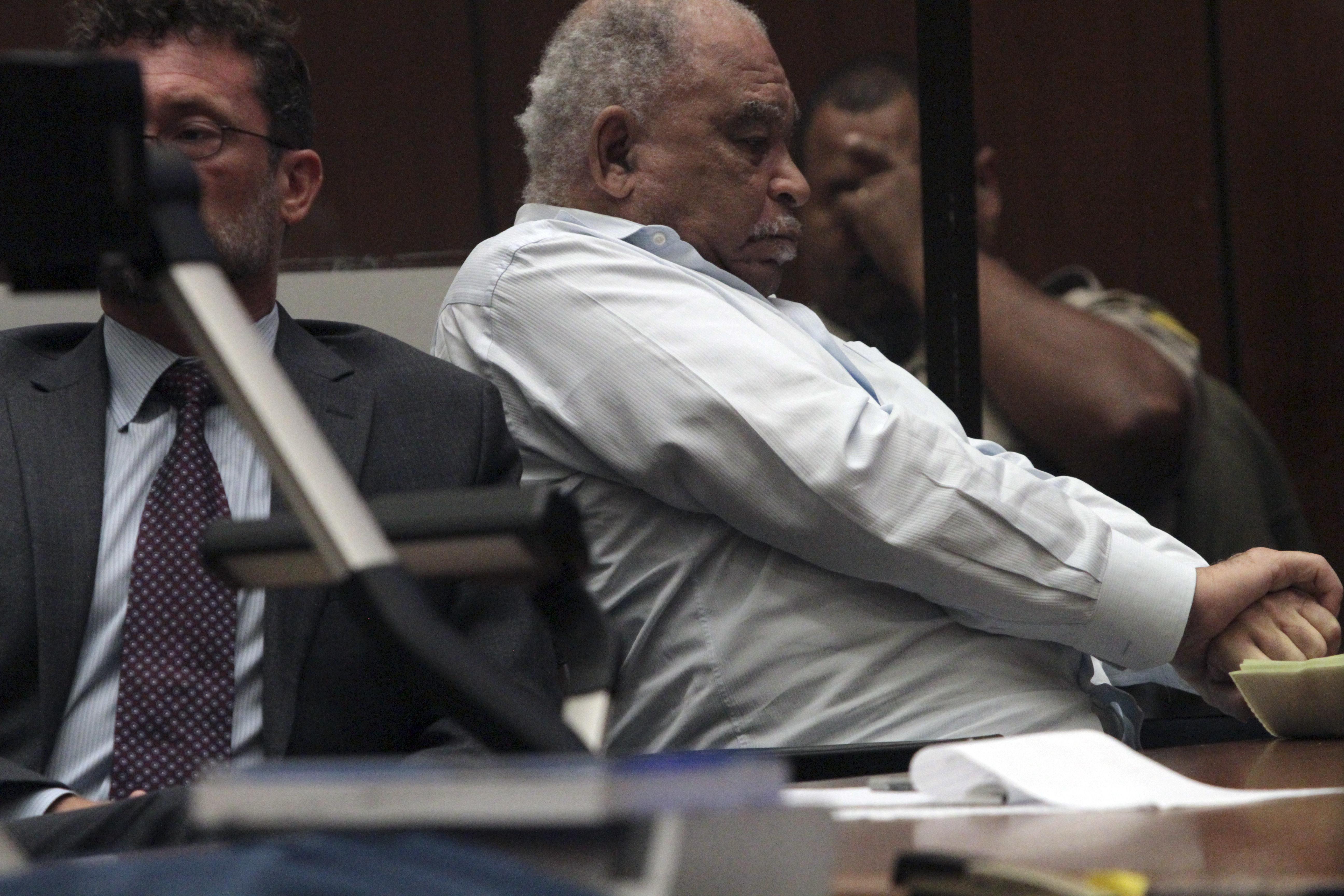 But jurors deliberated for less than a half-hour before acquitting him at trial.

Years later, cold case detectives unearthed a letter from the case where investigators indicated Little could have been involved in the murder of about 60 women.

Beth Silverman added: “There were multiple failures to catch him over the years.

He was eventually caught in 2013 after his DNA was matched to genetic evidence left at the scenes of three killings, between 1987 and 1989, in south Los Angeles.

Little was said to be one of SIX high-profile serial killers operating in the area during the 1980s.

Their bodies were discovered in alleyways or abandoned garages. 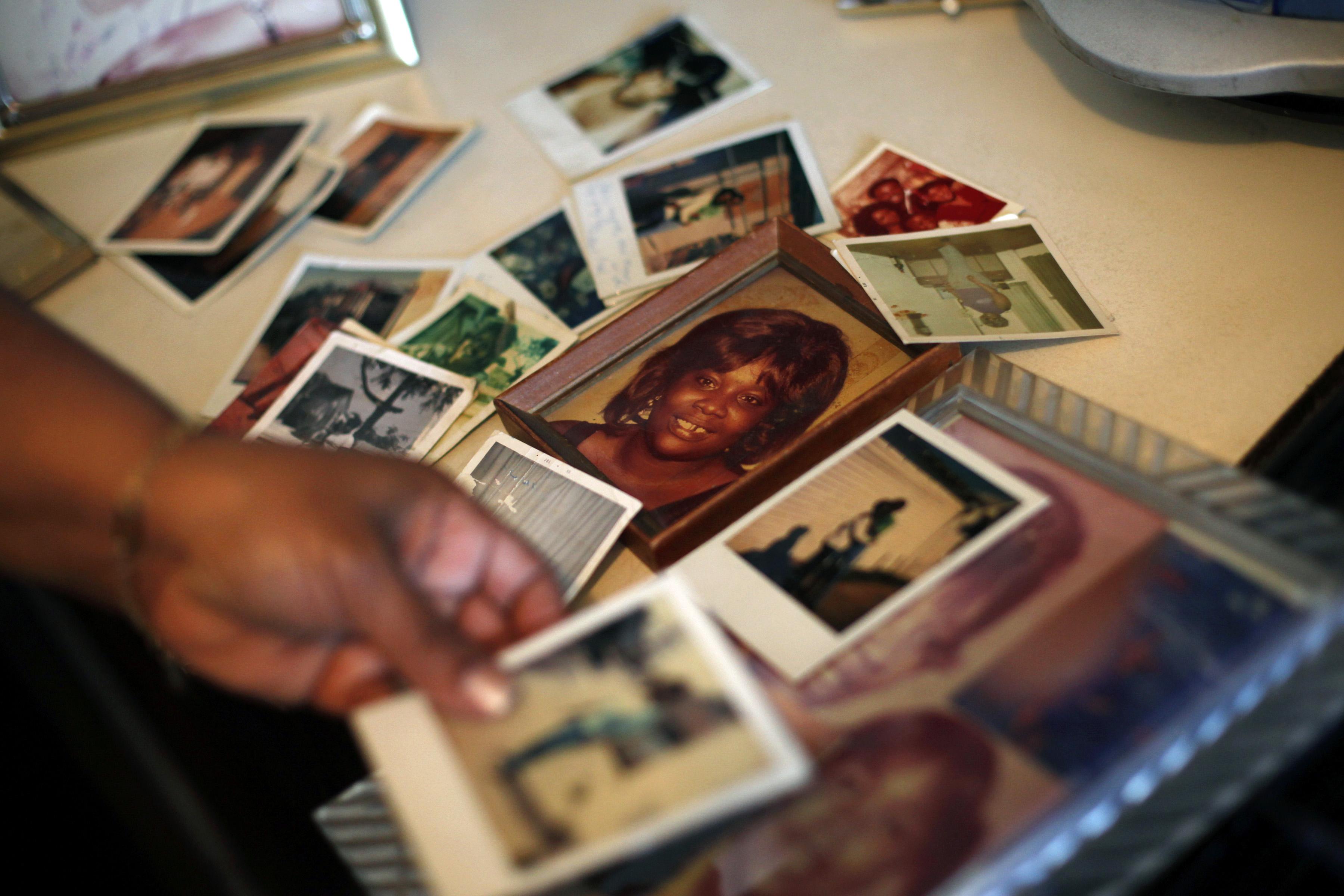 But during the strangler’s heated sentencing, at Los Angeles Superior Court in September 2014, he refused to admit his guilt.

Sherri Nelson, sister of Audrey, told a judge that he had killed her sibling in the “most despicable manner” – strangling her and throwing her body into a bin.

As she spoke, the wheelchair-bound killer in the courtroom – sat just feet away – rolled his eyes and threw a stack of papers onto the table in front of him.

A few minutes later Mary-Louise Frias, the goddaughter of Guadalupe, told the court that Little had “no conscience, no soul”.

Mary-Louise fired back: “God will judge you.” 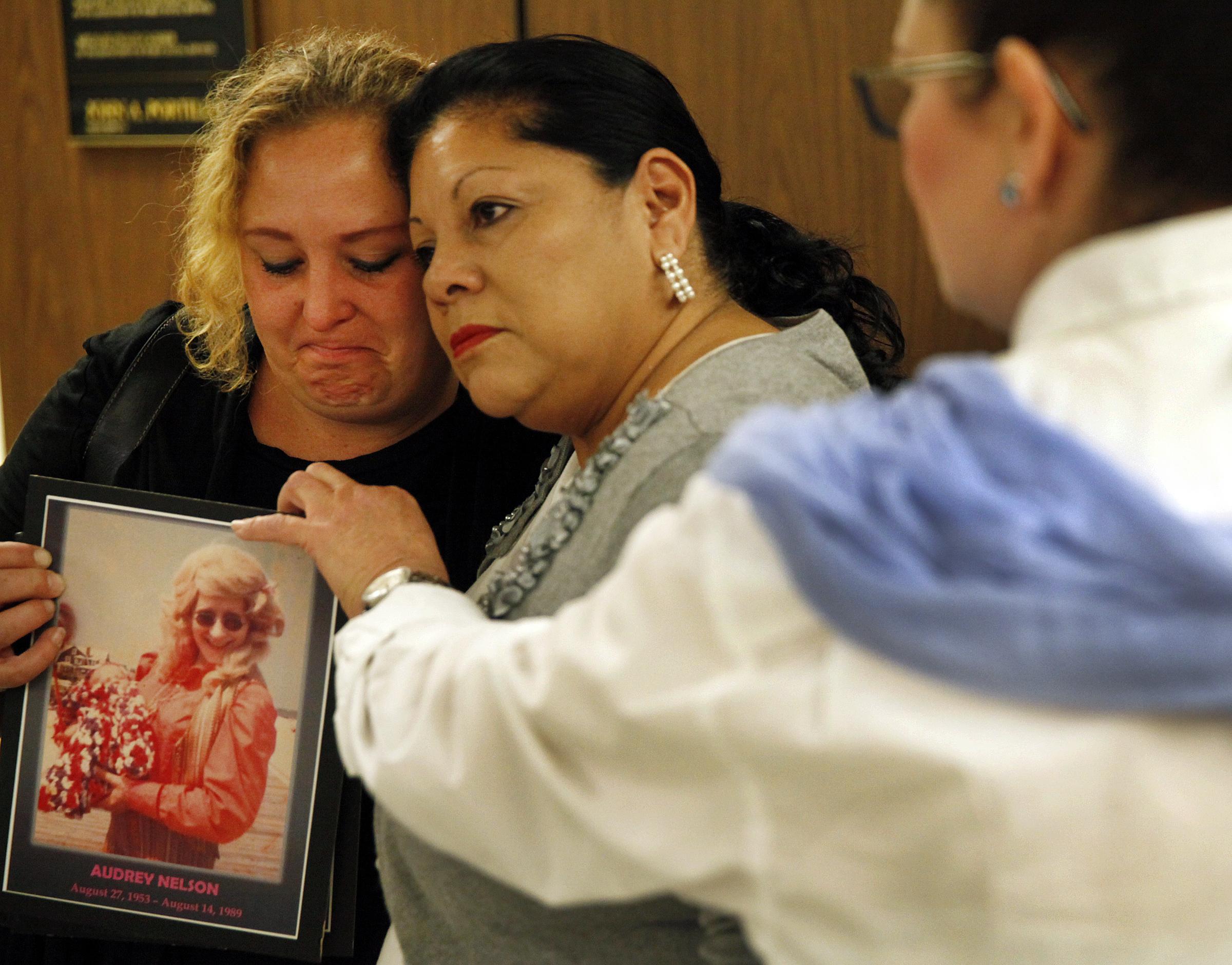 The murder victim’s son, Tony Zambrano, also confronted Little, swearing as he told him: “You took something very dear to me, sir.”

Just before Judge George Lomeli jailed him for three life terms – without the possibility of parole – Little defiantly told the courtroom: “This conviction was drawn by lies and liars.”

Relatives of his victims cheered in the public gallery as sentence was handed down.

When a bailiff began wheeling Little out of the courtroom a few moments later, the killer put his hand into a fist and thrust it into the air as an act of defiance. 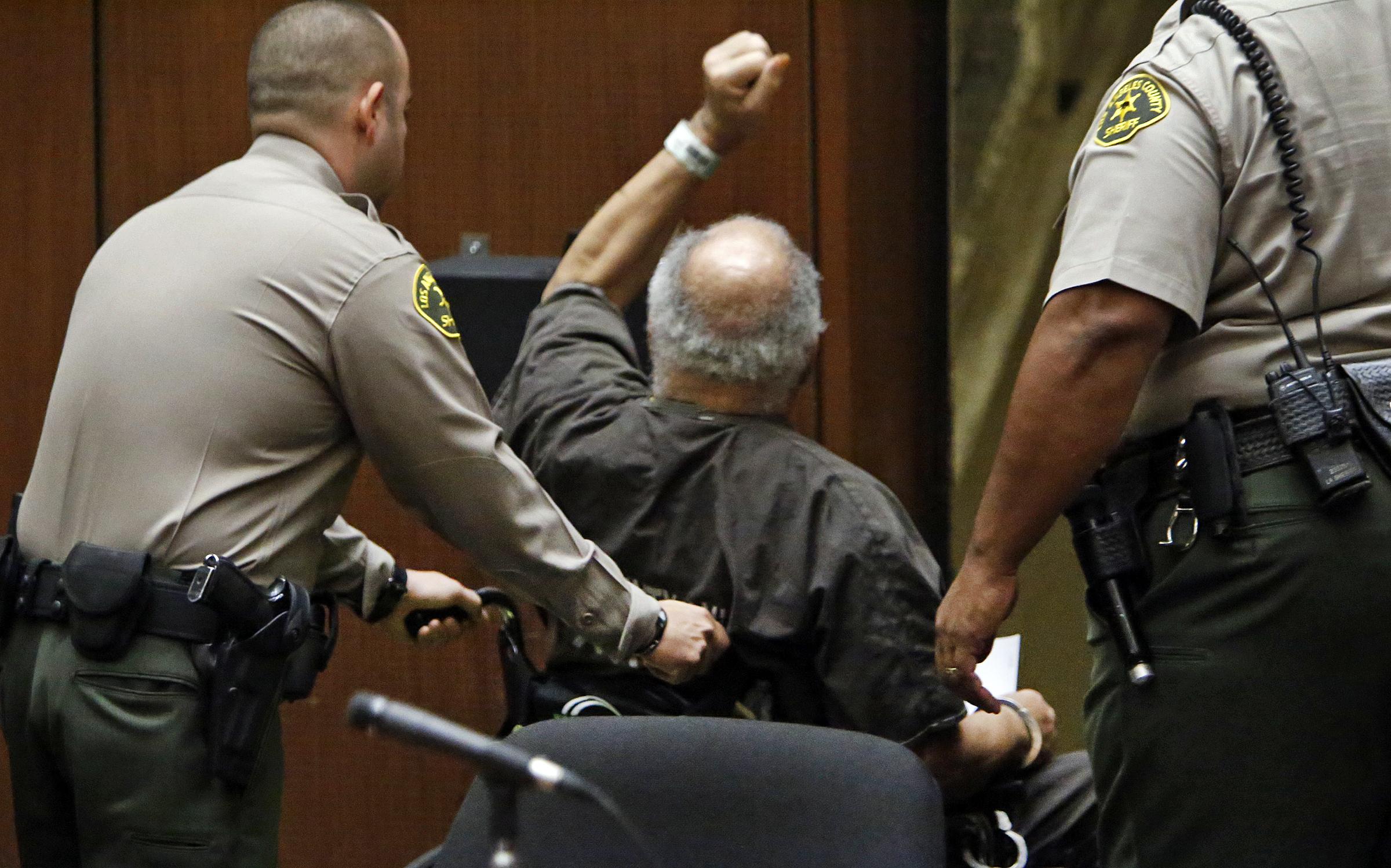 But even at the time of his conviction, LAPD detective Mitzi Roberts said she believed that Little was responsible for more killings that remained unsolved.

She said: “During the ‘70s and ‘80s was his prime time, and evidence from that time just doesn't exist anymore.

"But I feel very confident that it's in the double digits.”

Now according to Little himself, it could almost be in TREBLE digits.

After stewing in his cell for years, he came clean after arranging a deal with law officer Jim Holland to move to a jail in Texas from California.

Texas Ranger Holland was able to gain his trust and get him to confess in return.

His first admission concerned the 1994 murder of Denise Christie Brothers in Odessa, Texas, who was found dead in a car park.

Following that, various officials from across the country came to visit his him.

District Attorney Bobby Bland, who is investigating Little over the death of Brothers, said prosecutors had already “matched up” a THIRD of his confessions.

He said: “They’re able to match up over 30 cases. We expect more. So far we don’t have any false information coming from him.

“When you lose someone like this, you don’t know what happened to them or why it happened, it’s important to get the answers.

“The fact that our case can be used to give answers to the loves ones for the victims across the country is really amazing and humbling.

“I think it is a tragic situation, but on the other hand there are a lot of people who have been looking for answers probably for more than 30 years and I hope maybe some will be provided.”

He added: “By the time we get done, it very well may be confirmed that he is the most prolific serial killer in American history.” 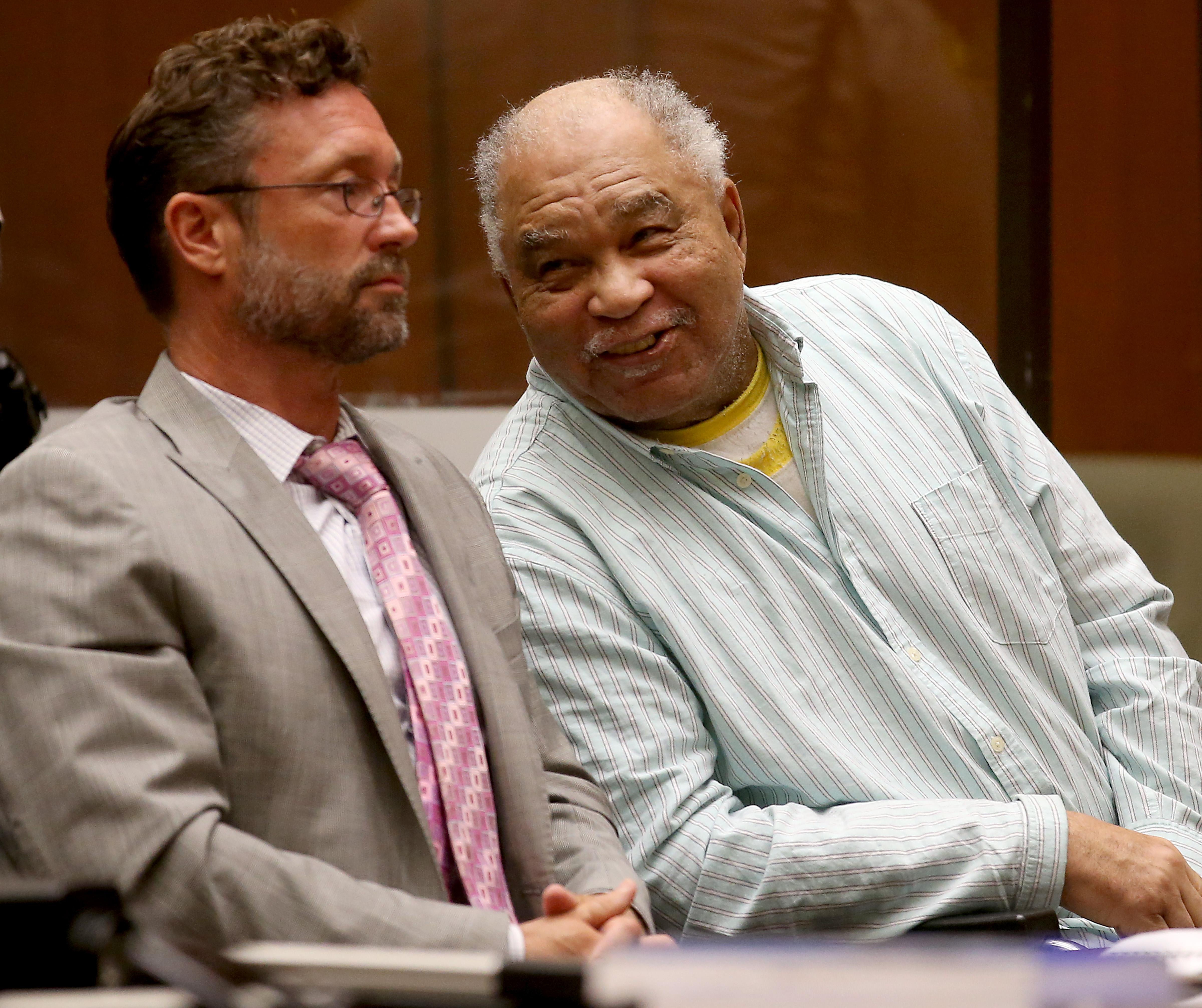 The mass murderer was said to have provided detailed confessions.

One was to finally admit the strangulation of Rosie Hill, whose body was found in woods in Florida back in 1982.

Chillingly, he told detectives that he killed Hill “because God put him on this earth to do it”.

Lauren Lettelier  Marion County Sheriff's spokesman, said: “He gave details that only the killer would have known landmarks and areas that were there at the time.

“While he was hazy on some details, a lot of the main details he could still recite like it was yesterday.”

Little will not be prosecuted over the death, as he is already serving life.

Minnie Hill, the victim’s mother, said she was satisfied with the confession, adding: “At least we have some closure now. We don’t have to wonder who did this and why he did it.”

10 Most prolific serial killers in history

Investigators in Louisiana and Georgia said Samuel Little's confessions have enabled them to solve four other slayings.

Little provided details on two killings in Houma, Louisiana, “that only the murderer would have known”.

Both had been strangled.

In Macon, Georgia, the Bibb County Sheriff's Office said that Little's confessions allowed its investigators to close two murder cases, one from 1977 and another from 1982.

Fredonia Smith was found strangled in 1982, but the 1977 victim has never been identified after her skeletal remains were discovered on the edge of a wood.

Beth Silverman told The Sun that he had confessed to another 18 murders in the LA area.

She said: “I think he kills because he enjoys it. We suspected at the time we tried him that he was prolific.”

Little was moved from California to Texas in September, where he is being held in an Ector County jail on a murder charge in connection with the Brothers’ slaying.

He will appear in court on November 26.

Even if half his murder confessions are true, he could become the deadliest serial killer in the US.