THIS interactive map reveals coronavirus infections in your area as Brits brace themselves for the tier system review.

Across England, 81 per cent of local authorities have seen an increase in cases and Health Secretary Matt Hancock is set to reveal the new tiers at 11.30am. 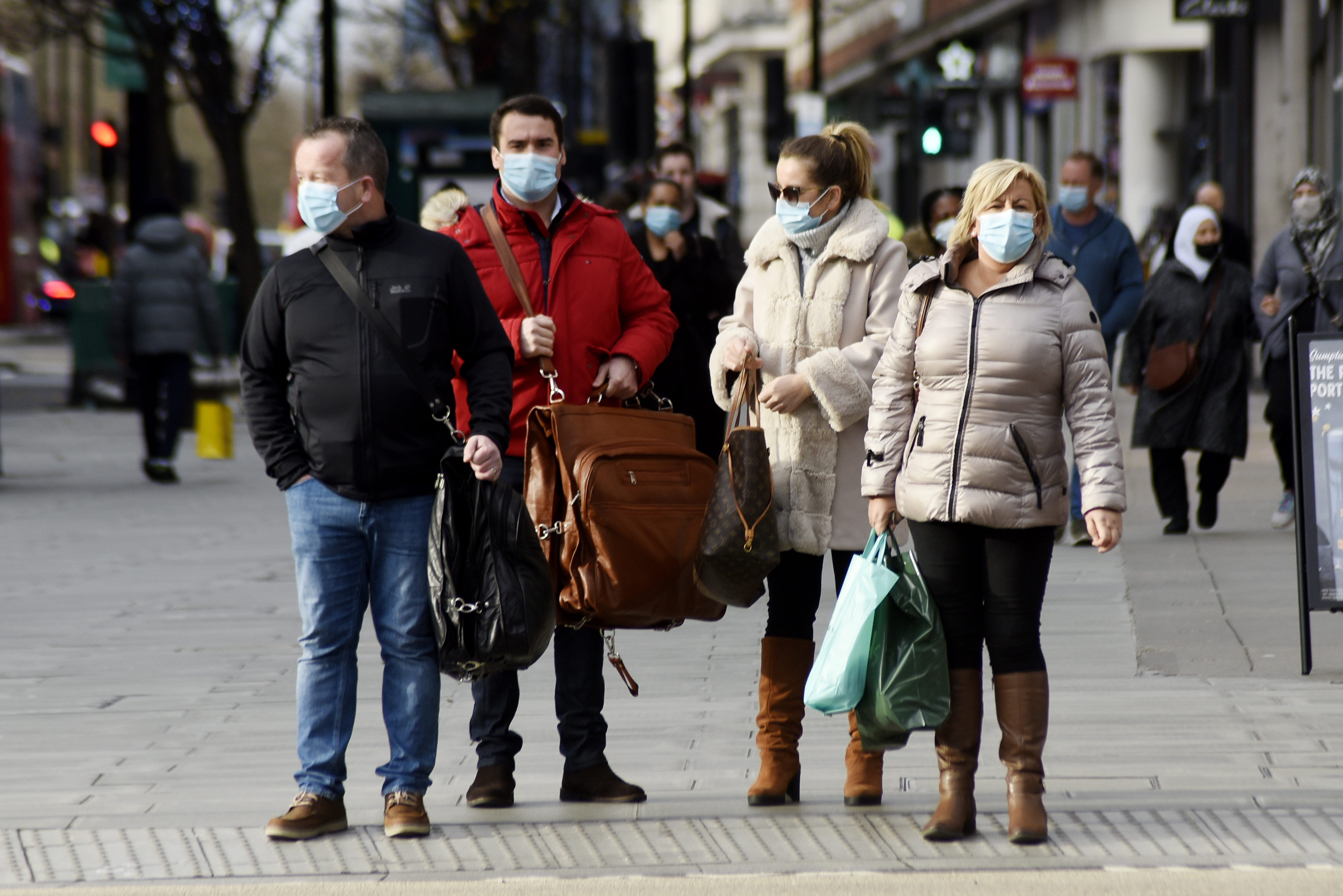 It comes just days after the government announced that London and the surrounding counties would move into Tier 3 after a substantial rise in cases.

NHS bosses have urged the Government not to drop any Tier 3 areas to 2 today and warned that they need to be "cautious".

Urging "extreme caution" on moving areas down a tier, organisation officials said: "Trust leaders are worried that if infection rates remain as high as they are the moment, relaxing the restrictions will trigger a third wave."

Greater Manchester and Leeds have been hammering at No10’s door to go down into Tier 2 after their infection rates fell below the national average.

Coventry, Warwickshire and Solihull are also clamouring to be freed from the harshest rules after their rates fell since the last decision.

Data from Public Health England (PHE) shows that Swale in Kent continues to have the highest rate in England, with 1,114 new cases recorded in the seven days to December 12 – the equivalent of 742.3 cases per 100,000 people.

The announcement this afternoon comes days before Brits are set to bubble up before the Christmas break.

The government has relaxed the rules for a five day period over Christmas so that Brits can spend the festive period with their loved ones.

Brits in Tier 3 areas have been warned to not travel to Tier 2 regions to enjoy their Christmas.

In a national address yesterday, Boris Johnson urged people to keep Christmas as safe – and short – as possible.

Despite facing pressure from politicians and scientists, the PM says people in England will be able to form festive 'bubbles' for five days between December 23 and 27. 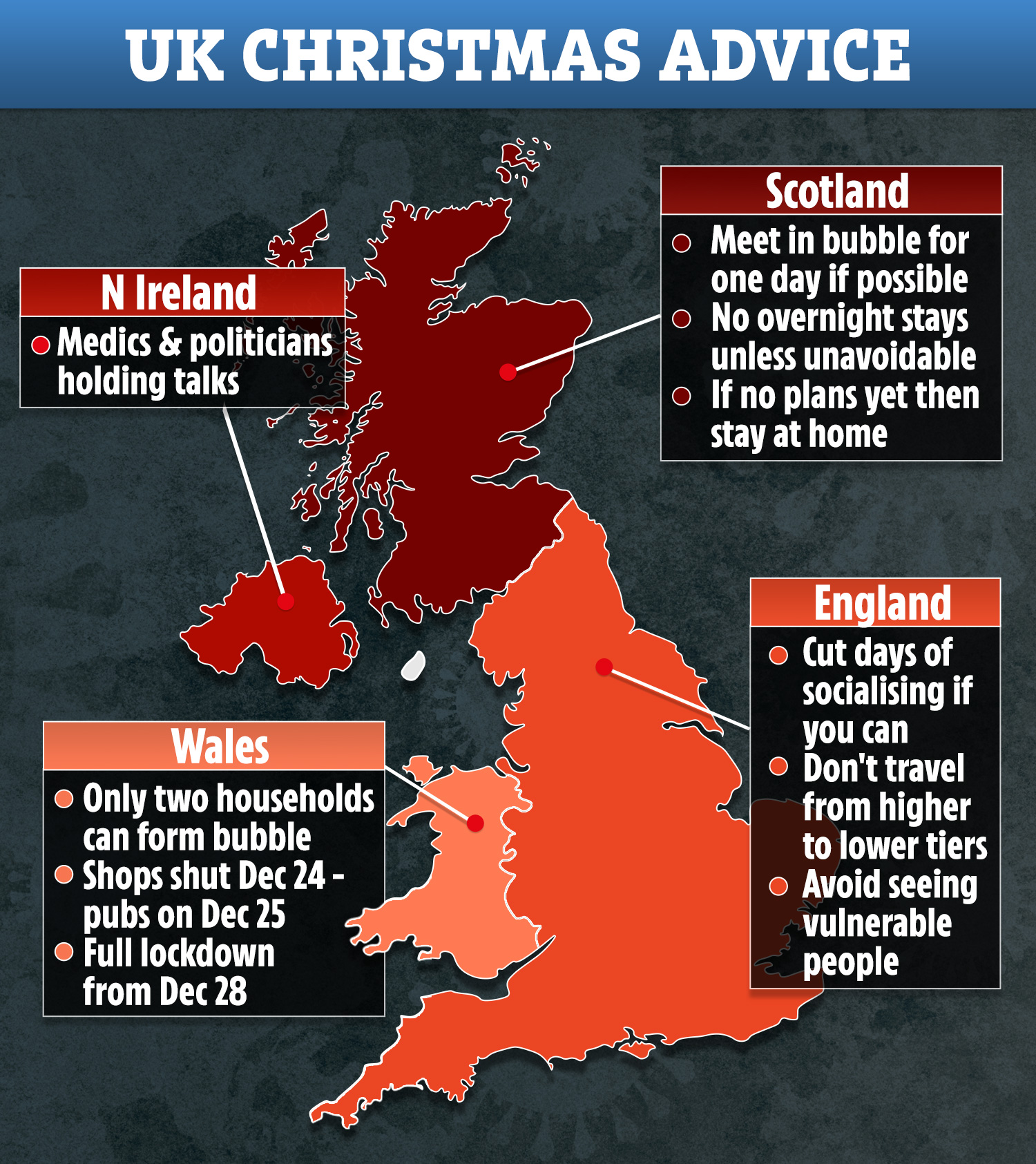 But officials have urged all those in the highest-risk areas – which now include London and much of the south-east – to stay at home if possible.

In total, some 34 million people live in Tier 3 regions.

In guidance issued last night, the Government said: "If you are forming a Christmas bubble, you should consider carefully the risks of travelling at all.

"If you live in an area with the highest level of protection, for example, Tier 3 in England, you should avoid travelling to lower prevalence areas where possible."

The rules for the season – which differ across England, Scotland and Wales – have caused festive headaches for families desperately hoping to see each other.

And yesterday, the UK, Scottish and Welsh governments have issued a rare joint statement warning: "This cannot be a normal Christmas".

Officials want people seeing different bubbles for Christmas to cut all unnecessary social contact from at least the 20th – or earlier if there are plans to meet on the 23rd.

Bubbles must be decided in advance and can't be changed – although Brits can travel between tiers and nations, as long as it's within the rules.

Those in Tiers 1 and 2 can meet friends from outside bubbles – provided it's outside, as per the current rules.

Mr Johnson has advised people to decide on their bubbles by Friday.