WASHINGTON — The Trump administration on Thursday is expected to unveil its rollback of a major offshore-drilling safety regulation, significantly weakening an Obama-era rule that was put in place after the 2010 Deepwater Horizon explosion in the Gulf of Mexico, which killed 11 people and sent 4.9 million barrels of oil gushing into the sea, causing the worst oil spill in American history.

Interior Secretary David Bernhardt, a former oil lobbyist who was confirmed by the Senate last month to head the agency that oversees the nation’s public lands and waters, is expected to announce the plan Thursday afternoon in Port Fourchon, La, the vast industrial hub that serves as the onshore base for most companies that drill in the Gulf of Mexico.

The loosening of safety and environmental regulations on offshore drilling equipment has been a key piece of President Trump’s efforts to ease restrictions on fossil fuel companies as part of what Mr. Trump calls his “energy dominance” agenda.

Mr. Trump called for the loosening of the drilling safety rules in the first months of his administration, and the final plan, which will go into effect later this year, is widely expected to adhere closely to a draft proposal released last September. 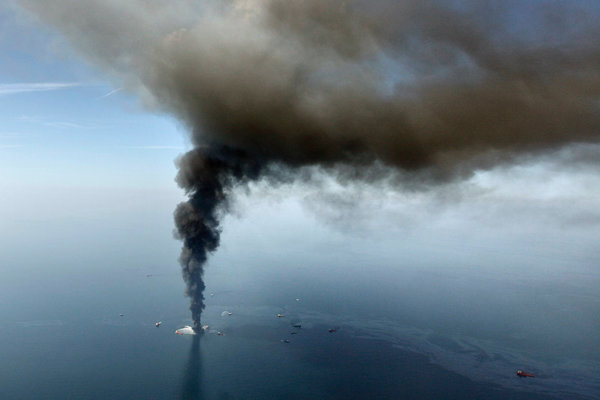 Among other changes, that plan removed a requirement for independent verification of safety measures and equipment used on offshore platforms. It also removed a requirement that oil companies design their equipment to function in “most extreme” scenarios involving weather, high heat, strong winds or high pressure from within the undersea oil wells, which was a key factor in the deadly 2010 Deepwater Horizon blowout.

And it removed a requirement that professional engineers certify the safety of the design of some pieces of offshore drilling equipment for new wells.

That draft rule appeared to reflect many of the requests made by the oil industry, including the American Petroleum Institute, which lobbies on behalf of oil companies. In its public comments on the proposal, the group praised the plan, saying it would further the goal of seeing that “exploration and development is promoted and not unnecessarily delayed or inhibited.”