THE Iranian regime has blasted the US for a "failed plot" over anti-government as it begins cash handouts to quell unrest.

Protests broke out across Iran last week after the government announced dramatic increases in the cost of petrol. 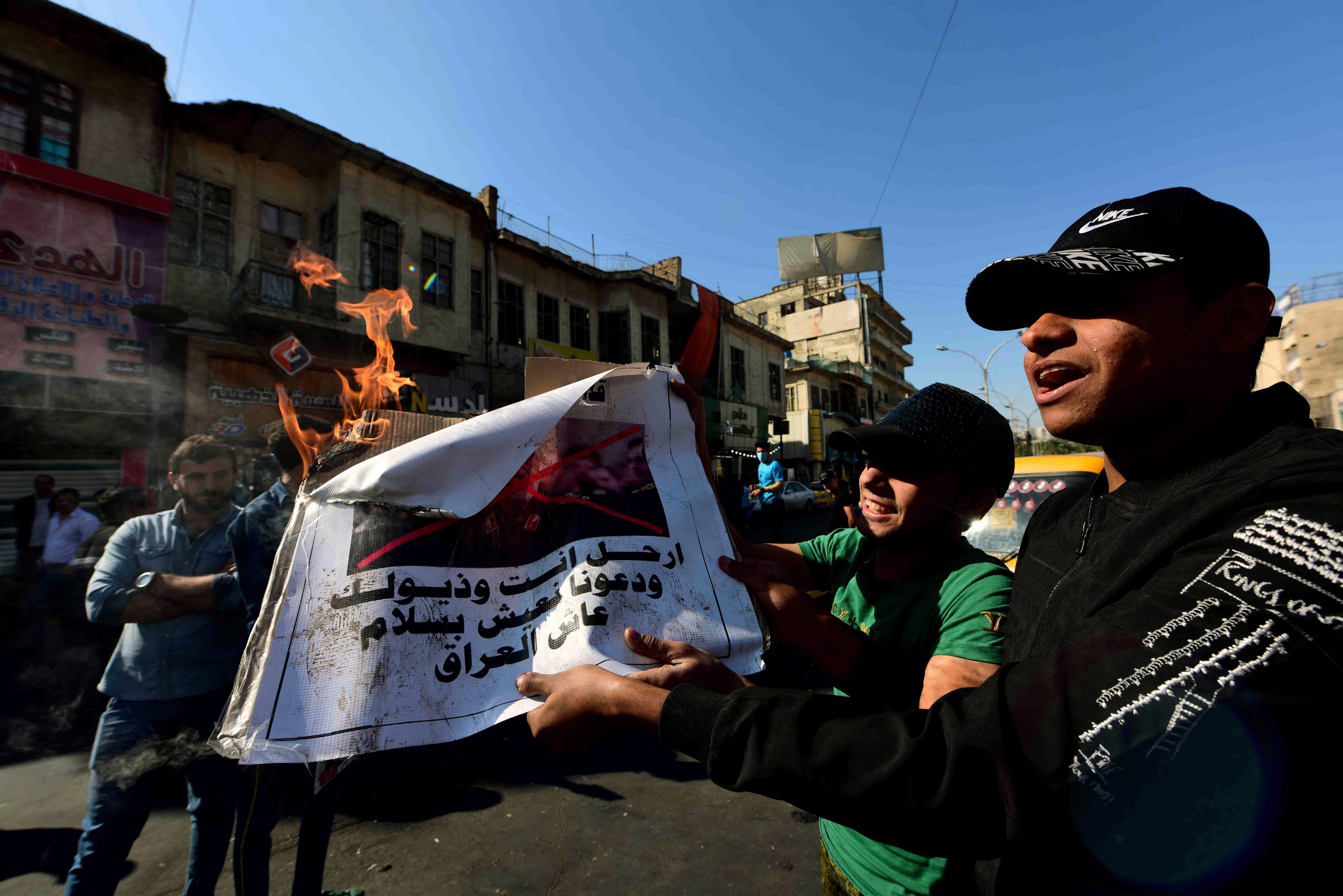 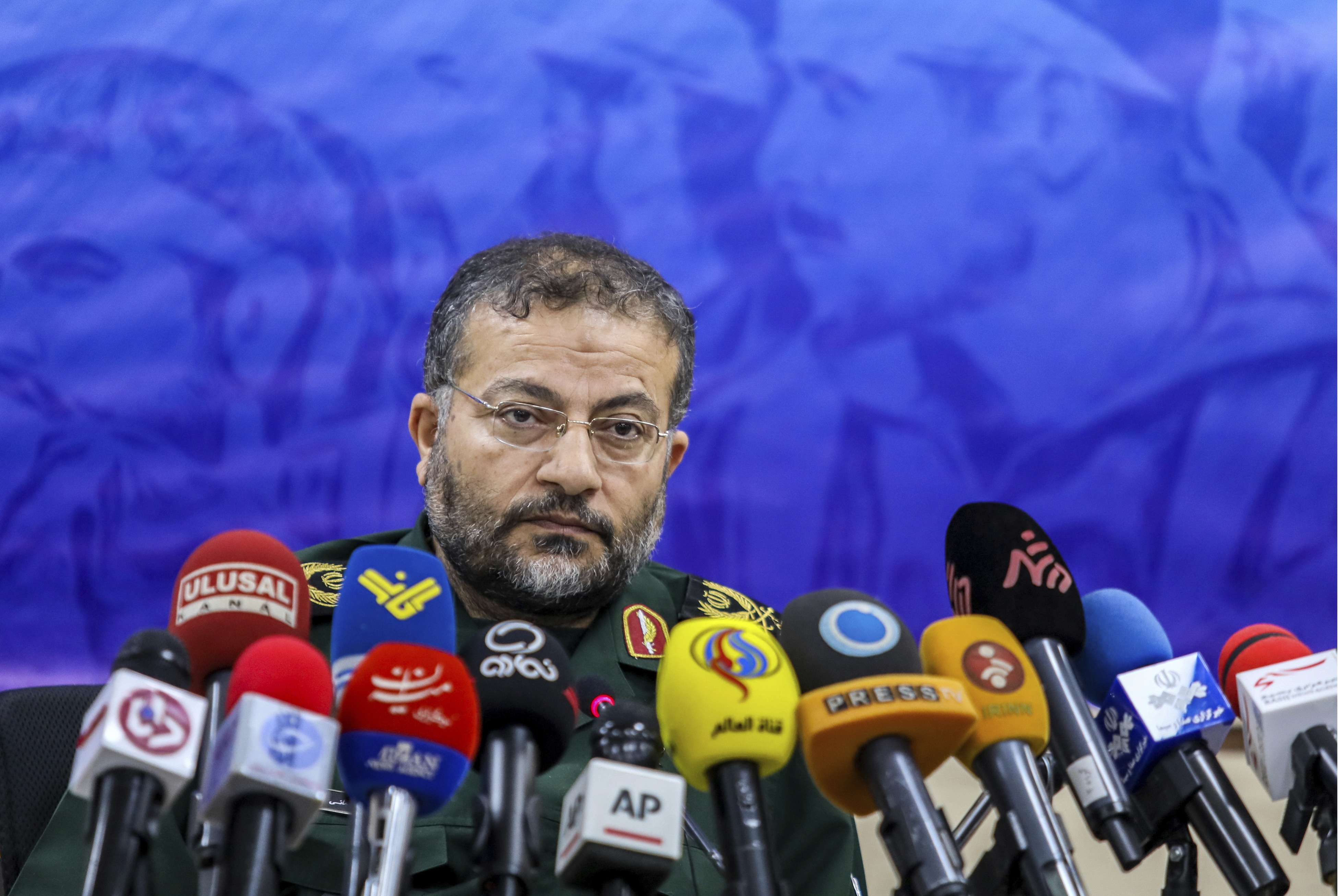 Prices are set to rise by 50 per cent on the first 60 litres purchased each month and 200 percent thereafter.

Announcing the policy on Thursday, the government said it was part of a change in its system of subsidies, but introduced changes without warning and before new subsidies had been received.

Demonstrations over the weekend and throughout Monday saw roads blocked, scores of banks torched, and an unknown number of protesters killed.

A policeman was also reported to have been killed after demonstrators targeted a police station in the western city of Kermanshah.

Internet access has also been blocked, and authorities have announced the arrest of more than 200 people.

The government is now rushing out direct payments to 60 million of Iran's 80 million people in an attempt to bring an end to the protests.

The first round of payments were due to go out on Monday, with another batch on Wednesday and a third on Saturday.

The regime has sought to deflect attention from the cause of the unrest, with Gholamreza Soleimani, a brigadier general in the Basij force of the Iranian Revolutionary Guard, declaring: "America's plot failed."

Government spokesman Ali Raibei also told reporters at a press briefing in capital Tehran on Monday that the situation was "calmer".

"Only some minor problems remain and by tomorrow and the day after, there will remain no riots," he said.

"There have been gatherings in some cities, in some provinces."

Asked about how many casualties had come out of the unrest, he said: "What I can tell you today is that gatherings are about 80 percent less than the previous day."

Ongoing internet blackouts have made it difficult to establish the actual situation on the ground, but a spokesperson for the UN's human rights office said it was feared that dozens have been killed.

Netblocks, a website that monitors internet traffic around the world, tweeted on Tuesday morning: "65 hours after #Iran implemented a near-total internet shutdown, some of the last remaining networks are now being cut and connectivity to the outside world has fallen further to 4% of normal levels."

On the government's response to continuing protests, Raibei said: “If necessary we will take decisive and revolutionary action against any continued moves to disturb the people’s peace and security.”

The regime says its subsidy changes are intended to raise funds for handouts to ease the impact on Iranians of economic sanctions imposed by the Trump administration.

US sanctions on Iran were lifted after the country signed an international agreement regulating its nuclear programme, but were reimposed last year after Donald Trump unilaterally withdrew the US from the agreement.

The sanctions have had a dramatic impact on Iran's GDP, currency, and oil revenues.

The effects already spurred a round of protests late last year, when thousands of steel and other workers took to the street chanting "death to the government" over unpaid wages.

Demonstrations in 2017 over economic stagnation and corruption also saw protesters gunned down by police.