DUBAI (Reuters) – The Revolutionary Guards can take their fight beyond Iran’s borders, the supreme leader said on Friday, responding to the U.S. killing of his country’s most prominent commander and to anti-government unrest at home over the downing of an airliner.

In his first Friday prayers sermon in eight years, Ayatollah Ali Khamenei also told thousands of Iranians who chanted “Death to America!” that European powers could not be trusted in Iran’s nuclear standoff with Washington.

Iran’s nuclear ambitions have been at the heart of a months-long crisis, which briefly erupted in January into tit-for-tat military strikes between Iran and the United States.

“Resistance must continue until the region is completely freed from the enemy’s tyranny,” Khamenei said, demanding that U.S. troops leave neighboring Iraq and the wider Middle East.

Washington’s withdrawal in 2018 from Tehran’s nuclear deal with world powers and the reimposition of U.S. sanctions that have crippled Iran’s economy, led to the latest cycle of hostilities between Washington and Tehran, which have been at odds since the 1979 revolution toppled the U.S.-backed shah.

U.S. President Donald Trump ordered the killing in a drone strike on Jan. 3 of Qassem Soleimani, commander of the Quds Force, a unit of the Guards responsible for expanding Iran’s influence abroad. He built up regional militias that Washington has blamed for attacks on U.S. forces.

Iran responded with missile strikes on U.S. targets in Iraq on Jan. 8, injuring although not killing U.S. troops.

“The fact that Iran has the power to give such a slap to a world power shows the hand of God,” said Khamenei, in a reference to the strikes, adding that the killing of Soleimani showed Washington’s “terrorist nature”.

The Quds Force “protects oppressed nations across the region,” Khamenei said. “They are fighters without borders.”

In the tense aftermath of Iran’s missile strikes on U.S. targets when Iranian forces expected U.S. reprisals, the Guards’ air defenses shot down a Ukrainian airliner in error, killing all 176 people on board, mostly Iranians or dual nationals.

It took days for the Guards, which answer directly to Khamenei, to admit their mistake, even though a commander said he had told the authorities about the cause the same day. The delay sparked protests across Iran, sometimes meeting a violent crackdown.

Trump sent tweets in Farsi and English to support the demonstrators, drawing a sharp response from Khamenei.

“These American clowns who lie and say they are with the Iranian people should see who the Iranian people are,” he said in his sermon, telling Iranians to unite and show solidarity by turning out in numbers in a February parliamentary election. 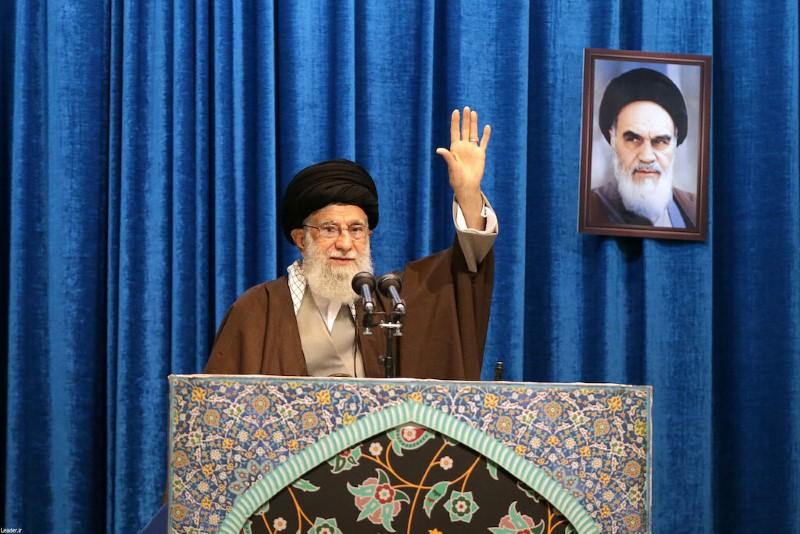 Khamenei called for national unity and said Iran’s “enemies” had tried to use the downing of Ukraine International Airlines flight 752 to shift attention from the killing of Soleimani.

Most of those on the flight were Iranians or dual nationals. Canada, Ukraine, Britain, Sweden and Afghanistan, which all had citizens on the flight, have demanded compensation and a thorough investigation into what happened.

Khamenei described the crash as a tragedy, but stopped short of a direct apology although the Guards and other officials have issued profuse apologies since the incident. The supreme leader also called for steps to ensure there was no repeat.

The funeral of Soleimani, long portrayed as a national hero in Iran but seen by the West as a ruthless adversary, had brought huge numbers of Iranian mourners to the streets.

But scenes of mourning for Soleimani were followed by four days of protests over the plane disaster, when demonstrators chanted “Death to Khamenei” and scrawled it on walls. “Clerics get lost,” they shouted, as protests spread to several cities.

To quell the demonstrations, riot police were sent onto the streets in force, lining up outside universities that were a focus for the protests. Video footage online showed protesters were beaten and also recorded gunshots and blood on the streets.

Iran’s police denied firing at protesters and said officers had been ordered to show restraint.

In the bloodiest unrest the country has seen since 1979, Iranian authorities two months ago suppressed protests that erupted over sharp fuel price hikes, which have added to the suffering of ordinary Iranians already hurt by U.S. sanctions. 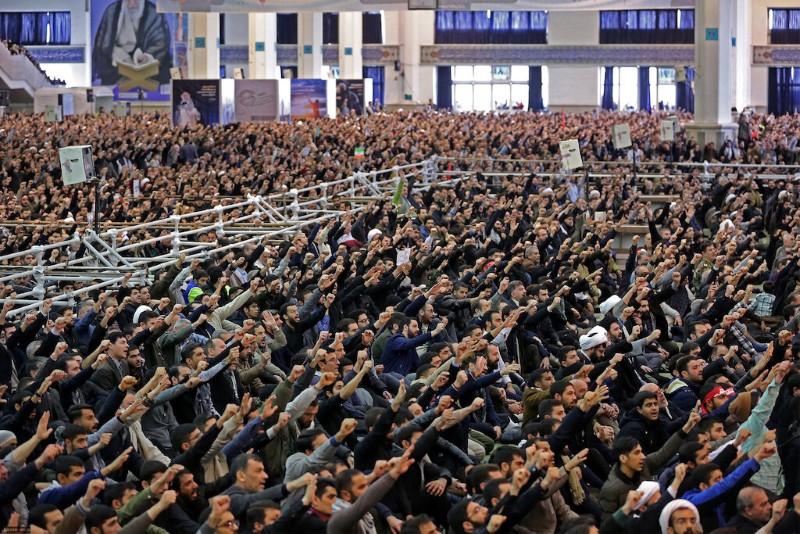 In reaction to Washington’s “maximum pressure” policy, Tehran has gradually scaled back on commitments to the nuclear deal, including lifting limits on its uranium enrichment.

Britain, France and Germany , which have been trying to salvage the pact, have subsequently launched the deal’s s dispute mechanism over Iran’s violations, starting a diplomatic process that could lead to reimposing U.N. sanctions.

“These European countries cannot be trusted. Even their negotiations with Iran are full of deceit,” Khamenei said.