IRAN has released images and film of underground 'missile cities' packed full of rockets and explosives as tensions in the Middle East reach fever pitch.

Images of massive hidden bases dotted all over the Islamic republic show thousands of missiles ready for launch from the secret bunkers ready to be used if "enemies make a mistake". 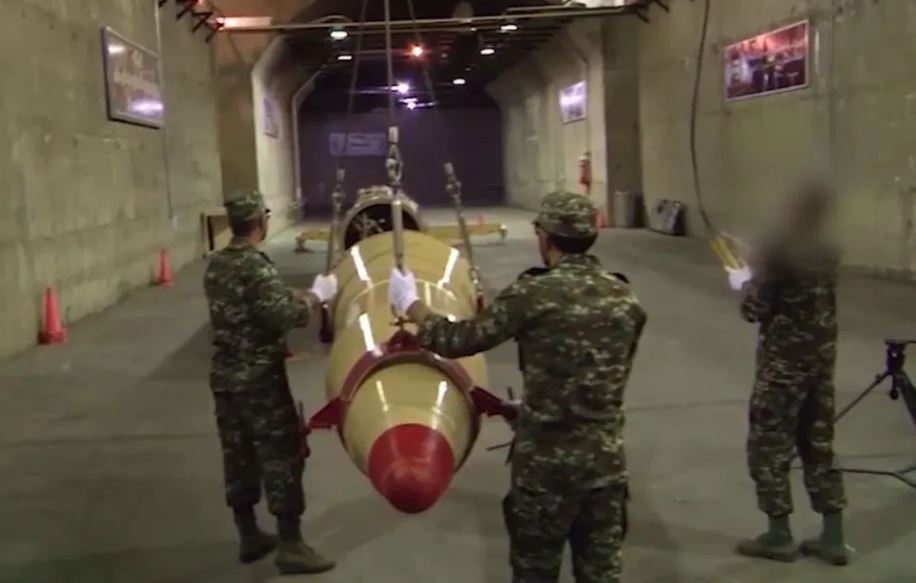 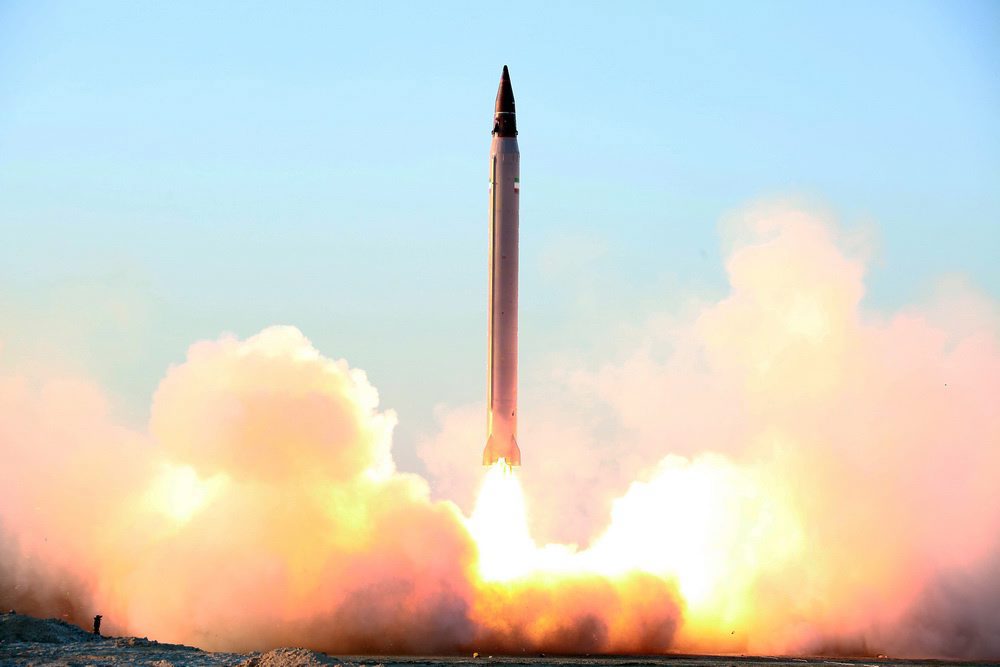 The images come in the wake of a serious missile attack against two UK and US bases last week, with Iranian generals warning that 'a tsunami will sweep away all US bases'.

Iran has been making serious and increasingly extreme threats against the US following the January 3 assassination of their top general, Quasem Soleimani.

Since then, Iran has put an $80 million bounty on Trump's head and accidentally downed a passenger plane that was leaving Tehran, killing all 176 on board including four Brits. 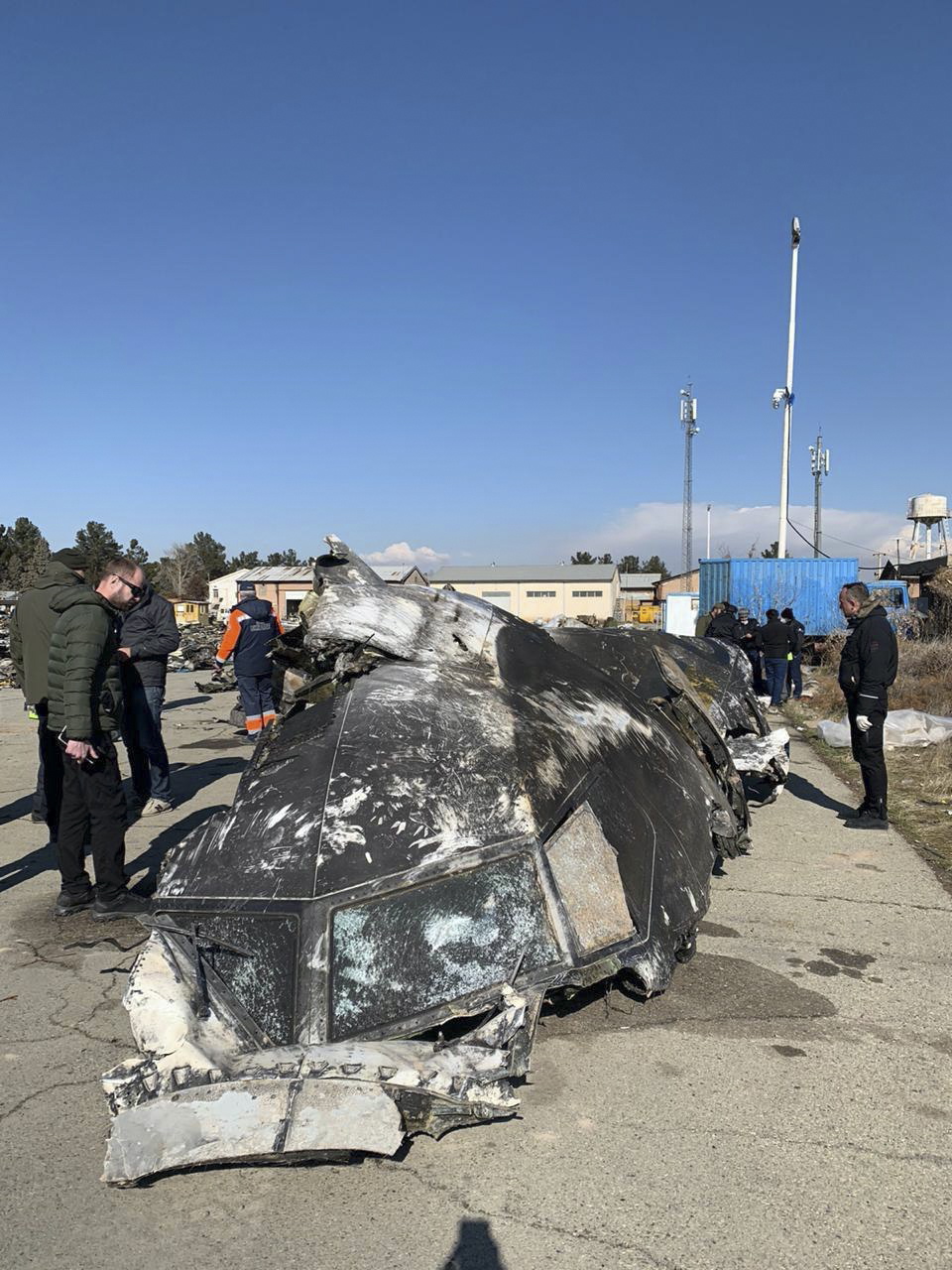 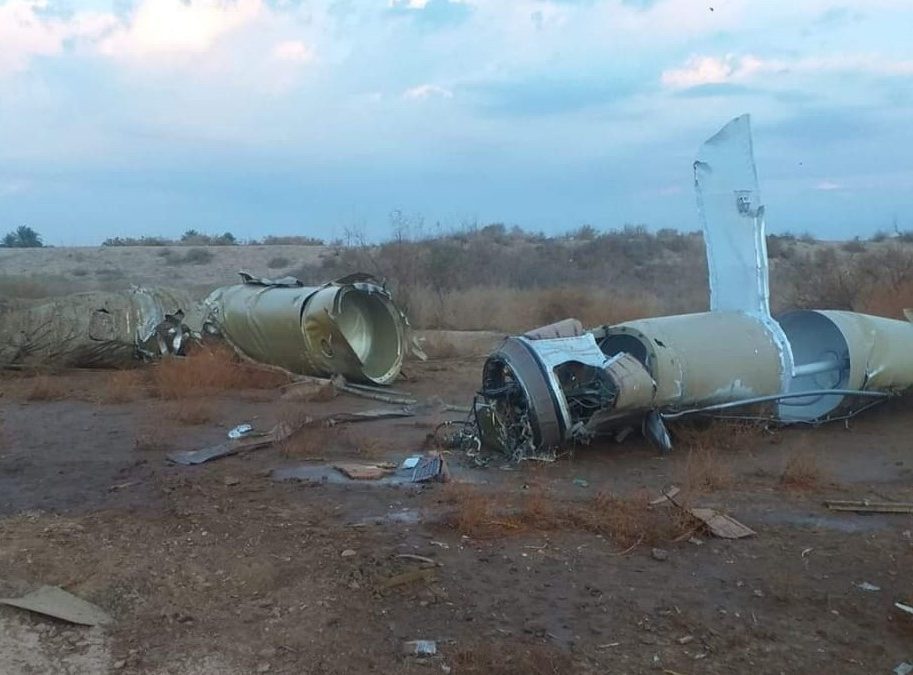 Brigadier General Amir Ali Hajizadeh, commander of the Islamic Republic’s Revolutionary Guards’ aerospace division, told reporters on Thursday that even killing Trump in revenge would not be enough.

He said: “Even if we attack every US base, kill Trump and kill his Secretary of Defense that would not be enough to avenge the blood of Hajj Qasem (Soleimani).”

“Trump is a deserter from the Vietnam War. Who the hell is he to threaten us? He must order many coffins for his soldiers before making any threats.

“Anyone can light the match but it will be us who will end the war and the losers in that war will be the Americans.”

However, in spite of fiery rhetoric from both sides, things appear to be de-escalating as fears of World War 3 have been spiking on social media and Google all month.

Hajizadeh previously broadcast footage of the largest underground base on Iranian TV.

The entrance to Code 7500, which lies in Khojir, Tehran, is hidden under a number of narrow winding roads, which run across mountainsides in the province.

Hajizadeh previously said: “If enemies make a mistake, missile bases will erupt like a volcano from the depth of earth.”

Pictures show the underground military base constructed with reinforced concrete and packed with rockets. 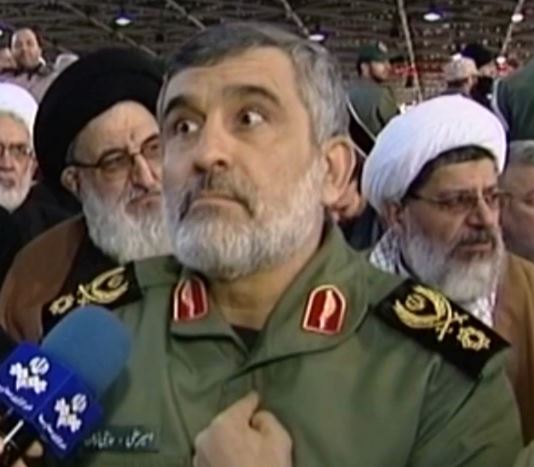 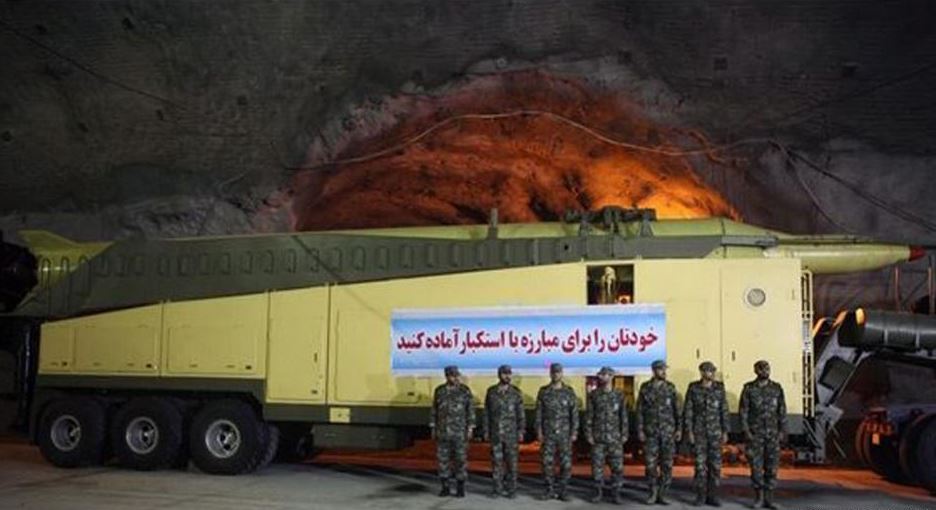 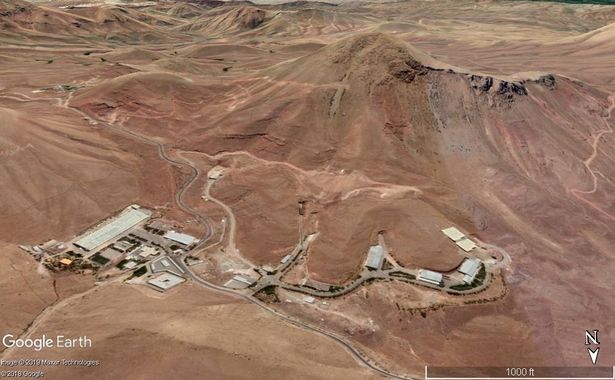 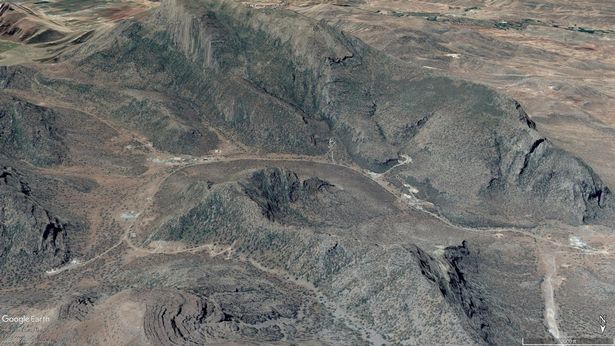 Iranian TV footage shows a number of missile components appearing to belong to the Qiam-1 ballistic missile system, which has a range of about 400 miles.

The regime’s henchmen are then seen assembling them in one of the underground base’s launch rooms.

Once fitted together, the missile is launched and is seen soaring skywards.

Code 7500 is said to be the site for the construction of Iran's renowned Shahab 3 medium-range missiles.

The Shahab, known as the 'Shooting Star' can launch explosive chemical warheads of up to 186 miles, according to reports.

It has been claimed Iranian officials purchased the missiles from North Korea, who constructed the weapon solely to blast the United States from the Korean Peninsula.

The Lar garrison base lies in Western Iran, which also has an entrance that disappears into the mountainside, the Star on Sunday reported.

NCRI sources told the newspaper it is a "sprawling tunnel complex" that is "highly protected and secure".

In a bid to maintain the tightest security, mobile phone signals are reportedly blocked off for miles surrounding it.

The Queshm Missile Centre lies on the Iranian coast, understood to be hidden under around five layers of concrete. 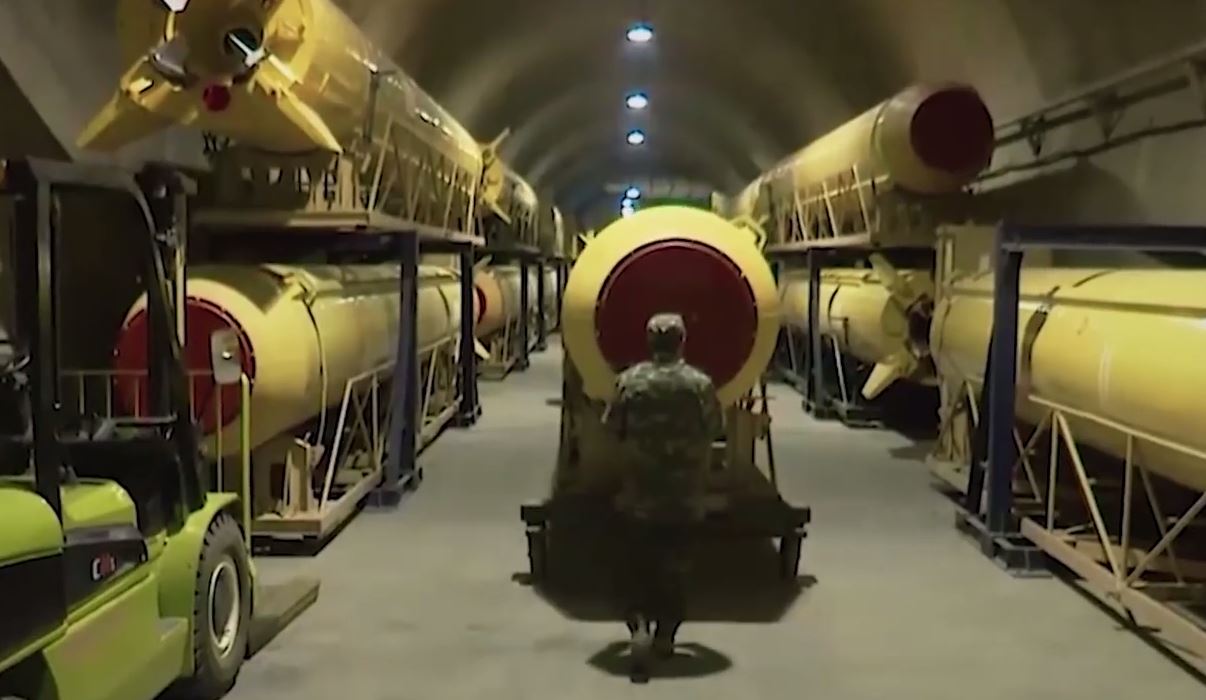 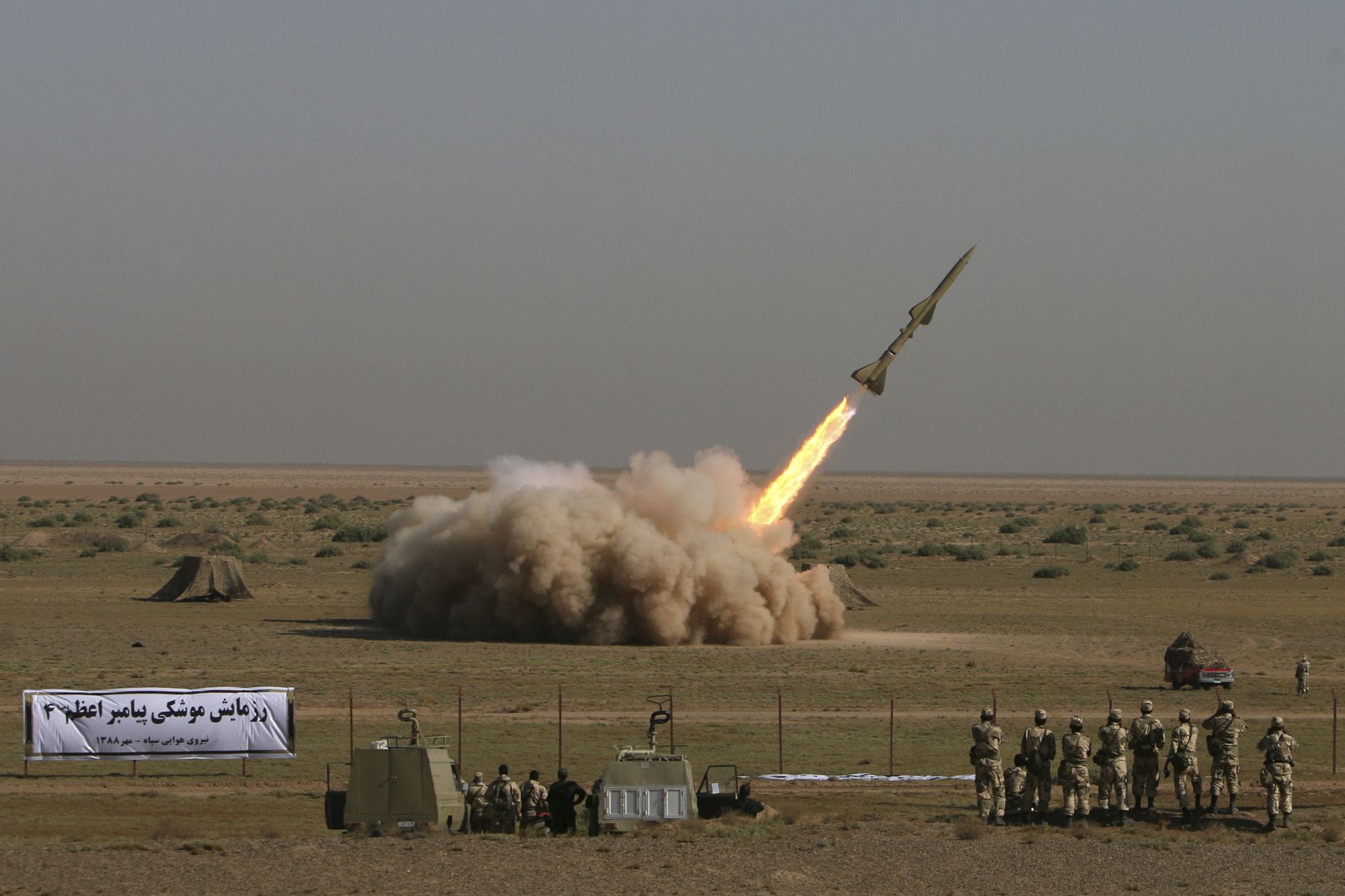 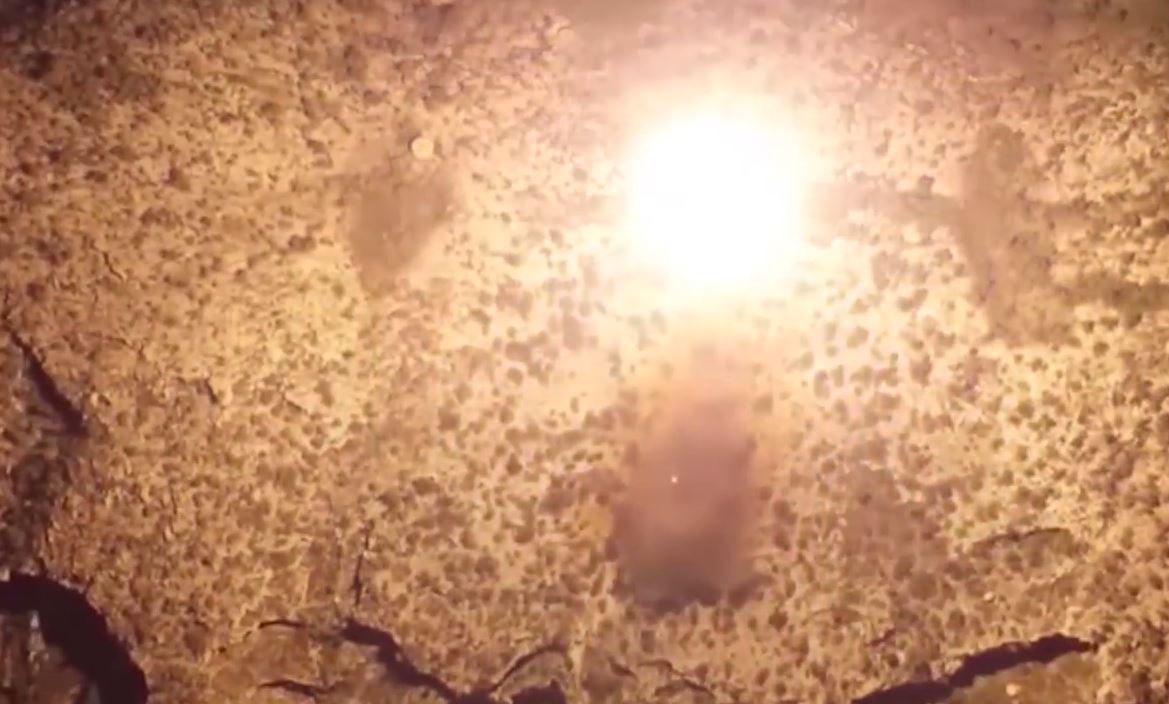 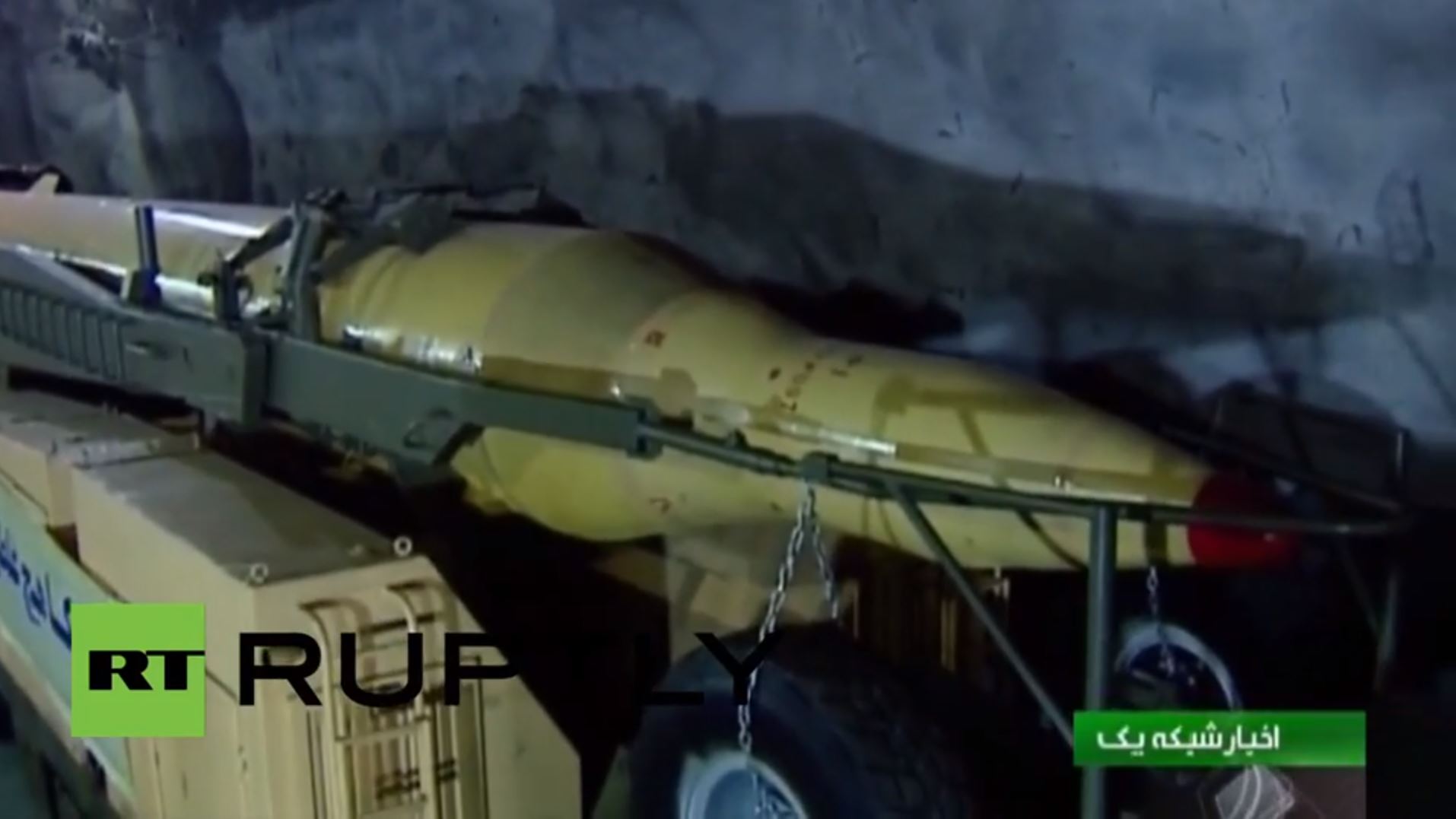 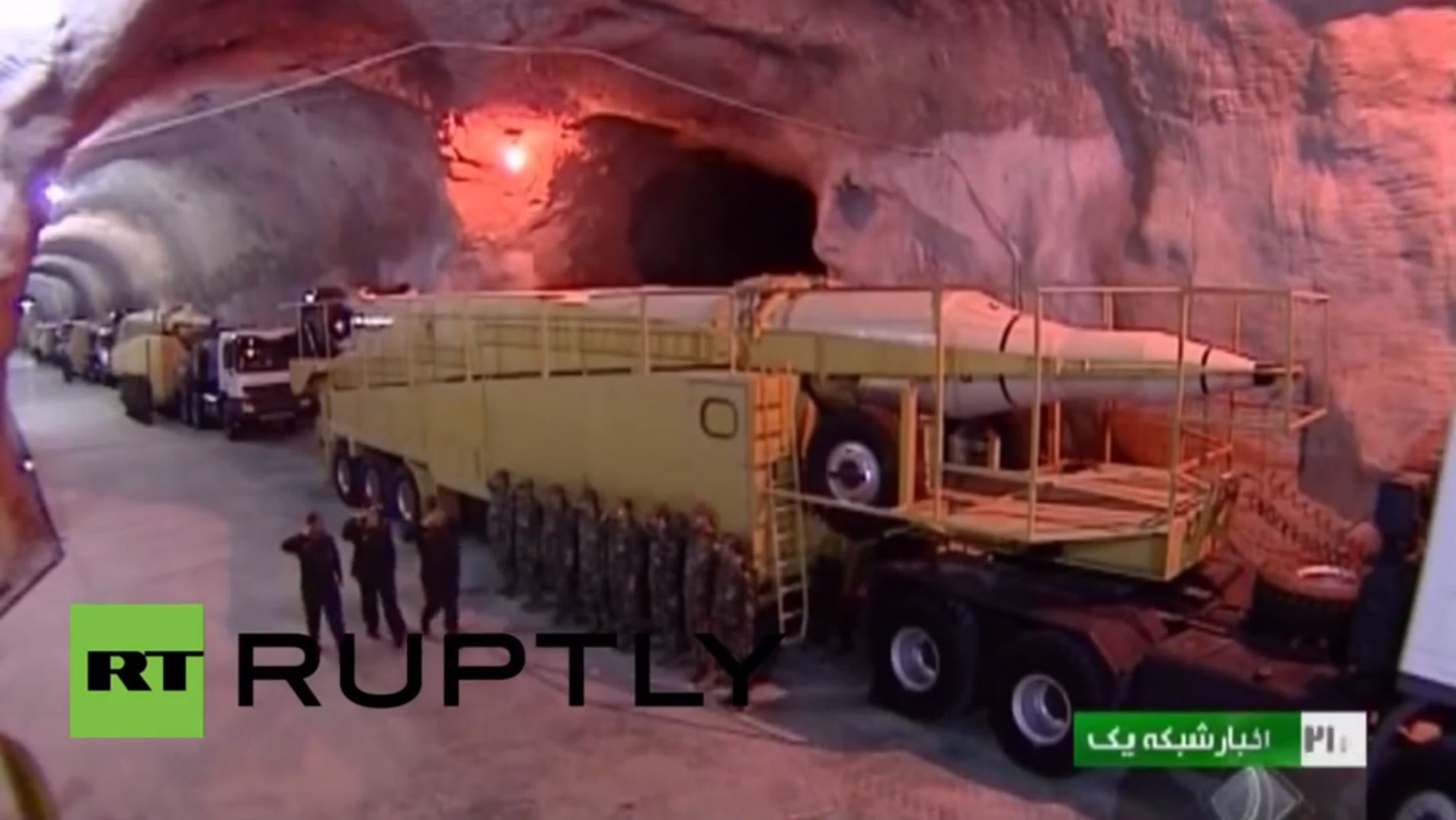 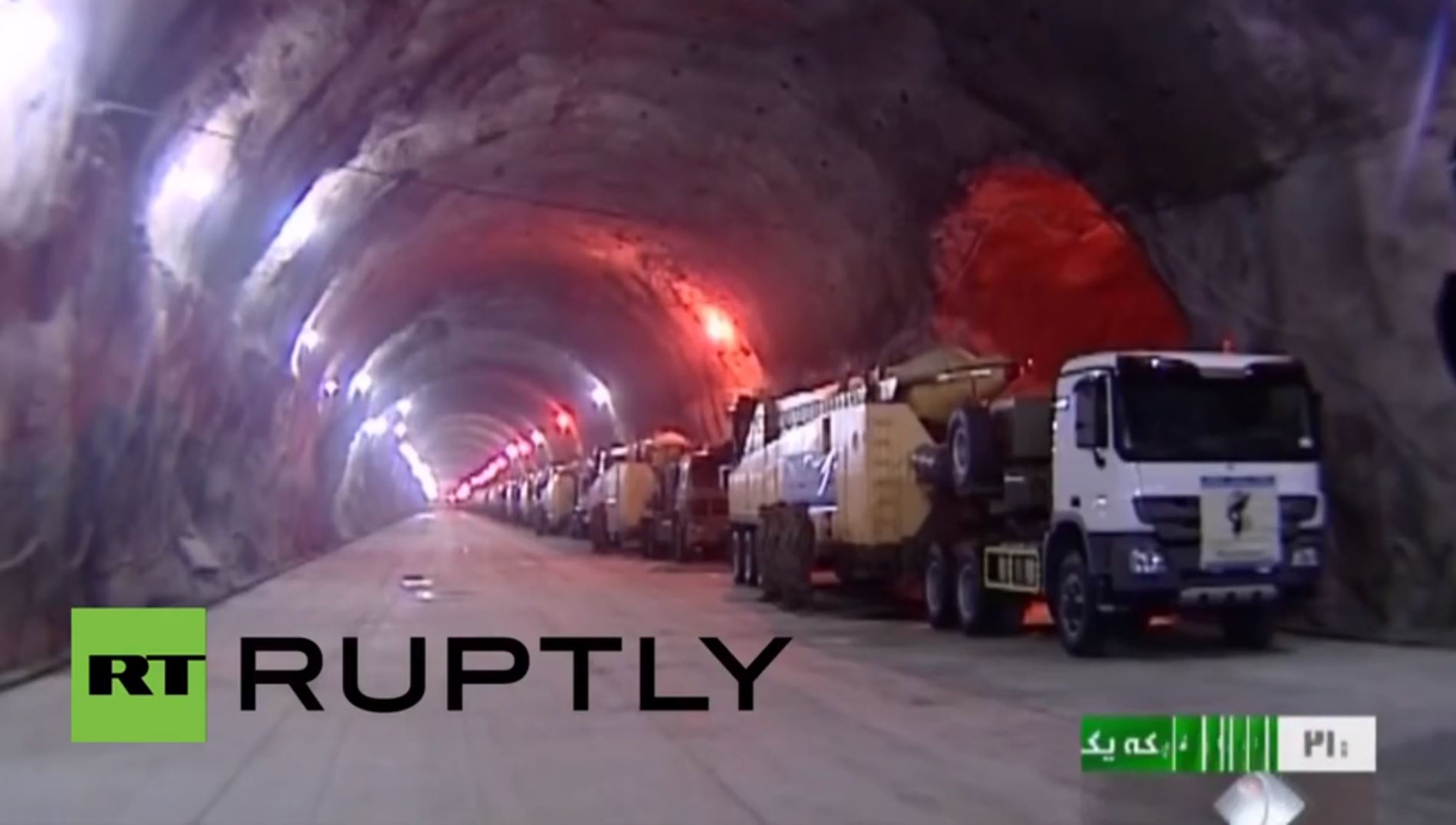 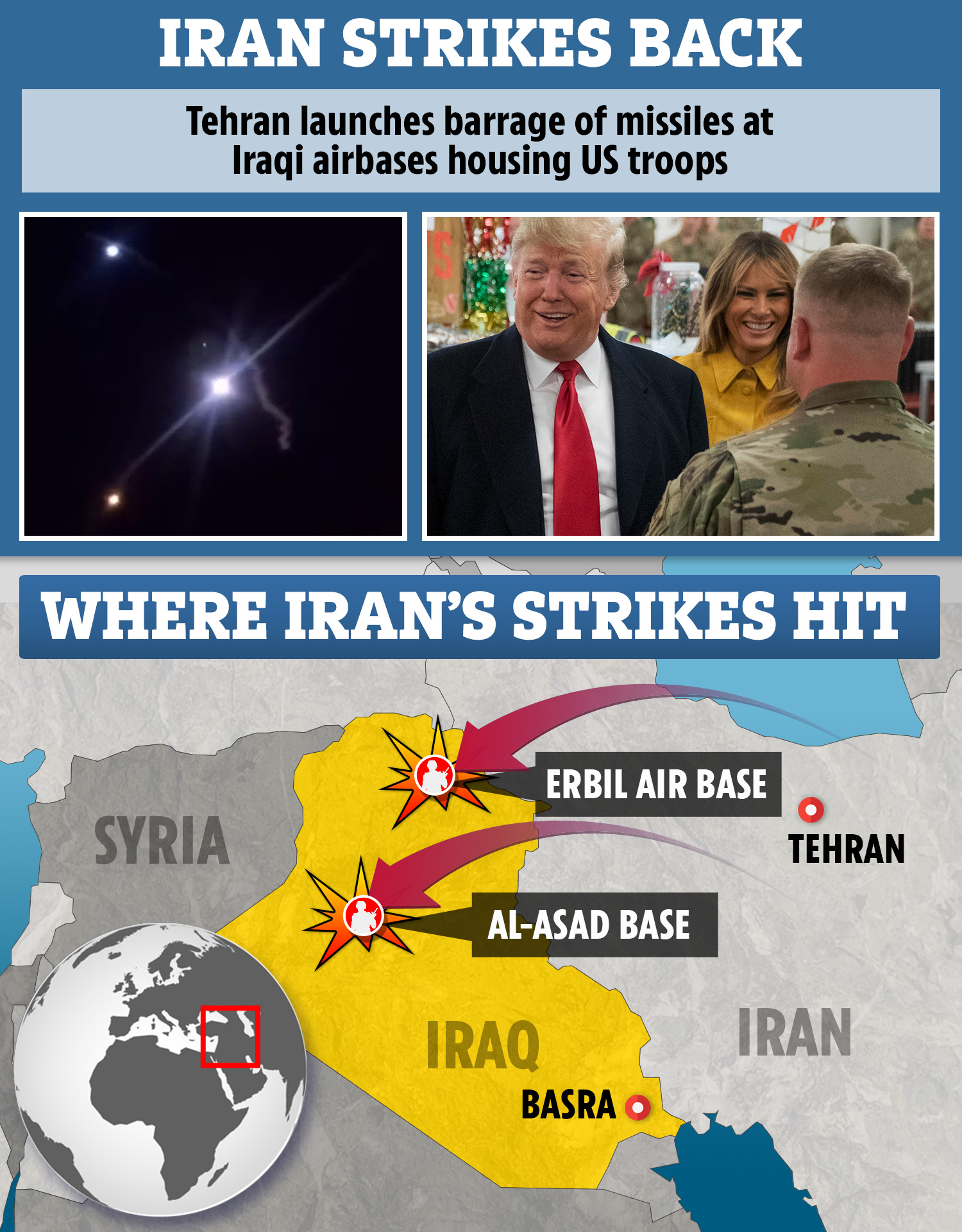