Initial reports from Iran’s semi-official ILNA news agency suggested the vessel was now under the control of the Islamic Republic’s elite military group in an apparent show of defiance against a US. Washington has issued a warrant to seize the tanker on the grounds that it had links to the Revolutionary Guards which it has deemed a terrorist organisation. But ILNA quickly corrected the reports and insisted the tanker had been leased to an Iranian shipping firm.

The Grace 1, renamed Adrian Darya after the seizure, is leased to one of Iran’s shipping lines

In a statement it said: “The Grace 1 vessel, renamed Adrian Darya after the seizure, is a Korean-made oil tanker owned by Russia which is currently leased to one of Iran’s shipping lines.”

The comment came in an ILNA interview with the head of the Revolutionary Guards’ navy, Alireza Tangsiri who declared: “The Adrian Darya vessel needs no escort.”

US Secretary of State Mike Pompeo warned Washington would take every action it could to prevent the tanker sailing in the Mediterranean from delivering oil to Syria in contravention of US sanctions. 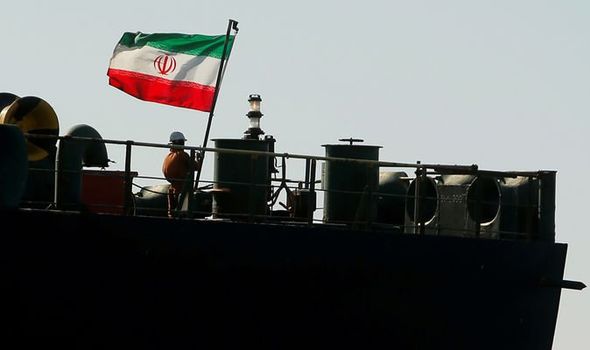 Iran has denied the tanker was ever headed to Syria.

“If that ship again heads to Syria we will take every action we can consistent with those sanctions to prevent that.” 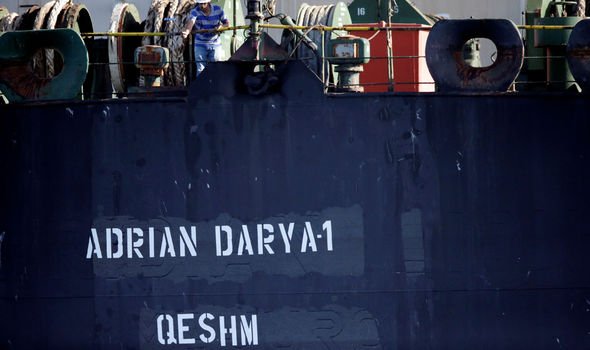 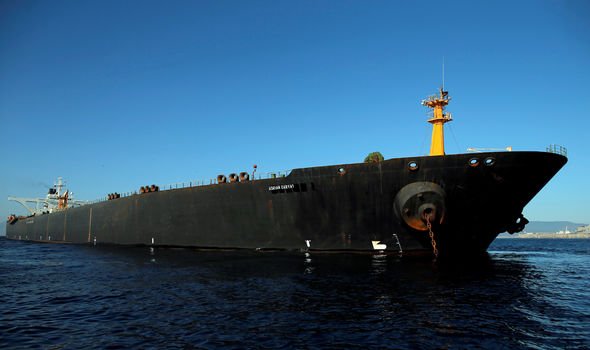 The Adrian Darya left Gibraltar on Sunday and ship-tracking data showed the vessel was heading toward the Greek port of Kalamta although officials in Athens have already said they will not provide assistance to the the tanker, which is carrying 2 million barrels of crude oil.

Deputy Foreign Minister Miltiadis Varvitsiotis said: “We have sent a clear message that we would not want to facilitate the trafficking of this oil to Syria in any instance.”

Mr Varvitsiotis said Greece did not have the port facilities to accommodate such a large ship, but did not discount the possibility that it could drop anchor in Greek territorial waters.

He said: “This is a VLCC, a very large crude carrier. There is no Greek port that could accommodate a VLCC.” 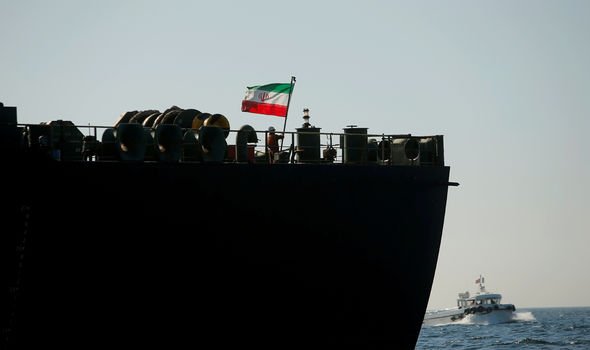 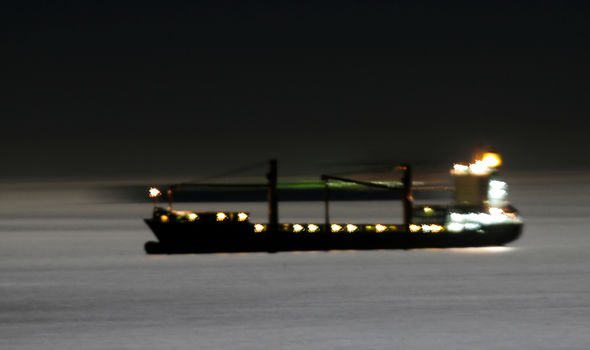 The Deputy Foreign Minister added US officials had contacted their Greek counterparts to discuss the matter and stressed Greece was not prepared to endanger its relations with the US by helping the Iranians.

Asked what would happen if the vessel entered Greek territorial waters and dropped anchor, he said: “In that case we will see what will happen.”

Mr Varvitsiotis said the Iranian government had not been in touch with Greek authorities. 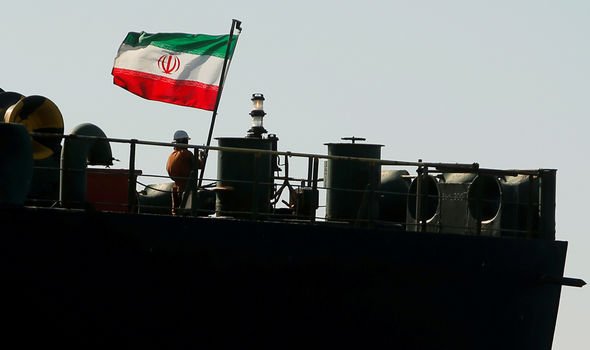 Separately, Tehran said an Iranian oil tanker had broken down in the Red Sea but said the crew was safe and repairs were underway.

The report identified the disabled tanker as HELM. A vessel with the same name is on a list of individuals, companies and vessels that are subject to US sanctions, according to the US Treasury’s website.