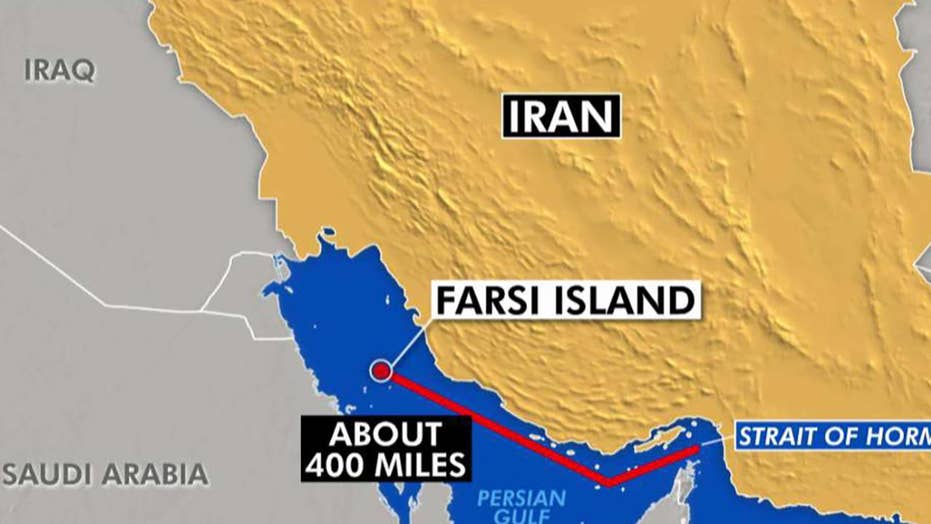 The U.S. Navy 5th Fleet was aware of the report but declined further comment, Cmdr. Joshua Frey, a spokesman, said.

In Manila, the Philippines' Department of Foreign Affairs said it was checking out the report.

The tugboat was suspected of carrying nearly 284,000 liters of diesel when it was seized near the Strait of Hormuz, Reuters reported quoting Iran state television.

The report did not say what national flag the vessel was flying, according to Reuters.

Iranian media reports 10 million liters of fuel are smuggled out of the country daily.

The seizure comes amid heightened tensions in the region sparked by the U.S. government’s decision in May to exit the 2015 nuclear deal with Tehran.

In July, Great Britain detained an Iranian tanker near Gibraltar suspected of shipping oil to Syria in violation of European Union sanctions.

Two weeks later, Iran seized a British oil tanker near the Strait of Hormuz for alleged marine violations, according to Reuters.

The Iranian tanker was later released. Iran this week freed seven of the 23 crew members of the British-flagged tanker, Reuters reported.

Tensions have also been exacerbated by mysterious attacks on oil tankers in the Strait of Hormuz and the downing of a U.S. military surveillance drone by Iran.

Meantime, the U.S. Transportation Department's Maritime Administration issued on Saturday a new warning to shippers about a potential threat off the coast of Yemen in the southern Red Sea.

"A maritime threat has been reported in the Red Sea in the vicinity of Yemen," the warning read. "The nature of the event is potential increased hostilities that threaten maritime security."

Large areas of war-torn Yemen are held by the country's Houthi rebels, which are allied to Iran. Shipping in the Red Sea has been targeted previously by rebel attacks. On Wednesday, a warning went out after two small boats followed one ship in the region, but there's been no other information about a new threat there.