A rocket landed near the US Embassy in Bagdad overnight causing no injuries.

The missile is believed to have been fired from the East Baghdad – an area which is home to Iran-backed Shiite militias.

While the Whitehouse is still awaiting a full briefing on the perceived attack, Donald Trump tweeted: “If Iran wants to fight, that will be the official end of Iran.” 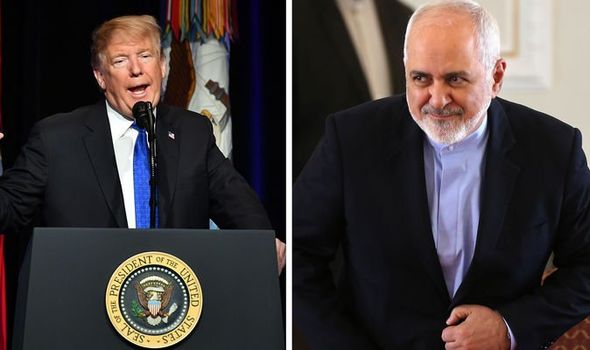 The relationship between the US and Iran has deteriorated since Trump withdrew from the nuclear deal between Iran and world powers last year.

Since then the US president has reimposed sanctions that have harmed Iran’s economy.

While President Trump has said he wished to avoid a war with Iran, it seems he won’t hesitate to take action if America is directly attacked. 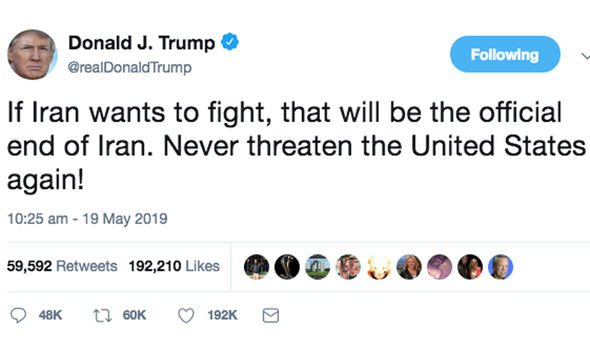 In a Fox News interview on Sunday, Trump said he was not seeking a conflict with Iran vowed not to let it develop nuclear weapons.

Iranian officials have also said they are keen to avoid a conflict.

Iran’s Foreign Minister Mohammad Javad Zarif told the Middle East country’s state news agency Irna: “There will not be a war since neither we want a war nor does anyone have the illusion they can confront Iran in the region.”

But in reaction to Trump’s latest tweet on the topic, Zarif tweeted back: “Goaded by #B_Team, @realdonaldTrump hopes to achieve what Alexander, Genghis & other aggressors failed to do. 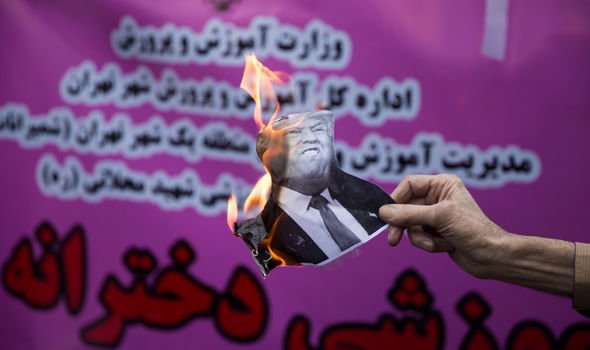 The UK Foreign Secretary urged Iran not to provoke the US in a statement on Monday.

Jeremy Hunt said: “I would say to the Iranians: Do not underestimate the

resolve on the U.S. side.

“They don’t want a war with Iran. But if American interests are attacked, they will retaliate. And that is something that the Iranians needs to think about very, very carefully.”

Since the US withdrew from the Iran nuclear deal, Tehran has demanded European signatories to the nuclear accord to find a way of keeping the agreement alive.

Tehran has warned that unless the accord is maintained it will start enriching uranium at levels sufficient to pursuing a nuclear weapons program.