But it was thwarted by the quick actions of a GCHQ listening station in Cyprus in informing the FCDO, which promptly dismissed the claims. Whitehall officials were forced to act fast last Sunday after being informed of the broadcast on Iranian state television which boasted that the deal had been made, citing unnamed regime sources.

At stake was the fate of two people: an Iranian intelligence officer with sympathies to the West, and a Western agent, believed to be French.

Under the terms of a secret protocol, the two would have met at a prearranged location in Tehran to verify details of any announcement of Mrs Zaghari-Ratcliffe’s release from prison.

And it was at that meeting that Iranian officials would have pounced, arresting both and adding another scalp to their list of prisoners.

Acting quickly, however, FCDO officials were able to use backchannels to communicate to the agent that the news was deliberate mis-information, and the meeting did not take place.

“This plan which might have succeeded but for the quick denial on Sunday by the Foreign Office that no money had been agreed for the release of Nazanin,” said an intelligence source, last night.

“The Iranian official has assisted Western Intelligence agencies over a lengthy period and an arrest would have had serious consequences for others in Iran.”

One example, the source said, involved the 2019 smuggling to Britain and then to the US of a 47-year-old nuclear technician, reported by the Sunday Express. 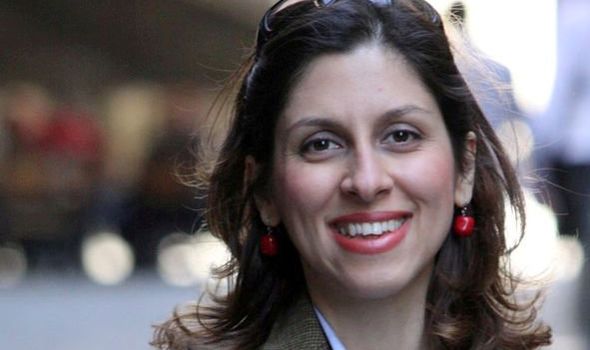 “But if this is true, it was a poorly conceived plan – it’s collateral damage and demonstrates poor trade craft from Iran’s own intelligence services.”

Indeed, Iran has suffered from a series of “own goals” in the past three years.

Last week lawyers for the regime’s former European spy chief , Assadollah Assadi, confirmed they would not be appealing a 20 year prison sentence for his role in masterminding a botched bomb plot in 2018.

Though working under the cover of Third Consul at Iran’s Austrian embassy in Vienna, Assadi was actually European bureau chief for the Iranian Ministry of Intelligence and Security.

Yet the plot to blow up an NCRI Free Iran rally in Paris was intercepted after a series of spectacularly amateurish blunders.

These included not realising the operation had been compromised despite being stopped by police in Luxembourg during a supposedly routine operation and having his photo taken shortly after delivering the explosives to accomplices at a Pizza Hut restaurant.

He was also out of Austria at the time of his arrest thereby denying him diplomatic immunity, and was caught carrying notebooks with copious hand written details of his entire spy network across Europe and operational plans of the bomb plot.

Following the decision not to appeal Assadi’s conviction NCRI president-elect Maryam Rajavi urged the EU to blacklist the clerical regime’s Ministry of Intelligence and the Revolutionary Guards, adding: “The terrorist conspiracy at Villepinte, France, and the Antwerp court’s verdict showed that we are facing a case of state-organised terrorism emboldened by four decades of appeasement vis-a-vis the clerical regime.”

Iran claims it is owed £400m by Britain for the purchase of 1,500 Chieftain tanks in the 1970s which were not delivered because of the Islamic Revolution which toppled him.

Addressing the issue last week foreign office minister James Cleverly said that, while negotiations were ongoing, payment would never be attached to the release of prisoners.

“The reports that we had over the weekend linking work with military contracts 9n the 1970s to the incarceration and the arbitrary detention of British dual nationals I think was completely inappropriate – they are separate issues – one massively predates the other.”

Mrs Zaghari-Ratcliffe, is a British-Iranian citizen whose husband Richard and daughter Gabriella are based in the UK.

Last month she was sentenced to another year in jail after finishing a five-year sentence on spying charges following her detention in 2016.