Less than 24 hours after Johnson unveiled his proposal for an all-island regulatory zone to prevent a hard border and physical customs checks between Northern Ireland and the Republic of Ireland, Ireland's Prime Minister Leo Varadkar said for the first time his country "may have to live with a no-deal [Brexit] for a period of time." 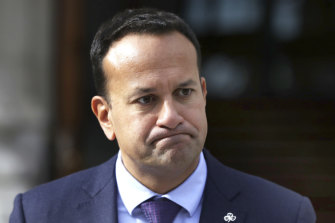 Varadkar welcomed Johnson's offer made on Wednesday at the Conservative Party conference but said the customs arrangements and a clause to allow Northern Ireland's assembly veto over future regulatory arrangements could not be accepted by Ireland.

"No party – not my party, not Sinn Fein, not the DUP – should be in the position to veto what will be the will of the majority in Northern Ireland and Ireland," Varadkar said on Thursday, after meeting Swedish Prime Minister Stefan Lofven in Stockholm.

"Today I had two phone calls on Brexit, first with Dublin then with London," Tusk tweeted.

"My message to Taoiseach Leo Varadkar: we stand fully behind Ireland. My message to PM Boris Johnson: We remain open but still unconvinced."

Earlier, Johnson told the Commons that Britain had shown "great flexibility" with its offer.

"If our European neighbours choose not to show a corresponding willingness to reach a deal then we shall have to leave on October the 31st without an agreement and we are ready to do so," he said.

If the EU and Britain fail to reach an agreement, that leaves Johnson in the position of having to circumvent a law passed by the Commons, forcing him to seek an extension rather than have the UK crash out of the single market on October 31.

Government ministers say they know a way to get around the law although will not reveal that method.

Johnson has said he will not countenance a third delay to Brexit, saying the country wants the 2016 referendum result honoured so the country can move on.