LONDON (Reuters) – Britain and the European Union are not yet close to a Brexit deal that could resolve the Irish border riddle and London needs to come up with serious proposals, Ireland said on Friday. 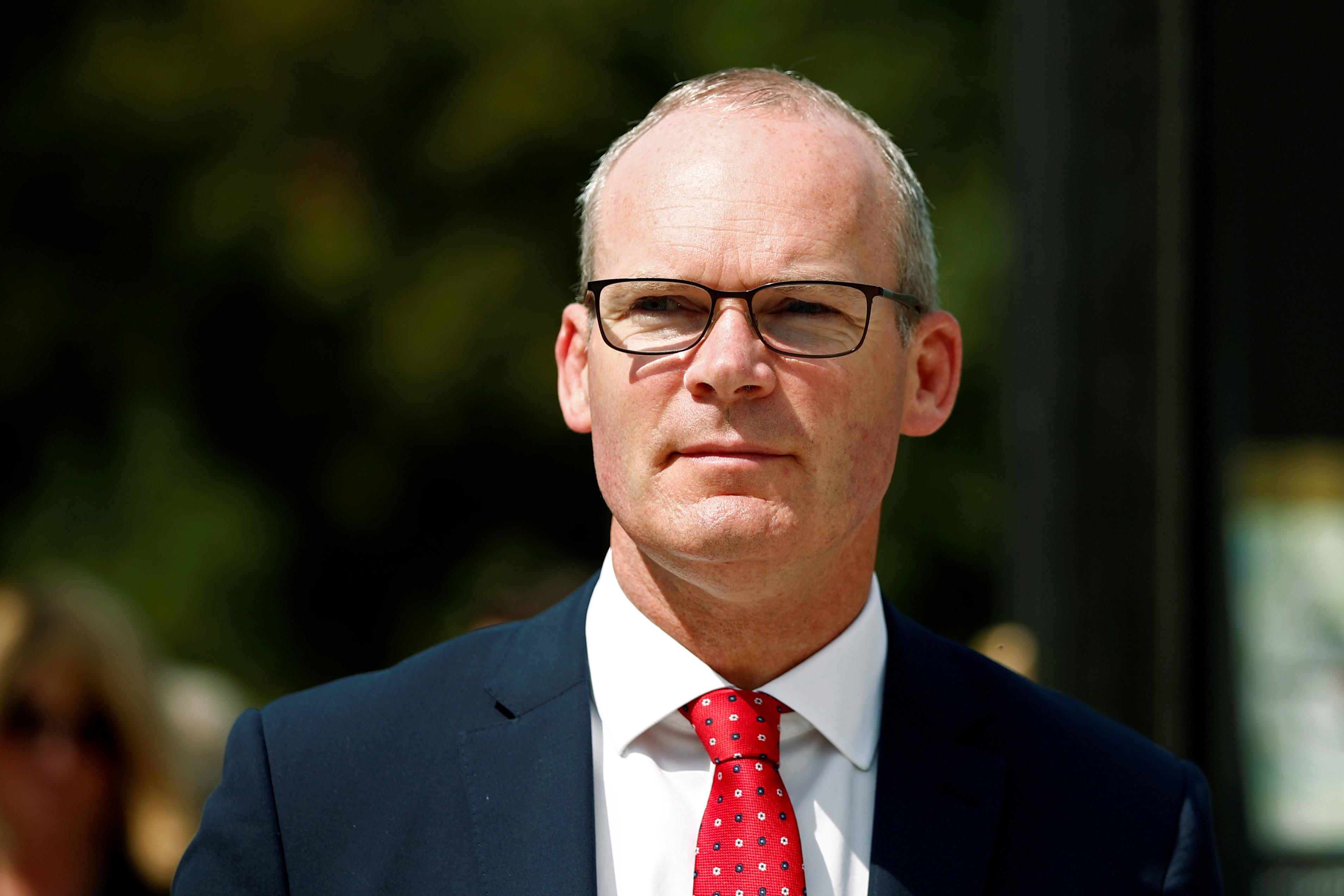 Irish Foreign Minister Simon Coveney was speaking after hopes of a resolution to the tortuous three-year Brexit process were raised in recent days. Sterling shot up to a 2-month high on Thursday when European Commission President Jean-Claude Juncker said a deal was possible.

Coveney repeated Juncker’s sentiment but cautioned that the gap was still wide and he underscored the risks of a disorderly Brexit – civil unrest on the island of Ireland and a dislocation of trade.

“I think the mood music has improved,” Coveney told BBC radio. “We all want a deal, we all know that a no-deal will be a lose, lose, lose for everybody, but particularly for Ireland and Britain.

“But I think we need to be honest with people and say that we’re not close to that deal right now. But there is an intent I think by all sides to try and find a landing zone that everybody can live with here.”

British Prime Minister Boris Johnson has repeatedly said he wants to strike an amended deal at an EU summit on Oct. 17-18 but that if that is not possible then he will lead the United Kingdom out without a deal.

Coveney said Johnson was serious about seeking a deal but that Dublin was still waiting for “serious proposals”. But he cautioned against political spin.

“Everybody needs a dose of reality here, there is still quite a wide gap between what the British government have been talking about in terms of the solutions that they are proposing, and I think what Ireland and the EU will be able to support.”

Britain said on Thursday it had shared documents with Brussels setting out ideas for a Brexit deal, but an EU diplomat described them as a “smokescreen” that would not prevent a disorderly exit on the Oct. 31 departure date.

Ireland is crucial to any Brexit solution. The 500 km (300 mile) land border between Ireland and the United Kingdom’s province of Northern Ireland has always been the biggest stumbling block for an orderly Brexit.

The Withdrawal Agreement that former Prime Minister Theresa May struck in November with the EU says the United Kingdom will remain in a customs union “unless and until” alternative arrangements are found to avoid a hard border.

But many British lawmakers oppose the prospect of being bound to EU rules and customs duties that would prevent Britain doing its own trade deals and leave it overseen by EU judges. Johnson says the backstop is undemocratic and must be removed.

Coveney, Ireland’s second most powerful politician, said a no-deal could lead to civil unrest and undermine the fragile peace secured by a 1998 U.S.-brokered agreement to end decades of sectarian and political conflict in Northern Ireland.

“Trade across 300 road crossings that has created a normality and a peace that is settled on the island of Ireland for the last 20 years, that now faces significant disruption,” he said. “That is what we’re fighting for here.

“Ireland is in no doubt as to what a no deal means for us,” he said. “It is very damaging, very difficult and it poses huge questions for politics and potentially for the management of civic unrest in the context of Northern Ireland, around the border question.”

Johnson also faces challenges on the home front. After three days of hearings which ended on Thursday, Britain’s Supreme Court is due to rule early next week on whether he acted unlawfully when he suspended parliament for five weeks in the run-up to the departure date.

If the ruling goes against him, Johnson could be compelled to recall parliament ahead of schedule, giving the legislature additional time to challenge his plan to lead Britain out of the European Union on Oct. 31 with or without a divorce deal.