But is Storm Callum coming to the UK, when will it hit us and what is the latest forecast? Here's what we know so far. 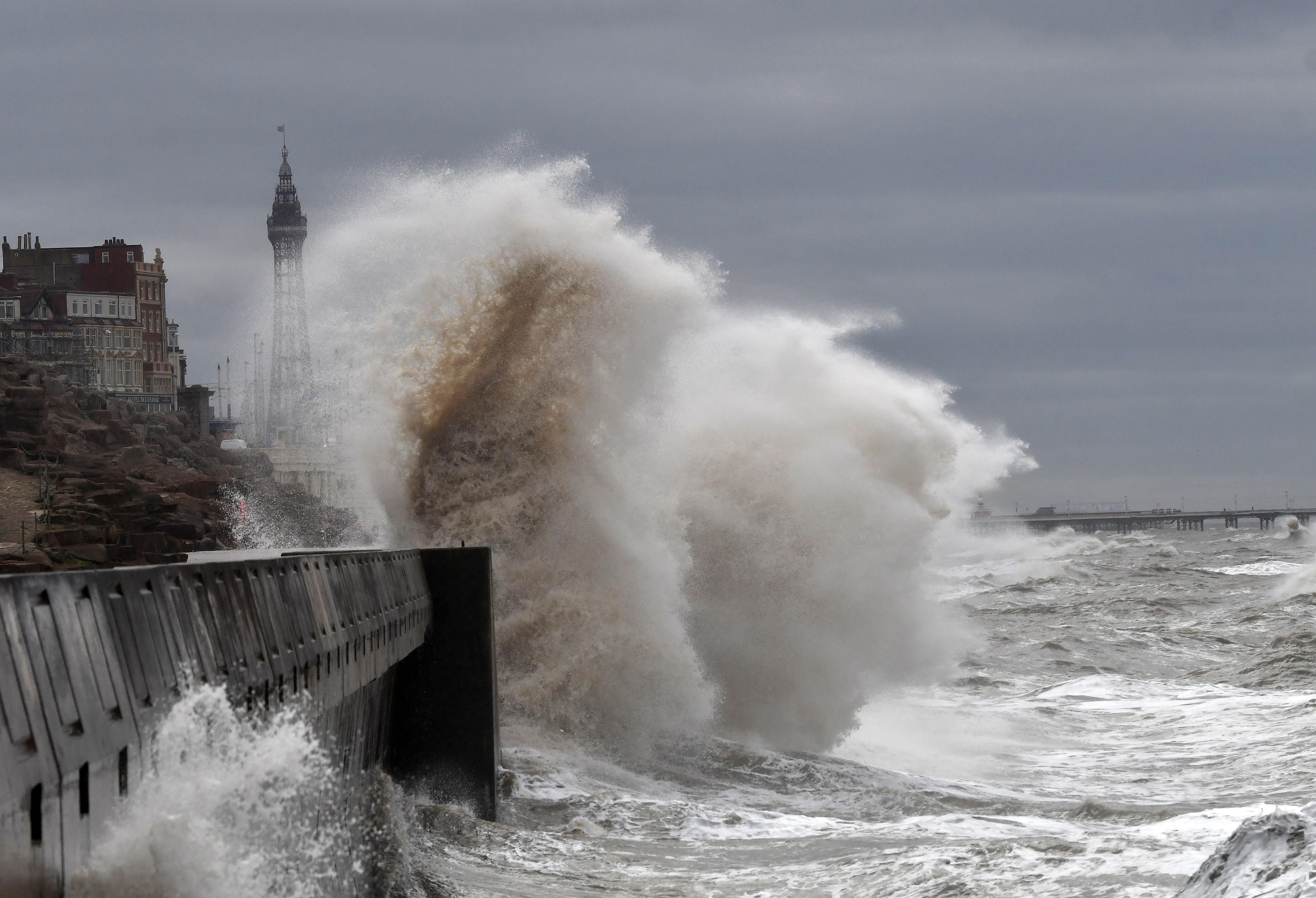 Is Storm Callum coming to the UK?

The storm has not yet been given a name – but could be called Callum if the weather becomes severe enough.

Forecasters in the UK have cautioned that a yellow warning for wind could be escalated as the storm approaches Northern Ireland, Western Scotland and parts of Northern England.

What is the latest forecast?

Forecasters have predicted "changeable" conditions from Friday with some "wet and very windy weather".

The Met Office has issued a yellow warning for wind, warning that a spell of windy weather could cause some disruption in large parts of Scotland, North West England and Northern Ireland.

Wind speeds of up to 80mph are expected in exposed coasts and hill, with a chance of over 80mph in the Western Isles during Friday afternoon and evening.

A rain warning in place all day will affect North West England, Wales and Yorkshire & Humber.

The Met Office has also predicted more than 100mm of rain by the end of the day, with "potential for surface water flooding". 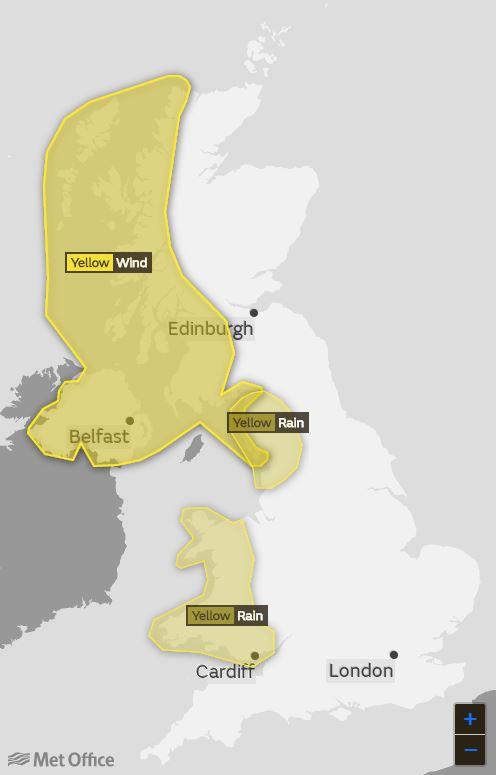 Meanwhile residents in the North West should expect "a small chance of injuries and danger to life from flying debris", with a chance of some damage to buildings from the high wind speeds.

Strong winds and high tides could even lead to "coastal impacts due to large waves".

On Saturday the wild weather is set to continue, with up to 150mm of rain expected in some upland sites in the West Highlands by Tuesday.

Yellow warnings are in place for wind and rain in large parts of Scotland, North West England and Northern Ireland.

Wales and the North East will also be hit by torrential downpours on Saturday. 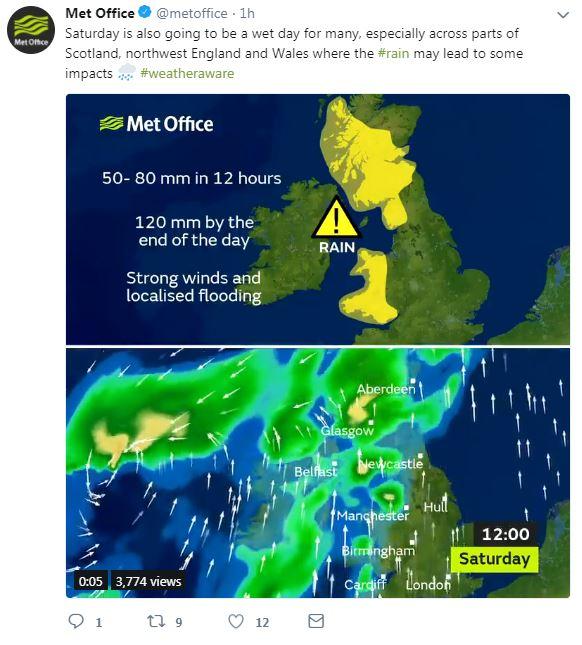 Where is Storm Callum?

The wet weather is set to come on the tail-end of Tropical Storm Leslie, which in the middle of this week is helping sweep up warm air from the Canary Islands to Britain.

Temperatures could see a high of 25C on Wednesday and Thursday, according to the Met Office.

Anything over 23.6C would be Britain’s hottest October day since 2011, Met Office records show.

When will Leslie hit the UK?

The storm is expected to bring stormy weather over the next few days.

On October 9 a fishing boat had to be rescued six miles off shore due to severe weather.

But it is not yet clear if forecasters will see fit to name Callum.

They usually publish weather warnings to tell of stormy weather to come — and use the naming system to help the public stay aware.