El Shafee Elsheikh, 29, and Alexanda Kotey, 34, were captured in Syria in January after ISIS fled its former "capital" Raqqa. 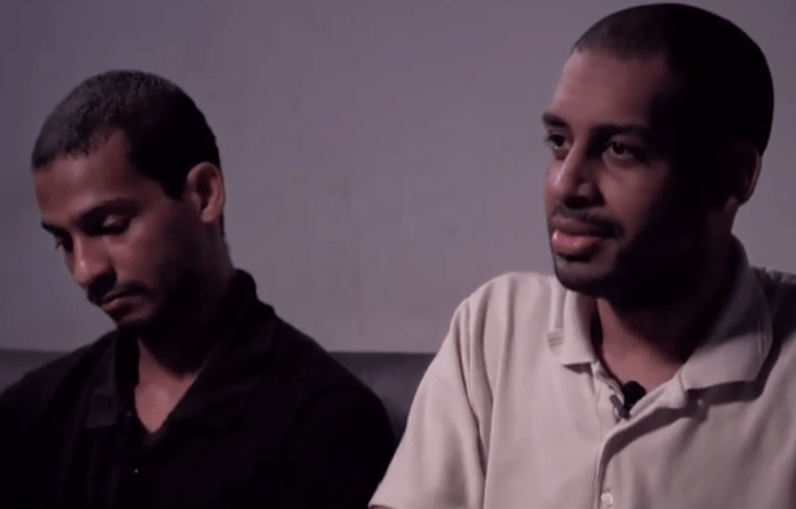 They are being held in the US and are fighting to dodge a potential death penalty by being extradited back to Britain.

Kotey, a London-born former drug dealer whose wife and two children remain in the UK, said he was aware his alleged accomplice Mohammed Emwazi had been nicknamed "Jidahi John".

But the smirking suspected terrorist added: "He's a friend of mine".

Emwazi, killed in a drone strike in 2015, became the face of Islamic State's depraved campaign of terror after the broadcast beheadings of aid workers David Haines and Alan Henning. 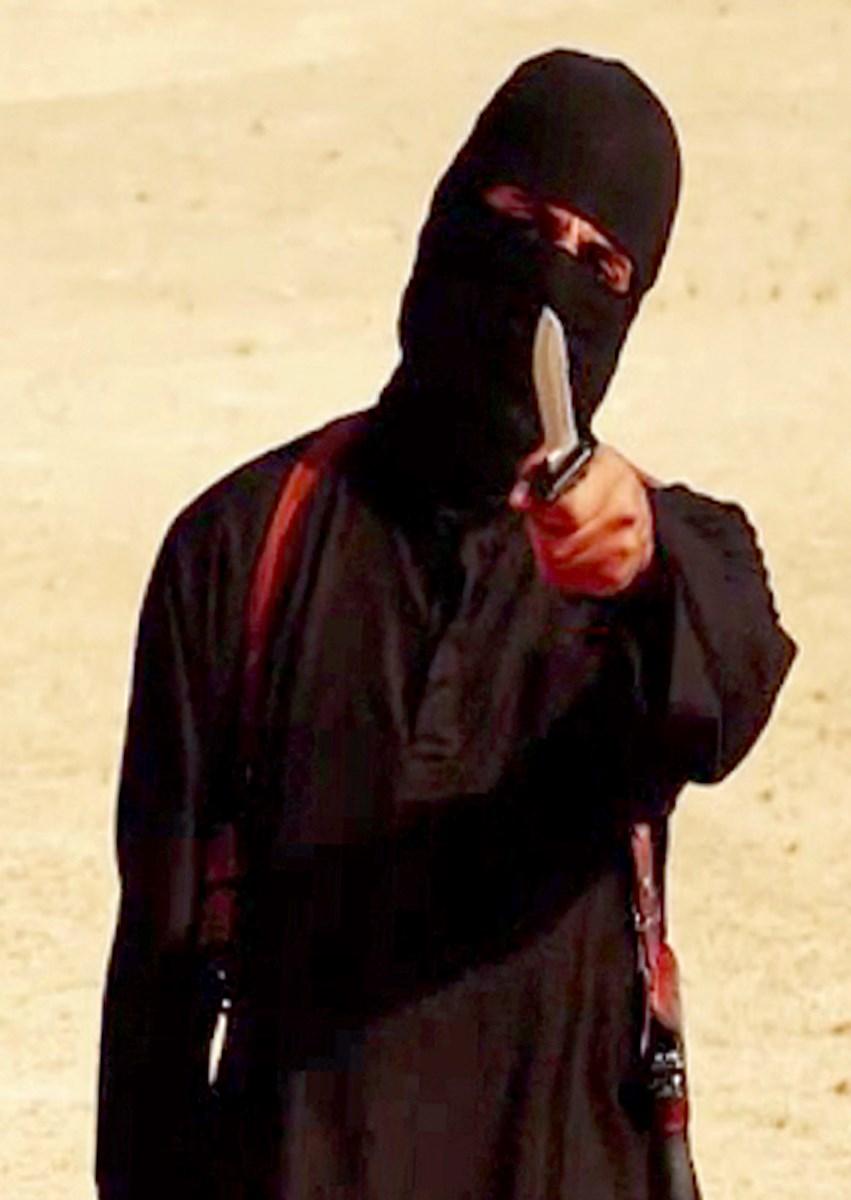 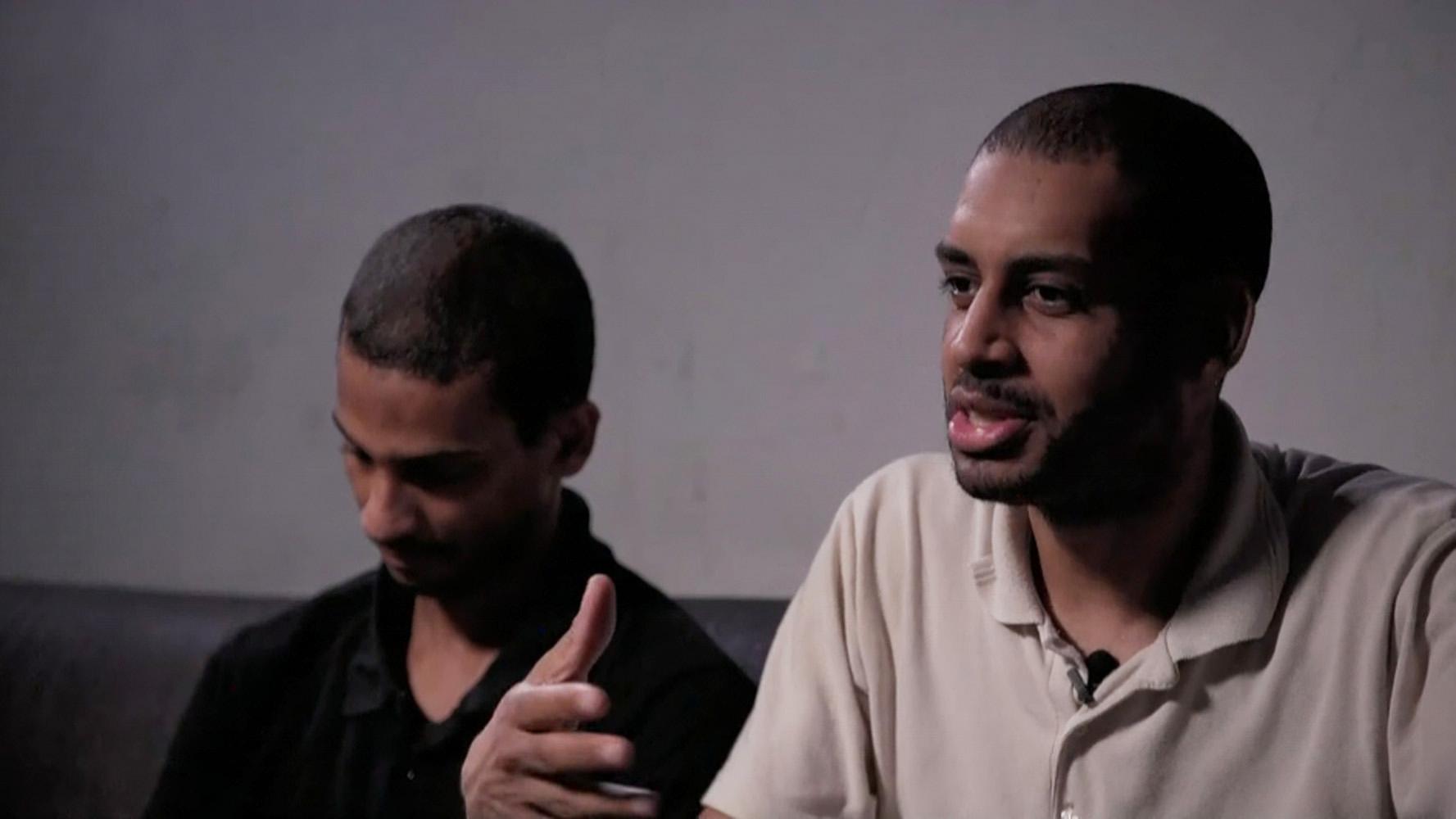 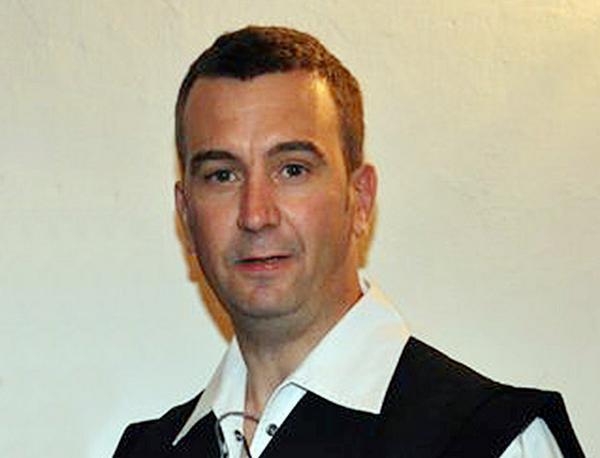 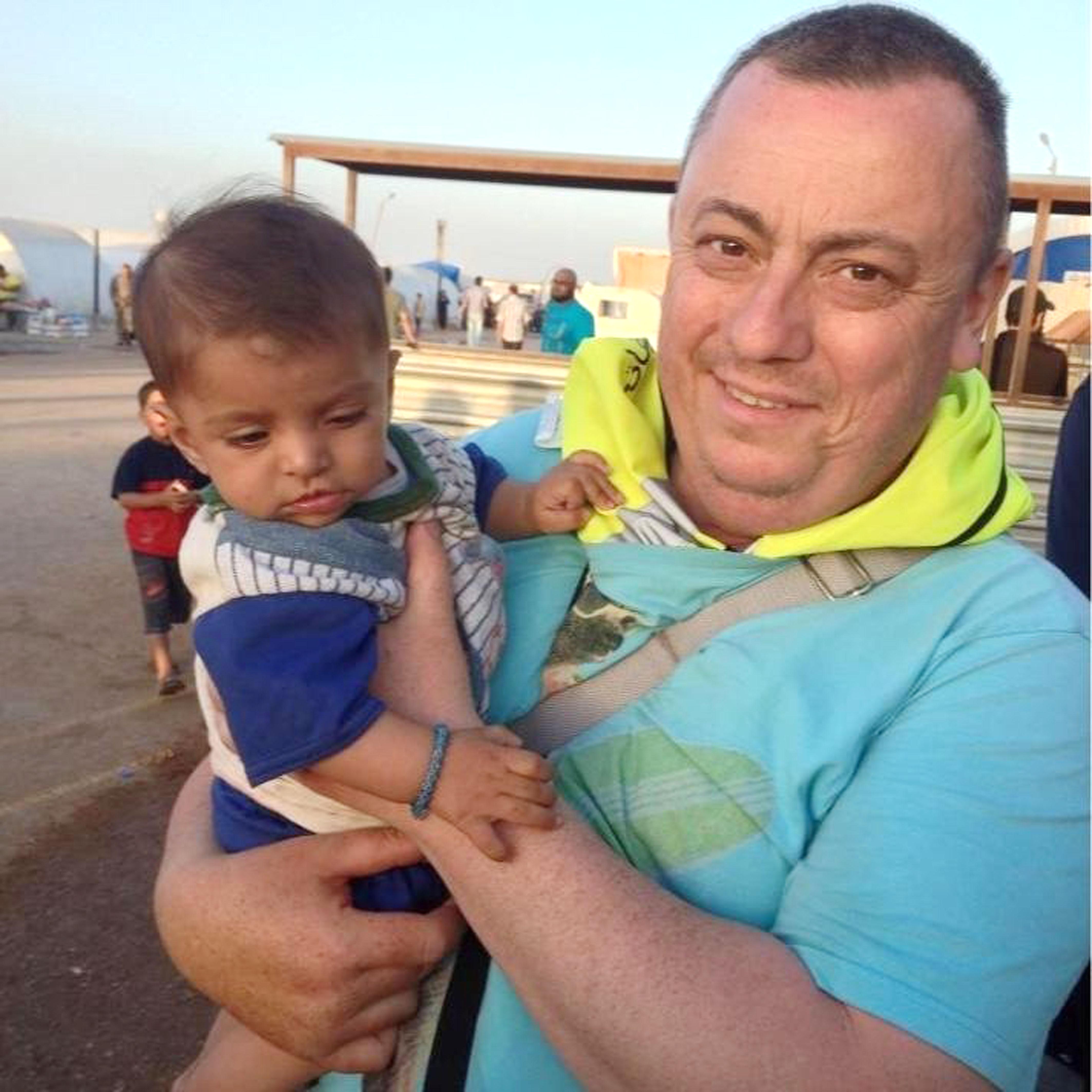 When confronted with the murders, Kotey said: "I chose to remember him differently".

He told the BBC's Quentin Somerville: "I took a position of not speaking of him at all in a negative way".

El Shafee Elsheikh refused to expand on his role in ISIS "for legal reasons".

But he insisted that it had not been "confirmed" that he has lost his British citizenship.

He added: "What makes the British government want a British citizen to be tried in America?" 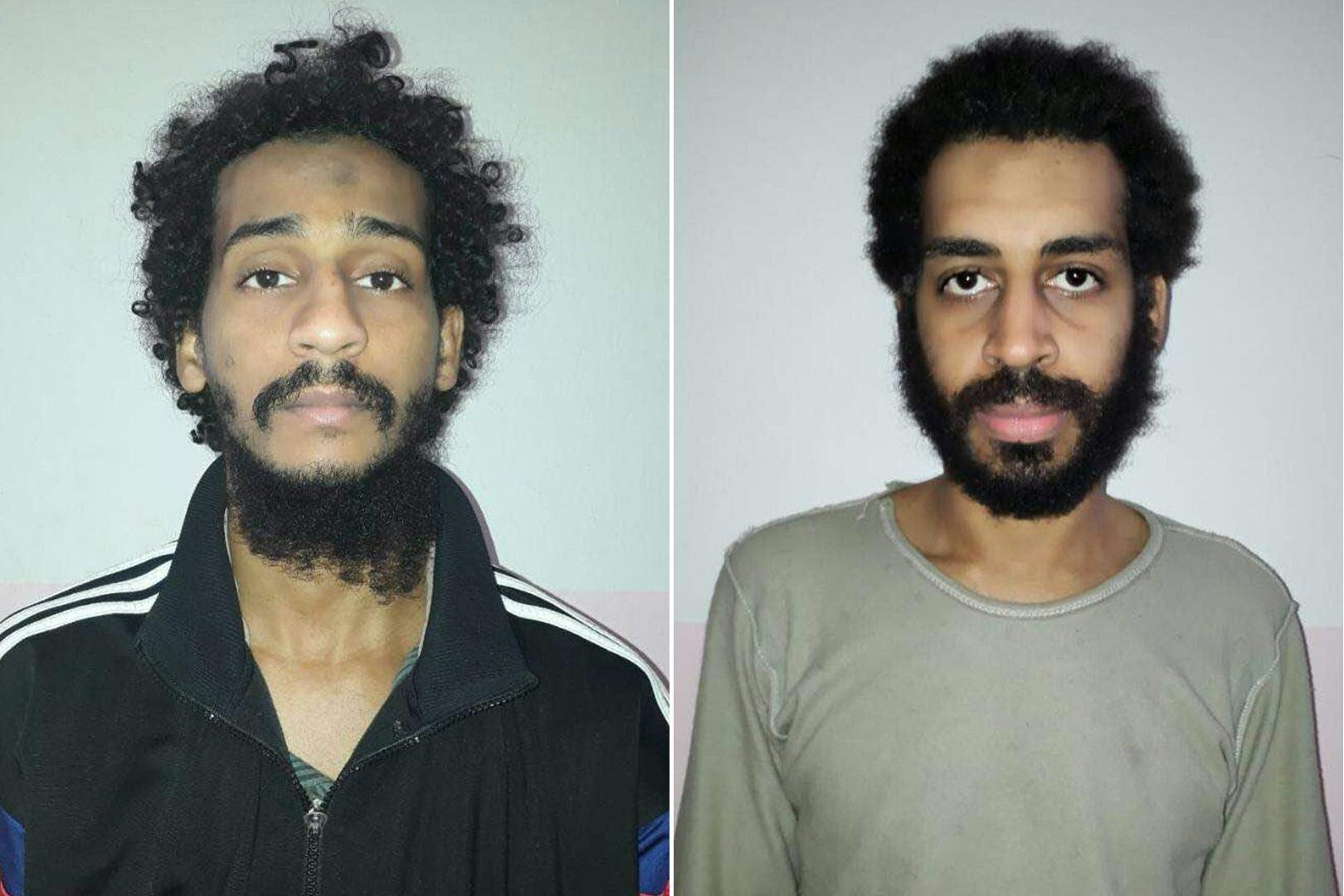 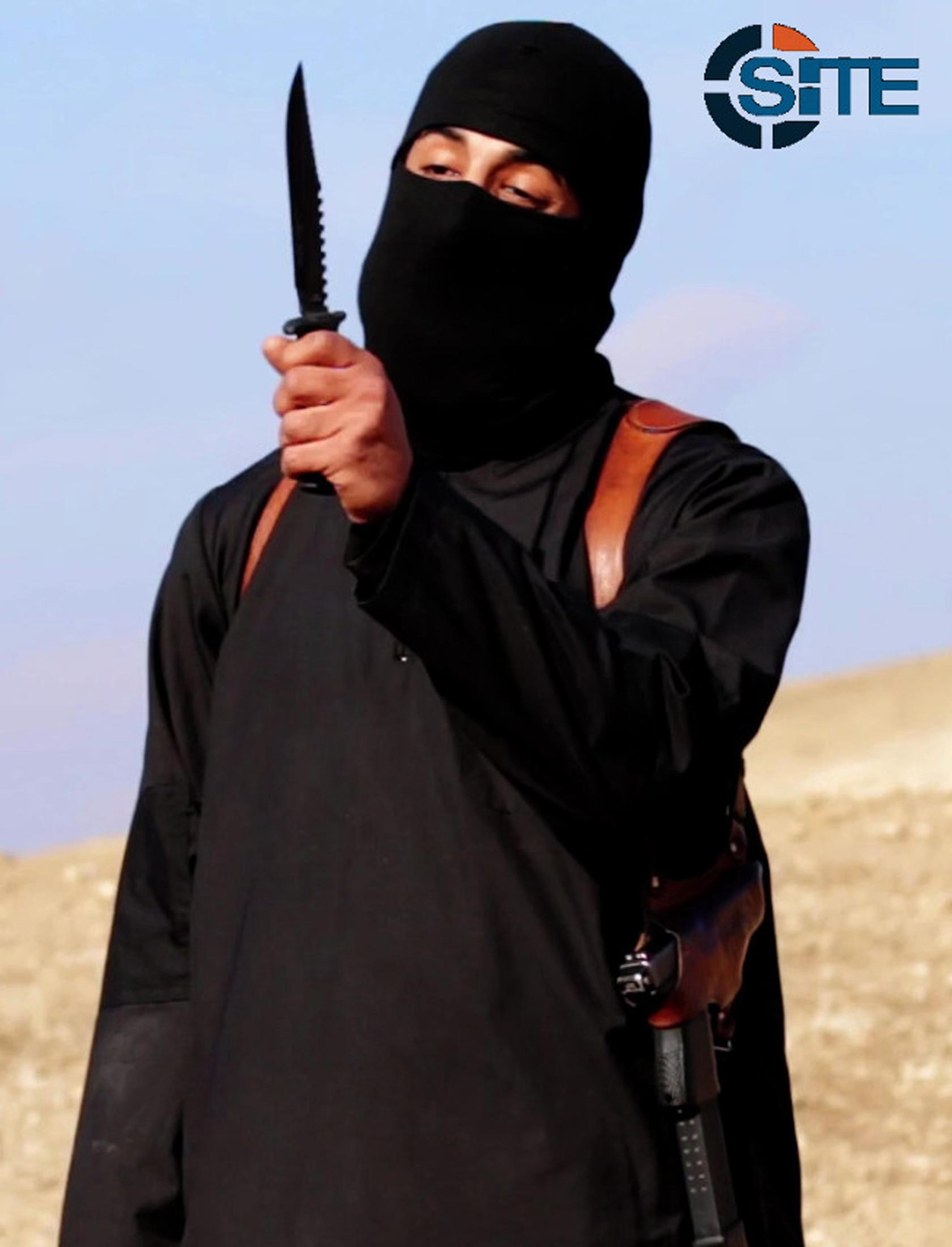 They spoke to BBC Newsnight last night as they denied being part of ISIS' ruthless hit squad.

Along with Emwazi and Anie Davis — a Londoner imprisoned in Turkey — El Shafee Elsheikh and Kotey were known as The Beatles because of their British accents.

They are desperately calling to be tried in the UK — claiming their human rights are being denied.

The pair face the death penalty if they stand trial in America.

The sick Beatles cell is alleged to have mutilated, beheaded and crucified at least 27 hostages and tortured many more. 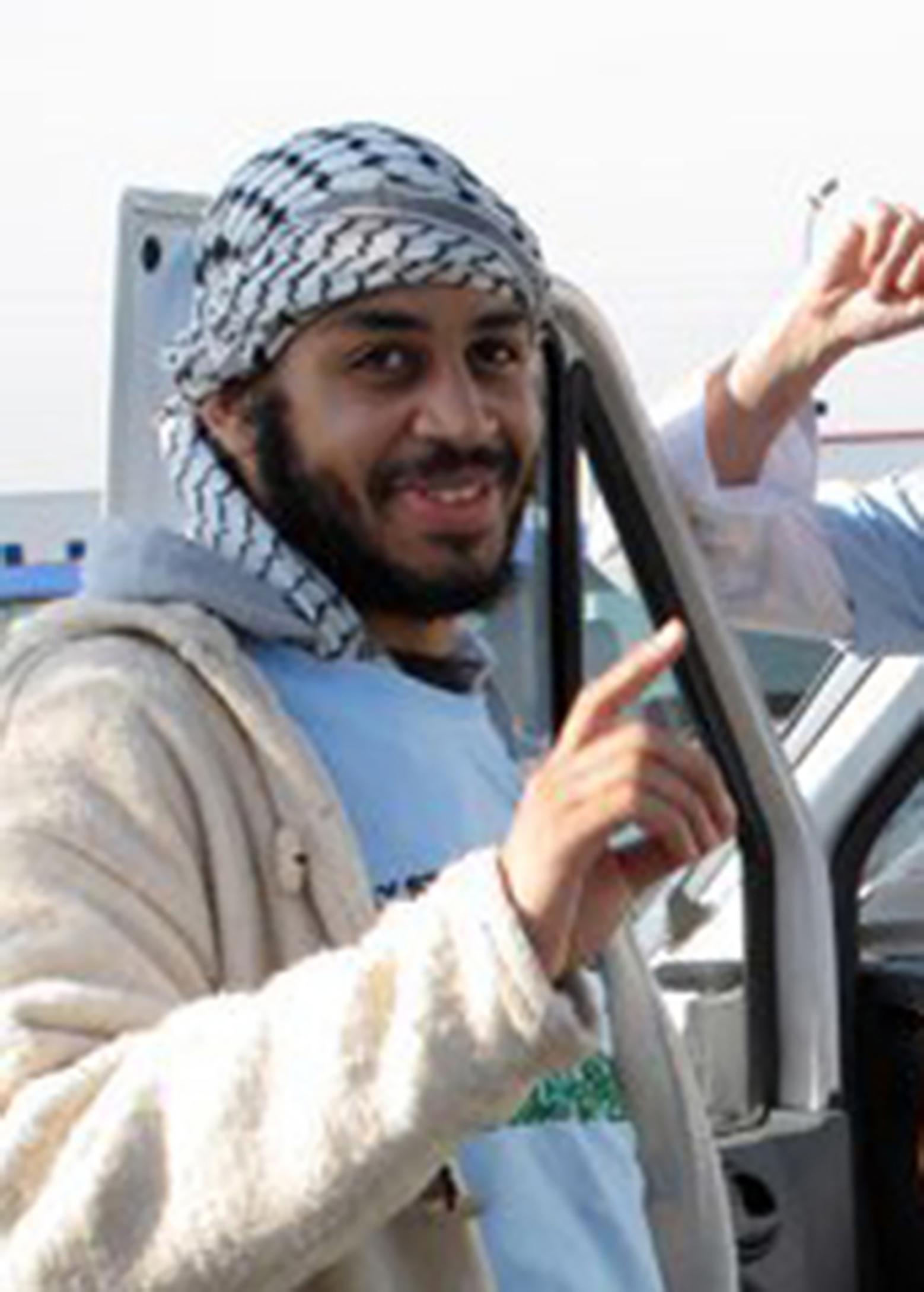 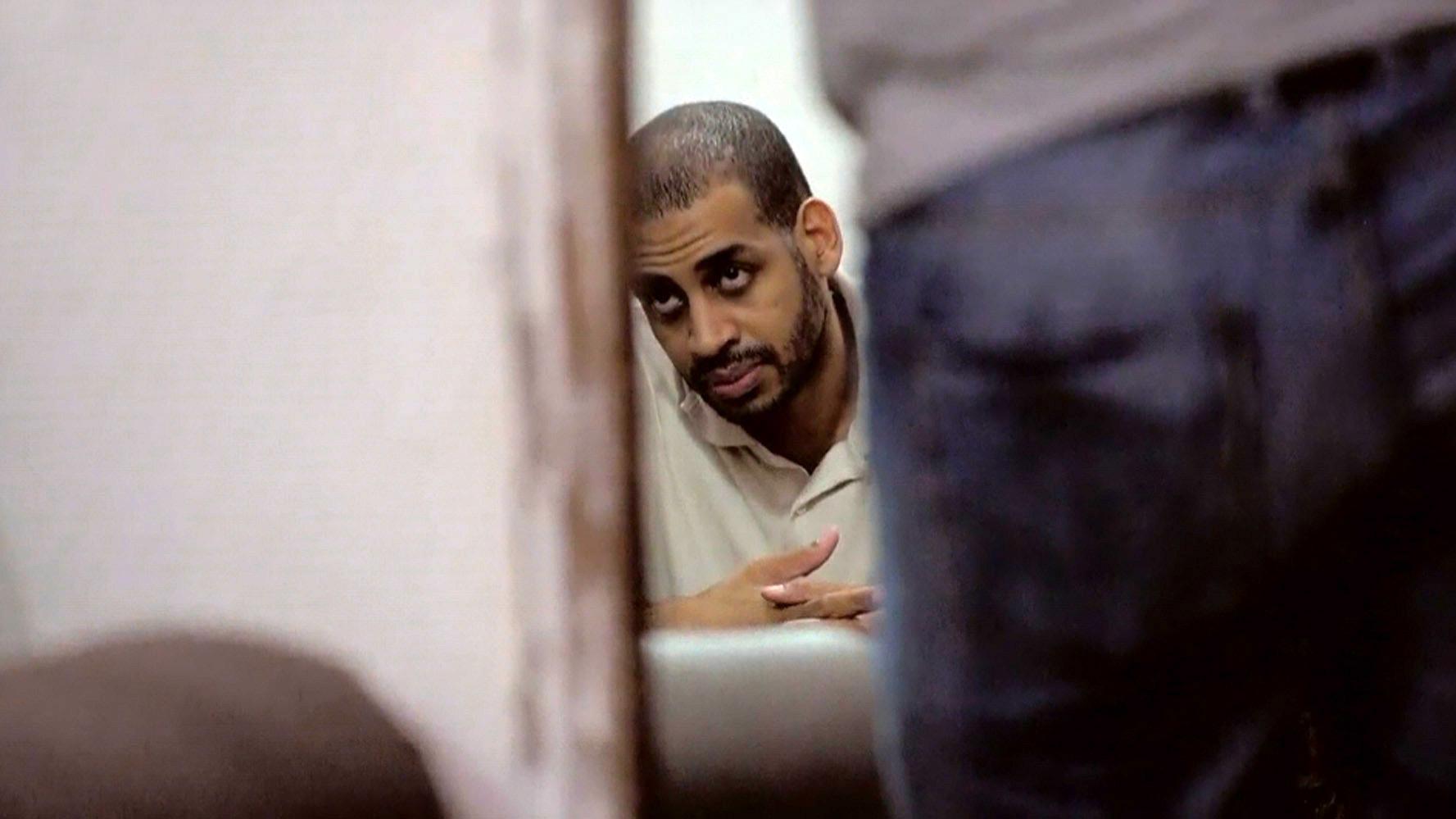 The Home Office last month temporarily withdrew a "mutual legal assistance" agreement with the US after a request for one of the men's lawyers.

But Home Secretary Sajid Javid had earlier said he wanted to see El Shafee Elsheikh and Kotey tried on terror charges in the United States.

Extradition to the UK would heap pressure on British prosecutors to gather mountains of concrete evidence to ensure the men are convicted.

In a letter, Mr Javid told US Attorney General Jeff Sessions: "In this instance we believe that a successful federal prosecution in the US is more likely to be possible because of the differences in your statute book and the restrictions on challenges to the route by which defendants appear in the US courts.

"The U.S. currently has additional charges for terrorism which are not available under UK criminal law, and those offences carry long sentences."

Building a case in the UK against the men could prove difficult given that many documents and forensic evidence would have been destroyed in the warzone.

Evidence obtained by torture can also be thrown out by the courts — and reliable eyewitness accounts are rare as fighters often wore masks.

A diplomat told The Daily Telegraph: "Getting enough evidence to be confident of a conviction at home is difficult, so our preference is to leave them there.

"But the problem is the SDF does not have a recognised legal system. Basically it is a bit of hot potato that we want to make sure we're not left holding."

An estimated 850 Brits left to fight for ISIS, with around 400 returning — of which only 54 were convicted, the Home Office said last year.