Is this an ISIS ‘blooper’ reel? Footage ‘seized by US military’ shows terrorists crashing into each other while doing leap-frogs, falling over and performing awful martial arts

Several videos were reportedly sized by U.S. military in Afghanistan earlier this month, and the army has since released a four-minute compilation of ‘bloopers’. 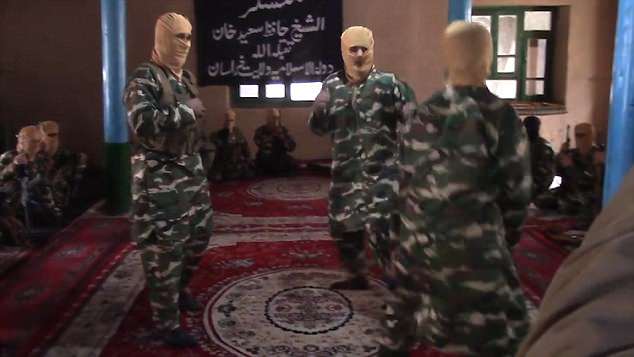 ISIS have become known for carefully staged propaganda videos, however, if this does show their fighters, it is unlikely that the terrorist group ever wanted it to see the light of day.

In one clip, the masked men, dressed in camouflage jackets and trousers and bright orange balaclavas, are seen leapfrogging. However, several of them trip and fall over their fellow fighters.

In another, two fighters are appearing to do some form of martial arts, but are mainly left punching the air and one tries – and fails – to do a snap kick.

The men are also seen trying to do coordinated push-ups, but they can’t seem to get the timing right and are out of sync.

Another clip shows a fighter aggressively spouting a message to the camera, however, the hole cut out in his balaclava for his eyes is too small, and he keeps having to pull down the mask to be able to see. 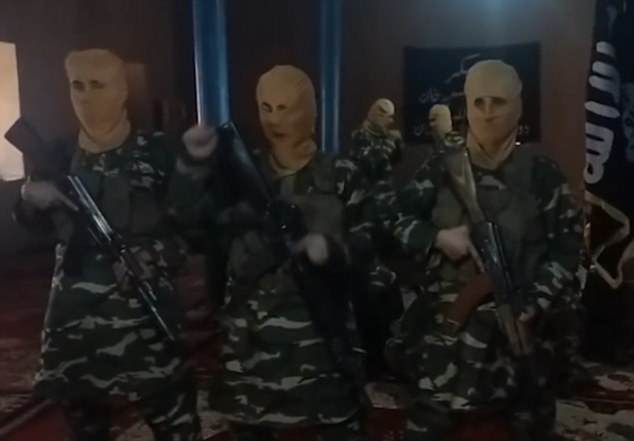 Seeing orange: One of the terrorists is seen angrily spouting propaganda to the camera, but his balaclava keeps riding up above his eyes 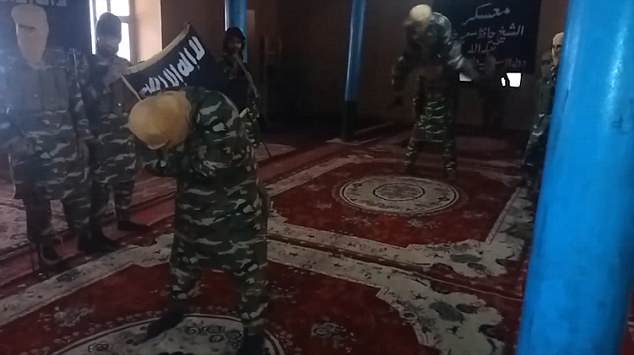 ISIS men can’t jump: Several of the ISIS terrorists-in-training fall over when they try to do leap-frog jumps 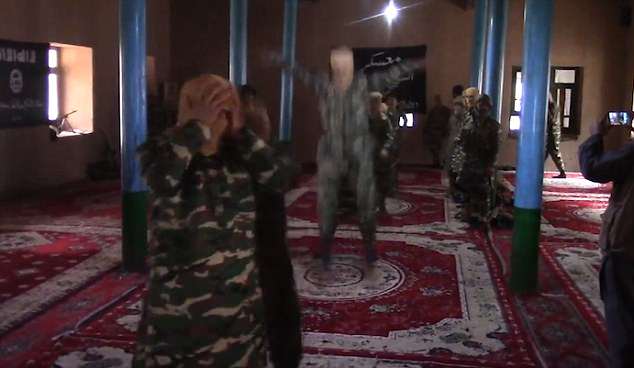 Smack: A fighter is knocked in the head when another clumsily leapfrogs over him 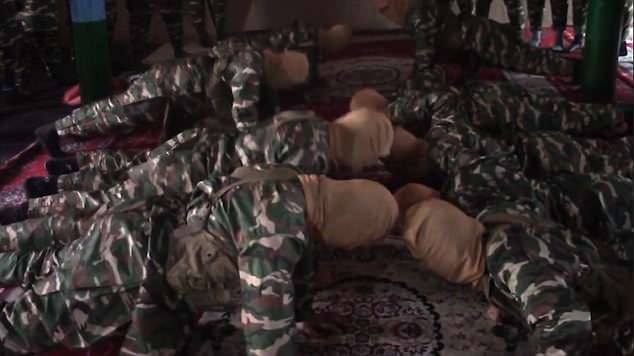 Up or down: The ISIS-Khorasan Province fighters are less than impressive trying to do co-ordinated push ups

Stars and Stripes reports that the video was released last week by a US special operations task force in Afghanistan, where ISIS’s branch is known as ISIS-Khorasan Province.

When it first emerged in 2015, ISIS-KP overran large parts of Nangarhar and Kunar provinces in the east, and have since spread north and carried out multiple devastating attacks in the capital Kabul.

Last year, Afghan and U.S. forces started a campaign to push ISIS out of the region.

While they’ve taken back the vast majority of the group’s territory, they have failed to completely eradicate the group in the country.

In late 2017, the group were thought to have some 3,000 fighters in their ranks, with several foreigners reported to have joined ISIS-KP. 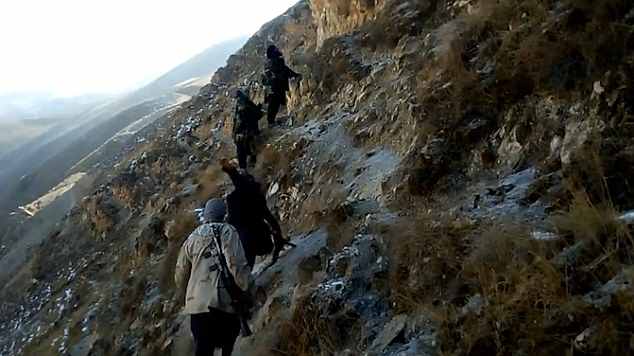 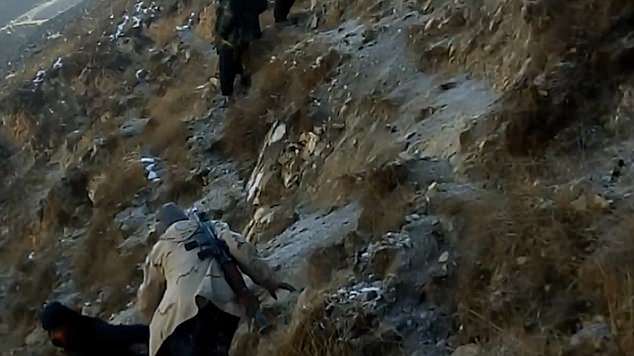 Taking a tumble: Some of the alleged jihads slip over as they struggle on the mountainside